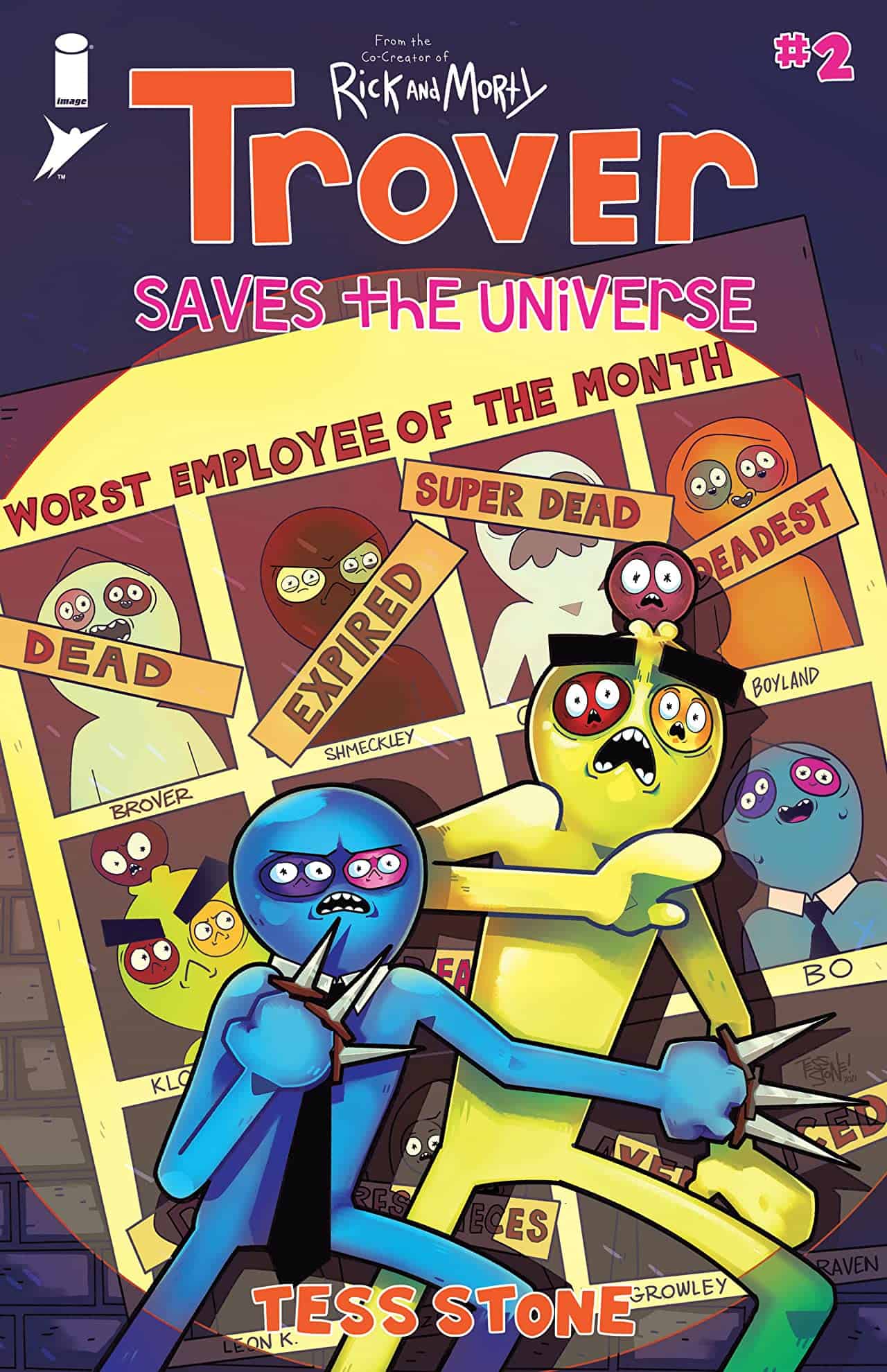 Based on the acclaimed video game by Rick & Morty co-creator, JUSTIN ROILAND!

Falsely accused of murdering their co-worker, ICJ employees Klover and Bo flee to Chairorpia, home to the laziest beings in the universe. But when a new Cosmic Job pits Klover and Bo against each other, their rivalry threatens to derail their hunt for the real killer! 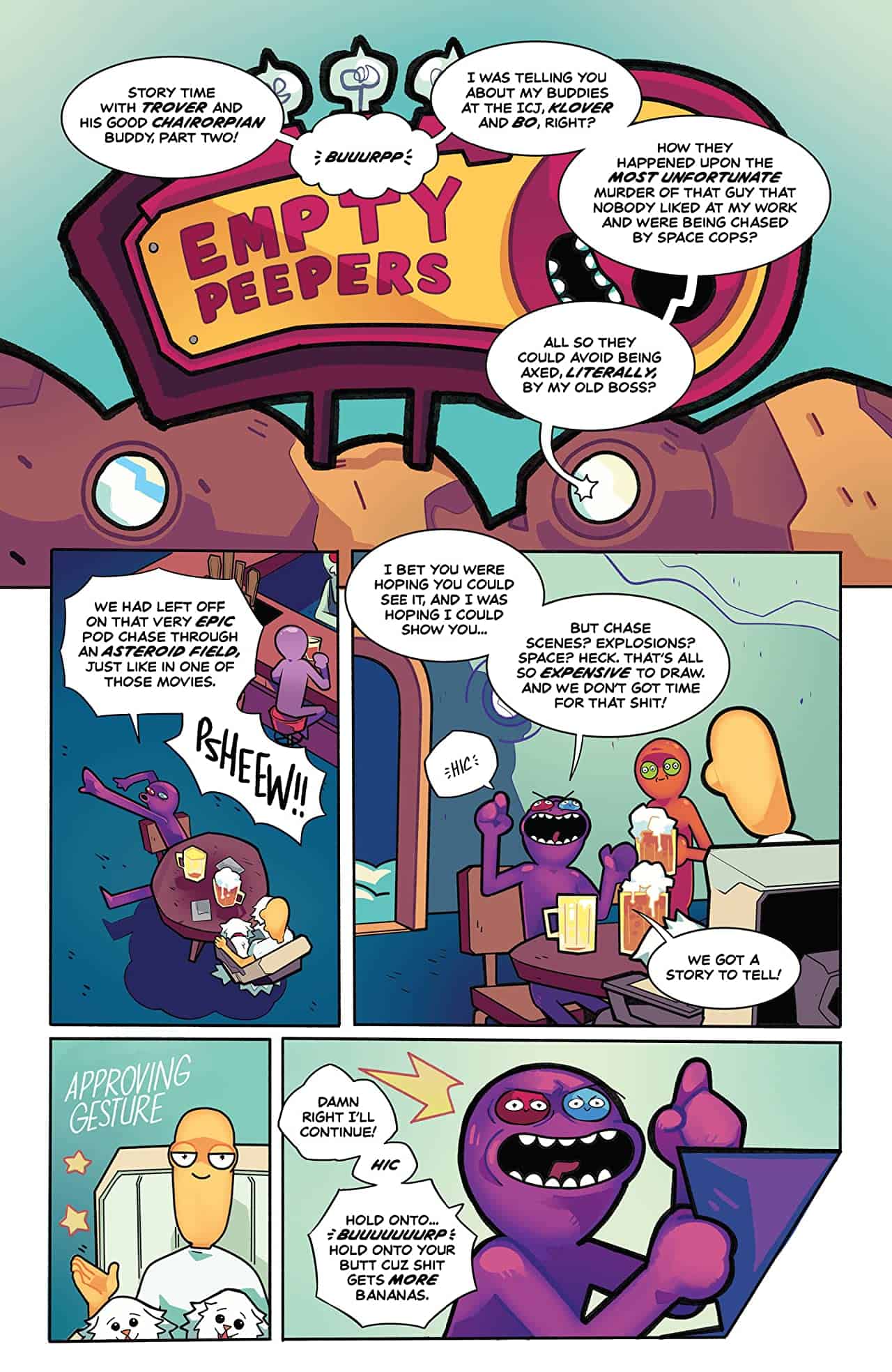 The hilarious struggle of Bo and Klover continues in Trover Saves The Universe #2. Tess Stone once again wears all the hats in bringing Justin Roiland’s video game to the comic medium. Stone appears to be having a lot of fun with Trover Saves The Universe and it shows. The cover of this issue is a homage to the class cover of The Uncanny X-Men issue #141, the first issue of the “Days of Future Past” storyline. The nods do not end with the cover. Bo and Klover even clear out a room with lightsabers like it was straight out of Rey and Kyle Ren’s throne room fight in The Last Jedi. It’s fun nods like the ones to the X-Men and Star Wars that make Trover Save The Universe such a fun read. 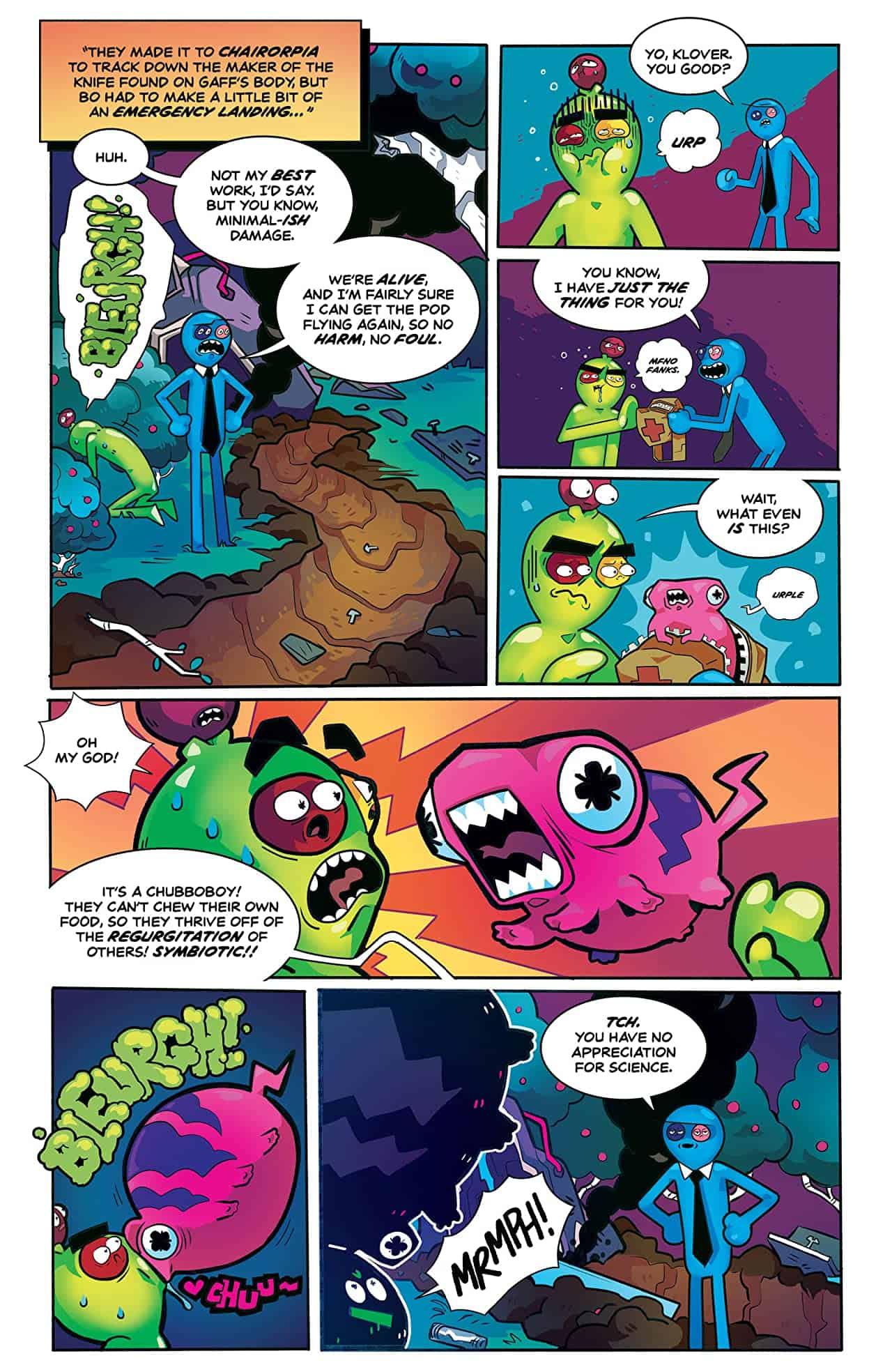 The video game knew exactly what it was and played into it, just as the comic is doing the same. That being said, there was a lack of fourth wall breaking, which is something that I felt was a strength of the first issue. The only instance we get in this issue is Trover peeling the panel away to return the narrative to his present moment at the bar. This very well may be because Bo and Klover are in pursuit of the power baby that would give them the ability to break the fourth wall. The advertisements for the ICJ and Knife Guy Steve Knife Emporium are so much fun and perfectly demonstrate how Stone can take a VR video game and bring it to the pages of a comic without losing anything in between. The repetition of knife jokes in this issue was a highlight for me. Even hearing “Knife Guy Steve” is funny. Everyone needs a knife guy, right? Especially a knife guy that sells “Live, Laugh, Knife” shirts. Whether it is a package full of sensitive materials that are definitely what you think they are or the hilariously incompetent Captain Bungleoh and Officer Wingledangle, Trover Saves The Universe #2 has plenty of fun and laughs and is worth picking up.

Trover Saves The Universe #2 continues the hilarious adventure of Bo and Klover as they stumble their way into finding a killer and save their lives in the process!