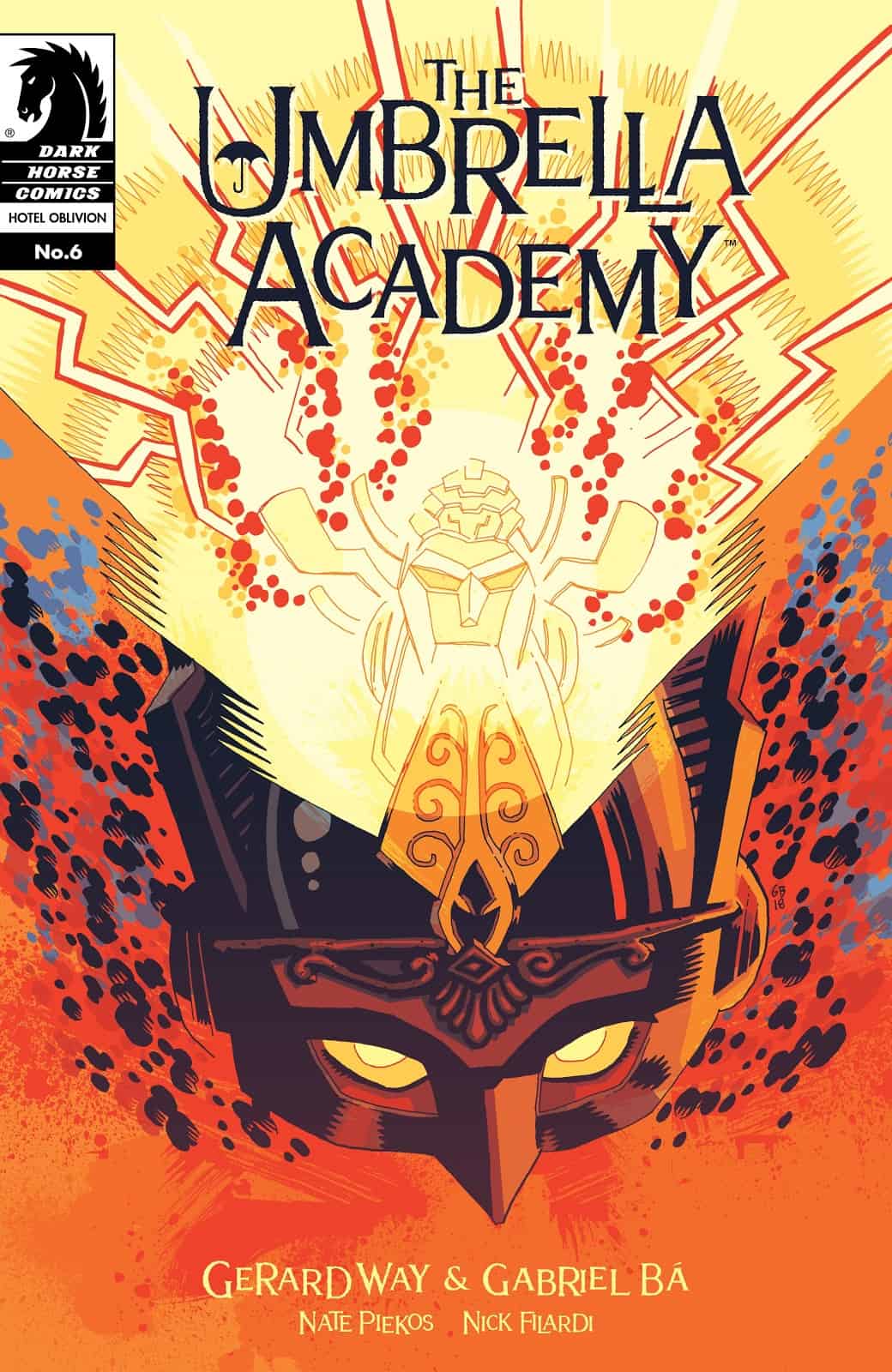 As this third volume gets near its conclusion, all of the Academy's villains have escaped from Reginald Hargreeves' space prison known as the Hotel Oblivion. 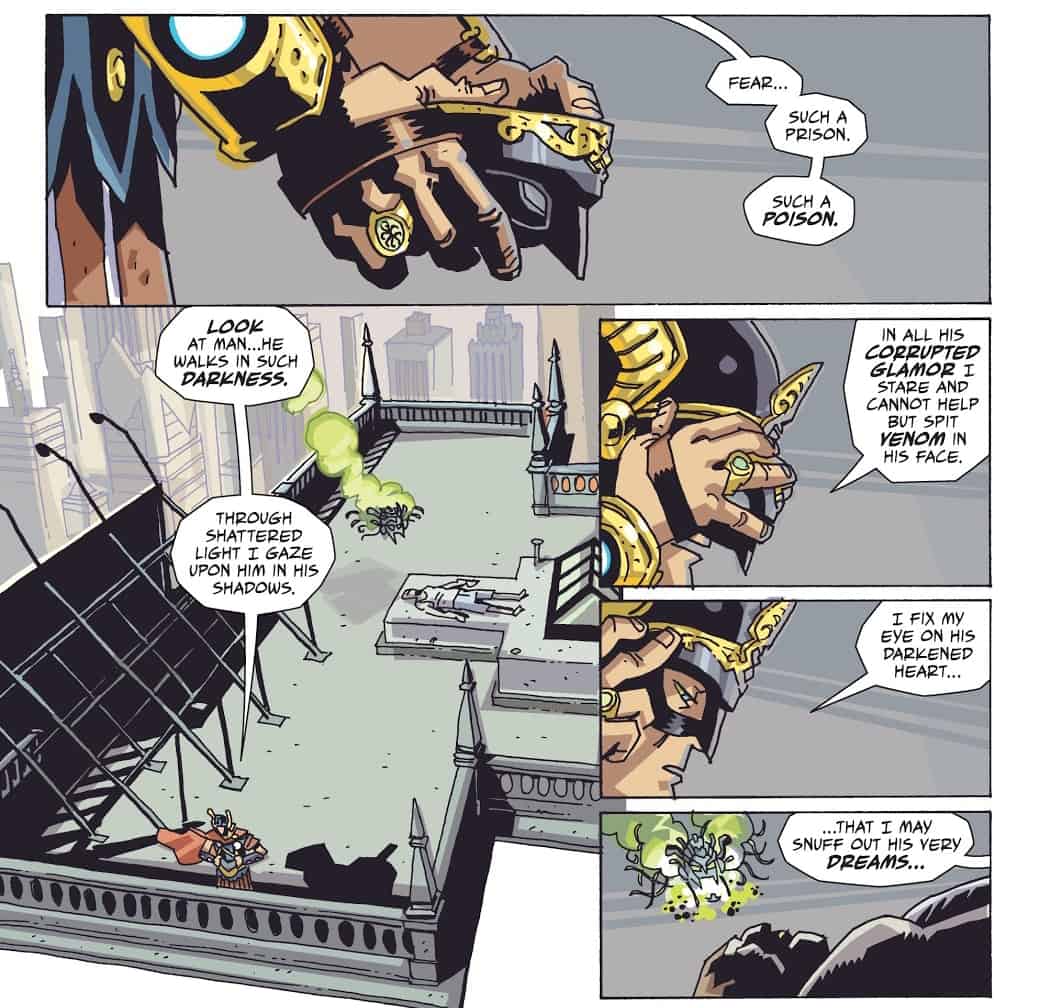 This issue was a highlight, not only for the Hotel Oblivion arc but for the Umbrella Academy series as a whole, in my opinion. The start of this arc may have been a bit of a slow crawl but it appears to be ending with a bang.

This issue is filled with classic superhero action as the Academy’s greatest villains lay siege on The City all at once. Pages of city demolishing action as we are introduced to dozens of villains never before shown in the series as well as the returns of a few we saw glimpses of in previous volumes and short stories. This issue really pulled out all the stops as story lines and characters come together amid the carnage and chaos.

The art was as usual; brilliantly stylized. Highlights including the richness in variety of character designs and the splash pages of villainous mayhem. The character designs ranged from golden age to modern and included comic homages as well as references to mythology and cryptozoology.

This issue was endlessly exciting and a great set up for this arc’s finale. 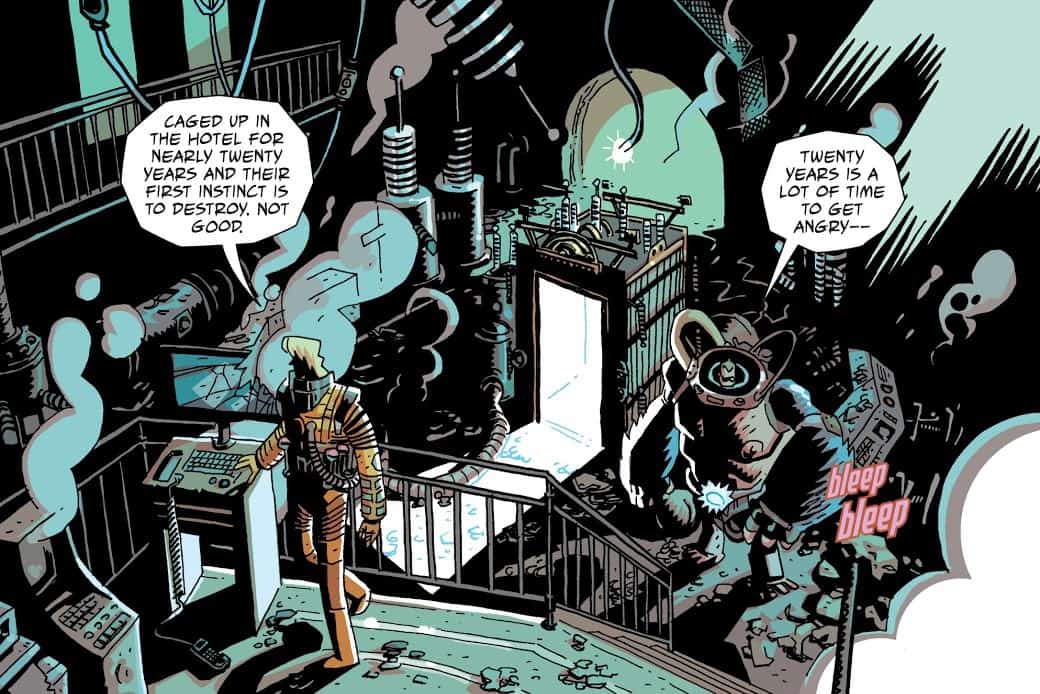 This was a spectacular issue filled with tons of superhero style action and a wealth of interesting characters.