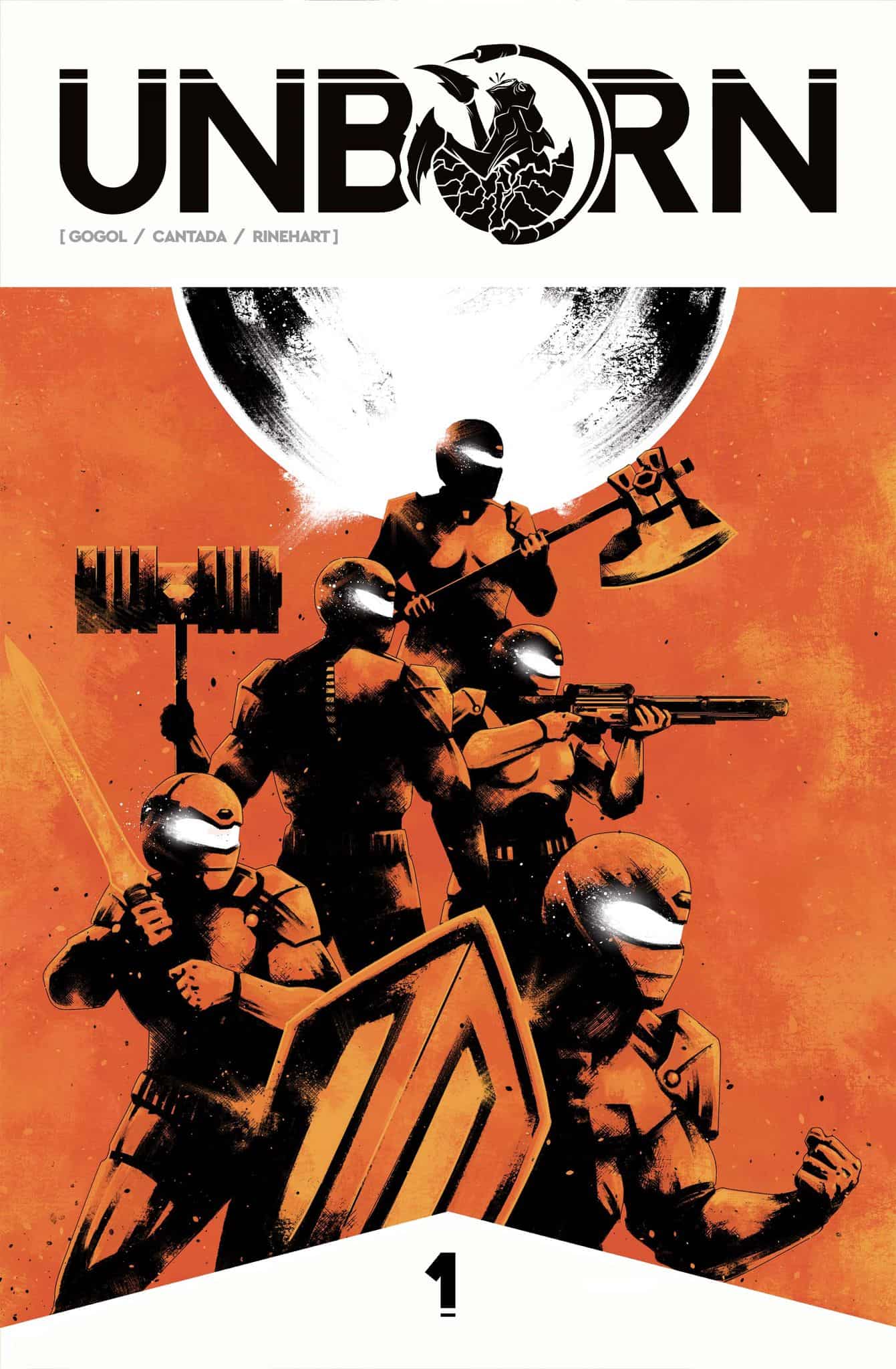 On a deep space mission to gather critical fuel cells to bring back to a desperate Earth, the crew of the Goliath seems to be up to more than it would appear. When a shocking new threat hits the crew, all well-crafted plans begin to crumble and the future of humankind hangs in the balance!

Unborn is genre story not unlike many like it in many ways. The deep space crew collecting resources for Earth that encounters a monster/new species/supernatural threat is a trope we’ve seen time and again. What sets stories in this genre apart tends to fall into two categories: the visuals and the characterizations. In both categories, Unborn is an absolute success. 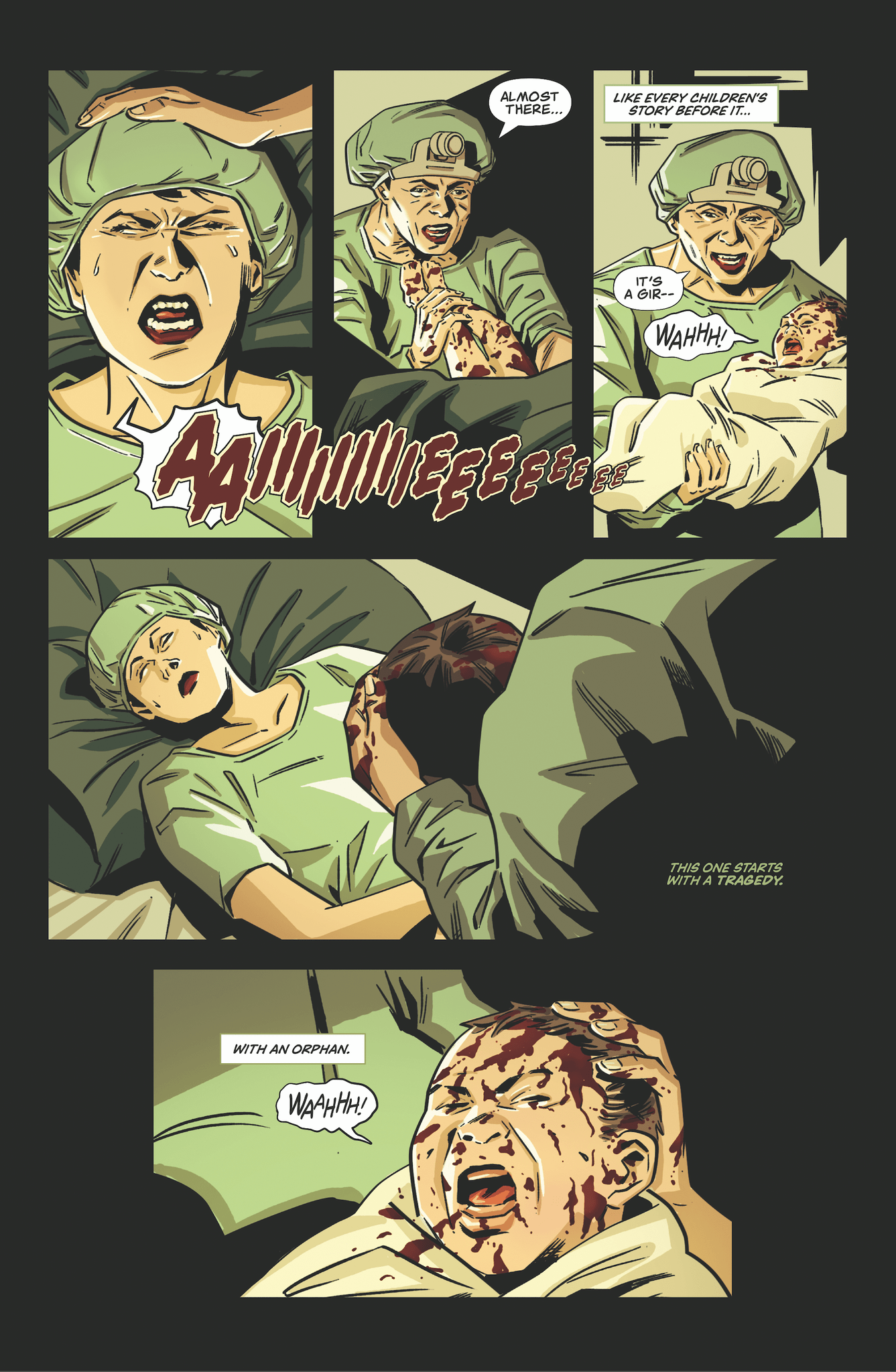 The narrative framing technique used in the above page is a masterwork, framing the story as a children’s story. Cinderella, Snow White, Frozen… our children’s stories are frequently mired in tragedy, particularly with the loss of parents. Here, Gogol and Cantada play with the thematic to establish a strong characterization for Captain Trang, our central figure and the leader of our wayward crew. As the issue progresses, new tragedies arise, reframing the narrative time and again the deeper you get into the issue. Gogol also deploys a Jonathan Hickman-like technique with infographics displaying various mission logs and crew journals that give much deeper insight into the character motives and some of the behind-the-scenes secret missions that seem to also be in play for multiple characters. 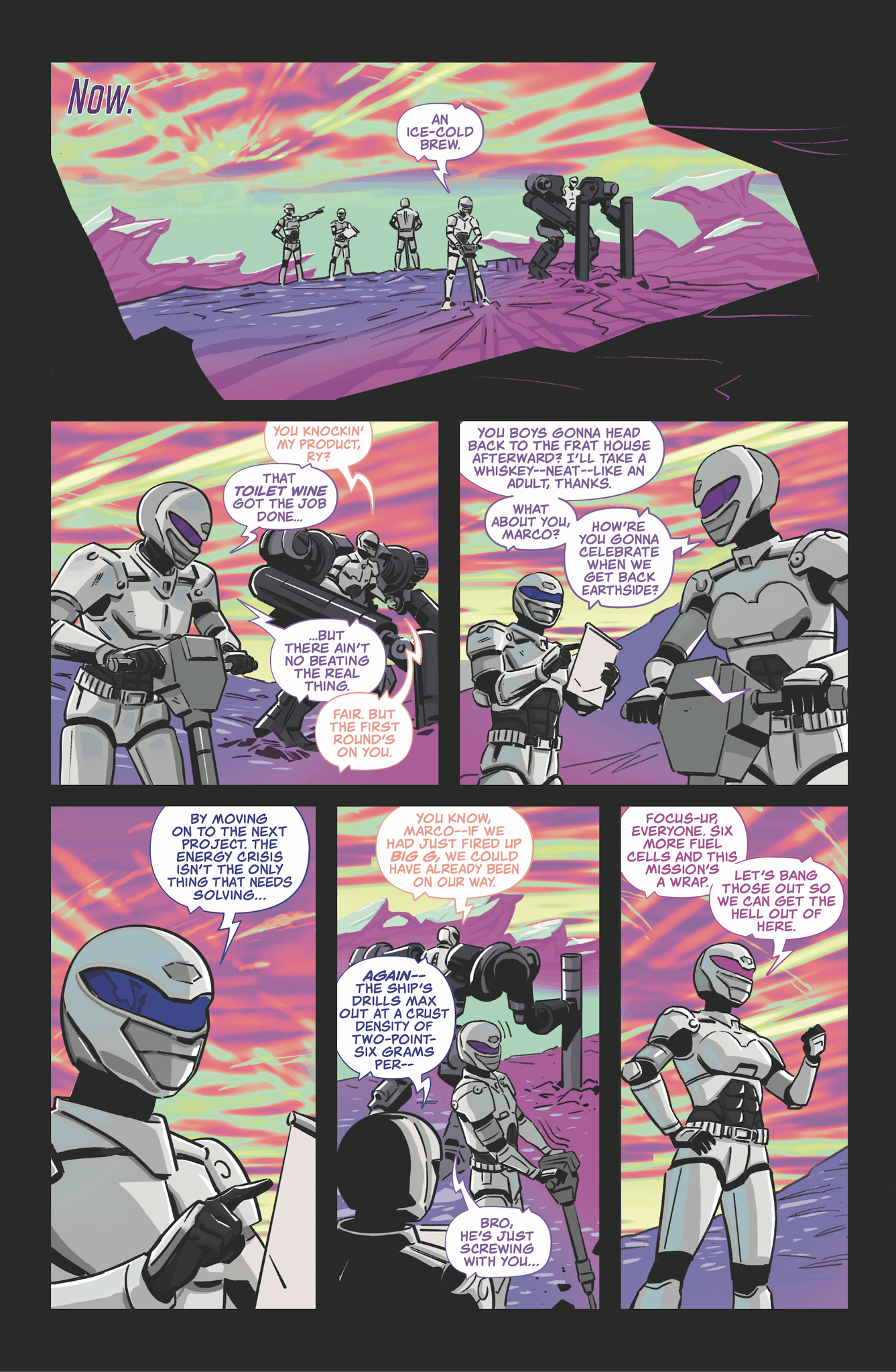 The visual elements of the storytelling are stunning. From sleek character designs to the terrifying design of the main threat to the crew, the design work that is so crucial to this genre of story is crisp and dynamic. Often you see these told with a dark color palette but here, everything is brightly colored with an almost glow of sterility. The deliberate use of black gutters in the page layouts helps to offset this brightness and keep the book from feeling too safe as you navigate it but doesn’t lessen the beauty in the design. It’s an incredibly mature choice. Rinehart on lettering certainly brings a lot to the table as well. Often in the realm of smaller press, lettering tends to be simplified but here, Rinehart rolls out multiple fonts, color-coded text to differentiate character’s journals, and exceptional SFX moments to great success and the ultimate betterment of the book.

All in all, Unborn is a gorgeous and excellently characterized entry into the sci-fi/horror genre that will leave fans wanting more!

Excellent craftsmanship from writing to art to lettering makes Unborn #1 stand out in the field of sci-fi/horror! From @frankgogol @ev_cantada @seanrinehart @sourceptpress