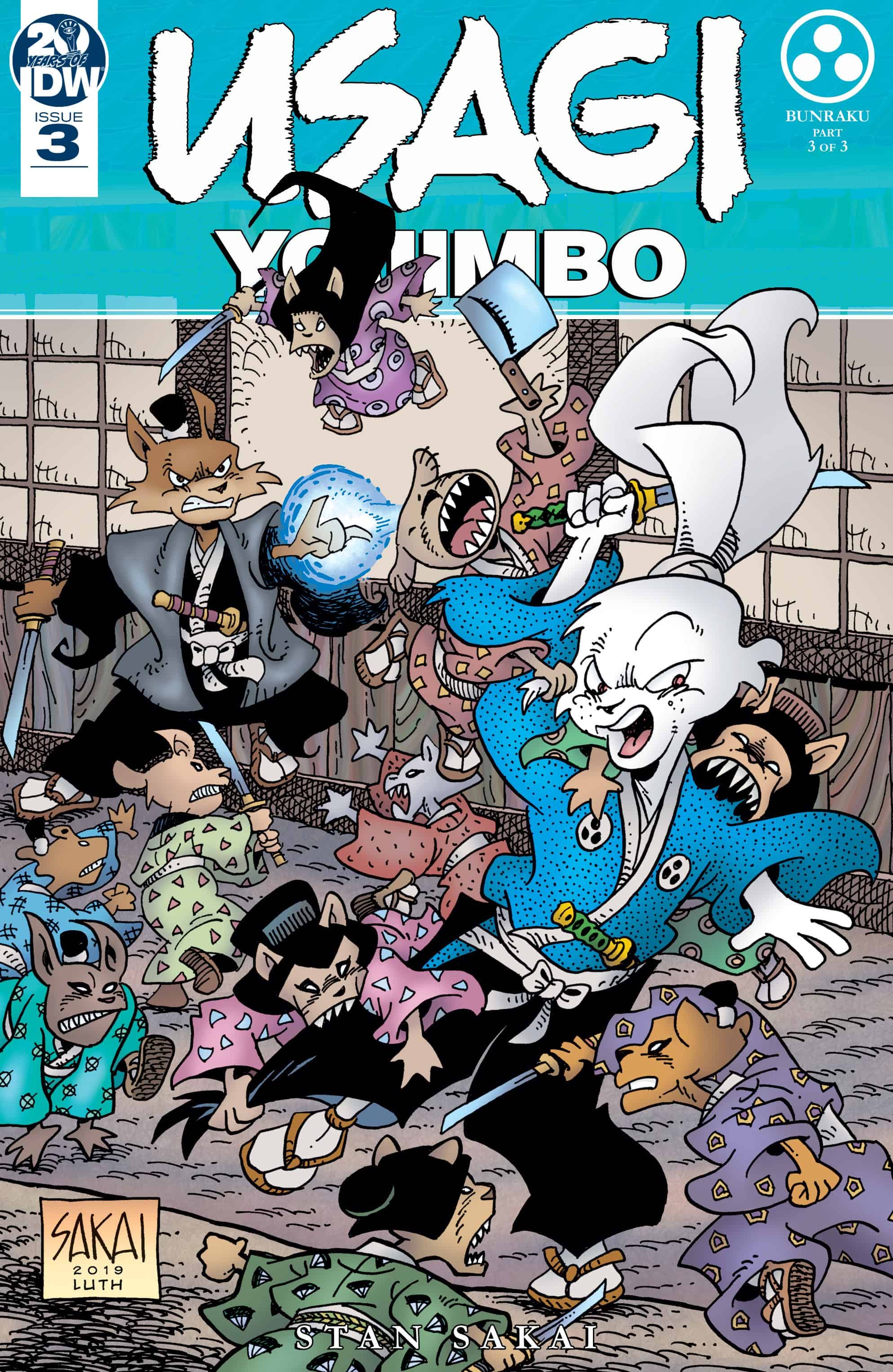 “Bunraku”, Part 3. A sinister force grows in strength, and Usagi must team up with the supernaturally powered Sasuke to defeat it. The heroic duo is in for the fight of their life as the danger becomes even more bizarre than they could imagine!

The third and final chapter in the latest Usagi Yojimbo tale “Bunraku” kicks off an action-packed and magical conflict that even the sword can’t solve! 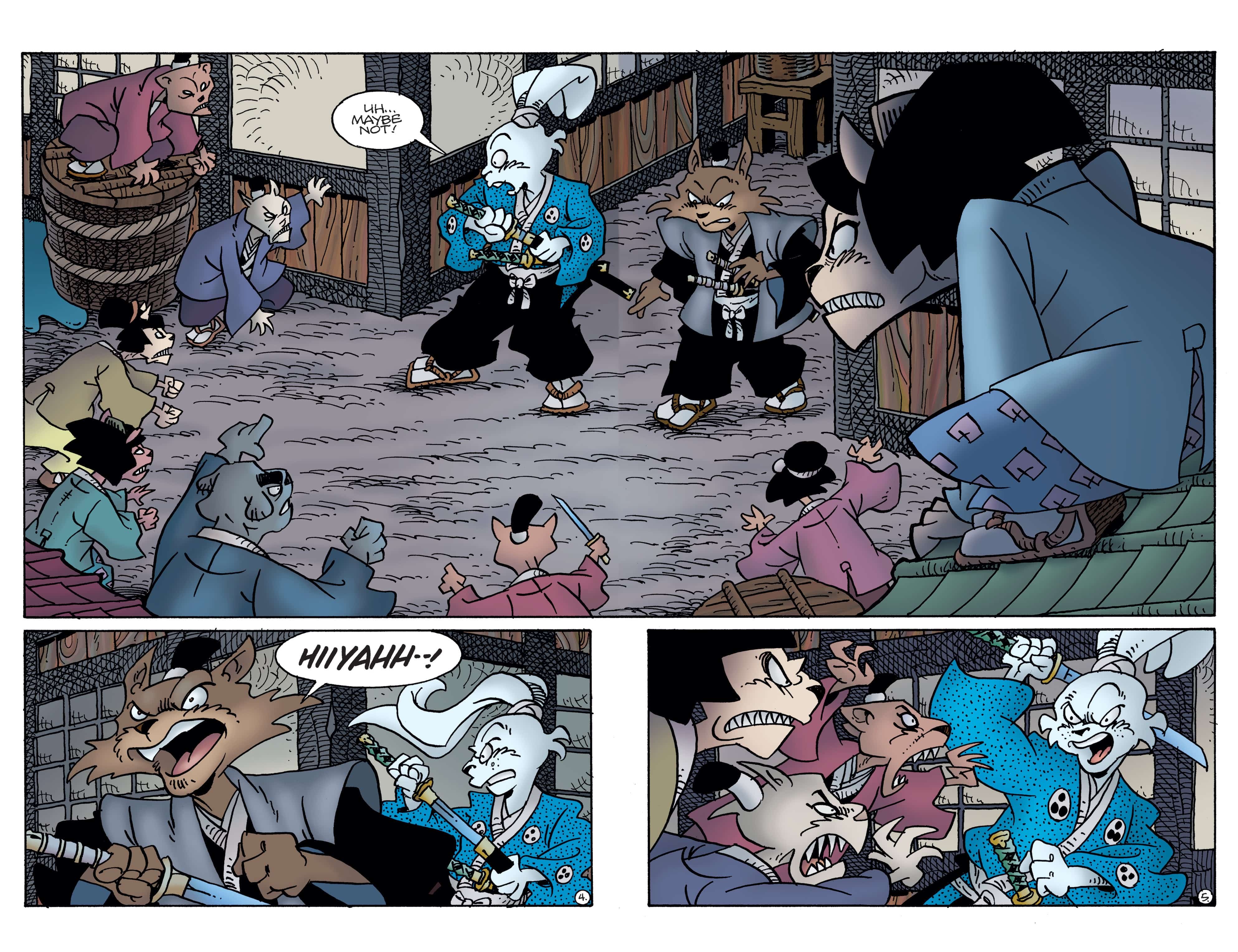 The hype surrounding this newest incarnation of Usagi Yojimbo, now in full color, began to dwindle after the first issue’s release because of the overall lack of developments. The first two issues, albeit slow, set the stage for a rather unique story surrounding the traditional Japanese puppet theater. This form of puppetry goes back as far as the 16th century, so it feels right in line with many of the other historical concepts explored in the Usagi Yojimbo series.

While it’s historical strengths are genuinely noteworthy, the pacing of the story has struggled up until this point. Luckily, issue #3 brings the narrative pieces together and finally allows the story to breathe and reach it’s conclusion at a natural pace. Three issue arcs aren’t exactly common, especially in western comics, but it’s nice to see this story take the time it needs to lay a proper foundation. I can appreciate this on a fundamental level, but as a reader, I was relieved to see things get a bit more exciting.

The artwork for Usagi Yojimbo is among the most consistent in all of comics. Stan Sakai has upheld incredibly high standards in the years of telling this story and this issue is no exception. I am a huge fan of the colors by Tom Luth as well. They add a perfect flair to the visuals that beg you to keep reading even when the story is lacking. It’s just a great book to look at.

Overall, with the pacing issues fixed, the story is able to reach a satisfying conclusion that once again sees Usagi venturing off to whatever may come next. If you can get through the slow burn of the first couple issues, this arc is certainly worth reading. It’s an interesting twist on traditional Bunraku that feels like a classic Usagi adventure.

Usagi Yojimbo #3 intensifies the story with an interesting twist on traditional Japanese puppet theater, helping it to feel like a classic Usagi adventure!