Vampirella #1: Condemned by Every Moral Standard 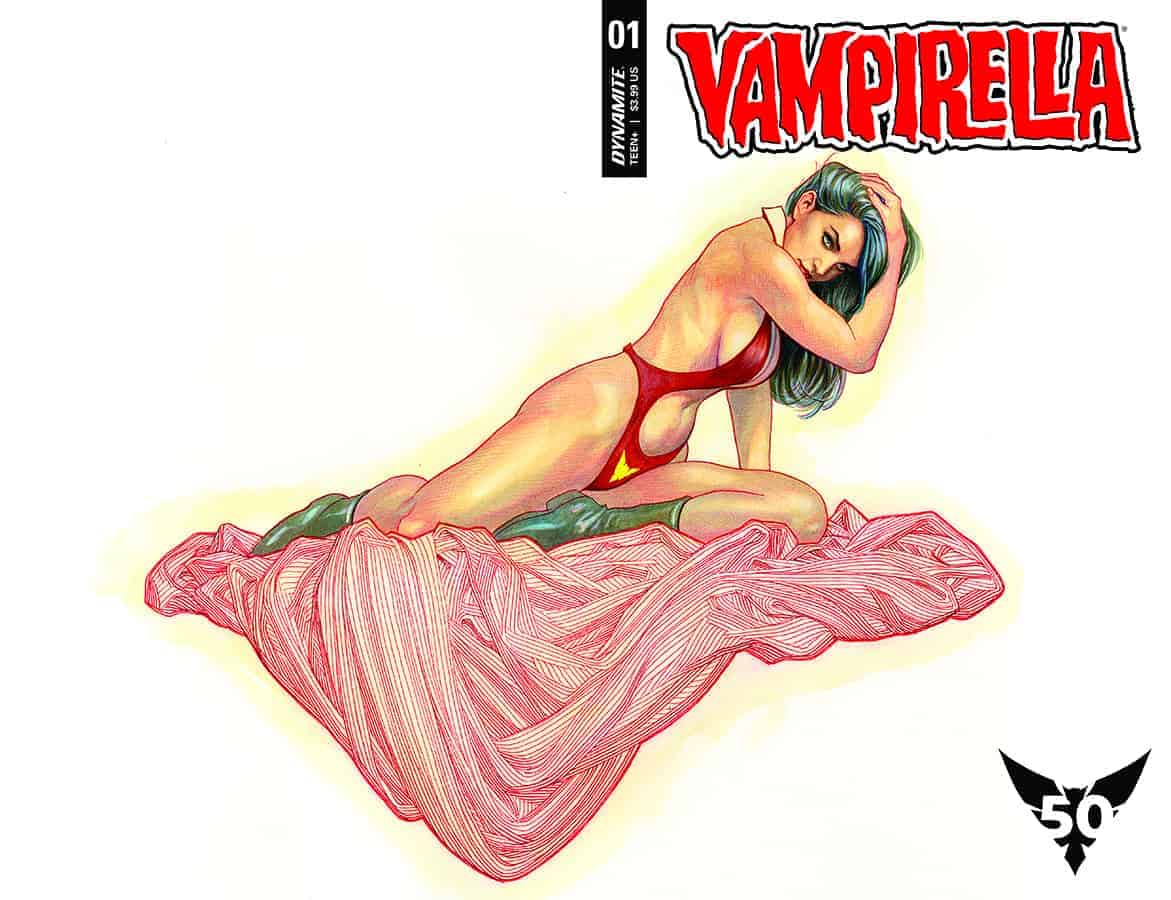 Here it is, the newest Vampirella ongoing series that has had everyone talking since it was announced. It has already broken records with orders reaching over 60,000 before the book even released, making it the most successful Vampirella comic of the modern era. To say this issue has a lot of hype surrounding its release is a true understatement. So, does the book deliver on the hype or does it falter beneath it’s own notions for renewed relevance?

Honestly, the answer is about as clear as the character’s own origins. 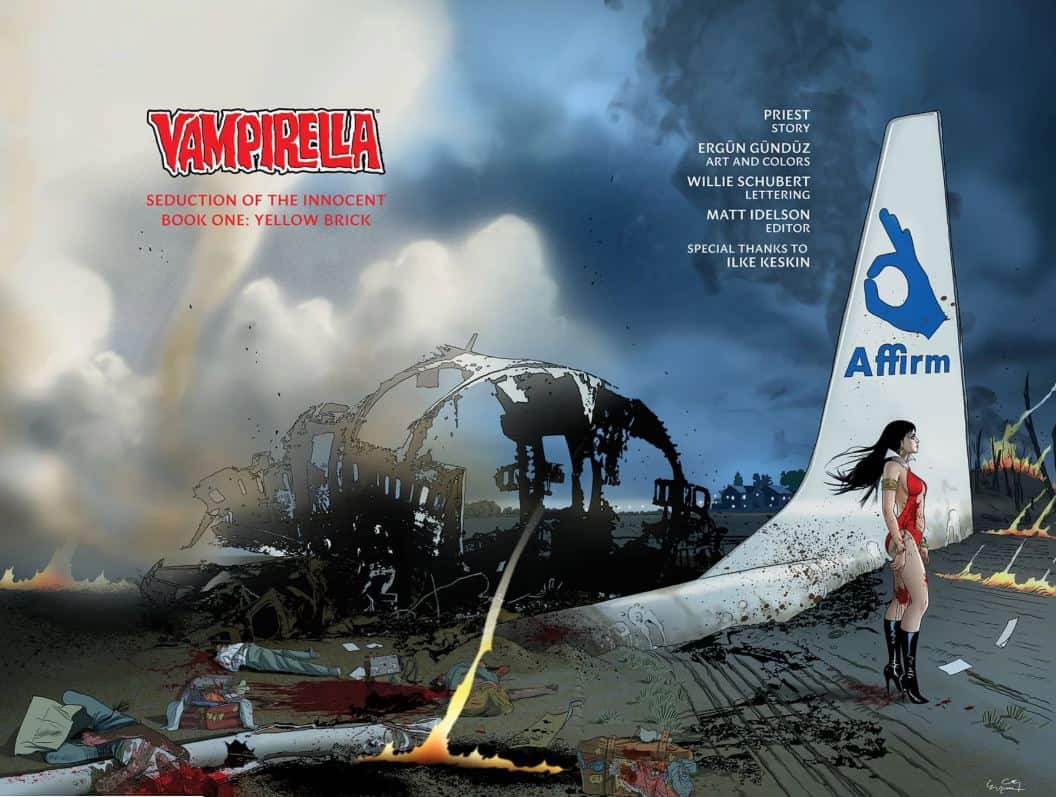 The problem with garnering such attention is that it facilitates unhealthy expectations for audiences before they have a chance to actually read the book. Vampirella is a character who has long been judged and even condemned at face value, so the historical success of this new #1 issue only adds another layer that must be acknowledged as a reader. To the benefit of the issue, the creative team put all of these assumptions behind them and instead focused on telling an intricately woven story that while obviously a pleasure to look at, is more importantly, interesting!

That’s right, the new Vampirella #1 issue features a story that you will genuinely want to continue reading. Which as it currently stands, is something that is absolutely necessary for the franchise. Regardless of expectations, this ultimately has to be a book that stands on its own, it can’t simply be a platform to sell eighty-four different variants. Luckily, this is a book that has all the right narrative pieces to be something that is fundamentally great. Where it falls short, unfortunately is in how it puts those pieces together.

It has a mysteriously vile villain in Baron Gustav Von Kreist, a tormented yet charming hero in Vampirella and her fragmented past, an interesting cast of supporting characters and a twist ending, but it also seems uncertain of how to use these aspects to their maximum potential. The discourse between Vampirella and Dr. Chary is the driving force behind the events explored in the issue, which is fortunate, because it is their interactions that bring about the best this issue has to offer. Exploring Vampirella’s place in our world today is ripe with storytelling potential and Priest takes advantage of this with more than a few powerful suggestions. Even going so far as to say that Vampires of her kind are “the new negroes” in the world, whose existence is almost universally condemned. It’s this wrestling of moral expectations that truly shows what this series can offer. It’s simply too early to see how Priest’s take on feminism will impact the character, but the groundwork is undoubtedly being laid for what he described as a “progressively unorthodox” approach.

The story begins to stumble when it seeks to bring in the character’s rather complicated past into this new vision though. For example, relying on the emotional weight of Vampirella’s mother as a cliffhanger feels unsubstantiated, but it is also a clever way of introducing a more defined version of the character’s origins. This back and forth gives insight into Priest’s attempts to make sense of the character’s complicated history while also establishing a new flagship ongoing series for Dynamite. The result is a complex yet engaging issue that feels like it just needs more time to develop. This could have potentially been solved by an oversized first issue, but all things considered, leaving readers wanting more is also not the worst outcome that could have happened. 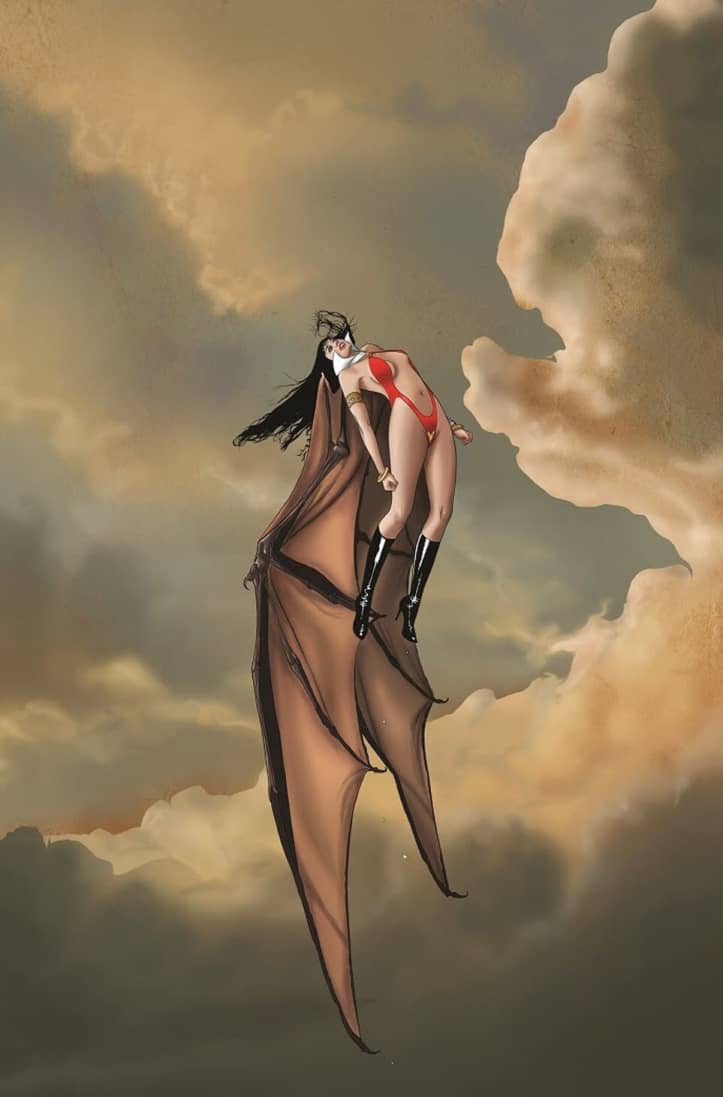 Vampirella #1 is a book full of stunning visuals thanks to Ergun Gunduz who had the incredibly difficult task of both illustrating and coloring. It’s bloody and robust artwork like this that makes a first issue memorable. Supported with strong letters from Willie Schubert, the artwork doesn’t leave much to be desired, or to the imagination! We get everything from Von Kriest’s decapitated body to a glorious full-page splash of Vampirella’s iconic costume and terrifying wings. Although there are a few panels with questionable character work, it’s a visual delight overall.

Despite a sometimes faulty script, Vampirella #1 is a rewarding introduction that will have fans interested in what’s to come. It’s the perfect jumping on point for new readers and offers plenty of fun nods for longtime fans. While it might not be the home run Dynamite was hoping for, it gets more right than wrong, proving to be a worthwhile new series you should definitely check out!

'Vampirella #1' is a rewarding, yet still conflicted, introduction to a new series that will undoubtedly leave fans thirsty for more.

Vampirella #1: Condemned by Every Moral Standard