Vampirella #2: We Are God’s Judgment 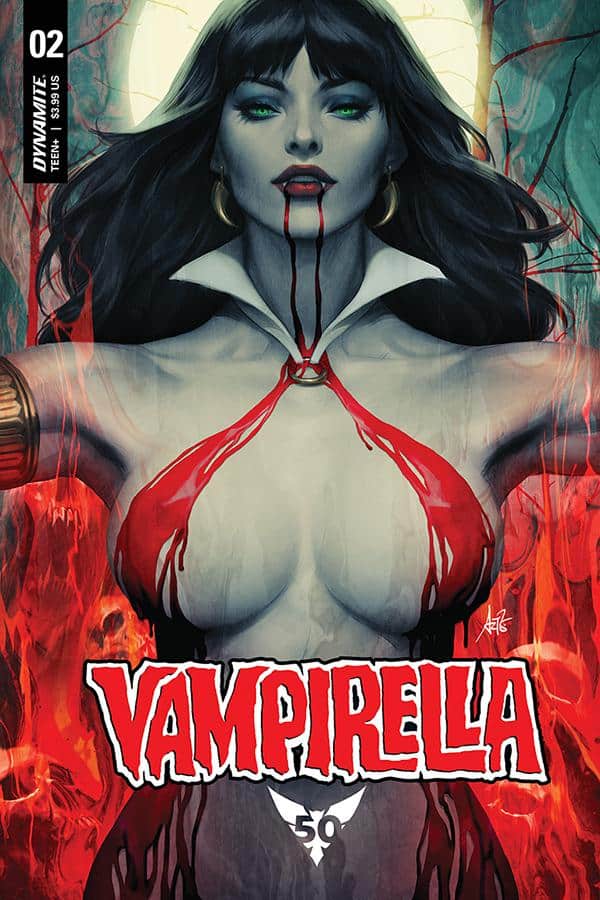 Seduction of The Innocent Book Two of Twelve: Vampirella leads a team of religious zealots to take down a pack of werewolves preying on unsuspecting cultists. Also, weary of her mother Lilith's nagging, Vampirella reluctantly goes speed dating and, in so doing, stumbles into a dangerous new love affair.

The second issue of the new highly anticipated Vampirella series kicks things up a notch with the introduction of assassin nuns, werewolves and Satanic cultists, all while continuing to dive into the psychological complexities surrounding her life on Earth. 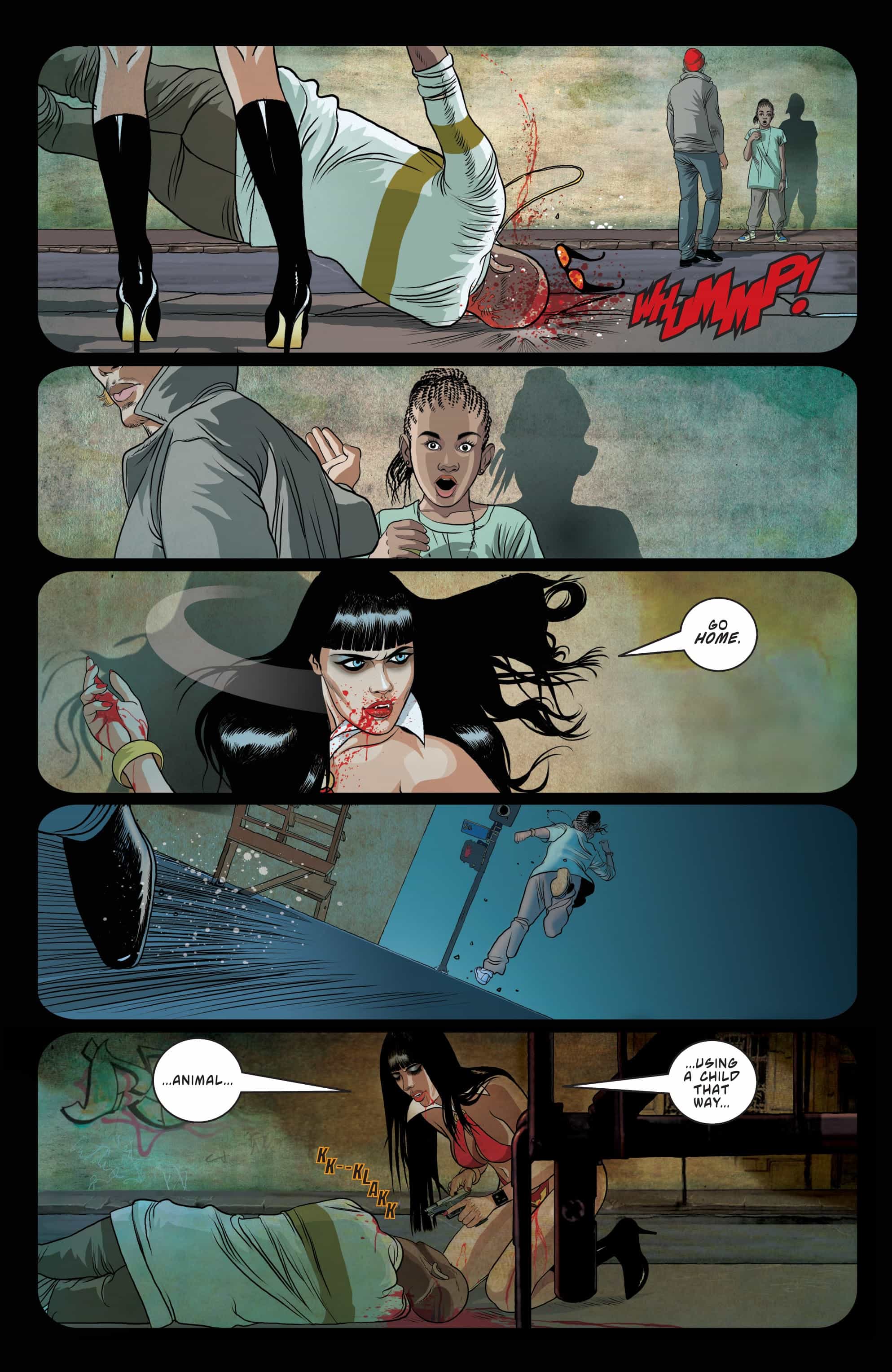 If this sounds like a busy issue, you are absolutely correct. Compared to the surprisingly slower debut issue, the creative team seems to open the floodgates in Vampirella #2, unleashing one incredibly dark narrative thread after another. Luckily, the story doesn’t focus too much on the cliffhanger ending of last issue showing her Mother’s arrival, instead it shifts the focus back to Vampirella and how she tries to cope with her current life.

Her relationships are a complicated matter, but Vampirella’s latest fling with a woman came after a failed string of speed dating. It’s a funny sequence that sets the stage to explore her sexuality in a way that feels genuine to the character. It isn’t long before we discover that her therapist isn’t quite as open as he led on however. His slow decline into going against Vampirella creates an interesting dynamic between the two, sparking just enough conflict to touch on important topics like misogyny and faith.

While I wasn’t necessarily convinced that Priest was the correct choice to spearhead this new direction for Vampirella, it is quickly becoming an exercise that feels worthwhile. It’s always nice to be pleasantly surprised with the outcome of a book, but I truly didn’t expect a direction this wild. Nudity might be a given, but The Six Mary religious zealots, Armadyl and his werewolf killers and the curiously humorous ending makes for an issue that surpasses expectations in the best way possible.

It’s easy to appreciate that the adult themes such as sex and gore are handled in a way that doesn’t feel forced at all. Instead, it just feels like a typical aspect of Vampi’s life. Something that we are being brought into, not the other way around. The artwork contributes to this mood really well, delivering visually powerful moments that are authentic to the character.

Overall, this is an issue that is sure to get readers excited for what’s to come. Although it is a bit too loose in its narrative structure right now simply from too many elements being introduced, it seems this creative team could be onto something special. Hopefully the series can keep up this momentum!

Vampirella #2 kicks things up a notch with a truly violent and surprisingly in-depth exploration of Vampi's life on Earth.

Vampirella #2: We Are God’s Judgment