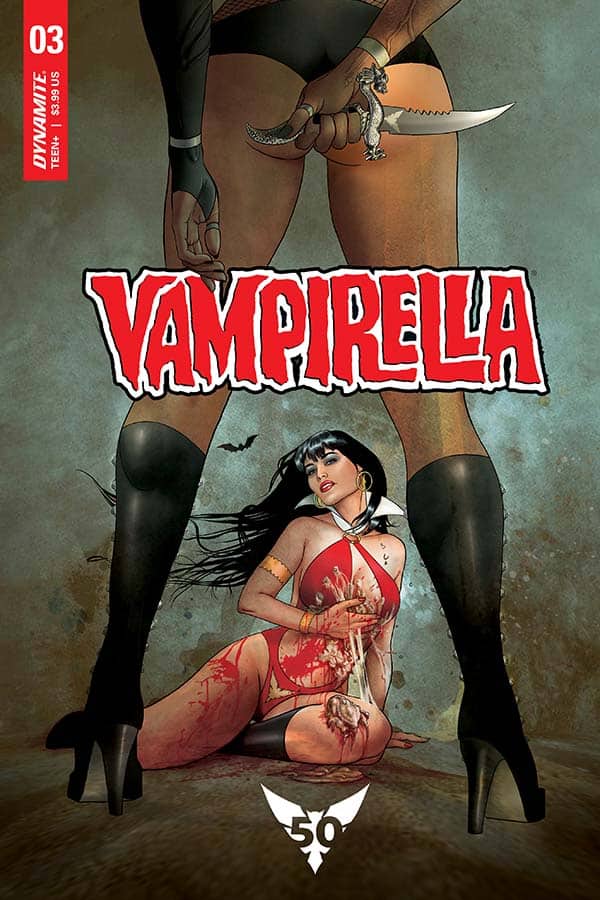 Vampirella's struggle to deal with the complex emotional consequences of a major disaster caused by her enemies is exacerbated by an unexpected visit from her mother, Lilith, with whom Vampi has a complicated relationship. But has the Mother of All Vampires come to help or destroy her daughter? And will Vampirella's hapless therapist survive the encounter?

The Seduction of the Innocent continues in Vampirella #3, a book packed full of in-depth worldbuilding and classic Vampire family drama. If context was something you felt was missing in the series so far, this is certainly going to be a welcome addition! 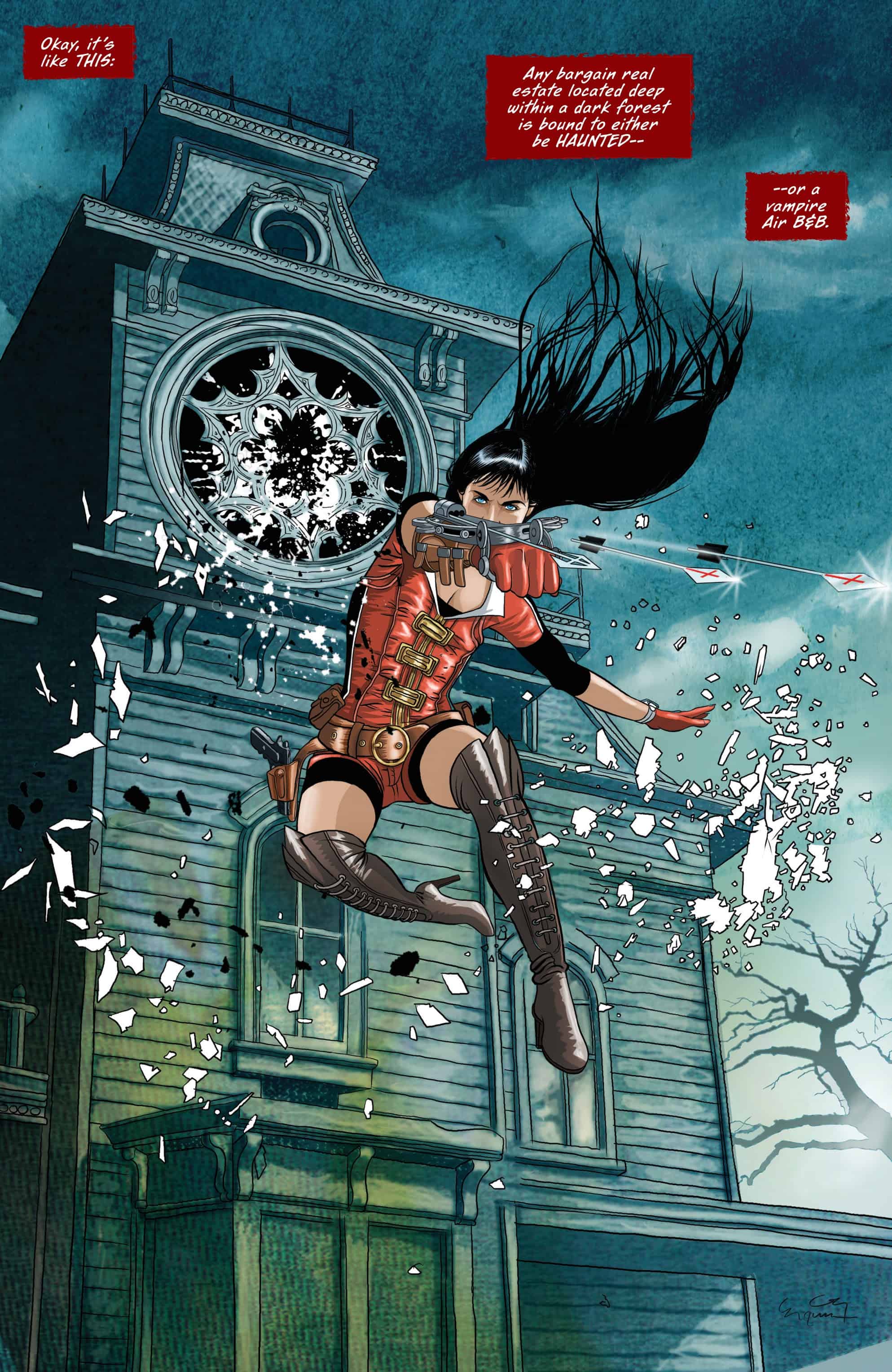 So, here’s the deal. I was cautious going into this series because of how this character has been portrayed in the past as well as how writer Christopher Priest described his approach to this new take on the character. I wasn’t completely sold on the idea of how he viewed the dynamics of portraying a strong woman character like Vampirella and how he could accomplish melding a more feminist direction with her complicated history. With each installment, this creative team has eased my worries and Vampirella #3 luckily follows that very trend.

Those looking for a feminist approach should be excited for multiple reasons. The first is the appearance of Vampi’s Mother. Though I was uncertain how she would fit into the story at this moment, her fierce maternal instincts introduce a really interesting dynamic between Vampirella and how she’s interacting with our society on Earth. The second, is the exploration of Vampi’s home realm before she was able to transport herself onto Earth. We follow a stranded astronaut technician into this realm filled with flowing rivers of pure blood and of course, naked Vampire women soaring through the sky. It’s a powerful moment that provides truly welcome context for Vampirella’s sometimes confusing backstory. It’s interesting to note that the males included in the story have served minimal purposes outside of the therapist, who is seemingly trying to piece this story together alongside us as readers.

The therapist’s input comes across more as mansplaining than anything, however. Which I thought was an interesting approach to how this character communicates with Vampi and her Mother. He is very much a character who juxtaposes our perception of Vampires on Earth with the reality of Vampi’s situation. In this, we find not just what makes the character unique, but also the inherent direction of the first arc, titled Seduction of the Innocent. It’s an exploration of Vampi’s origin as well as how she intends to continue her life on Earth among what she described as “human cattle”. 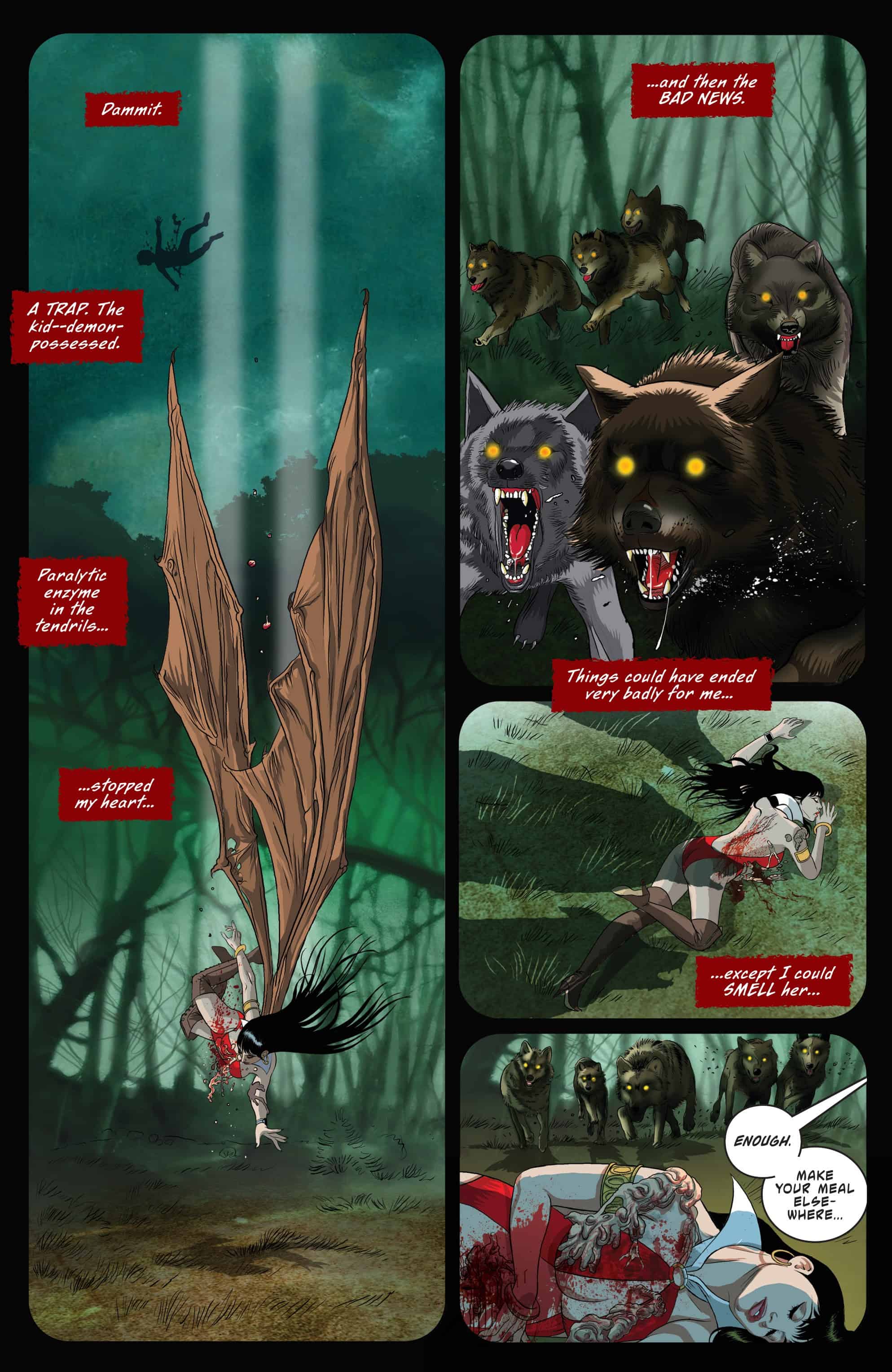 While this issue is in fact filled with important developments, it strikes an enjoyable pacing in the process. Nothing feels rushed or without development, instead it flows at a natural pace. The visuals remain remarkably strong, with Ergun Gunduz’s vivid artwork providing just the right amount of violence and nudity without delving into gratuitous depictions. Everything from Vampi’s home realm to the cliffhanger featuring the Six Marys from the Catholic Exorcism Initiative Office is just a thrill to engage with.

Overall, it seems Vampirella #3 is the issue where I begin to truly reconsider my own expectations going into this series. This creative team is pulling off something that feels genuine and more importantly, worthwhile. This is a story that Vampirella needs and it looks like it’s only going to get better from here. Fans of Vampirella and dark action horror in general should jump on board now, because you won’t want to miss this series!

Vampirella #3 proves this series is only getting better with each new issue, delivering powerful revelations and intricate worldbuilding to satiate any cravings fans have for lore surrounding Vampi's presence on Earth.