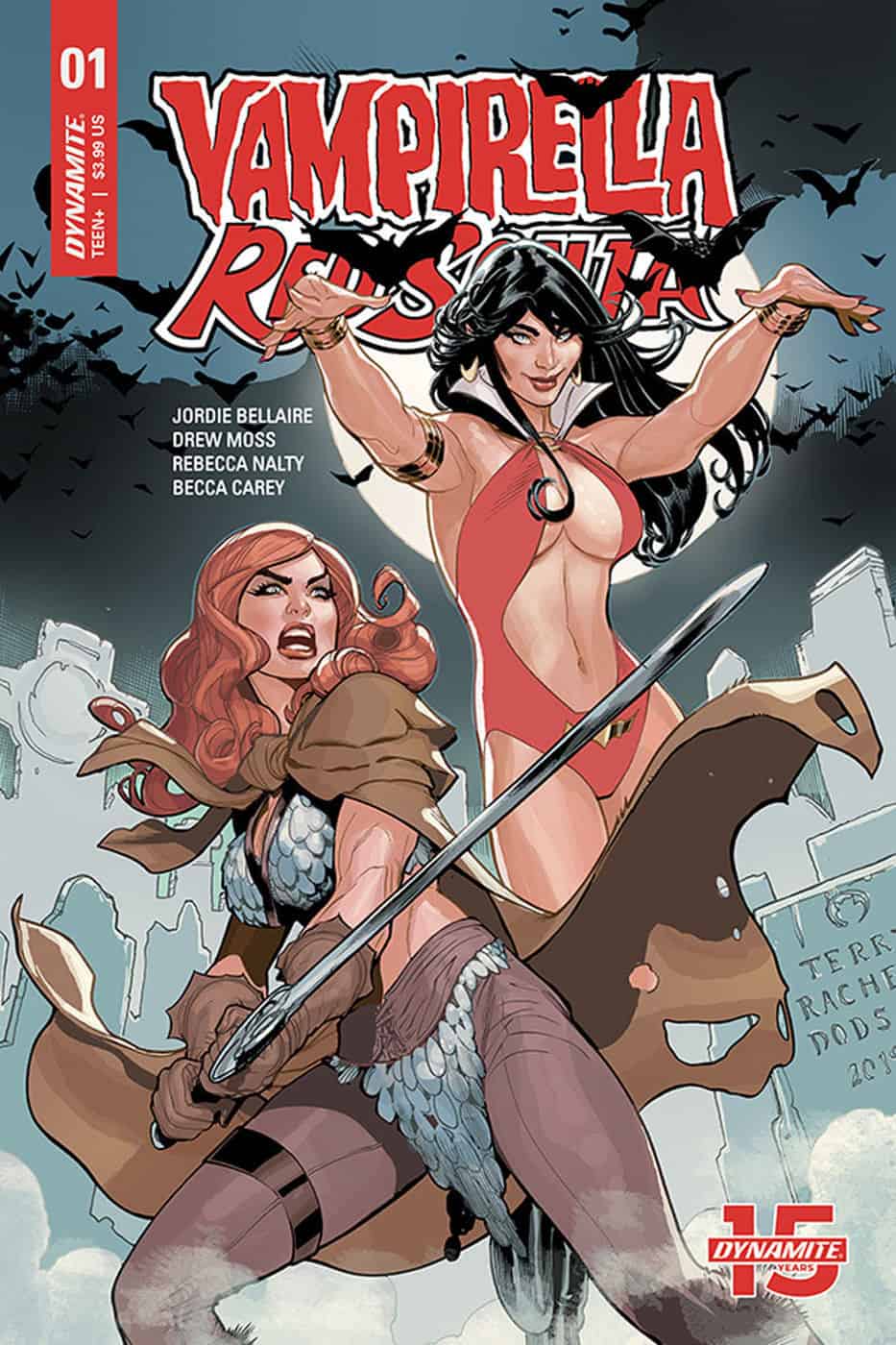 The first ONGOING series, co-starring The Daughter Of Drakulon and The She-Devil With A Sword! From Eisner winner JORDIE BELLAIRE (Buffy The Vampire Slayer, Redlands) and DREW MOSS (Star Wars) comes a saga spanning space and time, filled with horror, adventure, mystery and murder!

The new ongoing series from Dynamite featuring two of their most popular characters – Vampirella and Red Sonja – kicks off with a first issue packed full of dark intrigue and suspense. 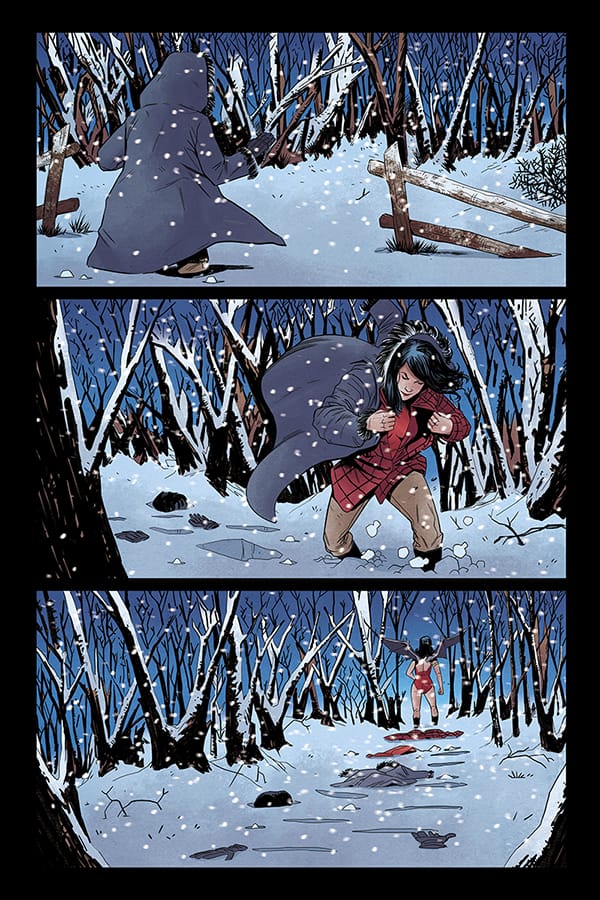 When the news broke of an ongoing series featuring Vampirella and Red Sonja, I was admittedly more excited than most. Sure, it feels like a corporate initiative to bring these two characters together, but is that in and of itself a bad thing? Team-ups in comics are certainly not uncommon by any measure, and the pure badass nature of these characters gives the impression that a story featuring both of them would be well worth paying for.

The real question though, is has the creative team delivered an issue that feels worthwhile?

To be short, yes. Though it may not be quite as satisfying as you would have hoped. We are thrown into the year 1969 in what feels like a global conspiracy, where Russia and the United States have entered the Space Race. Vampi, however, is much more concerned with the recent mysterious deaths at Dyatlov Pass because of the possible Russian connection. It’s this trail of breadcrumbs that kicks off a story filled with shady and untrustworthy men, twisted perceptions and a truly exciting cliffhanger.

Part of me wanted this to be a blood-soaked and action packed adventure, but I know that isn’t always a realistic expectation. There are questions that need time to be explored, like how exactly these two were brought together for example. While I’m sure I’m not alone in just wishing for more to happen, I understand the type of groundwork that is being laid and I’m here for the ride.

The expectations of these characters will only carry the series so far, but it’s also important to consider that this needs to be a story worth telling. Setting up a dark mystery that will eventually pull these characters together is truly a great idea. The execution proves to be a slower burn, but it really is one that is worthwhile. The artwork complements this with solid character work with vivid expressions interesting backgrounds.

Fans of Vampirella and Red Sonja will certainly want to jump on board early for this new ongoing series, because it’s already turning into a surprisingly elaborate mystery. This isn’t some gimmick. Though it is slower than readers may anticipate, it feels genuine for the characters and will have you excited for what’s to come.

Fans of both Vampirella and Red Sonja will want to jump on board early for this new ongoing series, it's a dark mystery that will definitely have you coming back find out what happens next.