Vampiverse #1: I Must Protect Eden From Myself 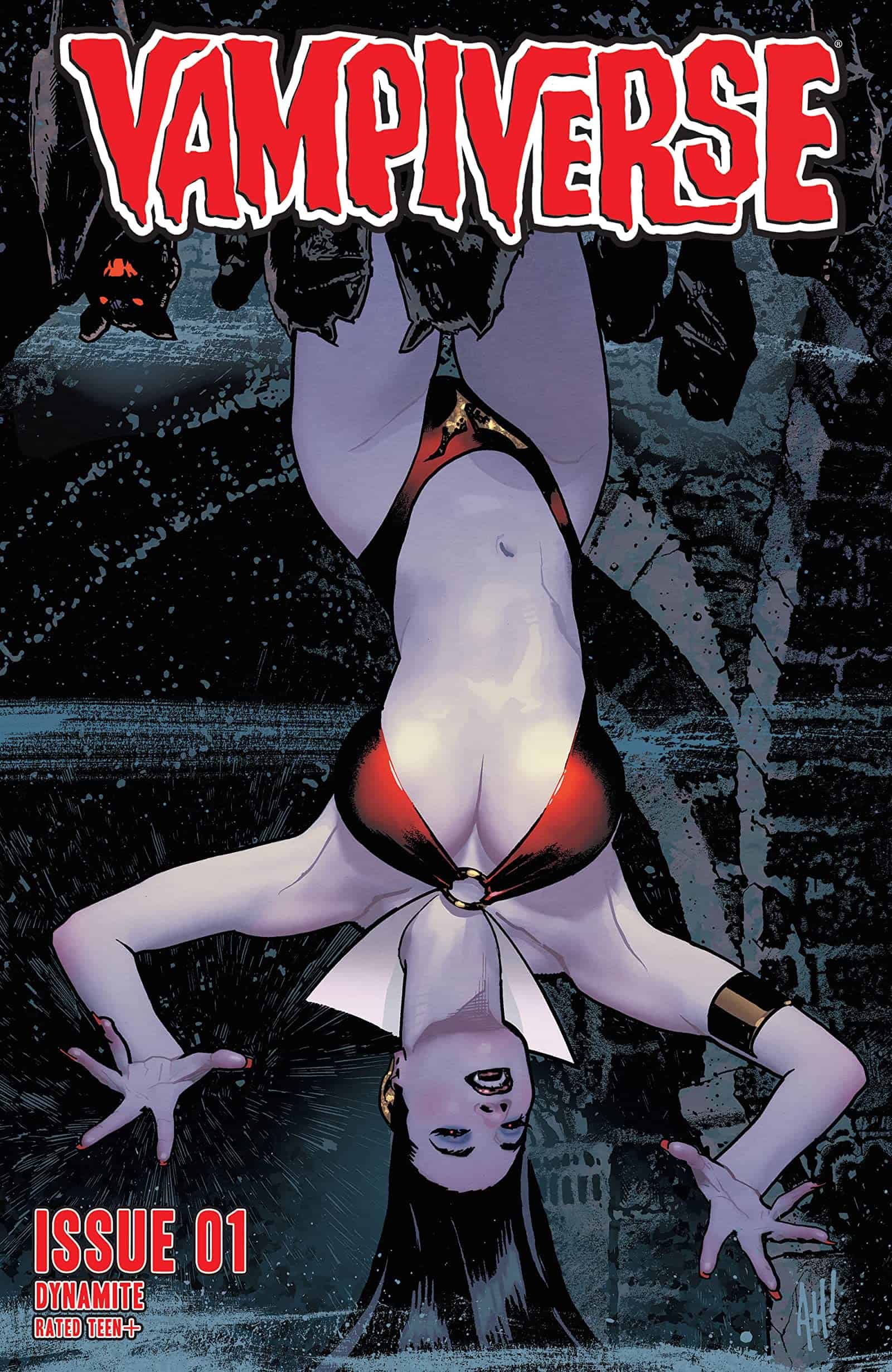 A different Vampirella for every thread—for every kind of story—across the Fabric of time and space. A Vampirella of every conceivable notion born to protect her particular reality . . . but now something—someone—is killing them and stealing away their precious life energies and growing in power. It is up to the Vampirella of one of these universes to gather some of her special sisters to stop this growing threat and keep it from destroying the Creator of all things—the Artist—and preventing the unraveling of all reality.

Vampiverse‘s art is very bright, colorful and even majestic. I particularly notice Daniel Maine’s detail in the panels, and specifically the scenes in Eden, where you can almost see each blade of grass and leaves. I like that each version of Vampirella is drawn differently, from the hair style to the costume it is easy to distinguish between the different characters. The biggest complaint I do have is the main Vampirella. She, from the exposition, is the Vampirella from the Vengeance of Vampirella series, as this probably takes place during the period between Vampi’s initial death and her resurrection. And I do find her costume design a bit odd, with the white spikes on her shoulders standing out too much. From some of the scenes it looks like they might be coming off from her white color but I am not sure if they are bone, fabric, or some strange superhero shoulder pads.

This story goes somewhat along the lines of the parallel series Red Sonja Universal, as it basically appears to be a battle royal of Vampirellas from across the multiverse. With that premise, Sniegoski catches you for an entertaining read. The fight in Eden, where most of the story, is dynamic and action packed. There really is concern about this “evil” version of Vampirella, as she is cruel, violent, blood thirsty, and has a mecha battle suit to match. There are a lot of questions unanswered, which is great for an opening issue and keeps the tension around. What is going on? Is this Vampirella working alone or is she working for someone else? What is the game plan in eliminating the different versions of Vampirella?

This is an action packed story with dynamic art and visuals to enhance the story. This is what a comic should be, and specifically a comic for mature readers, as violence is a constant even if not as graphic in other titles.

Vampiverse #1: I Must Protect Eden From Myself