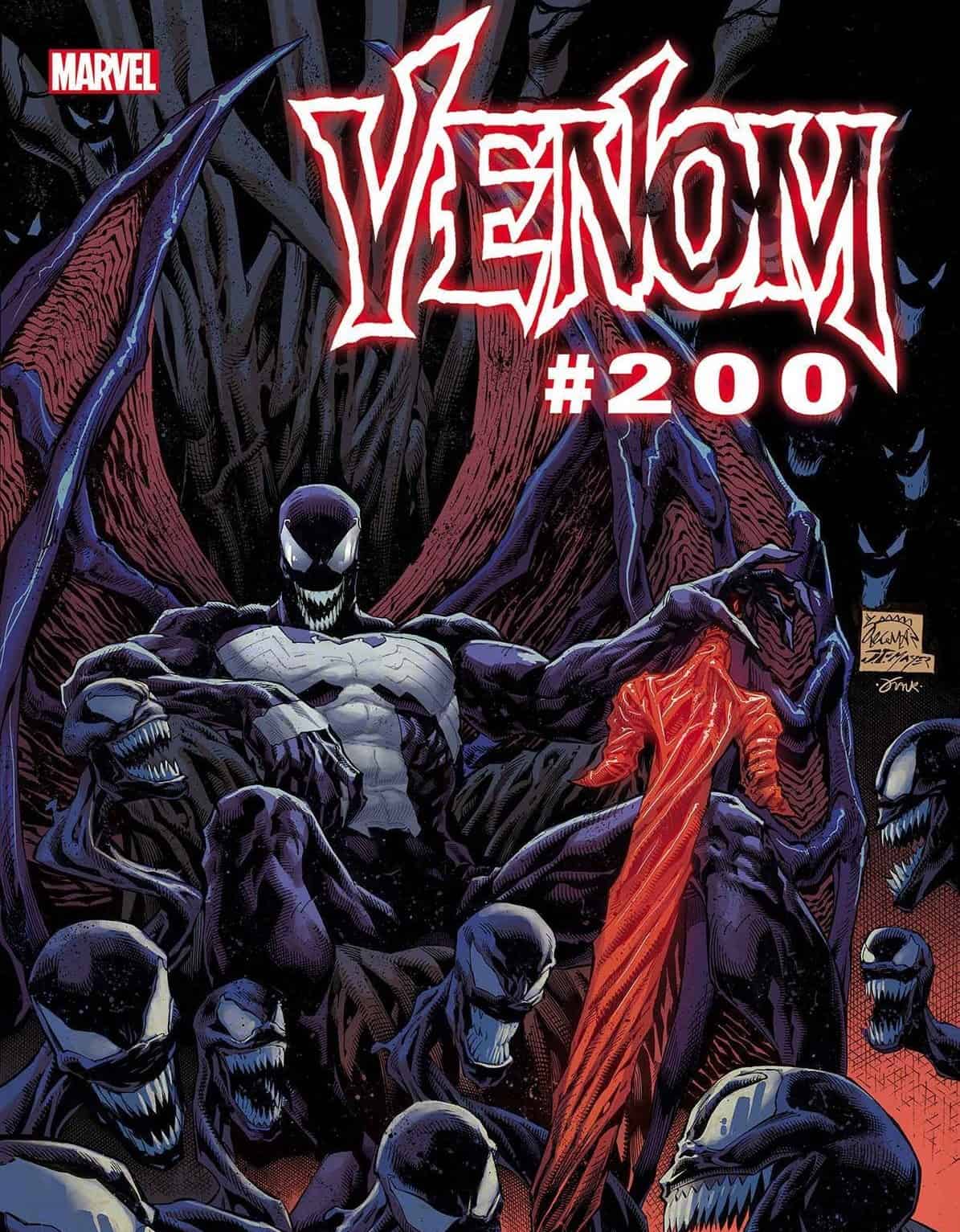 What’s next for Eddie Brock... err, Captain Universe? All gas and no breaks don’t begin to describe this curtain call to an era that has defined, refined, and rebirthed Venom and Eddie.

Through mental and physical hell, we’ve arrived at the end. The end of a journey, the end of a story, the end of an era. An era that saw Eddie Brock be tested at such a pace that readers’ heads spun issue after issue with fast-paced action and adventure as we live out Eddie’s life.

Endings aren’t a bad thing. Sure they are sad, however, they can signal a rebirth of sorts. We saw that very rebirth when Eddie became Captain Universe and defeated Knull. No longer is Eddie chasing after rogue symbiotes, now he’s controlling them. The first half of the book does a great job of showing Eddie’s travels on how he became his present self. In pure Cates fashion, it’s not enough to just see Eddie being Eddie. We see a different kind of Eddie going through a brand new struggle. This poor guy just can’t catch a break!

Afterlife confessions, tell me who you used to be

Looking on in wonder as I show you it was me

Big colors, big panels, and depending on your view, possible big reveals. Now we are keeping this spoiler-free (this is the way). I don’t know if anything happens in this issue that the Venomaniacs didn’t expect and that’s okay because this issue fits likes a pair of comfy slippers. We know the characters, the creative team, it’s all there wrapped up nicely. The entire issue reads like a love letter to the fans while paying homage to Eddie, Venom, and the many creators that have had a hand in bringing the man in black to life. I would be lying if I said I didn’t have a huge grin on my face when I read the end. It’s what needed to happen and I’m glad it did.

Feed me all your hatred, empty all your thoughts to me

I can fill your emptiness with immortality

Where do we go from here? Without sounding too dramatic as if Marvel is simply ending the series, they’re not. Al Ewing, Ram V, and Bryan Hitch is just as good a lineup that you could ask for. In fact, I think that is part of why this issue doesn’t sting as much. If Venom was and is to carry the immense torch that Cates and company have built it should be the aforementioned team. I don’t think there is one Venomaniac out there that isn’t sad but at the same time isn’t completely stoked for the future of Venom.

Spirit in black til the end

There’s nothing left to say except... thank you.