Venom #8: Across Space and Time 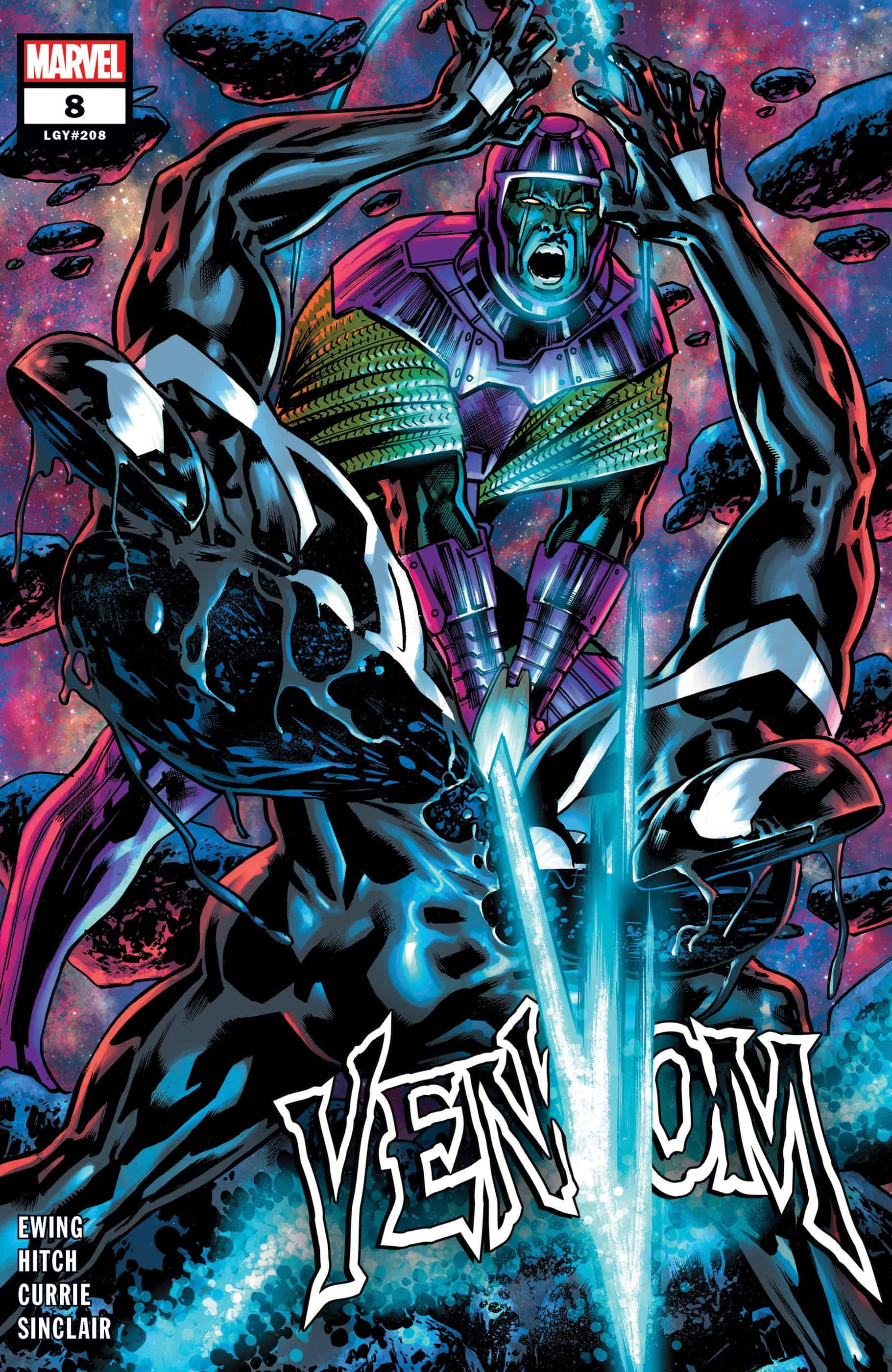 THE MOMENT YOU’VE BEEN WAITING FOR! You’ve watched and read in terror for months, as Dylan Brock has fulfilled his destiny and become the new VENOM! But what about his old man? What about the ORIGINAL Venom? WHAT ABOUT EDDIE BROCK?! Your answers start here, True Believer.

Super-star writers Ram V and Al Ewing have passed the narrative of Venom back and forth with each issue, cutting between Eddie Brock’s misadventures through time and the earthbound exploits of his young son Dylan. The unconventional structure has made for an engaging read to say the least, with each month bringing a tale unique to the one before it. The duo’s experiment in creative writing has impressed so far, and this week is Al Ewing’s turn to take control once again.

Plucking Eddie Brock from the otherworldly prison he was left in at the end of issue #5, Ewing promptly drops the rugged antihero aboard a spaceship in 602nd century, where symbiotes have been weaponized to serve the intergalactic empire of Kang the Conqueror. Being an alien himself, Venom’s comics have always dipped into the territory of science fiction, but not until now has the franchise so heavily embraced the subgenre of space opera, complete with a lightsaber duel that feels as if it were ripped straight from A New Hope.

Penciller Bryan Hitch is clearing having a blast with the setting, rendering many impressive spacecraft interiors and sci-fi weaponry galore. Special praise should be given to the familiar yet evolved designs of the cyborg-like symbiotes of the future, as well as the design of a surprise character whose appearance is best left unspoiled. 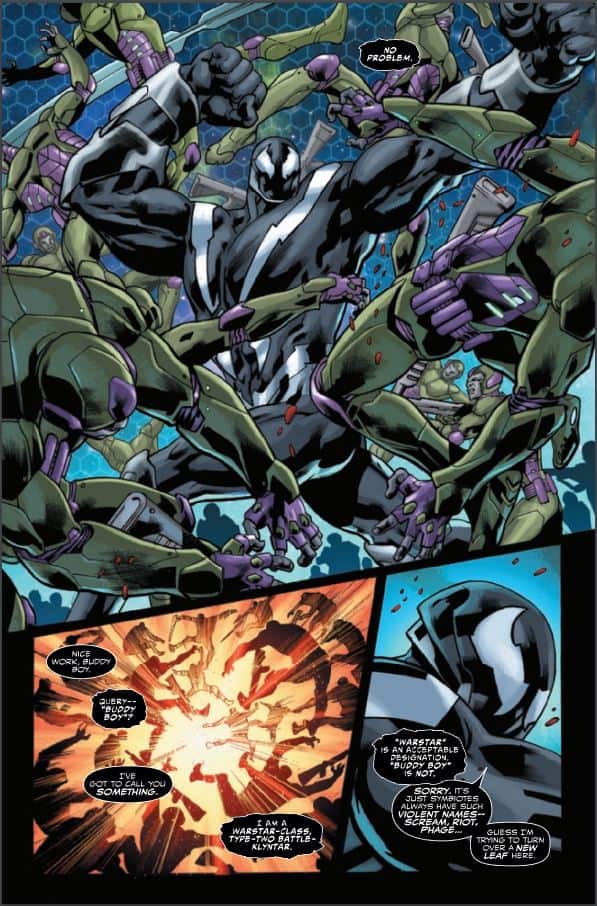 The story progresses like one of the more thrilling sequences from a video game, with Eddie Brock spawning in and mowing through crowds of enemies before facing the final boss. Kang the Conqueror makes his mandated appearance here, his relevance within the Marvel universe reinvigorated since his live action debut in Loki. Venom is the latest comic to reinforce Kang’s new status as a major player in Marvel’s current slate of books.

Unlike the period leading up to Infinity War in which Thanos was shoved into every comic imaginable, I have yet to become annoyed by Kang’s presence. His unique abilities and moral ambiguity make him ripe for better stories than the Mad Titan, and in the same way it was amusing to watch Kang team up with the likes of Conan and Doctor Doom in Savage Avengers, his interactions with Venom are equally entertaining. Kang is a god-like being who speaks exclusively in grandiose monologues, making him the antithesis of a character as grounded and straight-to-the-point as Eddie. By the end of the issue, the two form an uneasy alliance that threatens to break apart at any moment.

Al Ewing takes the character of Eddie Brock on a time-traveling, science fiction adventure that is sure to satisfy any fan's desire for action, while also presenting unique possibilities regarding Venom's fate and his potential effect on the future of the entire Marvel universe.

Venom #8: Across Space and Time