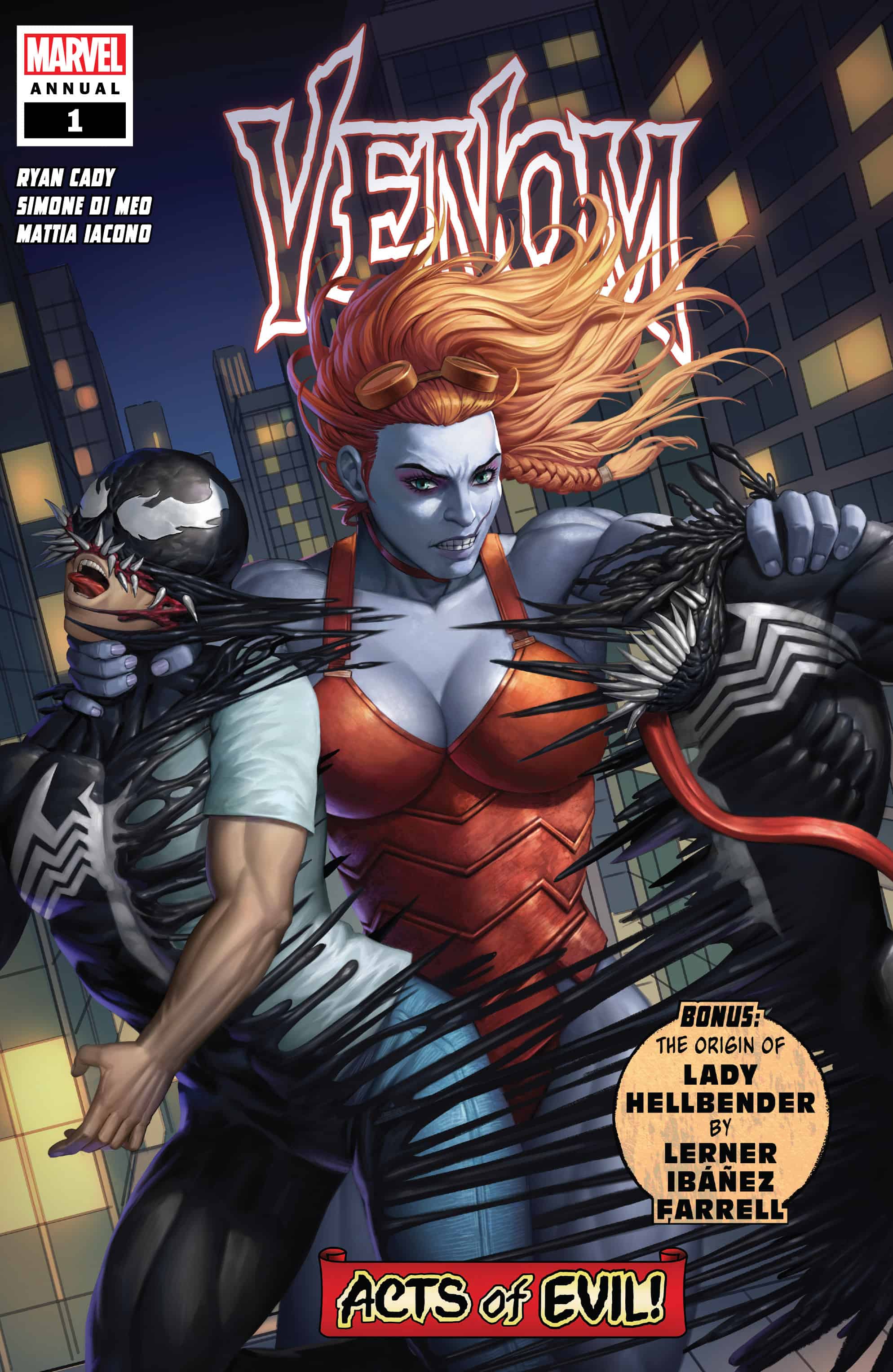 Venom gets abducted by the monster lady, she gets hot to trot for Eddie and tries to separate him from his enabling ass relationship to no avail as apparently he will literally jump out of a spaceship to avoid casual sex. Venom is saving it for marriage or something! 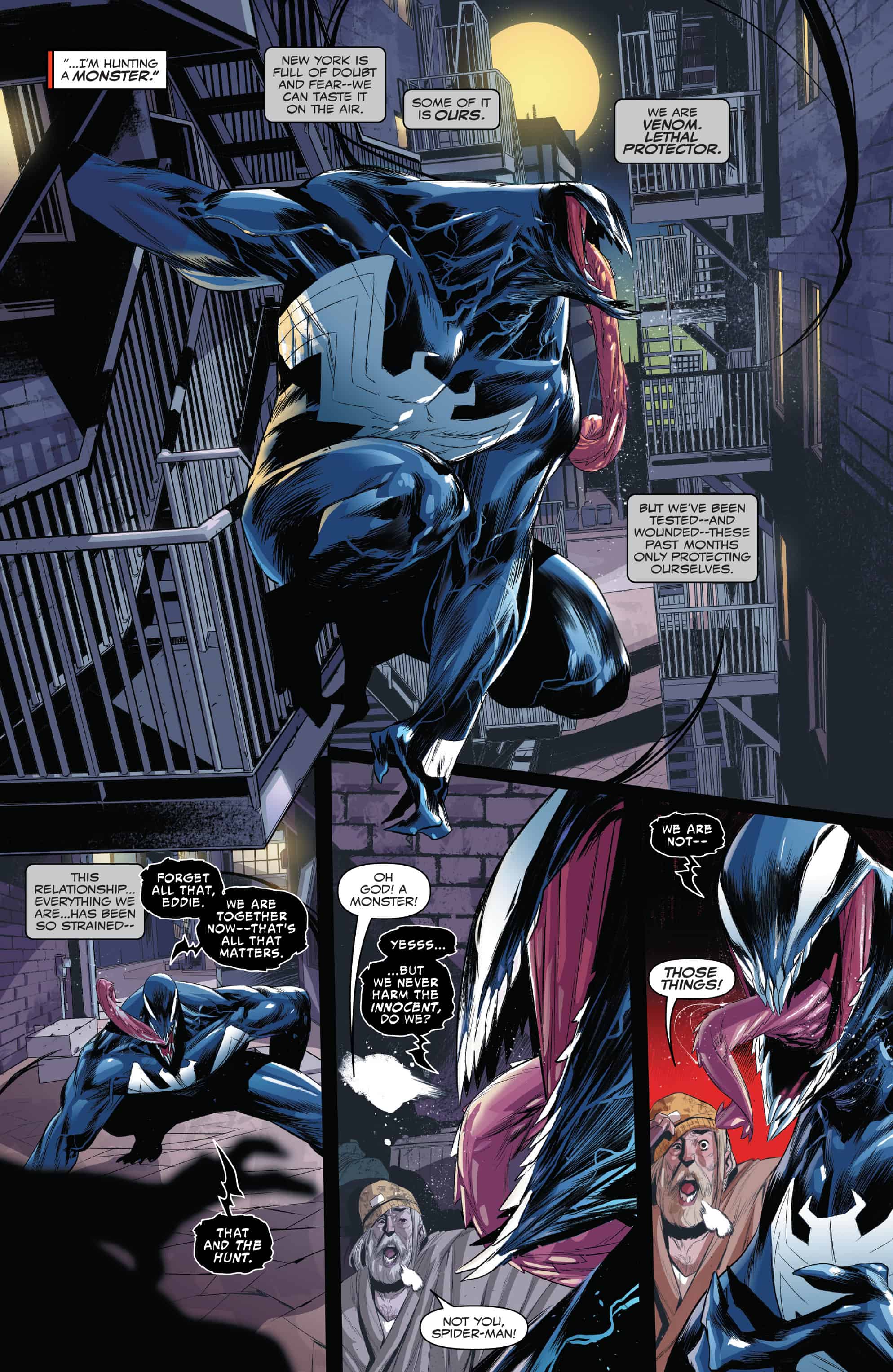 Something interesting, this is definitely labelled Venom Annual 1, but this is the second annual for this Venom series with one coming out last September. I’m sure it’s some kind of creative titling so Marvel can slap a 1 on the cover, just funny.

This marks the second acts of evil book I’ve read so far and I have to say, the event lives up to the original. I’m having a lot of fun with odds out villains and more interesting to me odd creators you might not often see work on these characters. Ryan Cady on a Venom book? Sign me up, that dude rules! Look him up on Twitter though, I’m not kidding he’s way cool and has some good books out there like Infinite Dark which just ended. 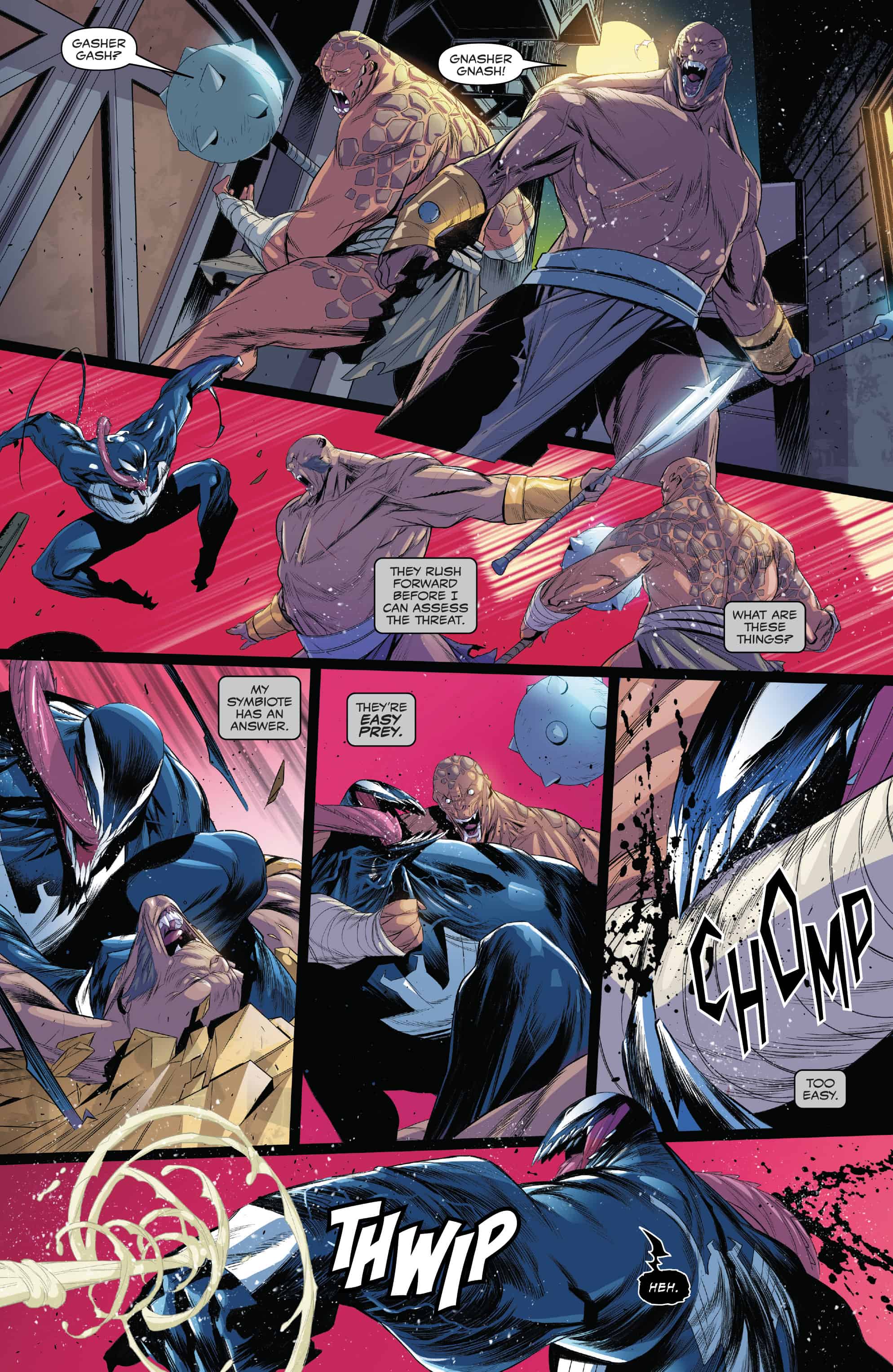 I know literally nothing about Lady Hellbender so I can’t speak to her portrayal being good or bad, but dropping a monster hunter looking to snag a symbiote on Venom is a decent move to tag her in. I liked Eddie and the symbiote reuniting despite being so obviously a nightmare codependent relationship which Donny Cates has explored at length recently. All in all this issue was nothing mind blowing but I had a decent time reading it. 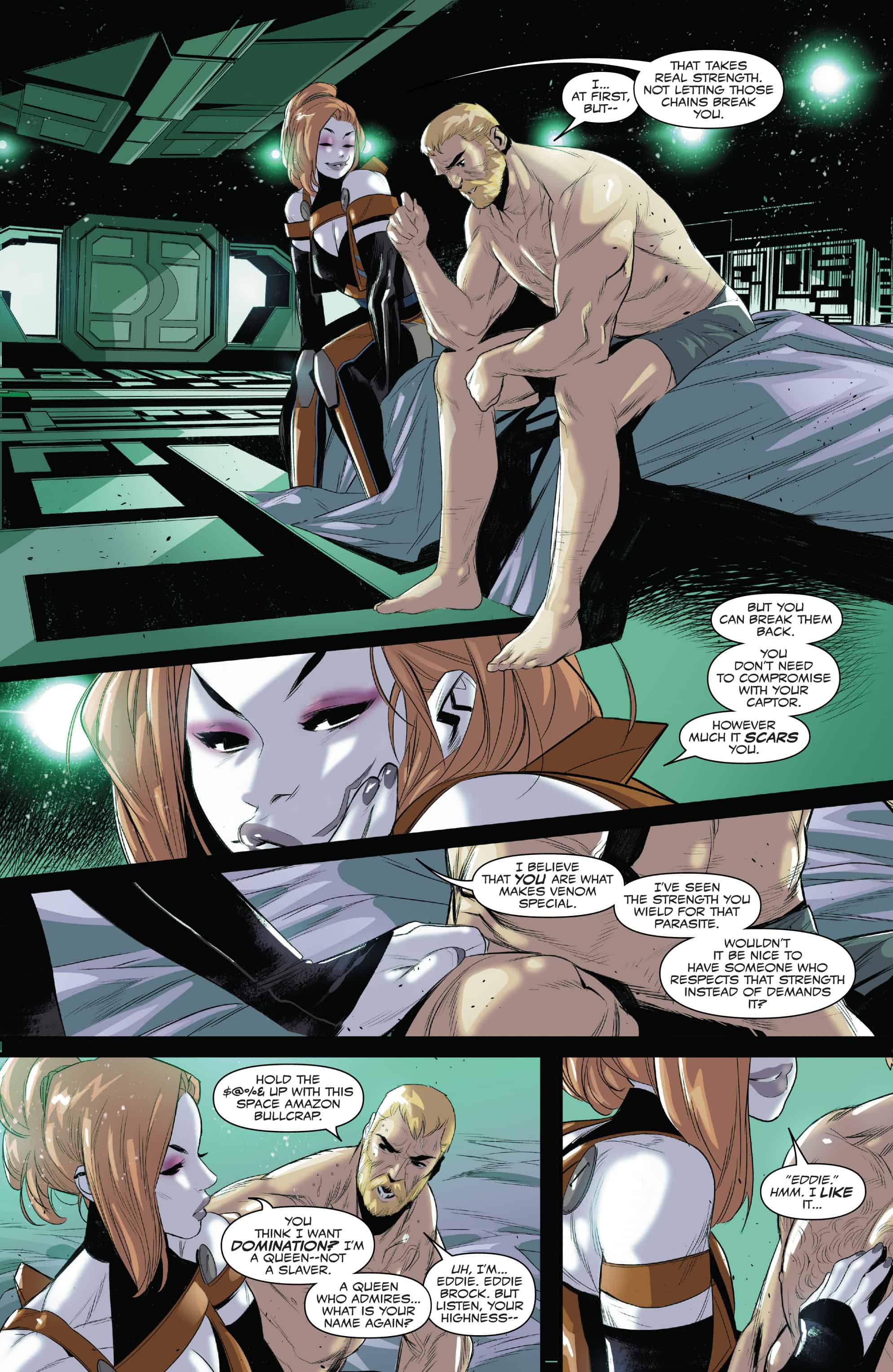 The art was extremely stylized when Venom was on page, but got a bit more standard when he wasn’t. Eddie spent the bulk of the issue separated from his other half so it wasn’t enough to feel like it got old stylistically. Honestly it felt a bit like trading card art from the 90’s which is honestly a compliment some of those cards made you itch for an artist to try their hand at interior art and the vast majority didn’t.

A decent read, so far I'm liking Acts of Evil