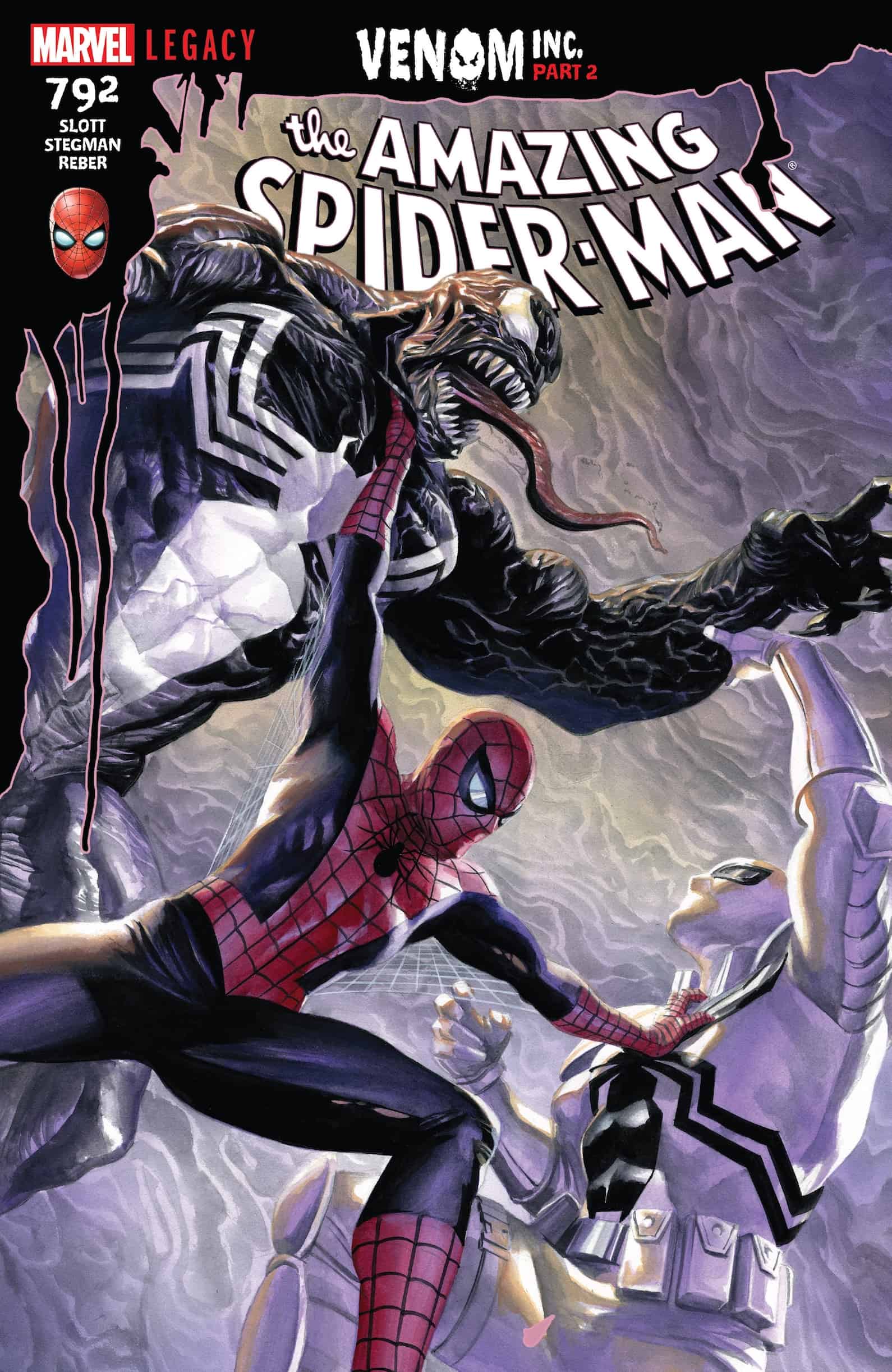 The classic team-up of Spider-Man and Venom continues in this special Venom Inc. tie-in issue!

What You Need to Know:
Previously in Venom Inc. Alpha: Lee Price has forcefully removed the Mania symbiote from Andi Benton and takes it for himself. Assuming the name Maniac, Price begins infiltrating New York’s criminal underworld, infecting people with the symbiote to build his own personal army. 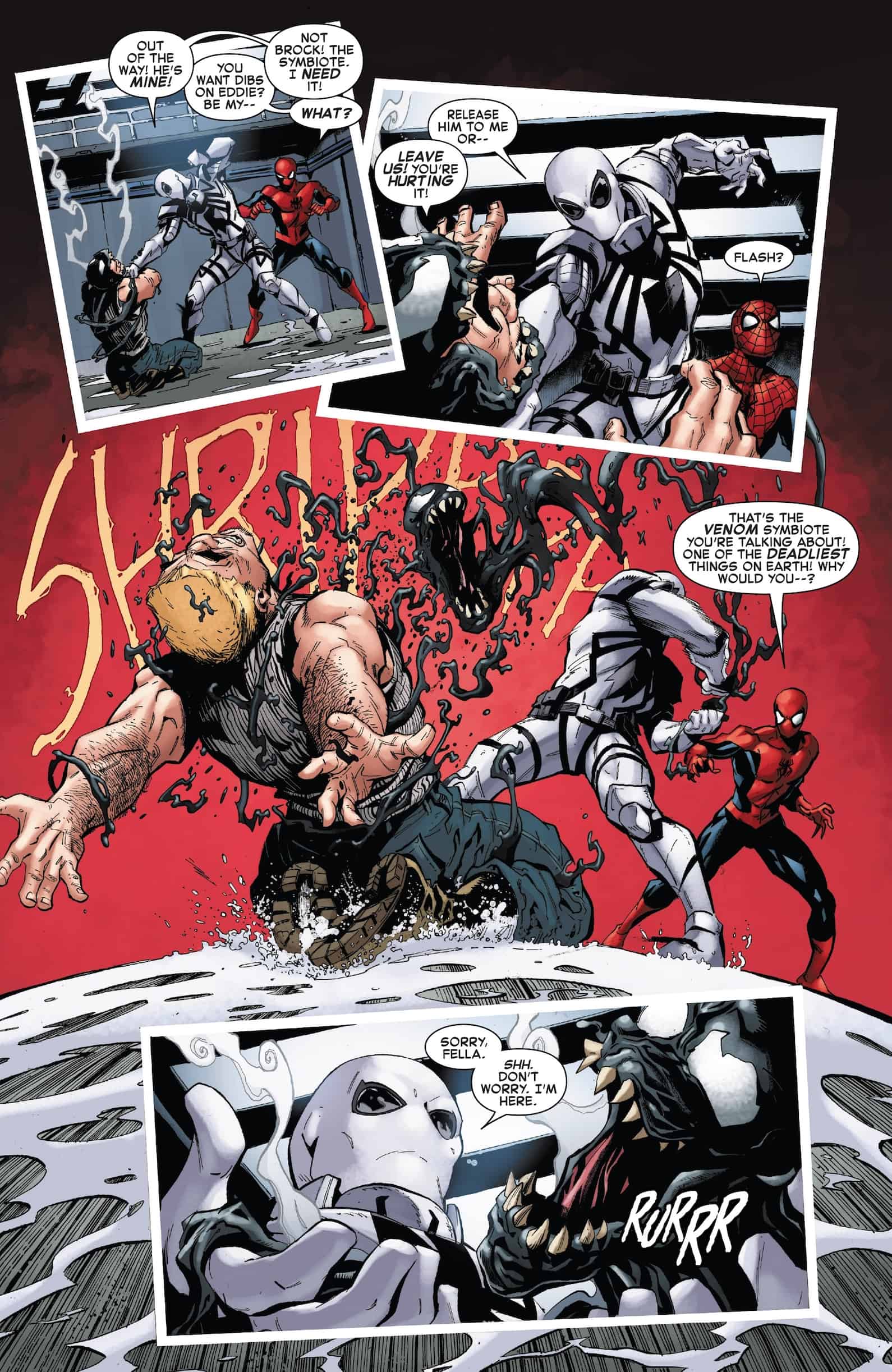 What You’ll Find Out:
Using his new powers as Anti-Venom, Thompson separates the symbiote from Brock and Spider-Man immobilizes him in webbing thereafter. The two then reside at Mockingbird’s apartment where they discuss the symbiote. Spider-Man argues the symbiote is a threat and must be neutralized, while Thompson insists it has changed and is more willing to perform heroic deeds. The two agree that the symbiote can help them track Andi’s, which has bonded with Price, now Maniac. 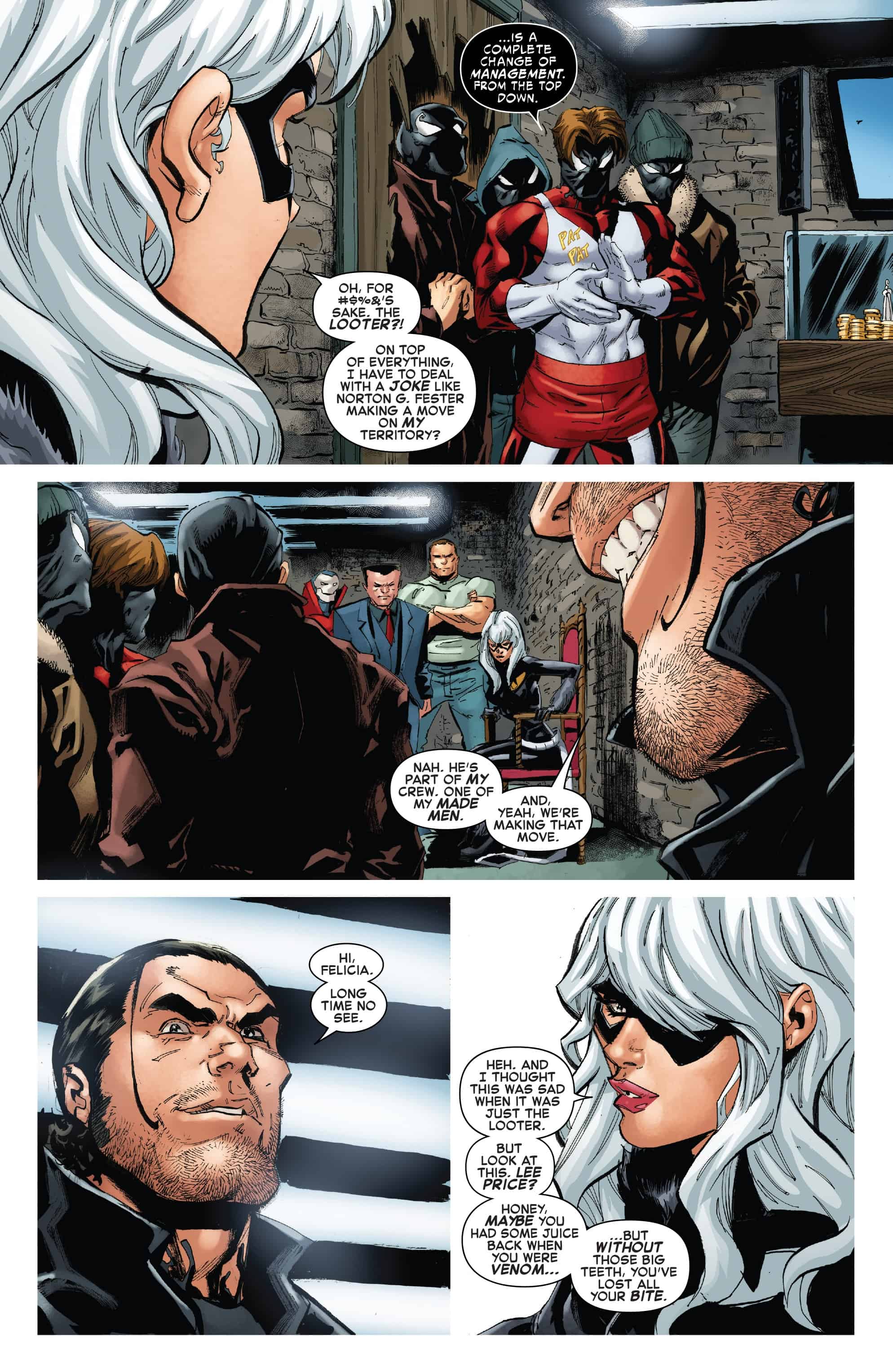 Meanwhile, Maniac is further expanding his control of the criminal underworld by attacking Black Cat’s territory. Cat responds by counter-attacking Maniac’s symbiote army with her entire gang, which includes Hammerhead and former Venom Marc Gargan aka The Scorpion. When all of Cat’s men have been bonded by Maniac’s symbiote, she challenges Price to a one-on-one duel out of desperation.

Using a piece of the original symbiote, Spider-Man has developed a tracker to find Price. The tracker leads Spider-Man and Anti-Venom to the Black Cat’s lair. Upon entering, they are greeted by Black Cat and her gang, who are now part of Maniac’s symbiote army.

What Just Happened?
I’m a tad disappointed with the way this story presents itself in this second of a 6-part act. Despite being an ASM issue, the narrative is painting Spider-Man as more of the bad guy because of his insistence of the symbiote being “his mistake”, citing how he was the catalyst of Venom’s birth and its offspring after bringing the symbiote to Earth after the first Secret Wars. It just baffles me how is it through all these years, Peter didn’t get the memo that a lot has indeed changed for the symbiote since. When Peter and Flash meet the now symbiote-bonded Felicia and her gang, it was a clear foreshadowing that Peter will just be jobbing while Flash, the new Anti-Venom, cleans house.

The fact that Flash is the new Anti-Venom makes it clear Brock will resume his role as Venom. It leaves me the impression that Venom Inc. will be more of a team-up between Eddie and Flash rather than all three with Peter, as the latter is further being demoted to that of a supporting role. Given that this is the Legacy series, it kind of makes sense to feature the Venoms throughout the generations while Spider-Man will have his own feature somewhere down the road. 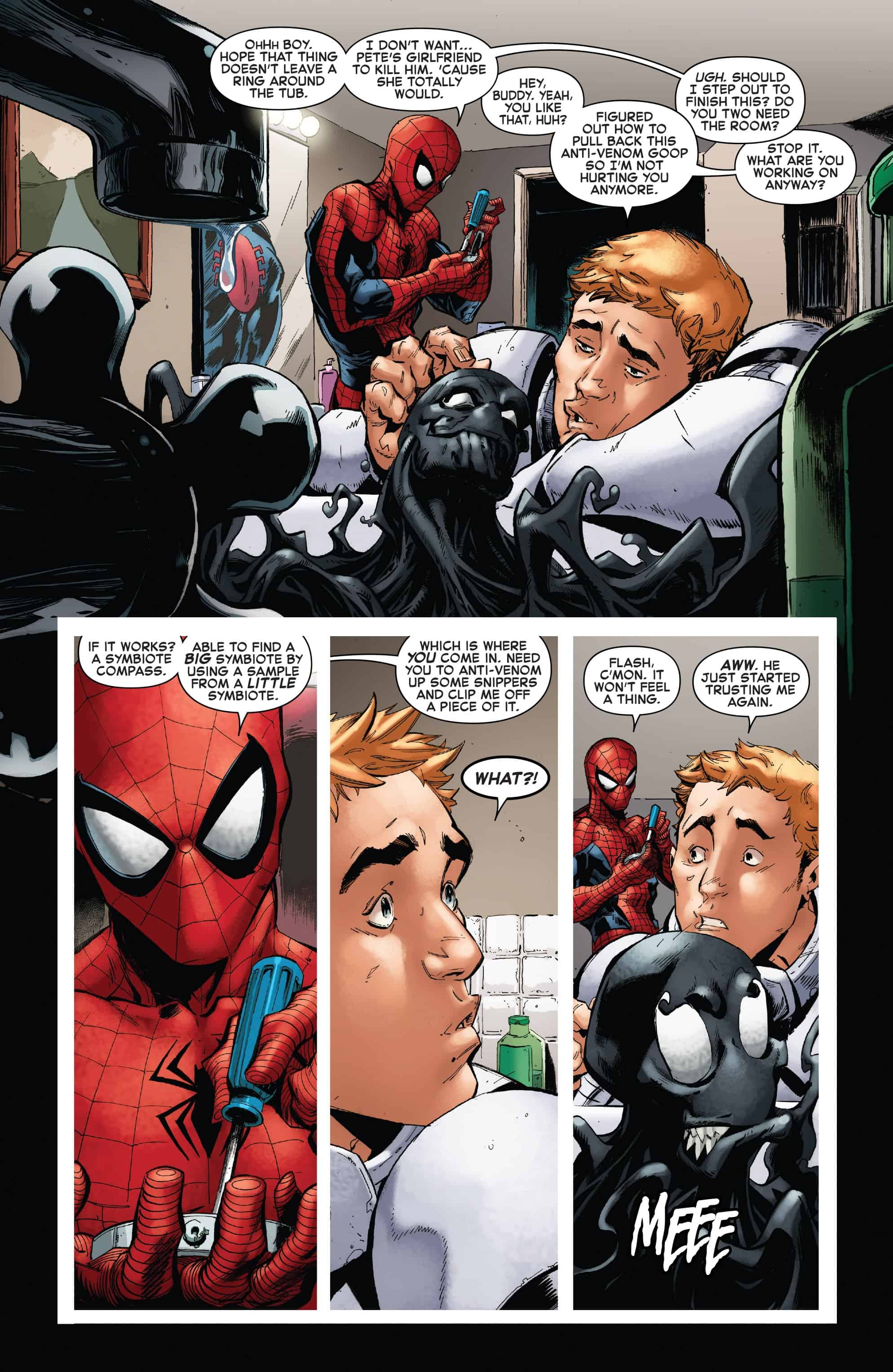 Although Ryan Stegman did great with the designs for Venom and Anti-Venom, it’s not so much with Maniac and the rest of the symbiote army. I’m even less impressed on his take of Black Cat, Tombstone, and The Scorpion. On the other hand, his artwork of the symbiote’s reactions to Flash is cute. And of course, the cover art by the great Alex Ross is amazing.

Rating: 6/10
Final Thoughts:
Despite being an ASM comic and part of the Venom Inc. crossover, Spider-Man continues to play sidekick to Venom and Anti-Venom rather than an actual team-up. While the issue tries to illustrate there’s a lot happening, in reality, there is very little progress in the narrative. Still, Venom Inc. has four parts left, and hopefully, part 3, which will appear in Venom #159, will bring in much-needed action.