New York City is under attack from within, the villain Maniac, wielding a new infectious type of symbiote. has managed to take over all organized crime in the city. Only Spider-man, Venom, Antivenom and Black Cat stand in his way! It’s gonna be a bumpy ride! 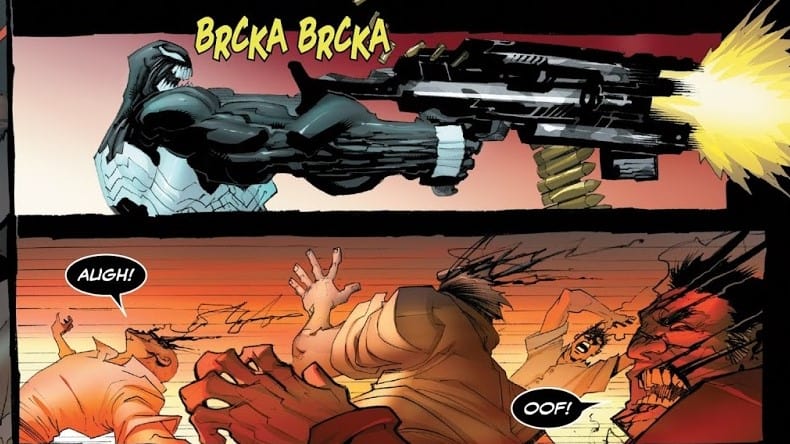 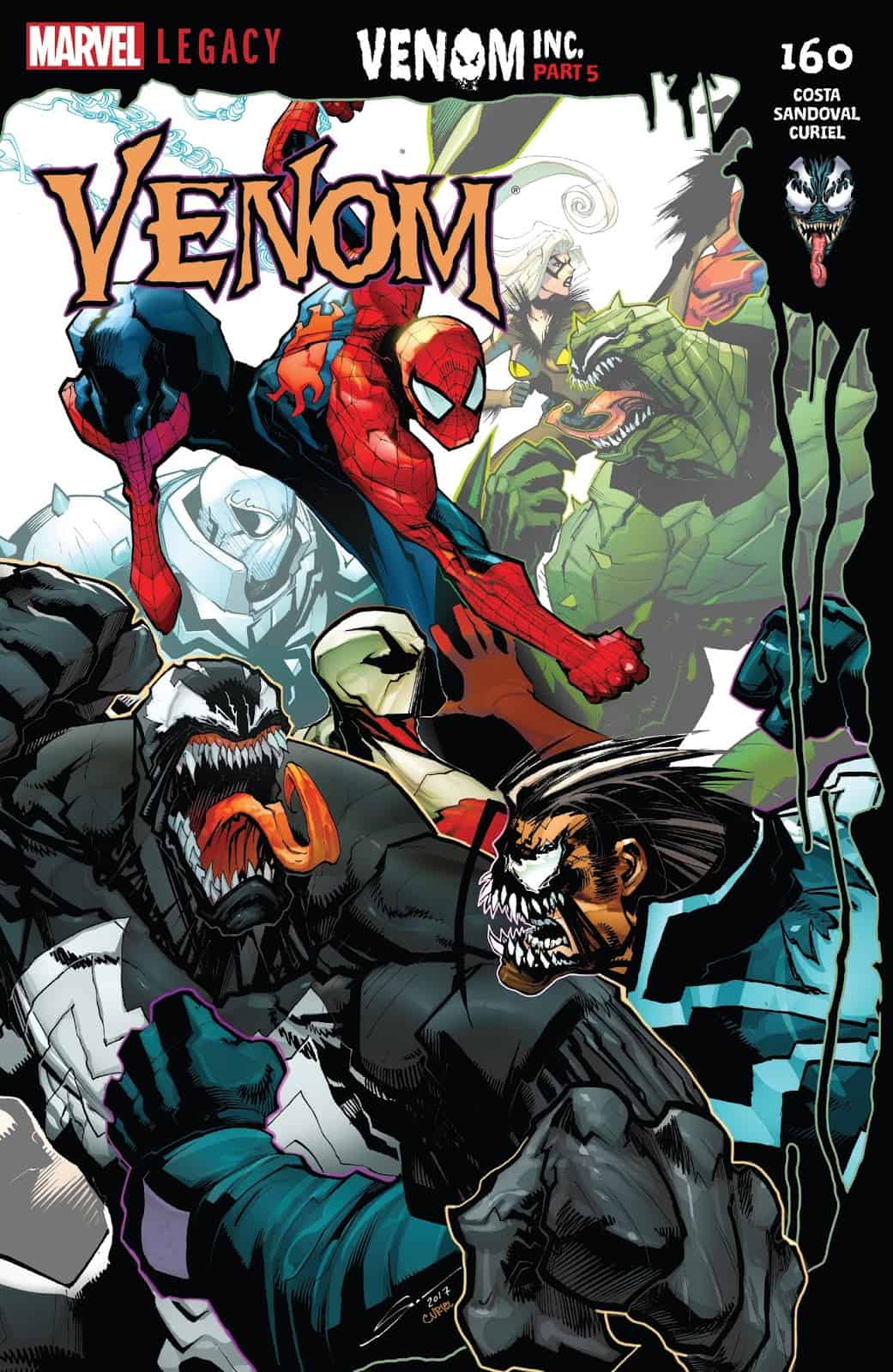 There’s a new villain in town, Maniac has discovered a way to use a symbiote like a virus to gain control of the criminal element of New York City, even going so far as to infect Spider-man himself. Last issue Antivenom, Venom, and Andi (the original host of Maniac’s symbiote, Mania) managed to free Petey from Maniacs control. Unfortunately, the distraction bought Maniac the time he needed to almost fully seize control of every member of the five families in a huge secret meeting. Things aren’t looking great, is this the turning point? Let’s find out. 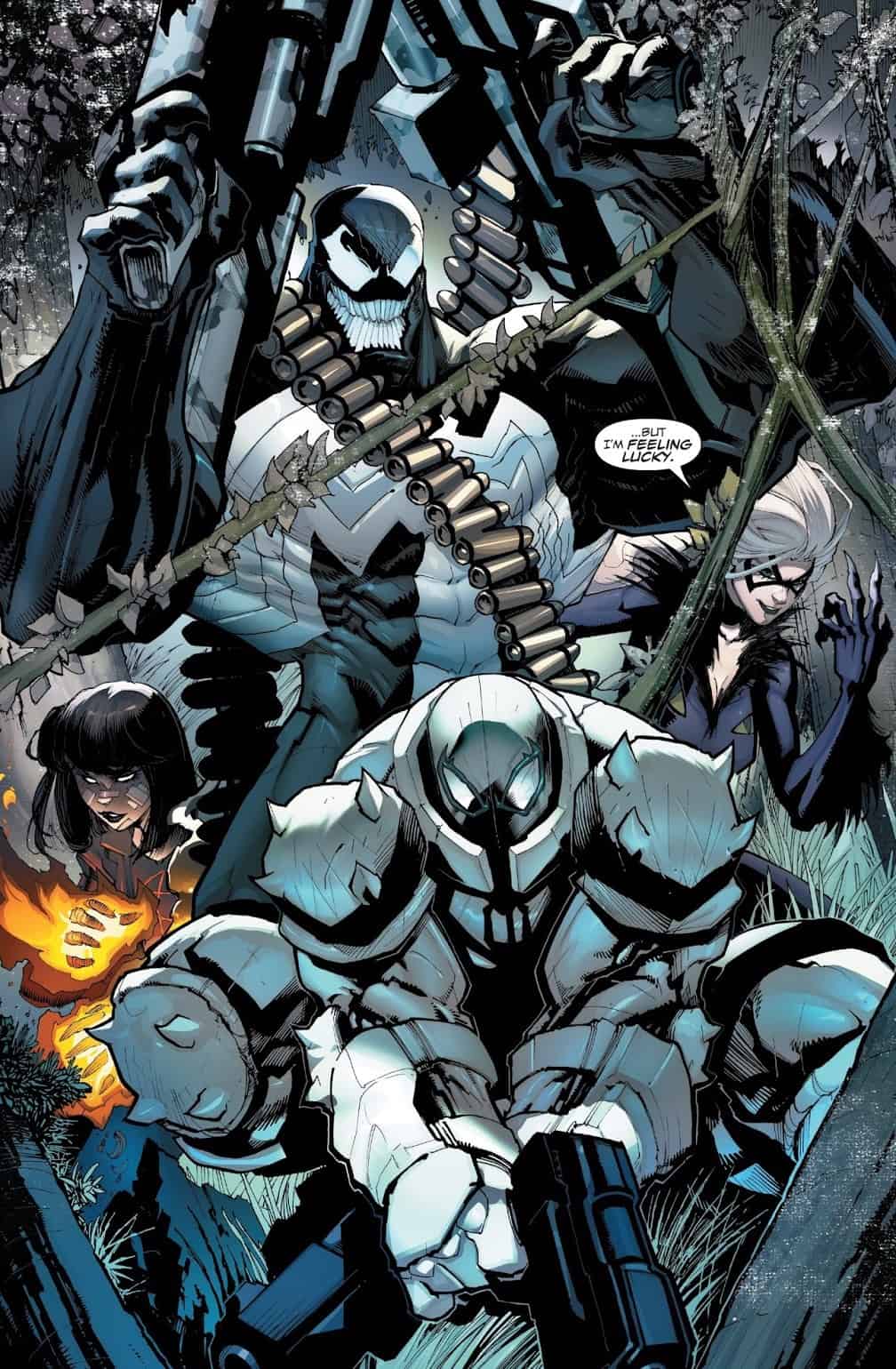 We open on our heroes planning an assault on the five families compound, they figure on a hundred or so Venomized, well-armed mafia soldiers. They set up outside and wait.
Inside Maniac is telling the Mafia Dons how things are going to be from now on, when Spidey walks in, appearing to still be Venomized (he isn’t) and tells Maniac the Antivenom crew is outside waiting to fight him. As Maniac sends his crew out to attack he realizes Spidey is faking, now it’s a fight!

Suddenly the Antivenom crew burst in, de-Venomizing Maniacs crew where they can, Spidey’s web is antivenom as well! This is a great fight, I’ll let you guys see it for yourselves.

How do Venom and the crew get out of this? Find out for yourself, pick up a copy of Venom #160 today! 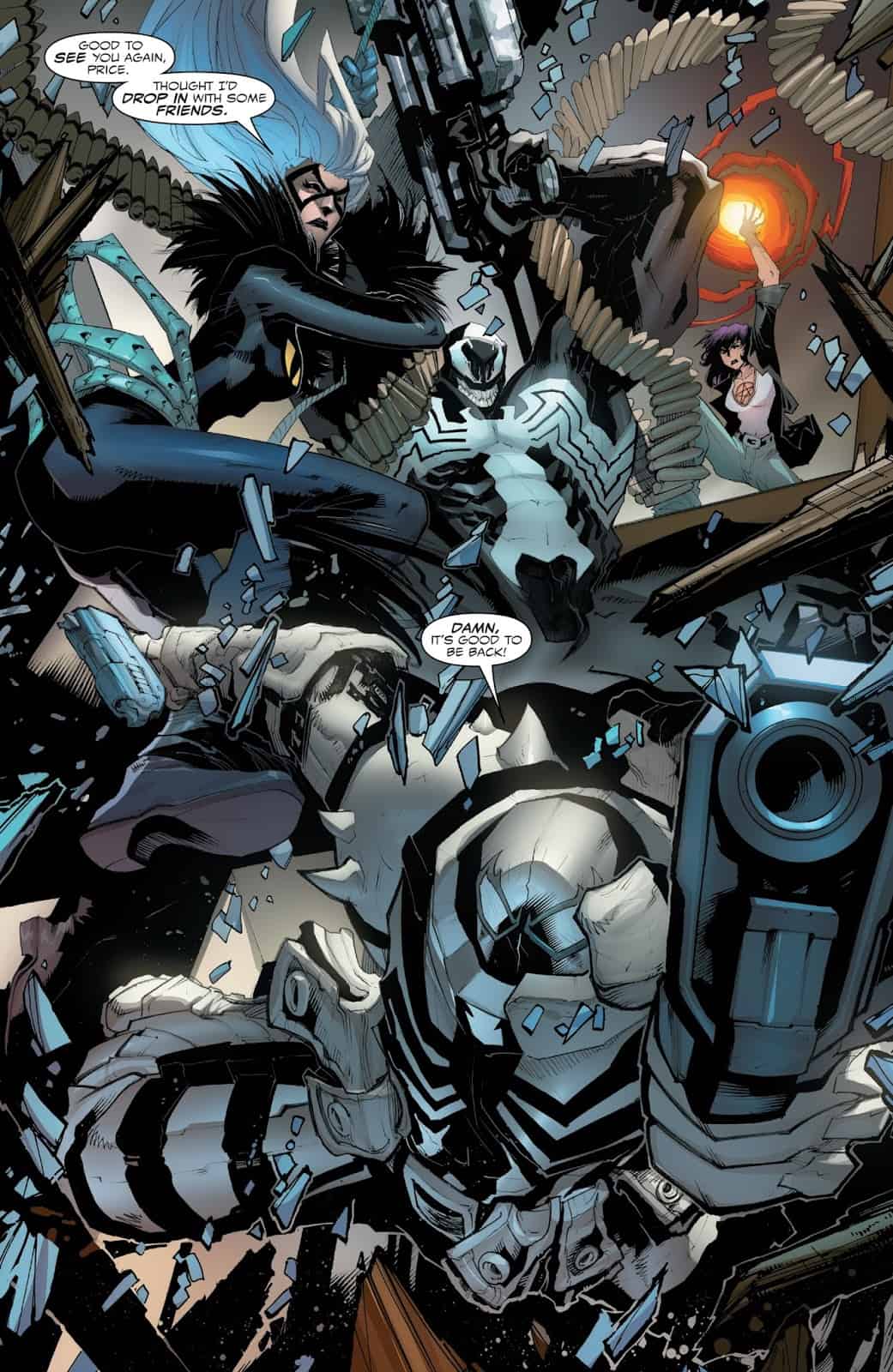 This issue was basically 26 pages of fighting and a little bit of plot, but for the second to last issue of a crossover that’s kinda ok. This is where most 6 issue arcs tend to either flare up or falter, and I’m glad to say I didn’t feel that way with this issue. I have been consistently enjoying this arc so far.

I do feel like this issue suffers slightly from an issue that is very prevalent in comics today, being paced as if it’s the middle of a collection rather than a single issue, and losing some of its punch in the process. This happens a lot, notably in the first issue of The Button (Batman/ Flash crossover from last year) an actual full issue fight with almost no dialogue, which was clearly designed to be an entry in the collection and is meaningless as a single issue.

I thought the dialogue during the fight was pretty funny at times, and the way Maniac outed Spidey as being out of his control cracked me up. I also really liked how despite being freed by Spider-man several of the villains didn’t see it that way.
I really liked the ending of this issue, which I won’t reveal to you, Maniac’s whole plan kind of took a 180 and I like where we’re headed.

The art in all 5 issues has been really great and a huge battle was just what we needed, this issue is very visual. (hence the kinda short synopsis) As before the Venomized goons look great, and everything looks like it should be. No new revelations (besides the last page, which is rad) so this section is a bit brief.

One minor nitpick I’ve had since the start, why do only the Spidey issues get Alex Ross covers? As a collector that bothers me, I’ve bought multiple issues of Metal just so I can have all the foil covers if the shop is out the day of release.

Knocked it down a little for being kind of light on plot. Overall a pretty good mid-arc issue, I am excited about next issue, it’s set up pretty well right now. If you’re a fan of any of the characters this crossover is a good one to read.