Venom has been separated by Flash Thompson, Anti-Venom! Now Eddie needs to find his other, before it’s too late. Meanwhile a new symbiote menace is looking to take over the city, taking over Black Cats club to start, the only ones standing between them and domination, Antivenom and Spider-man! 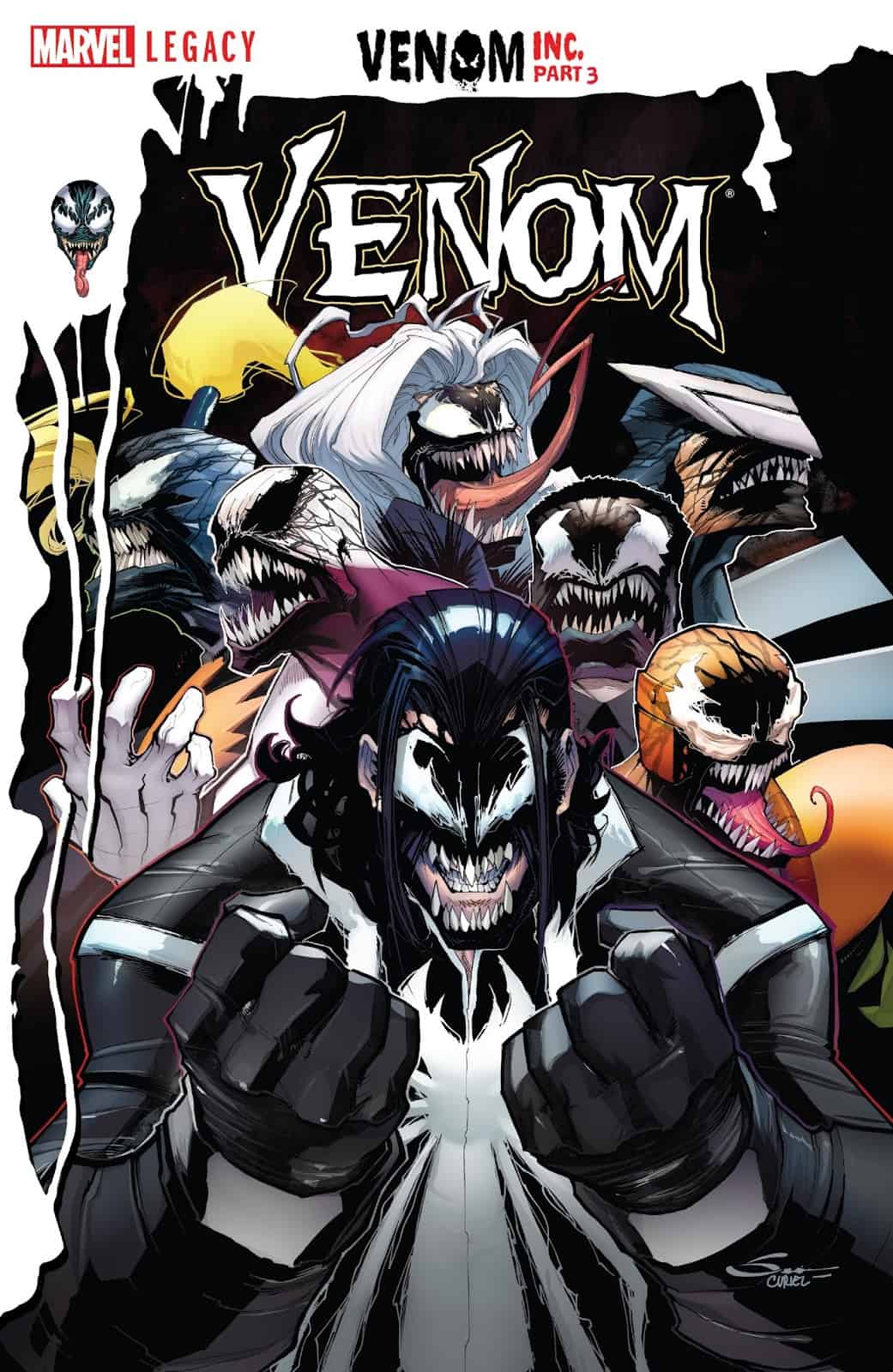 What You Need to Know:
Eddie Brock has been separated from his “other”, now he will stop at nothing to get him back! The Venom symbiote was captured by Flash Thompson, looking to recombine with the alien creature and reform Agent Venom. Eddie has been working for a corporation in exchange for a chemical that helps keep the symbiote docile in order to maintain some control.

Meanwhile across the city, a new symbiote menace controlled by Lee Price with limited mind control abilities has begun to infect supervillains like Mac Gargan, the Scorpion! Now with the help of Gargan and a handful of other villains Price is threatening to take over the criminal underground, then the world!

What You’ll Find Out:
We open on Eddie sitting on a park bench trying to concentrate, Anti-Venom completely severed his bond with the symbiote and he can’t feel him anymore. Eddie tries to focus, he thinks he feels something. He starts walking. Elsewhere, the symbiote begins to look for him as well, escaping it’s containment and taking to the sewers, destroying Peter Parker’s girlfriend’s apartment in the process. (the ole Parker luck holds up) 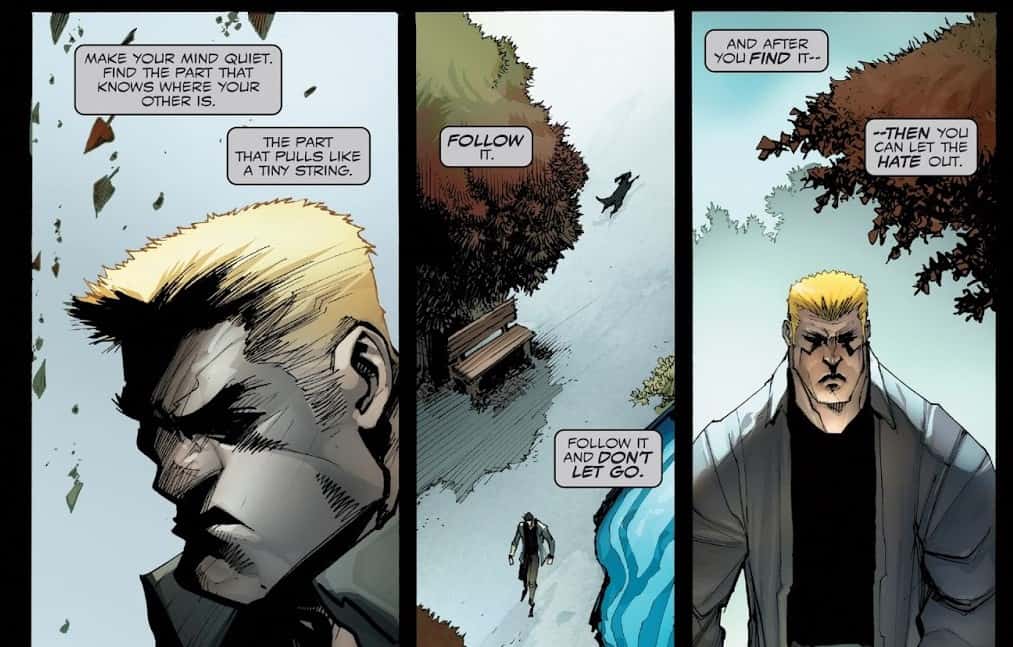 Meanwhile, at Black Cat’s club, Spidey and Flash are surrounded by Venomized goons, Price tells the duo they’ll be under his control in no time. The goons attack, AntiVenom squares off against Scorpion, using his caustic touch to burn the symbiote partially off him, Price realizes Flash is a threat and orders his goons to concentrate on Antivenom. 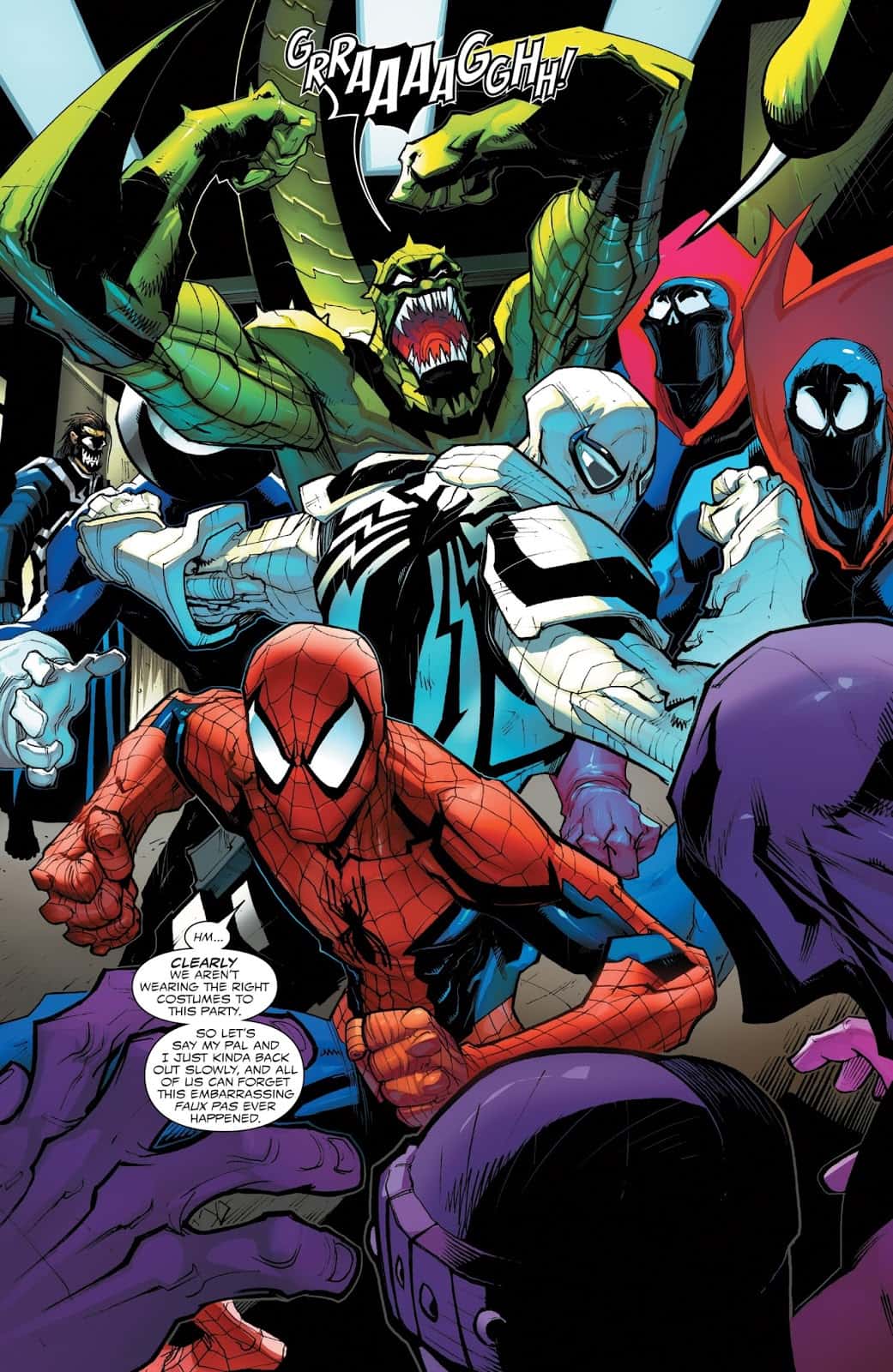 Spidey tries to help but is taken down by Venomized Gargan, as his Spidey Sense doesn’t work on symbiotes. Suddenly Venomized Black Cat tackles Flash and kisses him, the kiss boils the symbiote off her instantly. Felicia bails out of a window, hoping she’ll land on something soft, and she does, Eddie Brock!

Do Spider-man and Antivenom win? Does Eddie find his “other”? Does Black Cat get her club back? Kinda, yes and no, find out the details, pick up this issue of Venom today!

Plot:
I really enjoyed this issue, both visually and as a story. I’m very much liking this crossover right now feels like a Spidey crossover should feel. This feels like a step in the direction I’d like to see Marvel go. Good arc so far. Hope it keeps up.

Loved seeing Eddie try to regain his other, usually, he has a kind of homing sense when it comes to his alien compatriot. But it mostly takes place off page. Seeing the Venomized villains is cool too, although I was kind of hoping Gargan would become Venom rather than Scorpion, as that would kind of make more sense with him getting his powers from the symbiote.

Art:
I really like the Venomized character designs, not unlike Venomverse, just a nice different take on several characters. I also really like the design for Flash Thompson, Agent Antivenom.

Final Thought:
As far as crossovers go this one is awesome, and not too extensive or intimidating. I like it when crossovers are somewhat contained and don’t force readers to buy a bunch of books they wouldn’t otherwise lest they are crucial tie-ins (I’m looking at you, Deadpool Secret Empire tie-in issues!) All in all I would recommend this book to others.