Voice of the Siren #0-1: The Dilemmas of The Prince of Kannu 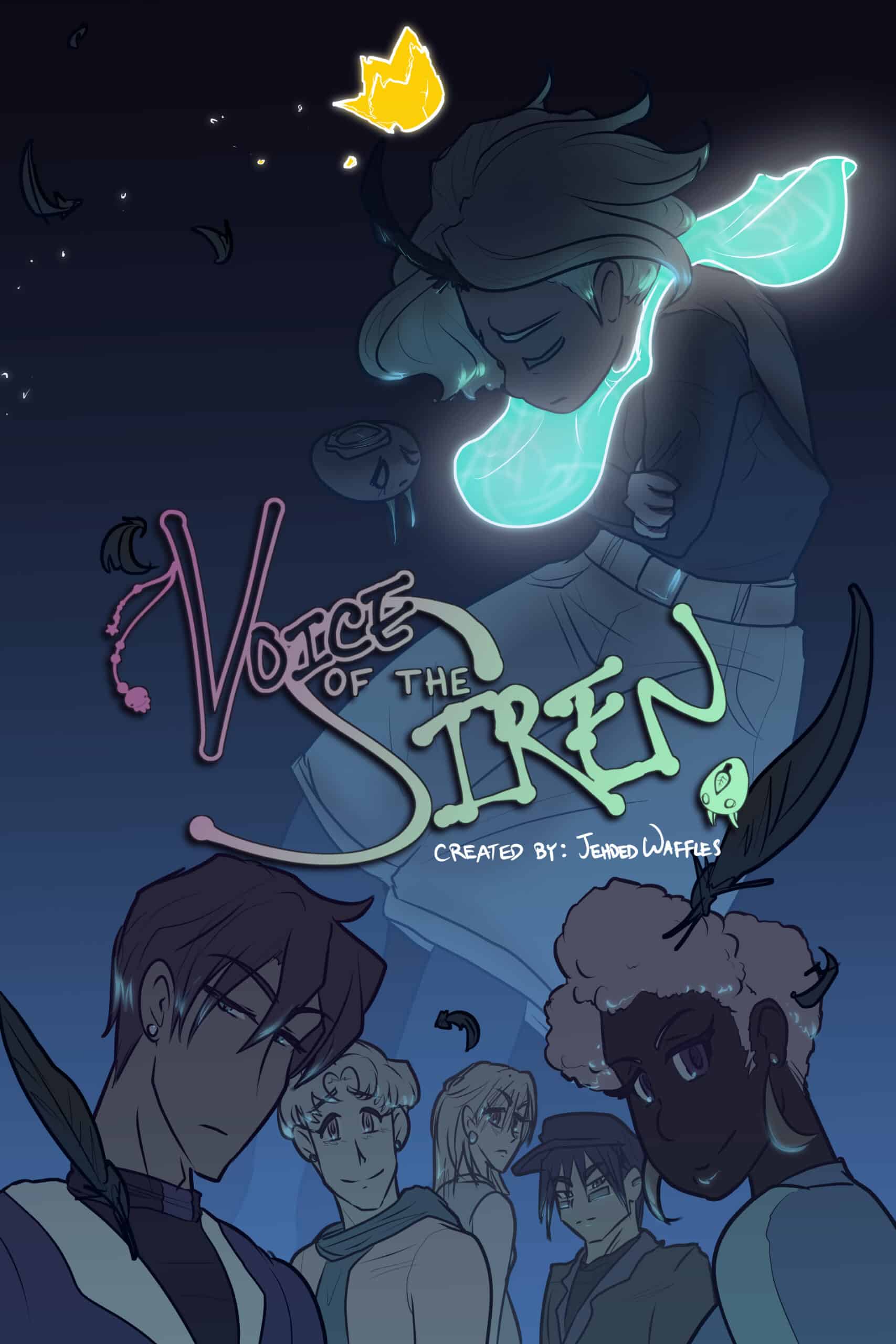 After the self-proclaimed pacifist Kittian Jehda violently loses someone important to her, she joins a second government-sponsored tour, a program to expose the citizens of “the cities” to a career. However, instead of taking another research tour, she decides to take the military tour. She meets five others who would change her life forever, and she theirs. Follow the team as they travel the world of the 2260s to learn about the military, themselves, and the past following them...

You can read Voice of the Sirens online on Webtoons and Tapas. Uploading every other Tuesday.

The first pages of the flash-forward Prologue of Voice of the Siren are bloody, otherworldly terrifying and of a crimson red that gets into your senses quickly, leaving you confused and eager to know more. And then, the story goes back, and everything changes in tone.

This kind of flashback narrative and the way the adventure of Episode 1: The Prince of Kannu starts as the beginning of a trip that the characters are just adjusting to (and that we, as readers, know will change these characters and holds something dark in its future) reminds me of the setting of videogames like Final Fantasy or Dark Chronicles. My favorite part of both those and the story in Voice of the Siren is the eagerness to create worldbuilding that, being “fantastic” and “futuristic”, reflects in-depth the same problems that we are facing today. It’s not in vain that the theme of the beginning of this story puts itself in the military, war, and pacifism.

The change of the color palette with changing scenarios, the way each character is delightfully coded as a primary color, the music scenes with brilliant greens and yellows and pinks… This story resolves its tone so beautifully on the coloring that you get moved to emotions by the whole panel, especially in those panels that have a filled background. On the downside, panels that are too separated and have a white background sometimes disconnect from the feeling of the story, and the speech bubbles and lettering, while really accessible, also confuse a little bit with the transparencies of it and the irregularity. 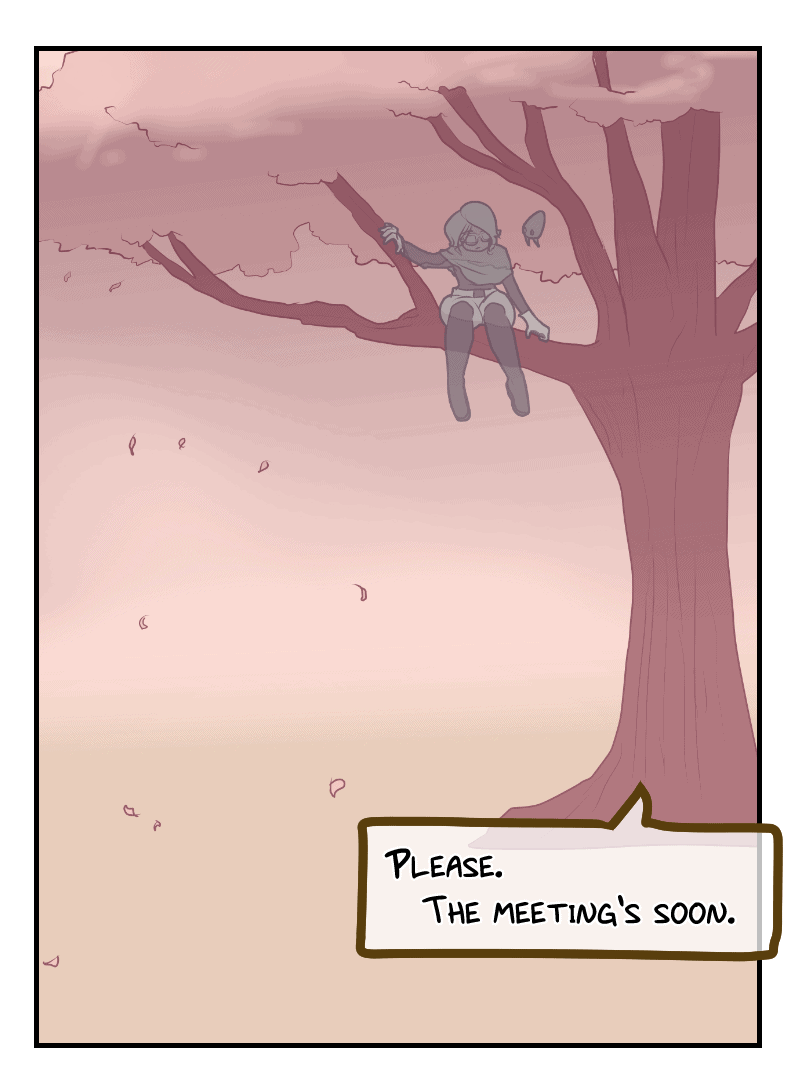 But don’t fool yourself, what this webcomic done entirely by Jehded Waffles (writer and artist) can lack in a couple of technical details it compensates by far with the tremendous character design and detail, that reminds me of the anime-version of Shojo Kakumei Utena, since both share a wide diversity of characters’ personalities and traits (and Voice of the Siren is also starting with queer representation all around it). That, plus traveling with these characters in a moving ship around the world, and not in a comfortable area where you don’t think about who they are, but in a very explicitly military tone to the setting and their depictions, really put the stakes of this comic high. It is a bold move to put the theme of pacifism and its limits in the context of military futuristic efforts, especially because we are driven to the point of view of Kittian, who is constantly uncomfortable with the use of force but driven to question herself and all that she has grown to believe in by a particular situation.

Some of the most delightful and impacting pages for this first episode are the flashback stories of each character where their past is shown in a color-filled sketch-like background. And it’s that kind of originality and playing with how the page represents in your eyes that makes this first chapter really stand out and set a solid ground for the story. 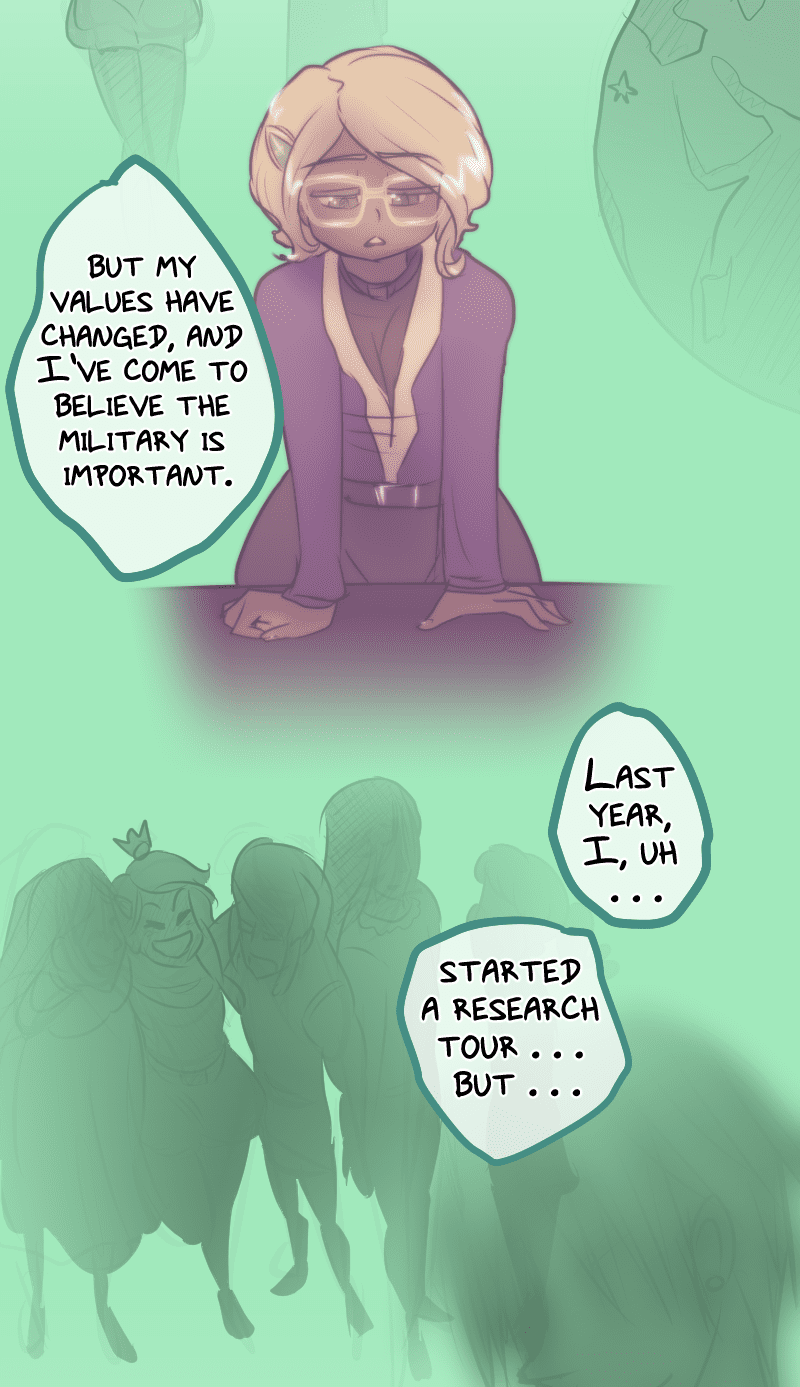 Overall, the most obvious narrative weakness of this first episode of Voice of The Siren is also its main strength: you’re left with a lot of teased worldbuilding without knowing what you’re supposed to think or feel, and it’s up to you to let your own ideas project in how you see this carefully detailed book. And it’s in that complexity of themes and setting that makes it shine and stood out.

Get you to this futurist microcosm in which the main conflict around militarism, pacifism and consequences is served in a bloody shocking beginning, just to get you right into some compelling character dynamics and worldbuilding. You're in for an intriguing journey.

Voice of the Siren #0-1: The Dilemmas of The Prince of Kannu