War of the Realms #5 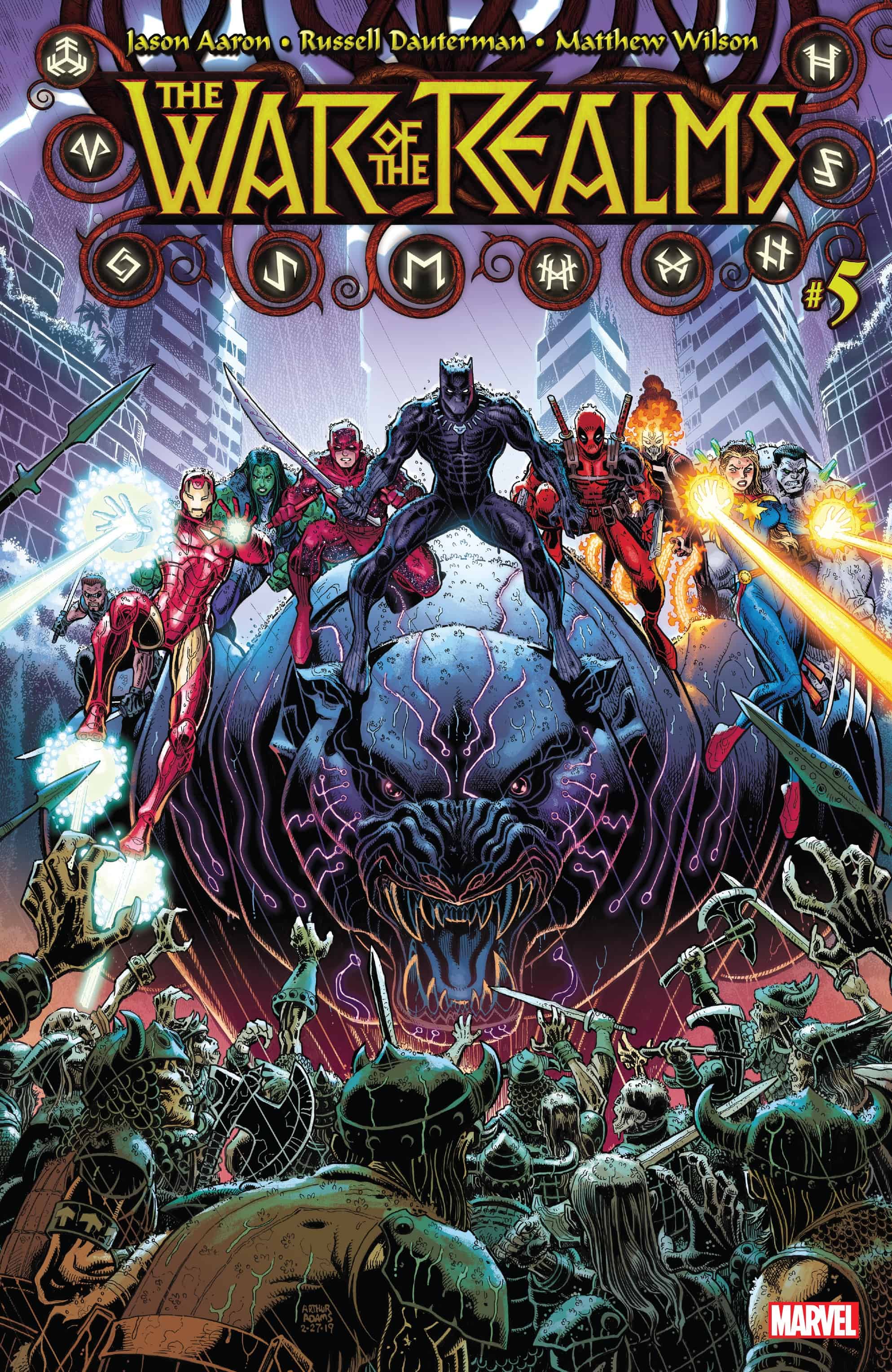 The tide begins to turn as the heroes gather to fight for Midgard! Everywhere you look this global conflict rages, and the redoubled efforts of our heroes begins to pay off as the villains begin to stand down. Unfortunately one notable villain is nowhere to be found, Malekith! 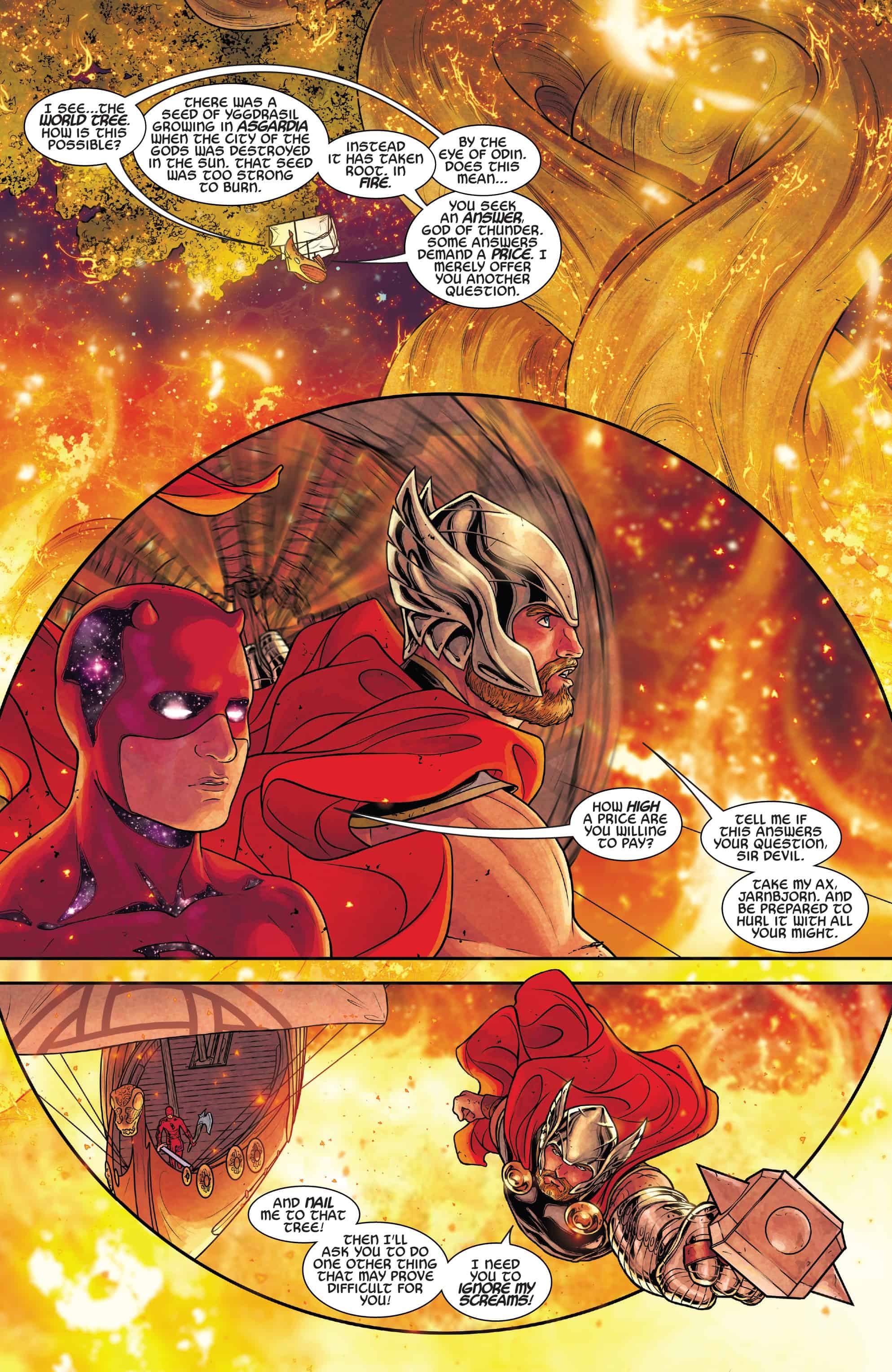 As the fighting begins in earnest following last issues organization of forces there are a lot of triumphant one off stories, many of which I would have liked to see more of but obviously there are only so many pages and things like A HERCULES AND MOON KNIGHT TEAM UP are apparently not even worth a single panel! For shame! But I digress, all in all this was an action packed issue that jumped around a little more than was ideal but still felt pretty exciting in it’s own right. 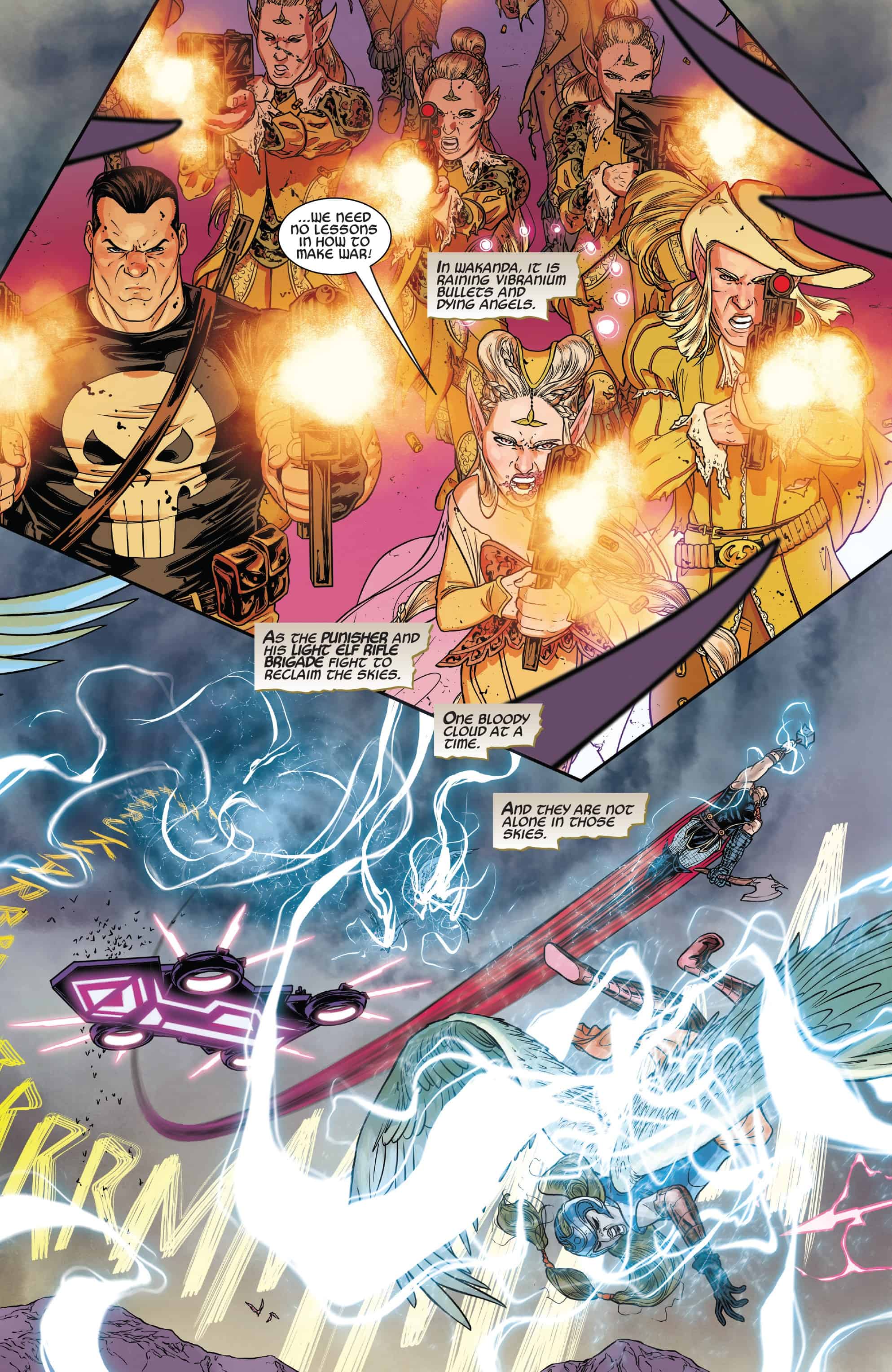 I liked several callbacks present in this issue including the Yggdrasil seed that was floating around Asgard for years (I wanna say it was Matt Fraction’s Thor run but it might even be earlier than that in Keiron Gillen’s run) finally paying off in a meaningful way after sitting doing basically nothing for 6-7 years then being thrown into the sun during the Death of Thor arc along with Asgardia and Mangog. Speaking of the godkiller I’m a bit disappointed he hasn’t come back I was hoping Mangog would be the the tide turner in the War of the Realms as the subjugation of Earth by mystical forces is pretty reminiscent of the destruction of his home planet in some ancient god war. 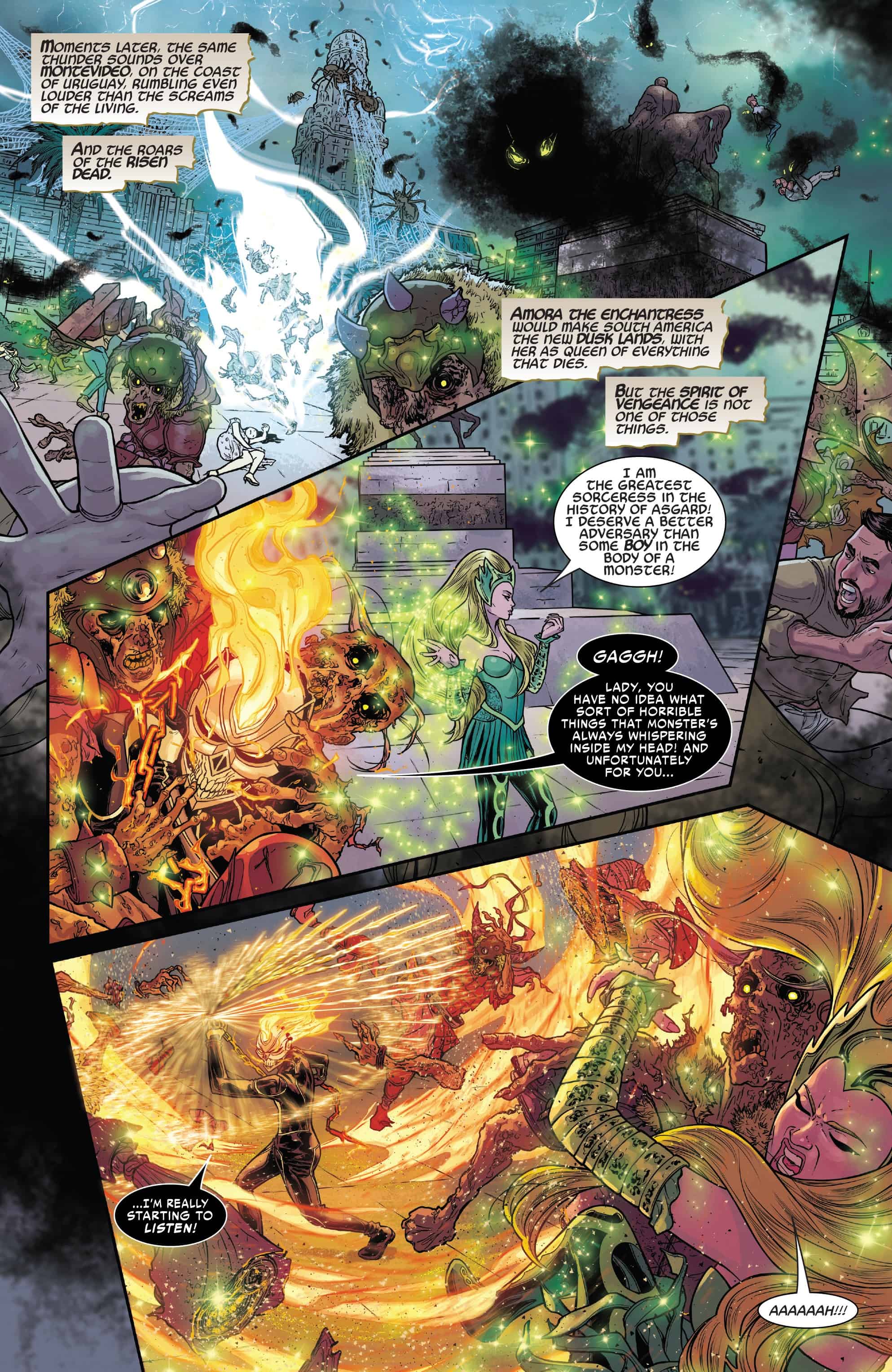 I like Malekith using the Venom symbiote as a version of All-Black the Necrosword, which was revealed in Donny Cates’ Venom run to actually be a piece of Knull, the first symbiote. Maybe Malekith doesn’t know what happened to Gorr the Godbutcher? Or he thinks he can do better. Both are likely.

I’m really liking the pacing of this event, as of the end of this issue the war is all but over save for one final conflict, the last issue Thor comes for Malekith! Not that it isn’t possible he’ll slip away somehow, or go back to the spider prison in Hel where he was from the late 90s through 2013.

The art by Russell Dauterman and Matthew Wilson continues to impress me, every page is exciting and dynamic and I had a hard time not just copy pasting every page because nothing felt insignificant in the entire issue. So dang cool! 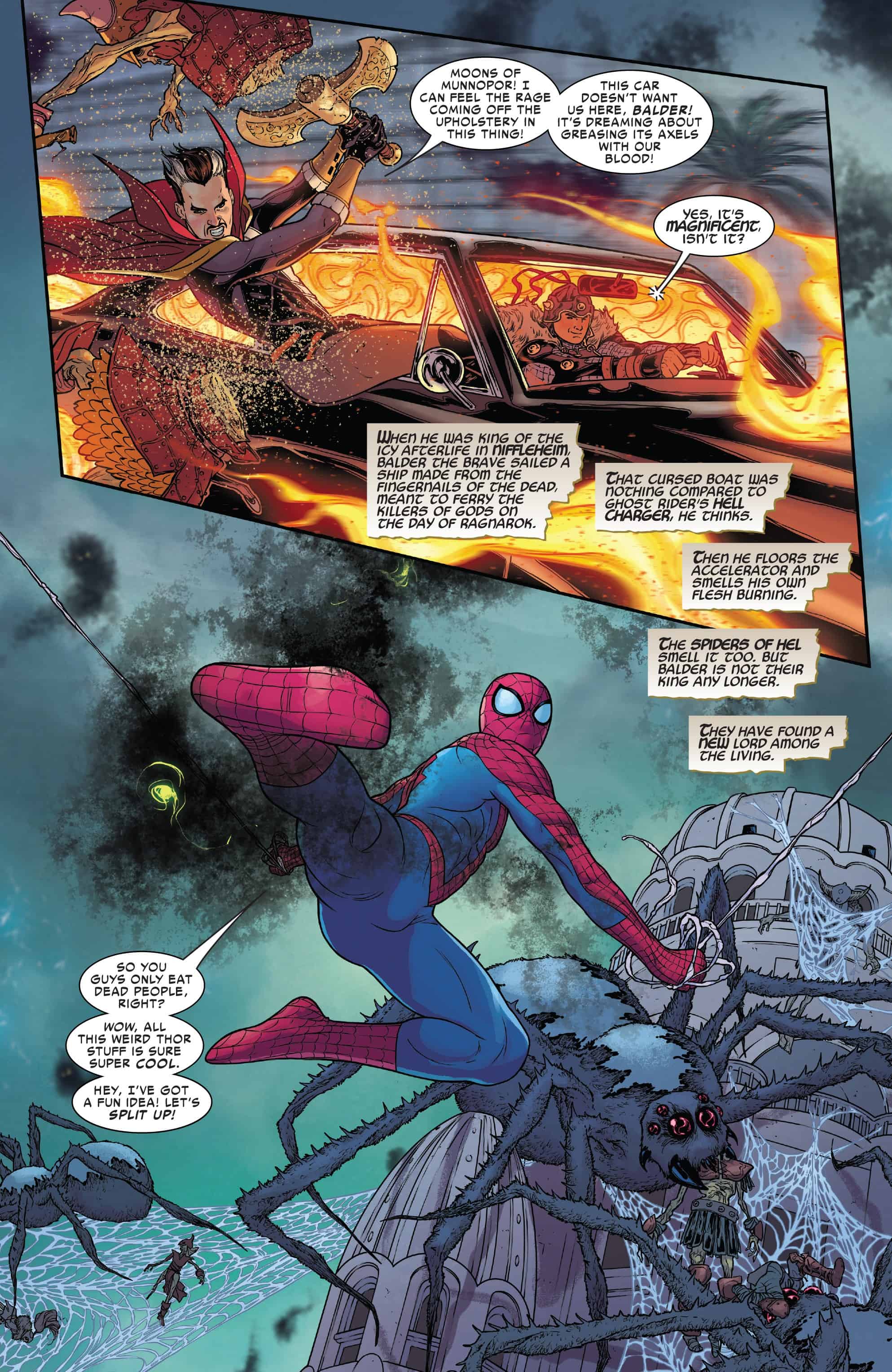 A fun issue that sets up the finale nicely I can't wait for #6!