War of the Realms: Champions #6 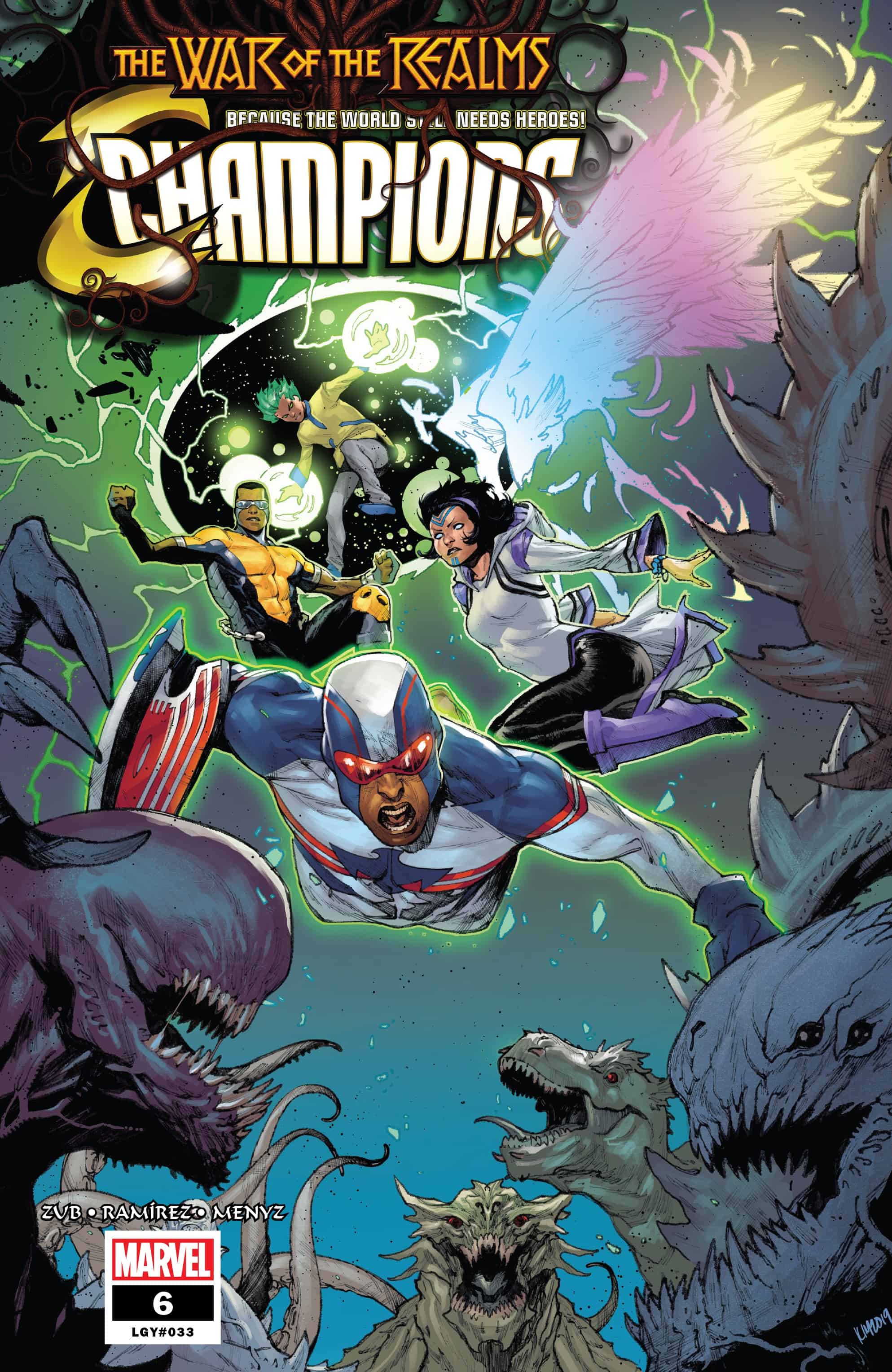 The Champions head to South America and come up against the forces of Amora the Enchantress, and her (Hela's actually) lieutenants the Desir! 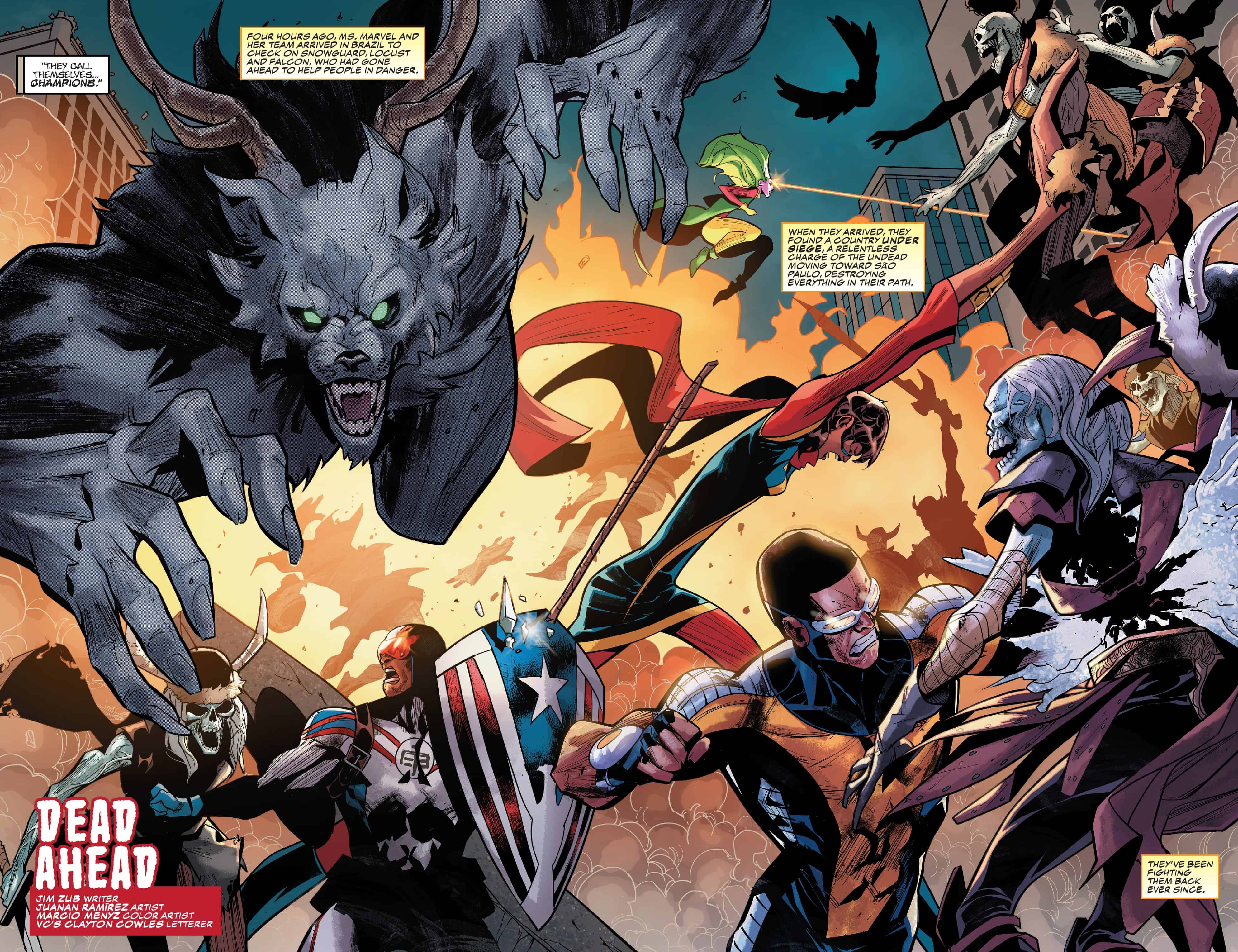 Frankly this issue wasn’t my favorite, with the fight with the Desir an afterthought despite taking up a huge chunk of the book. No stakes were there despite Jim Zub going out of his way to mention that an SOS was sent out, the perfect time for a random no name character or two to get killed. The Desir are dark Valkyries capable of giving Thor some trouble yet here one person gets a small scratch, admittedly Power Man gets run through, and thanks to some macguffin nonsense it ends up helping the team, it just didn’t feel very exciting as a book I bought for the War of the Realms. Obviously for the Champions book the big thing is Kamala being made to remember her death, which was pretty cool and will surely have ramifications. So a mixed bag all said I guess my point is for fighting 5 cold killers that could give the Hulk trouble this felt a bit too easy. 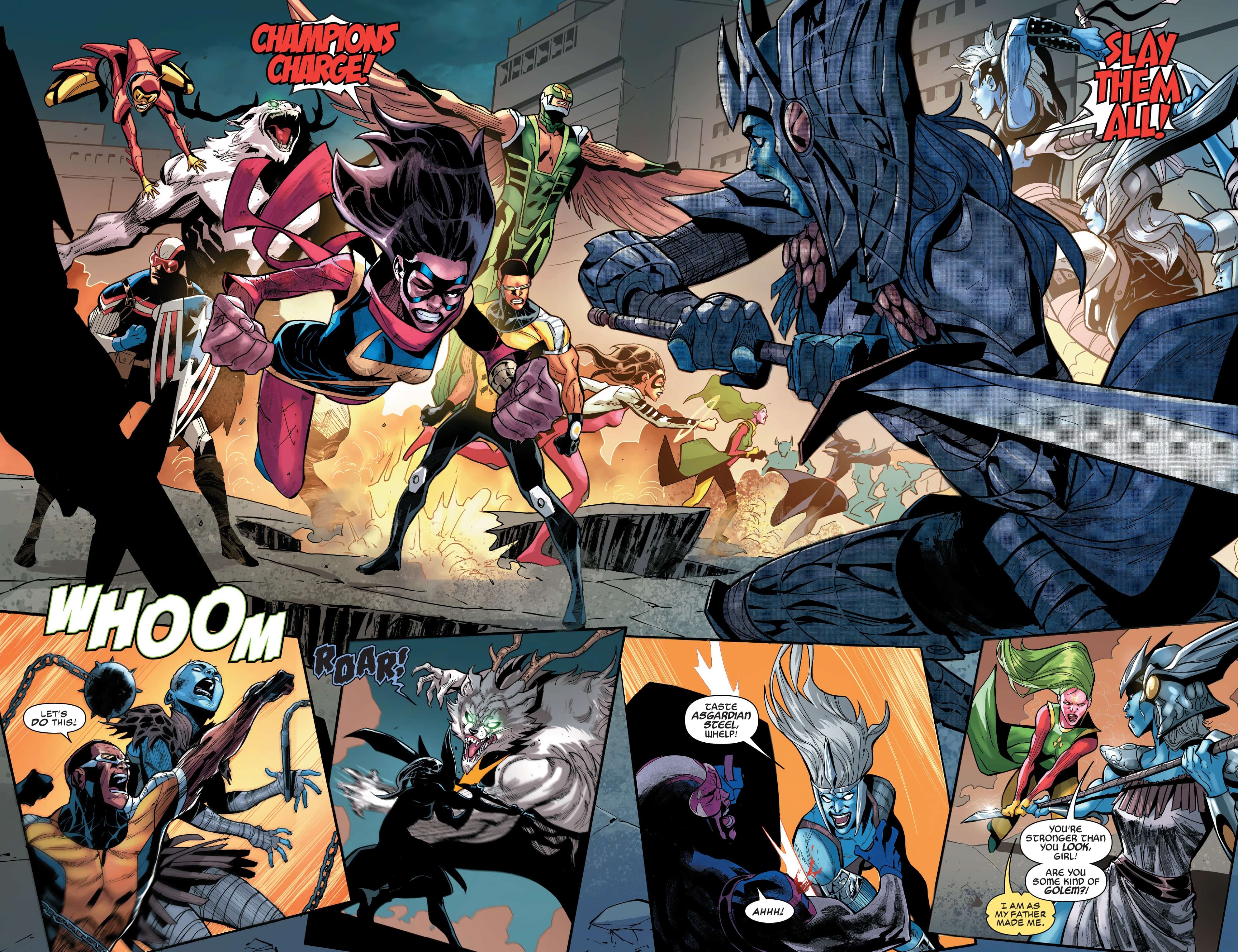 The art by Juanan Ramirez was really good for the most part aside from some incongruities like one character asking another to lift a girder and the other moving some concrete, girders are metal. Obviously a minor nitpick but just odd. Likewise the action scenes were at points tough to follow but got the job done.  There were some really excellent panels though and generally speaking I’m happy with the art. 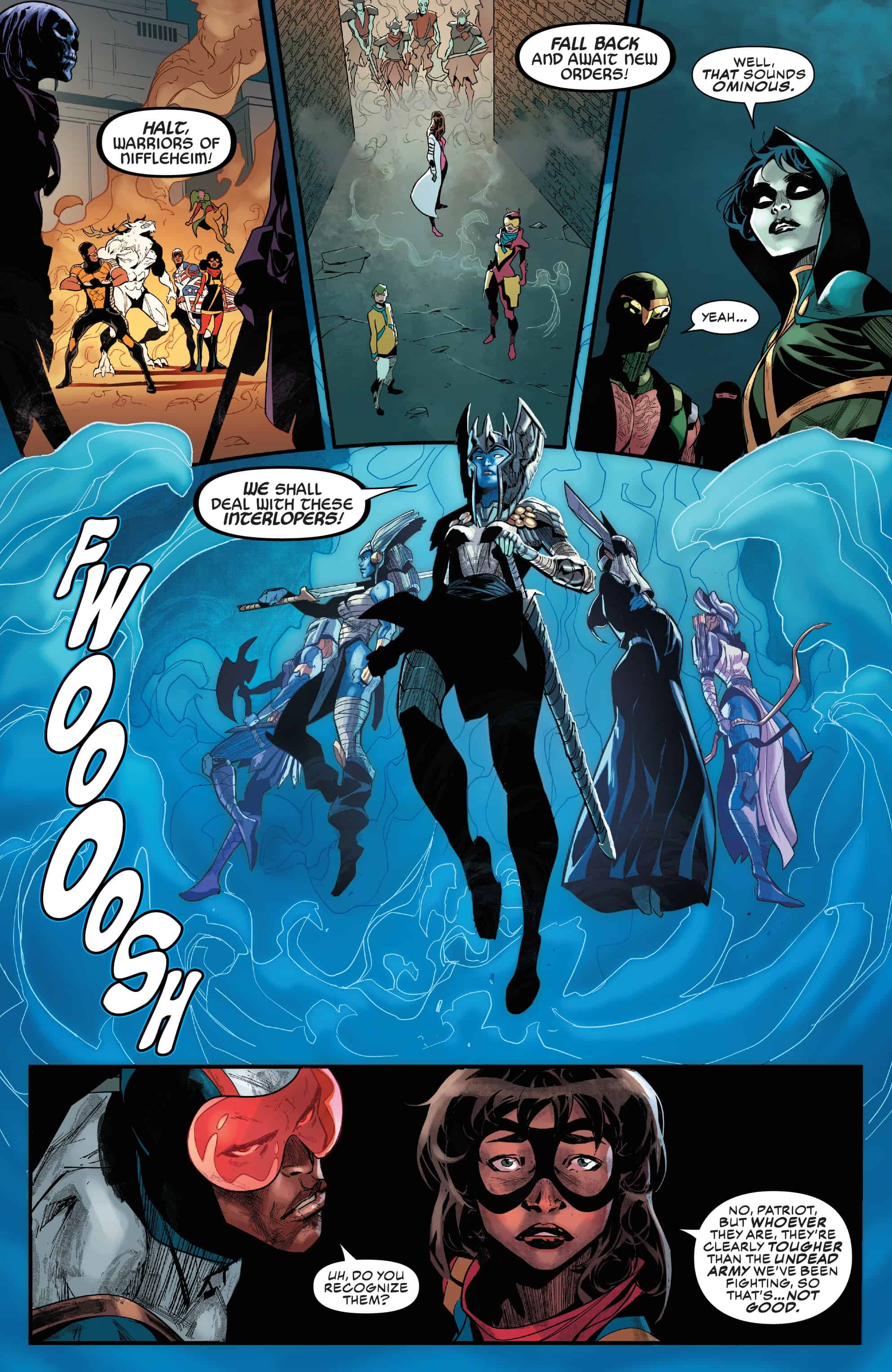 A decent issue of Champions but if you bought it as part of War of the Realms you might be disappointed.