War of the Realms: Superior Spider-Man #8: The War Within

War of the Realms: Superior Spider-man #8 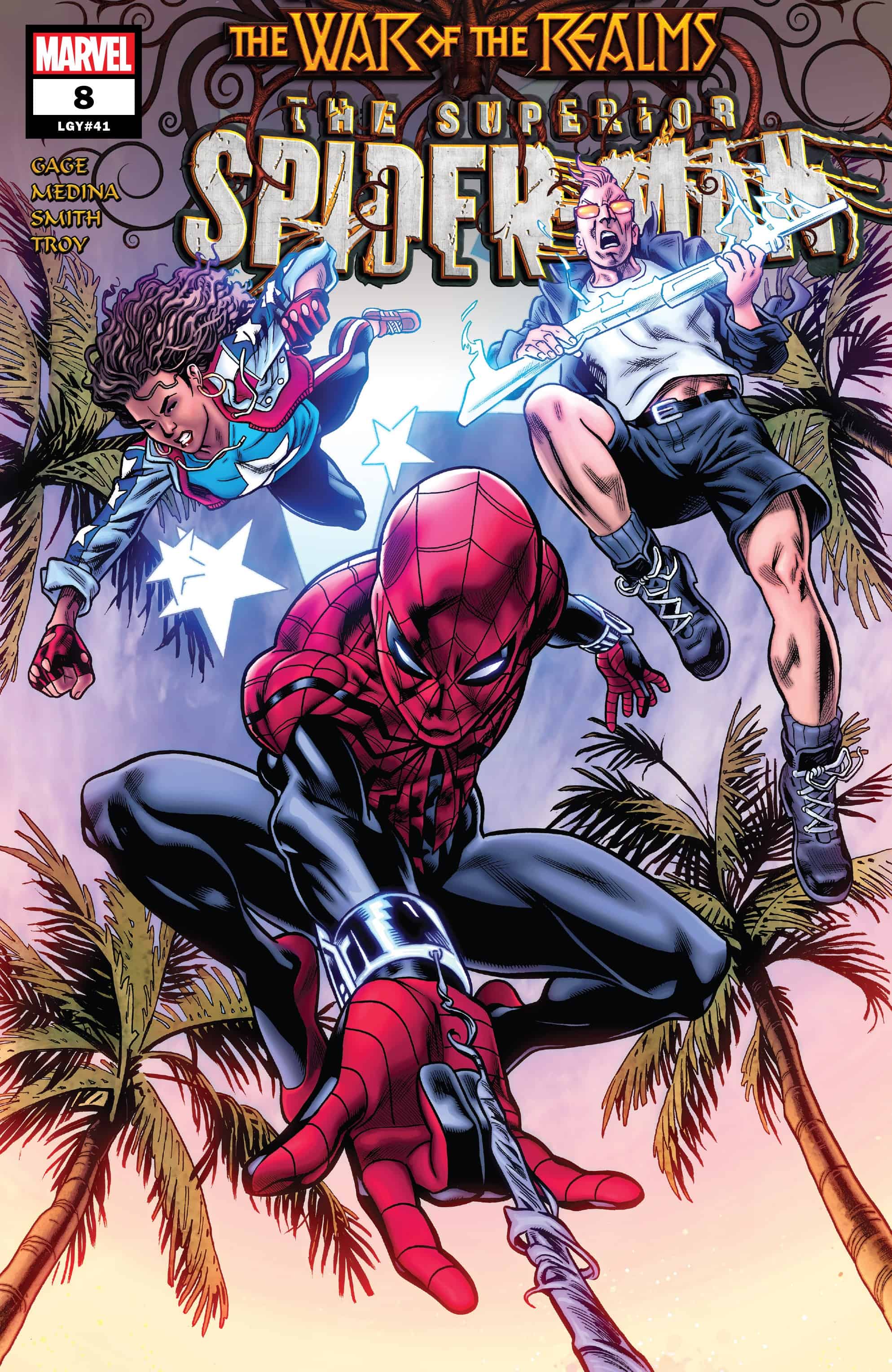 Otto teams up with the Fantastic Four and the West Coast Avengers in an attempt to singlehandedly end the War of the Realms. Along the way he learns that war isn't always about grandiose gestures, sometimes you just gotta save one person. 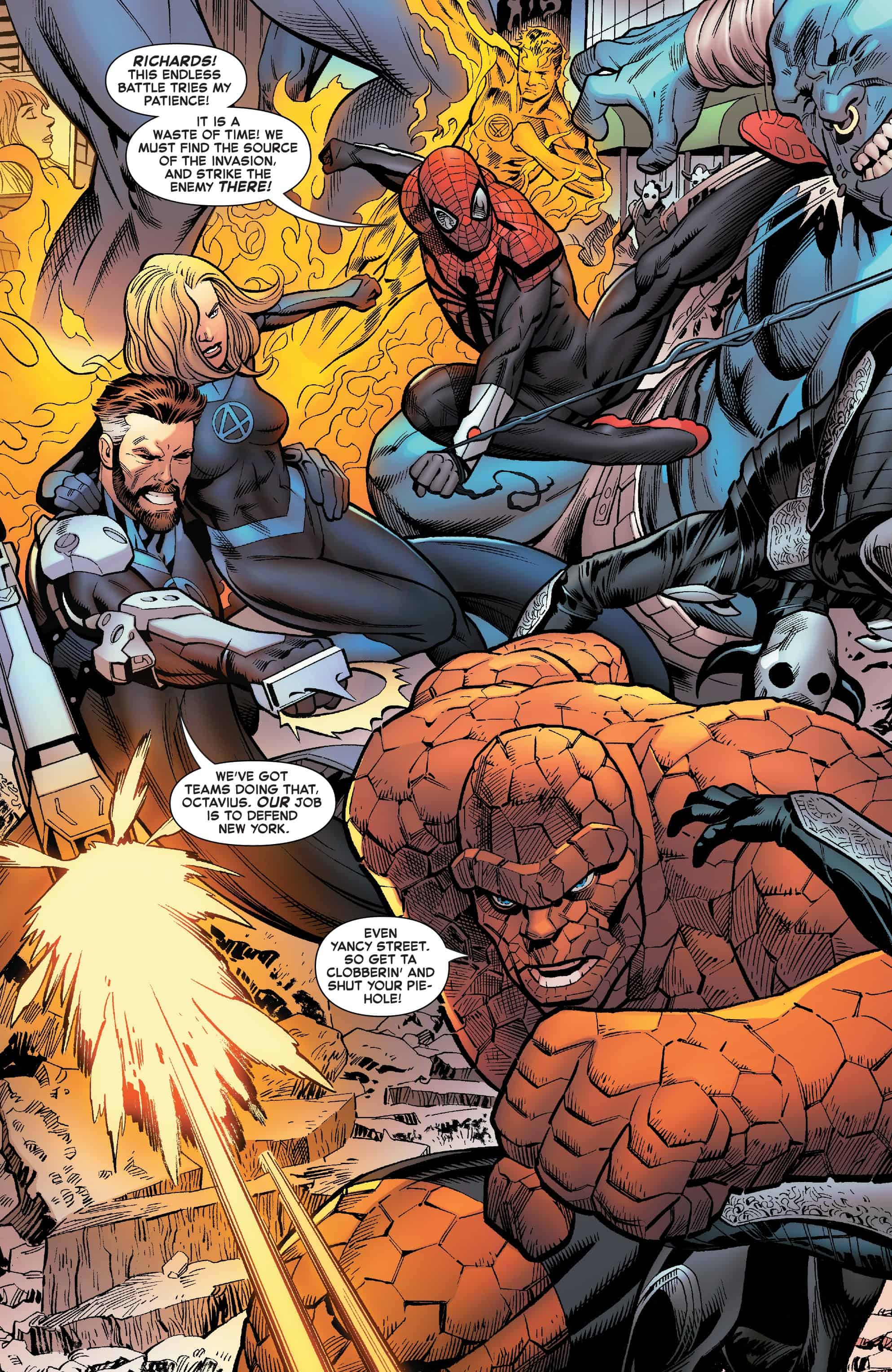 A solid issue that takes a minor step backwards by playing into Otto’s arrogance but rights itself by the end to be in line with his slowly developing moral center. I liked Reed and Otto talking as colleagues at points and the inclusion of the Strikeforce was clever. At no point would I call these two issues required reading for the War of the Realms but if you like this series and/or the event this tie in is extremely readable and might also be a nice fix for people missing the recently cancelled West Coast Avengers series. 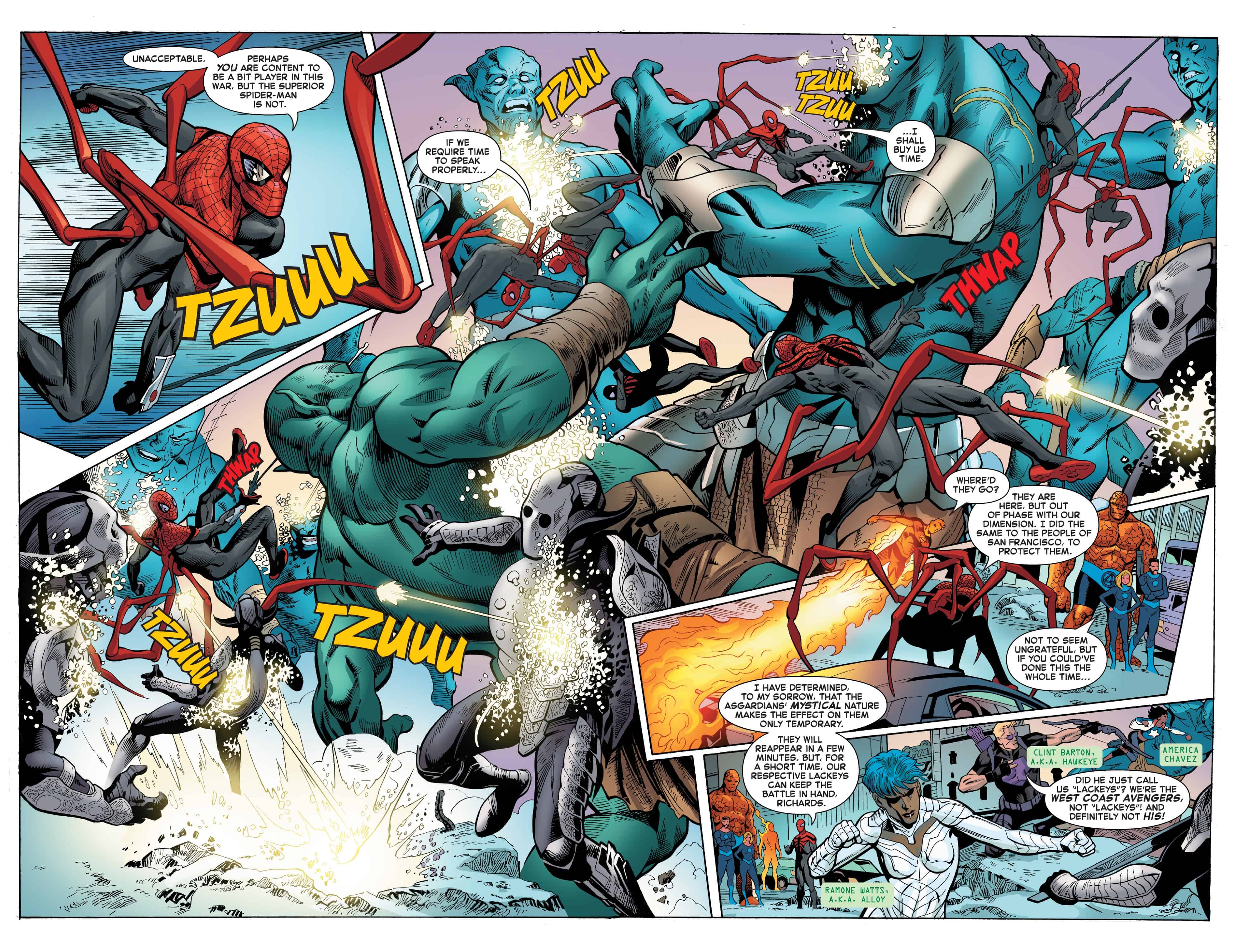 The art continues to be fine but still really feels like it delves a little too hard into classic spidey poses for some reason. I also, in total agreement with my Comic Watch colleague JA Fludd, want one book where Ben Grimm is drawn well, somewhere. This Thing looks AWFUL, Marvel really needs to do a “how to draw The Thing” workshop for their artists or something.

War of the Realms: Superior Spider-Man #8: The War Within