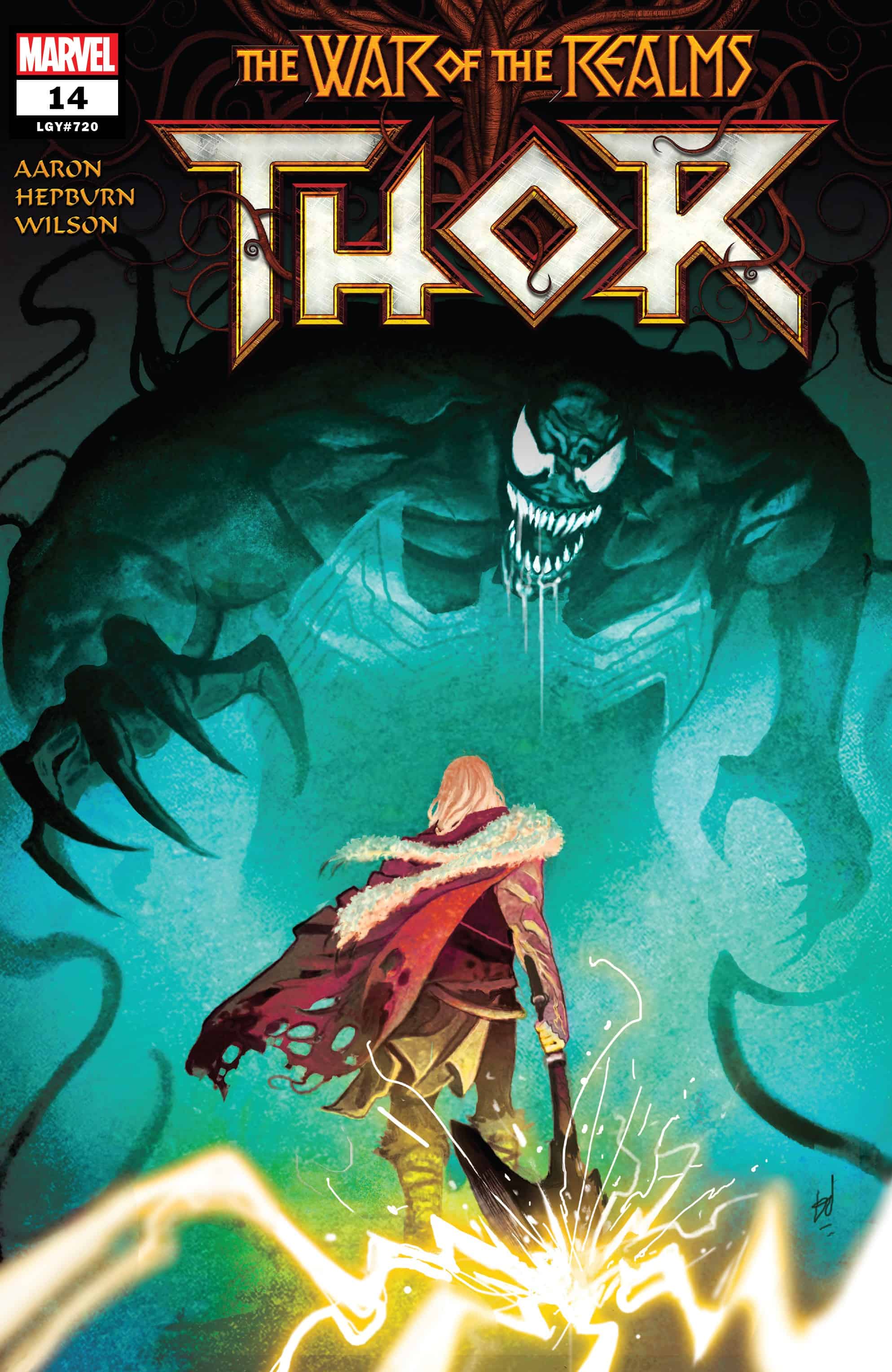 Young Thor gives us an alternate perspective on the goings on in War of the Realms #6. He fights Malekith to save his mother and learns a bit about himself in the process. 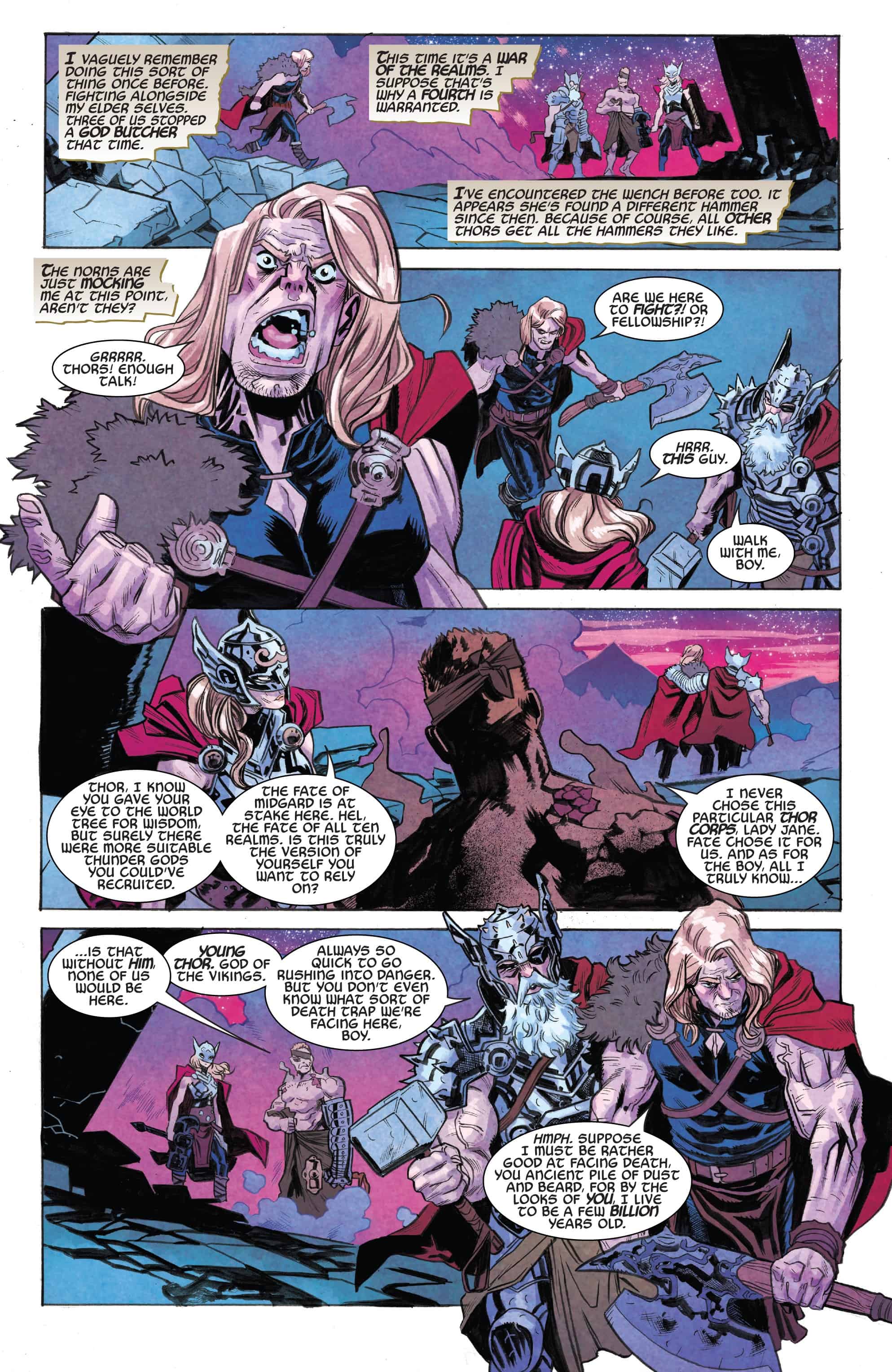 Pretty good issue considering (assuming you read WOTR #6) the plot is known to us from the start. That said young Thor doesn’t get too much facetime during the battle in the main book and this definitely goes deeper than we saw in the big book. Including the notion of Thor’s eventual worthiness being attained. 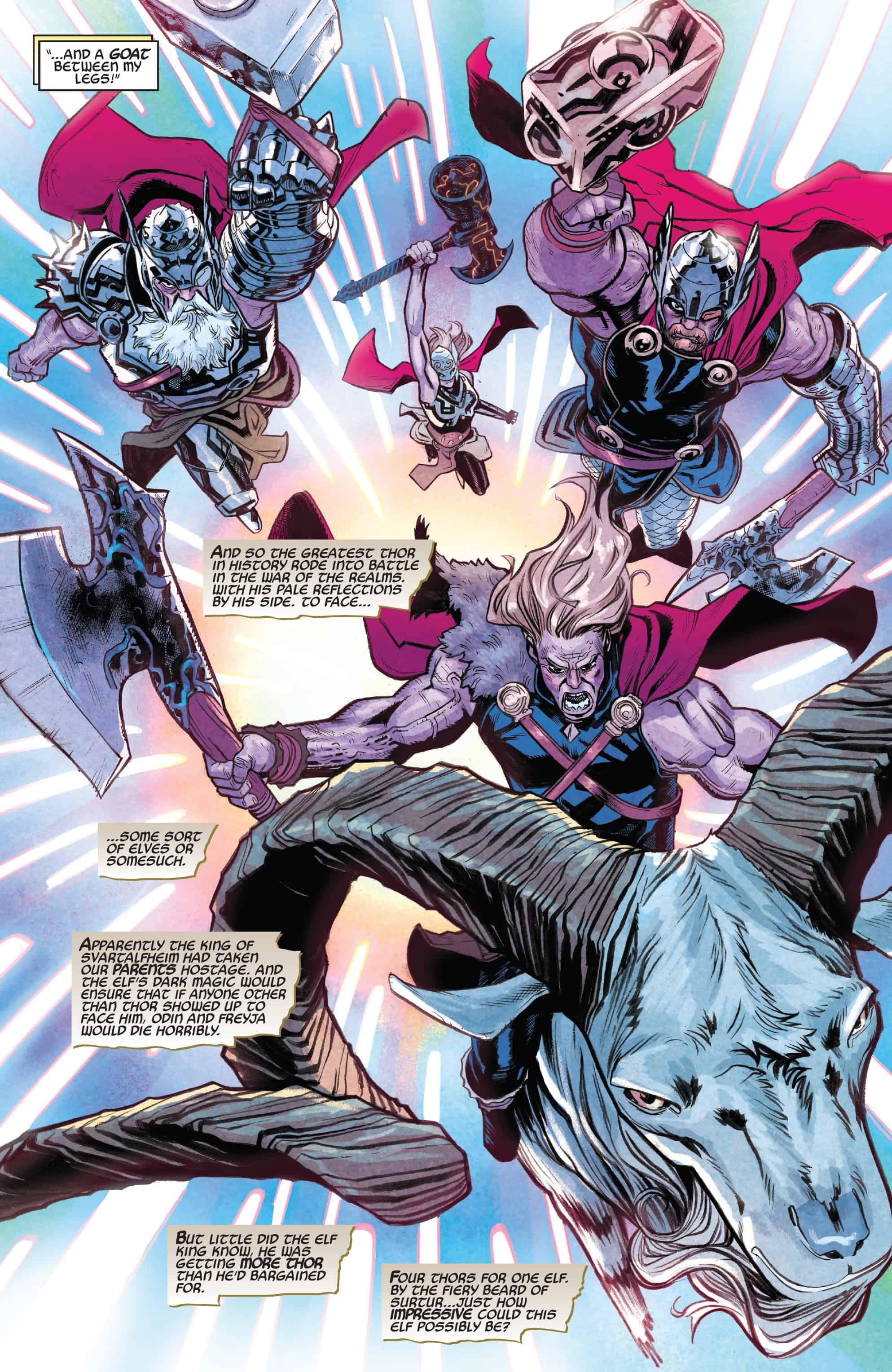 It is interesting that Aaron chose this issue to finally show us young Thor becoming worthy after years of watching him try and lift the hammer. Mid event seems like an odd choice but it does further the thinking that Aaron’s epic Thor run, the possibly the longest continuous run to date, statistics are annoyingly hard to find regarding how many total issues of Thor each major creator has written but Aaron is definitely past Simonson, Jurgens and possibly even Lee, is almost at it’s end. It is of course possible it was planned that young Thor would gain his worth the same issue (or battle anyway) as the Unworthy Odinson regained his.

The art by guest artist Scott Hepburn is exceptionally stylized and not really in a way I enjoy, not unlike current regular series artist Mike Del Mundo, both artists are great at points but always have a few panels per book that upset me. Is it too much to ask that we get an artist on this book where even the more favorable critiques of them don’t begin “the art is decent, except for _____” Thor is one of my favorite characters, and the art has been at a low point for a year now. It’s like a 3-legged dog trying to swim in that after a while it just makes me sad. 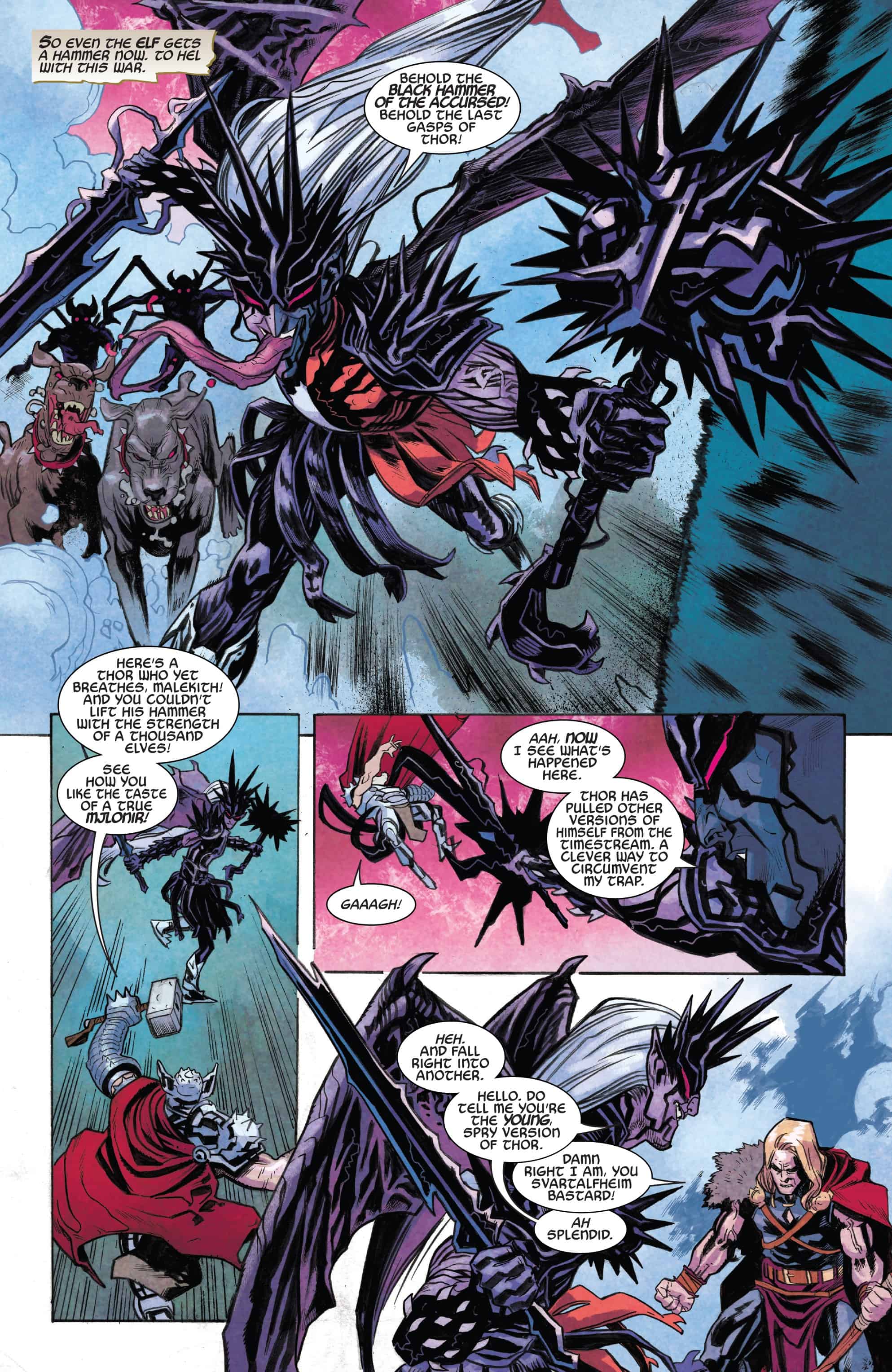 An important facet of Aaron's ongoing triple narrative in the long life of Thor.