We Only Find Them When They’re Dead #6: Believers and Non-Believers

WE ONLY FIND THEM WHEN THEY'RE DEAD #6 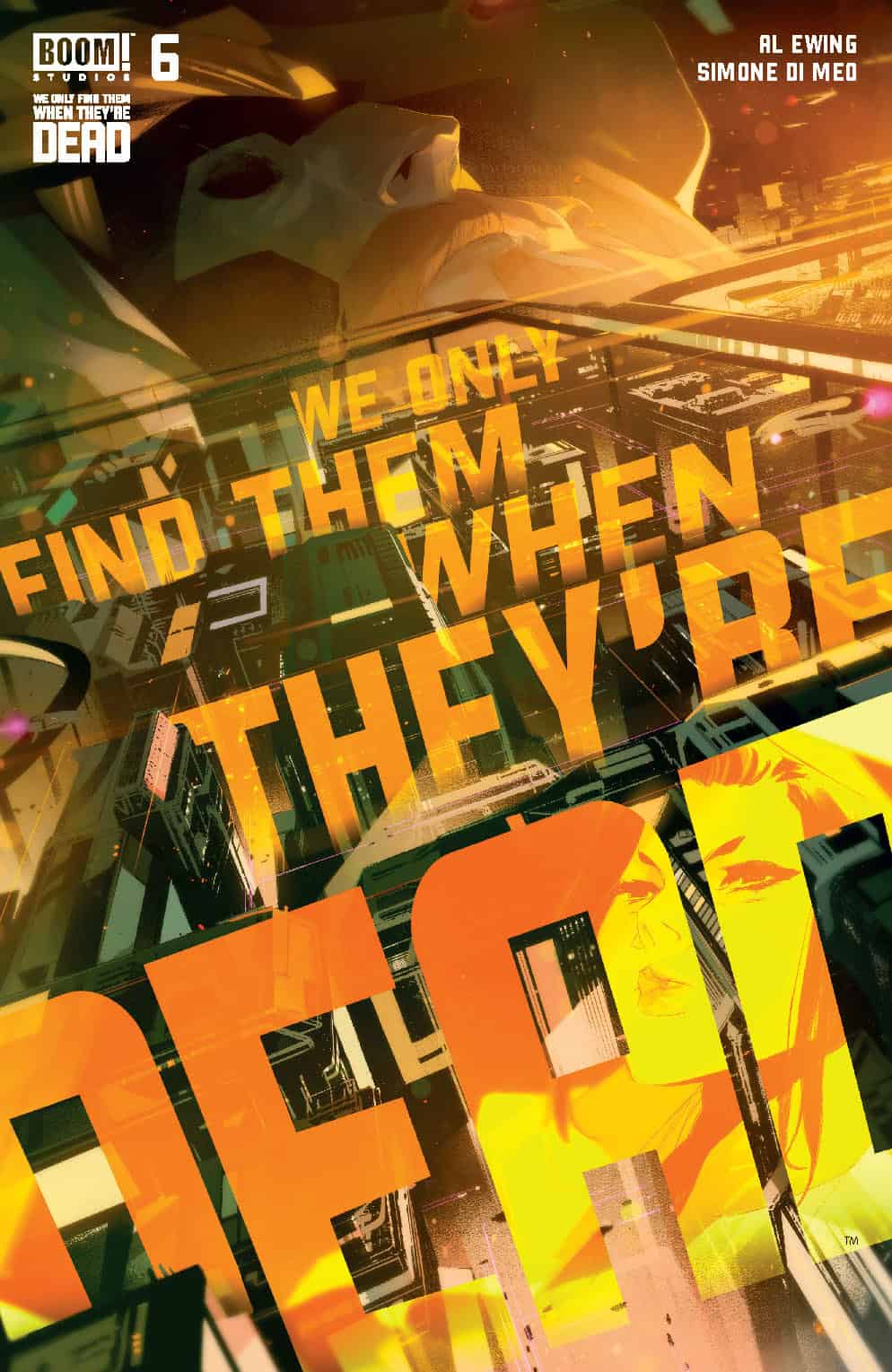 Fifty years have passed since Captain Malik and the crew of the Vihaan II embarked on their fateful mission-and the universe has changed in ways no one ever expected.
Jason Hauer, one of the fated Vihaan II crew, is now seventy-one years old and living a life on the razor's edge between the Harvesters and the Worshippers. But as these rival religious factions clash throughout the galaxy, Jason finds himself thrown into the center of the chaos and forced to confront his tortured past.
But the only people who can help Jason have their own secret agenda - one that may bring him face to face with Captain Malik in ways beyond comprehension...

Don’t expect answers to what happened at the end of issue #5 because if that’s what you were waiting for, you’re in for a letdown. The new arc kicks off by showing the consequences of the events of the last issue and end of the first arc for the galaxy on the human side of things while also serving to set up the next installment of this series.

It’s a different galaxy we find ourselves in as Ewing rockets us forward to fifty years after the events of the last arc. Things have changed for humanity because of Malik and his crew’s actions, the universe has seen a living god, however briefly, and that now-dead god wears the face of the believed deceased Georges Malik, and the repercussions have had a profound effect on the humankind. 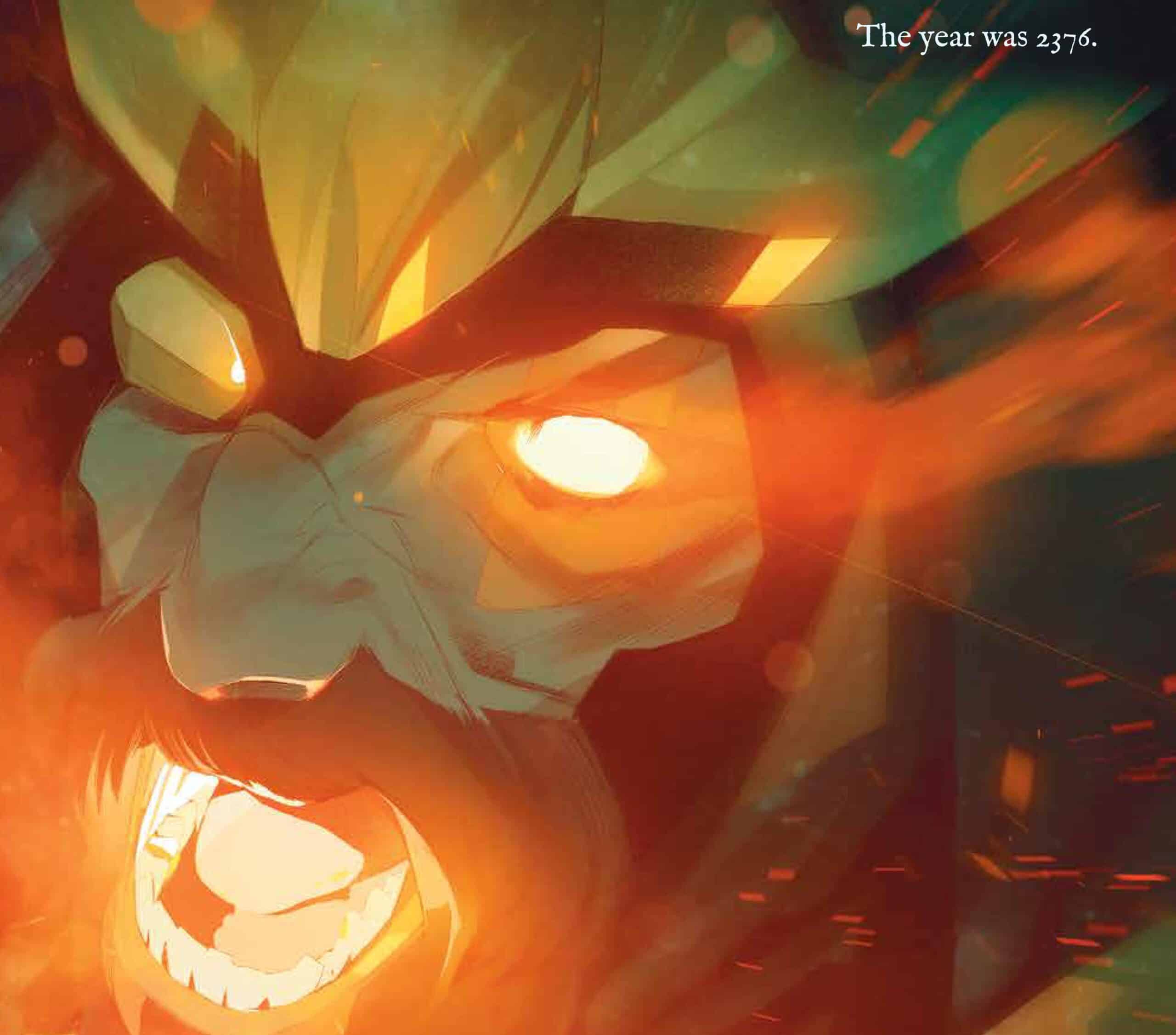 For me, the best sci-fi stories examine the consequences or effects of significant events in a futuristic setting on humanity and how humanity reacts to those events. Ewing does this remarkably well. Malik and his crew’s actions have spawned an entire religion on the fringes of the galaxy where the last god appeared wearing Malik’s face and an entire colony has sprung up around the last dead god. Added to this, The Gods are no longer appearing and humanity has had to adapt to living without the benefits of the products of the mysterious space titans and they have succeeded with some exceptions…

This sets the stage for the storyline of this new arc as Ambassador Marlyn Chen makes her way to the site of the last god. Marlyn is not who she appears to be and the last page is really the hook with the preceding pages introducing us to new characters and setting the stage. The only familiar character is Jason Hauer, Georges’ former lover and one of the survivors of the Vehaan II.

There are many themes here at play that while not deeply explored, are there in the dialogue and actions of the dramatis personae of the issue. The idea of the oppositional Harvesters versus Worshippers, the idea of humanity’s ability to take unexplainable events and cobble a religion out of those events, the nature of man’s greed when it comes to any finite resource, and the need to possess and be in control of that resource. All of these things are there in the pages of this opener for the second arc.

There’s an expansion in worldbuilding happening here as Ewing crafts this landscape. The first arc was intensely focused around Malik and the crew, while this new arc expands past that to deal with the impact of the actions of individuals have had on society at large. The idea of the fringes of the galaxy and the beliefs that spring up there but the exposition comes in the actions and words of the characters being used  while still holding the relationship between humanity and these giant dead space gods at the center of everything. The new characters and roles are clearly defined through their words and actions and I’m particularly fond of Marlyn Chen,a who is really the central character of the issue. 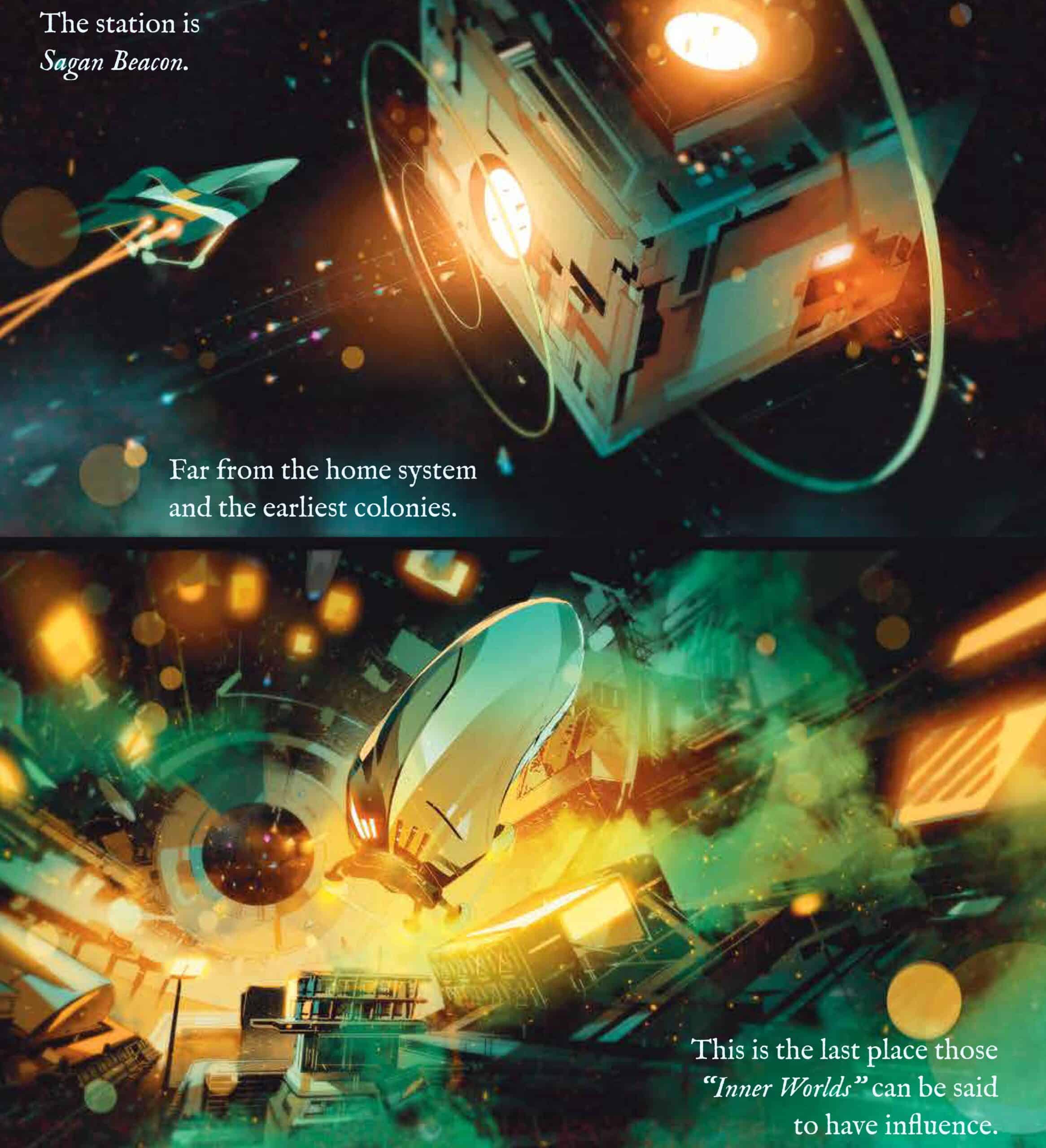 The art continues to be a thing of pure glory. Simone Di Meo’s ability to capture the majesty and scale of space as well as being able to focus your eye on the subject of what he wants you to follow on panel is unparalleled. He moves between very tightly focused paneling to these broad magnificently scaled splashes which enhance the spectacle of everything you looking at whenever it happens. Add the coloring shifts from Miotti  which are predominantly two tone and you have a futuristic feeling comic with an almost Tron-like feel to it. AndWorld Design doesn’t do anything fancy with the lettering and sticks to traditionally white speech bubbles with black text which worked well as it sticks out against the multi-hued darker backgrounds the art provides.

This issue is an exemplary example of Ewing's ability to world-build with an entire universe, expand on the ideas of the first arc using an almost entirely new cast and interpersonal dialogue as the means of exposition and explanation to orient the reader. It's a superb example of science fiction storytelling combined with brilliant art with an absolutely killer hook on the last page.

We Only Find Them When They're Dead #6: Believers and Non-Believers