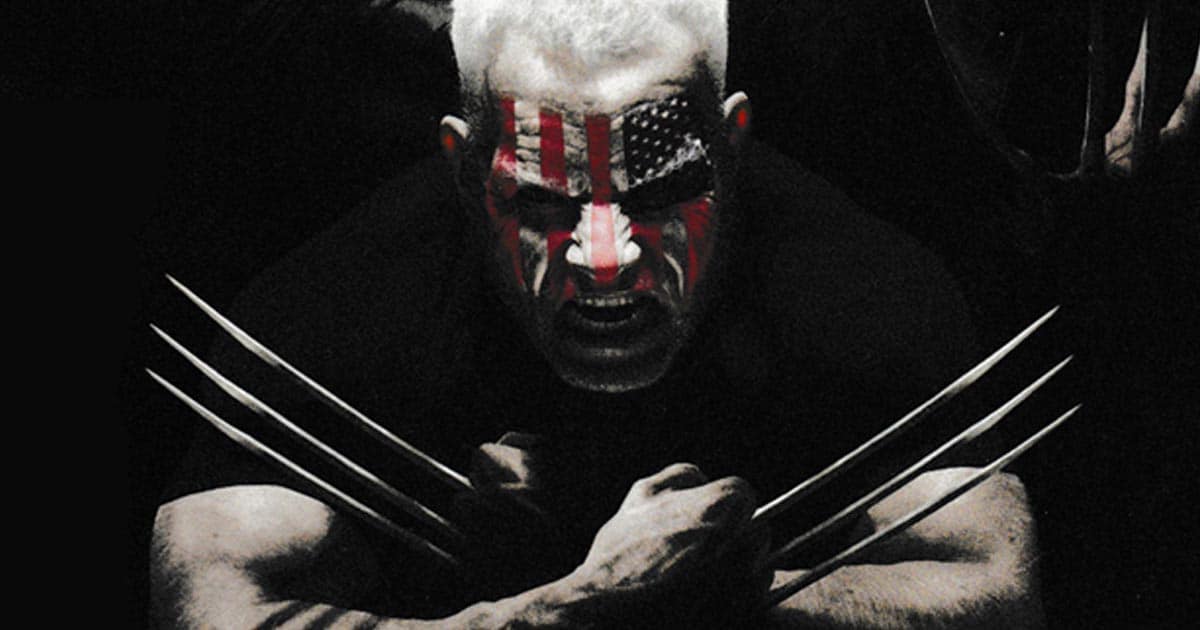 Nuke is back! But he’s not alone.  Can Weapon X handle an entire platoon of soldiers wearing Nuke’s paint and taking Nuke’s “performance enhancing drugs”? 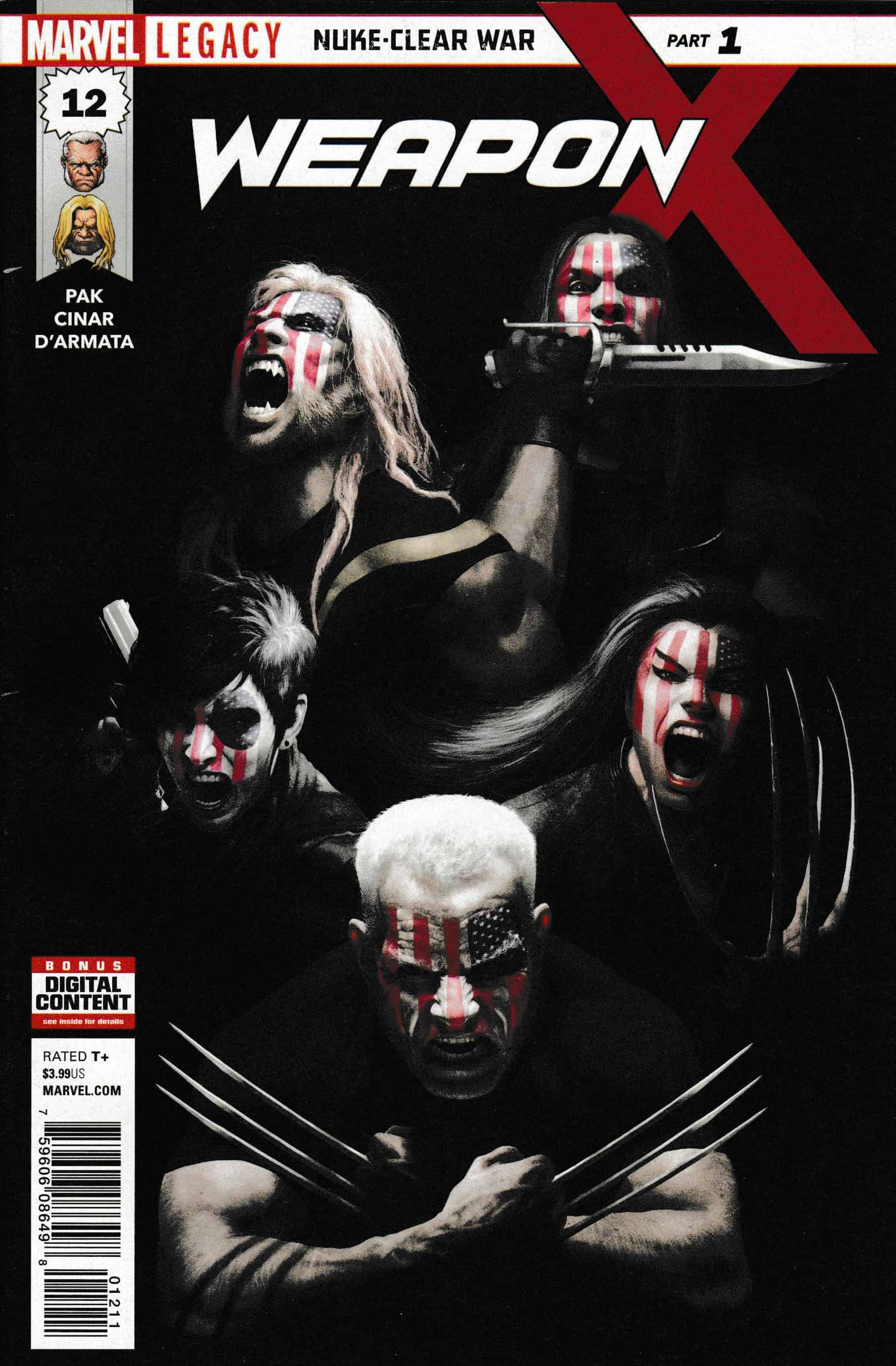 What You Need to Know:
Weapon X was brought together to combat Department H.  But now Weapon H is loose and Weapon X is left without anything to do…

In related news, remember Nuke?  A super soldier who was a bit too violent and crazy?  No?  Neither do I.

What You’ll Find Out:
The Weapon X is hunting….…a deer.  But apparently, most of them are pretty bad at it.  But they need something to do while they heal up after their battle with Weapon H.  Warpath then gets a call from the brother of one of the mutants killed by the cyborgs.  The mutants on the island are being attacked.  Not by cyborgs anymore, but by soldiers…with flags painted on their faces.  So Weapon X is off to Santo Marco where the president is notably anti-mutant and during a press conference, explains his use of American technology to turn his soldiers into more effective mutant hunters.

In a place that amounts to a military barracks, several of the mutants are kept in cages with soldiers, discussing what to do with them.  They decide it’s best just to kill the mutants so they can go home for dinner.  But before they can even open fire, Weapon X shows up, tearing into them.  Turns out, Weapon X isn’t too happy with the mutants being held in cages and tortured.  But the soldiers aren’t sitting ducks.  They take their red pills and suddenly become super soldiers.  The thing is, they also become crazy and don’t care who they shoot during the battle.

So Logan orders Weapon X to leave with the mutants.  Fighting the Nuke soldiers would just endanger the others.  Warpath orders Sabretooth to cover their retreat but Sabretooth isn’t retreating.  He takes the fight back to the Nuke soldiers as the rest of Weapon X bugs out.  But as Sabretooth follows some fleeing soldiers into one of the buildings, he runs into a group of soldiers ready for him who unload their weapons at him.  Now it’s Sabretooth’s turn to run, navigating the halls.  He locks himself in a room with steel doors.  Behind another door, he finds a familiar face. 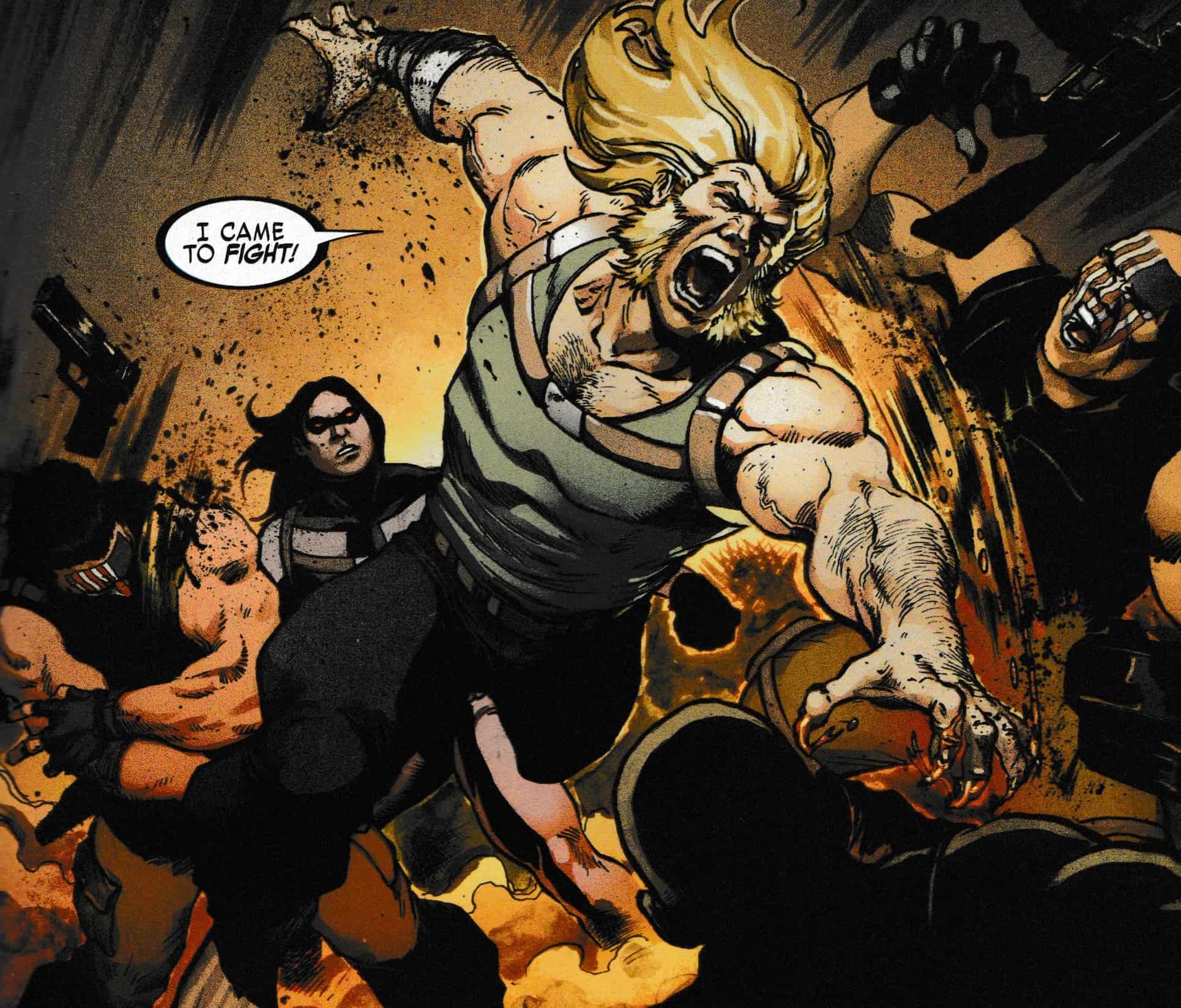 What Just Happened?
I’ve never cared for Nuke.
I say that as a way of explaining that my review may be a bit biased.  But honestly, this was probably the worst issue of Weapon X yet.  I mean….crazy guys with guns?  With flags painted on their faces?  I don’t know…I never really found Weapon X to be in much danger in this issue.  The art was…meh.  And while there was some witty dialogue, it did nothing to distract from the other issues I had with this book.

And it wasn’t that it was completely horrible.  It just felt meaningless to me.  Of all the history of Wolverine or the X-Men, Pak chooses to bring back Nuke?  Maybe he’ll use this as a way of delving deeper into Logan’s development, but couldn’t he instead focus on anyone else in the group? (and on a side note, why is Deathstrike still with them?)  As I read this…and reread it…I can’t help but think that Pak is bored.

The opening scene is funny, though.  We think Weapon X is stalking up on some enemy but it turns out they were just hunting deer.  But the problem?  Logan knows how to hunt deer (one of my favorite scenes was way back in the first appearance of Guardian when Wolverine gets close enough to a deer to touch one).  Still, it was a humorous way to introduce the team in this issue.

Domino’s obsession with robbing a bank is still funny, even if she’s like a broken record about it.  And seeing Sabretooth get his ass handed to him was hilarious too.  Nothing like an I-told-you-so moment. 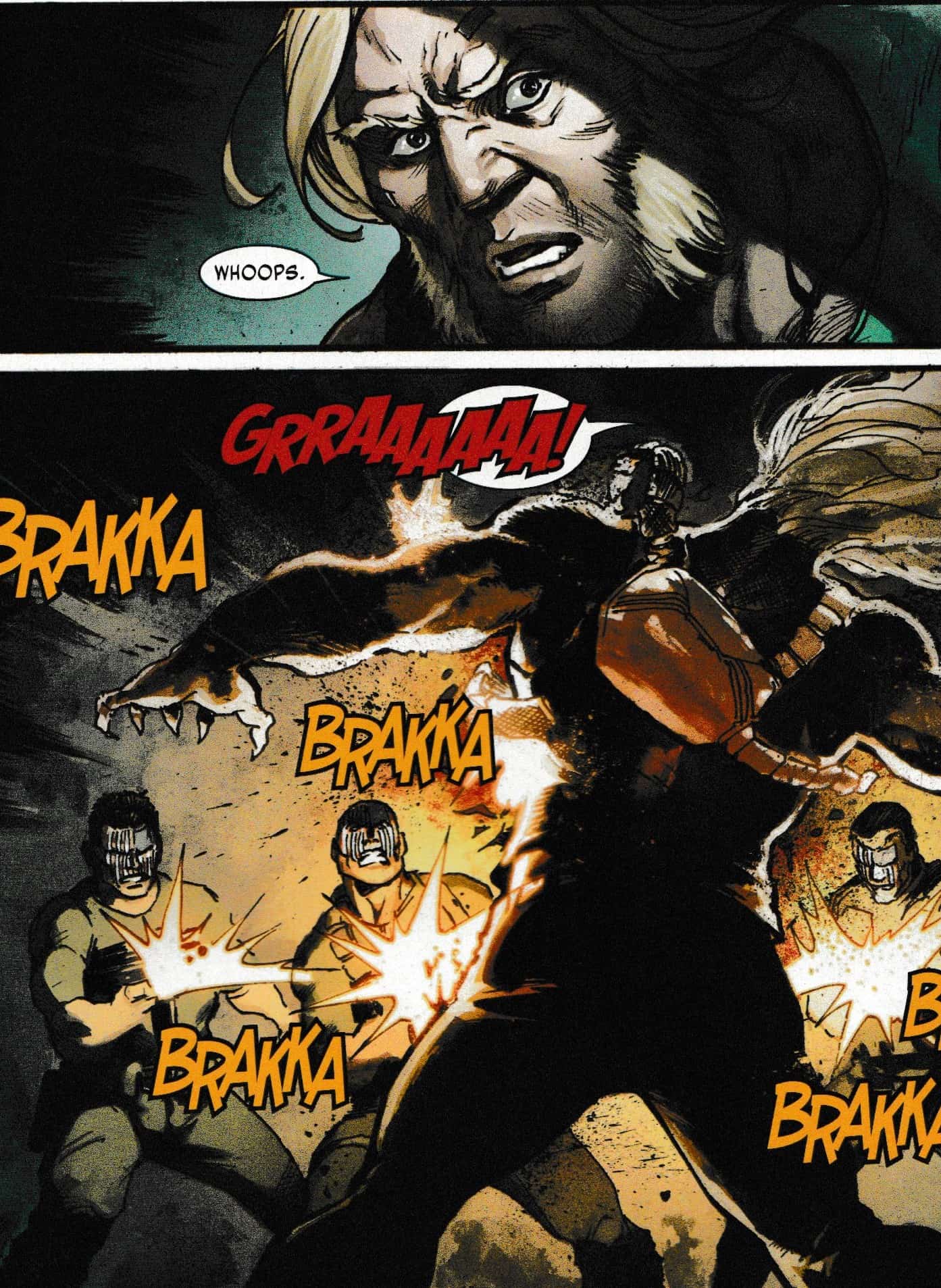 The best part of this book?  The cover.  Not the lenticular cover.  It was great playing homage to the classic Weapon X by BWS, but the regular cover is where it’s at; all of the team, painted beautifully, with flags painted on their faces.  I have yet to get tired of looking at that.

Final Thoughts:  If you haven’t read Weapon X yet, don’t pick this book up.  If you stuck with Weapon X through the entire Weapons of Mutant Destruction storyline then you’re like me and too stubborn to drop it and this book probably won’t tip the balance for you.  But don’t get excited for it.  There’s nothing jaw-dropping about it.