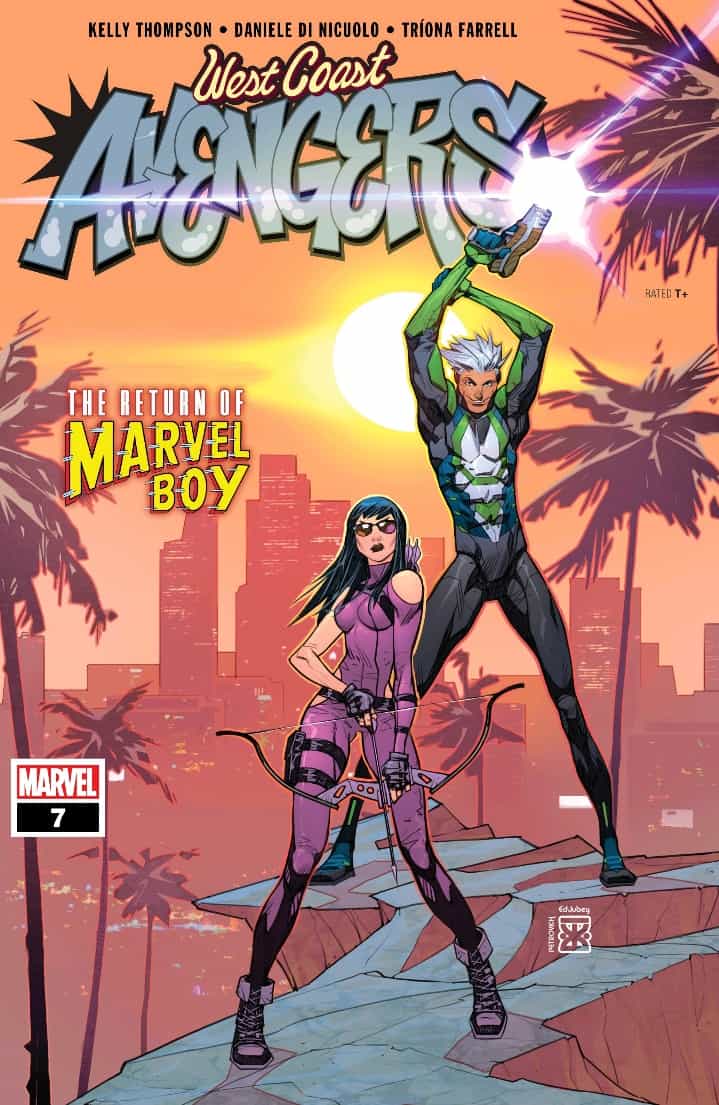 Kate and Noh-Varr take a moment to discuss the plot of the arc before agreeing to go rescue her team, who are doing their best to fend off a hellfire golem. 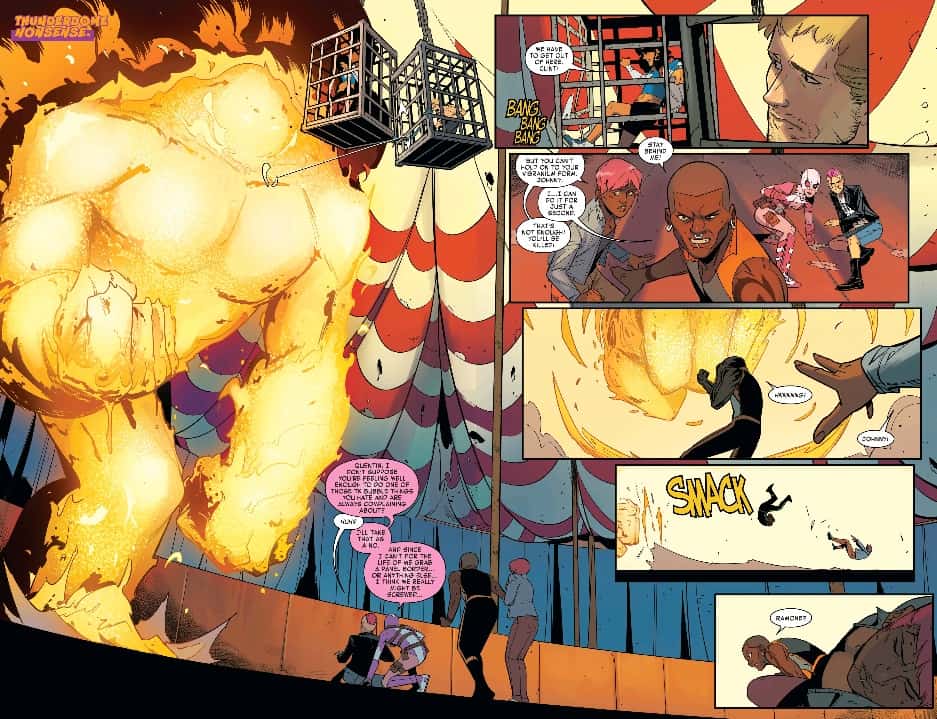 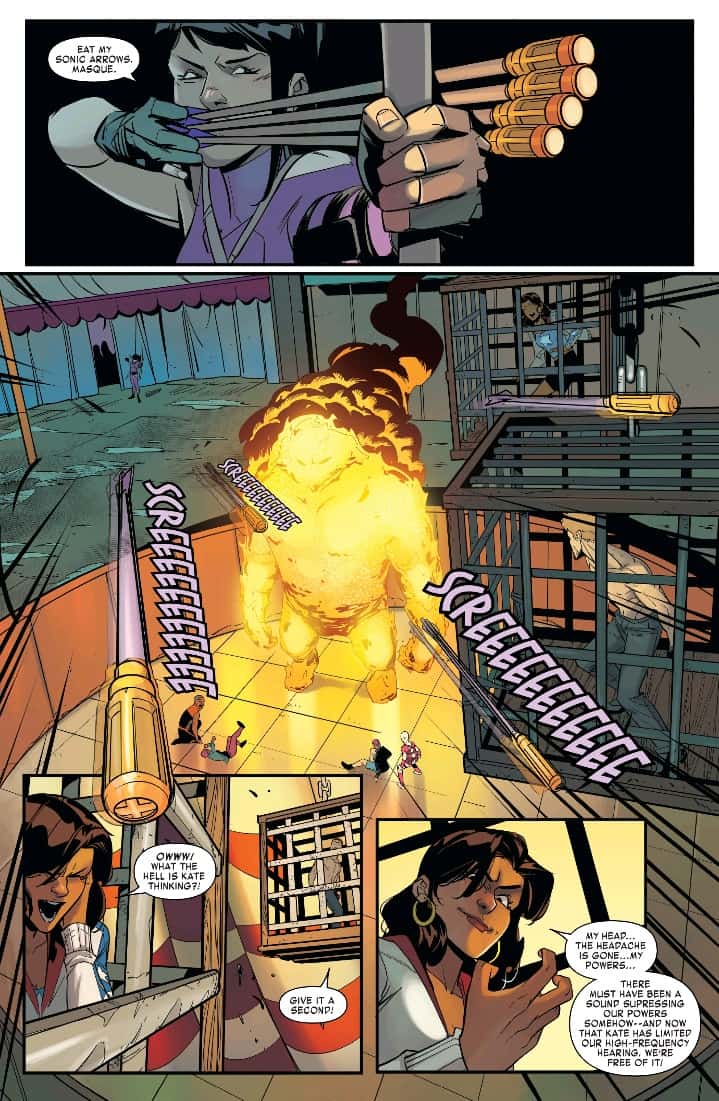 With their powers back the team soon escape from their cages. Meanwhile “Graviton” (due to unforeseen circumstances the part of Graviton will be played by Noh-Varr) rejoins the villains. Madame Masque is suspicious of the late casting change, M.O.D.O.K cosigns.

Clint instructs Johnny and Quentin to guard Ramone while the others go after Madame Masque and her cronies. On their arrival they find Noh-Varr somersaulting around zapping bad guys. The villains soon retreat. 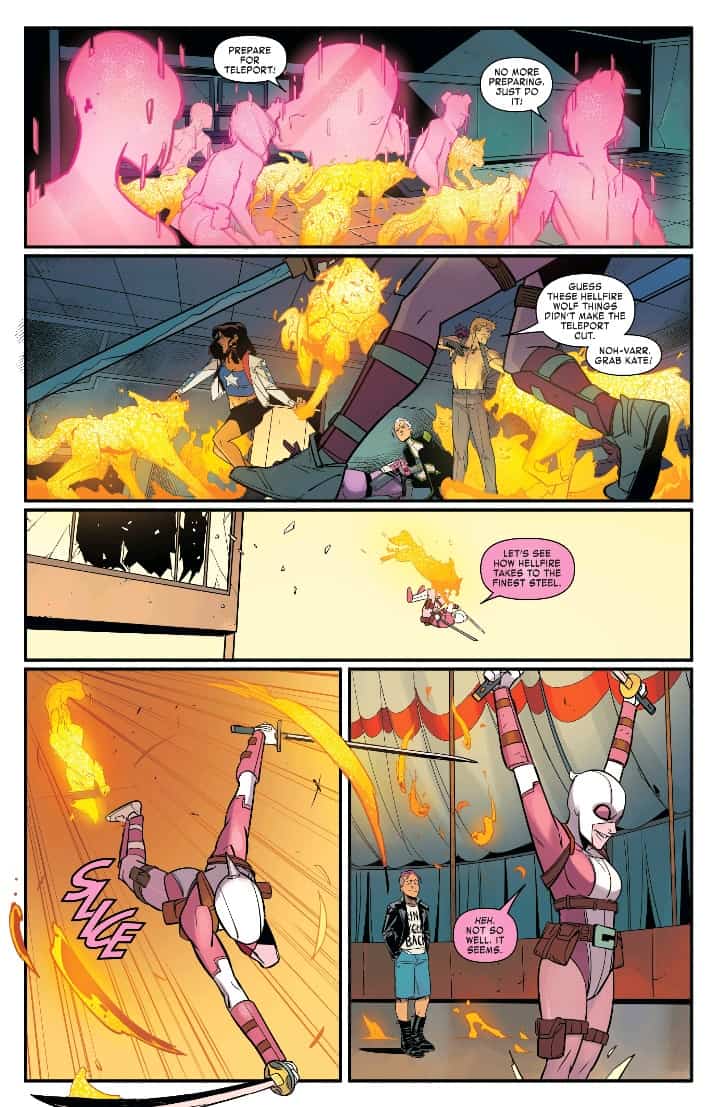 Once the hellfire wolf things are dispatched the Avengers reassemble. 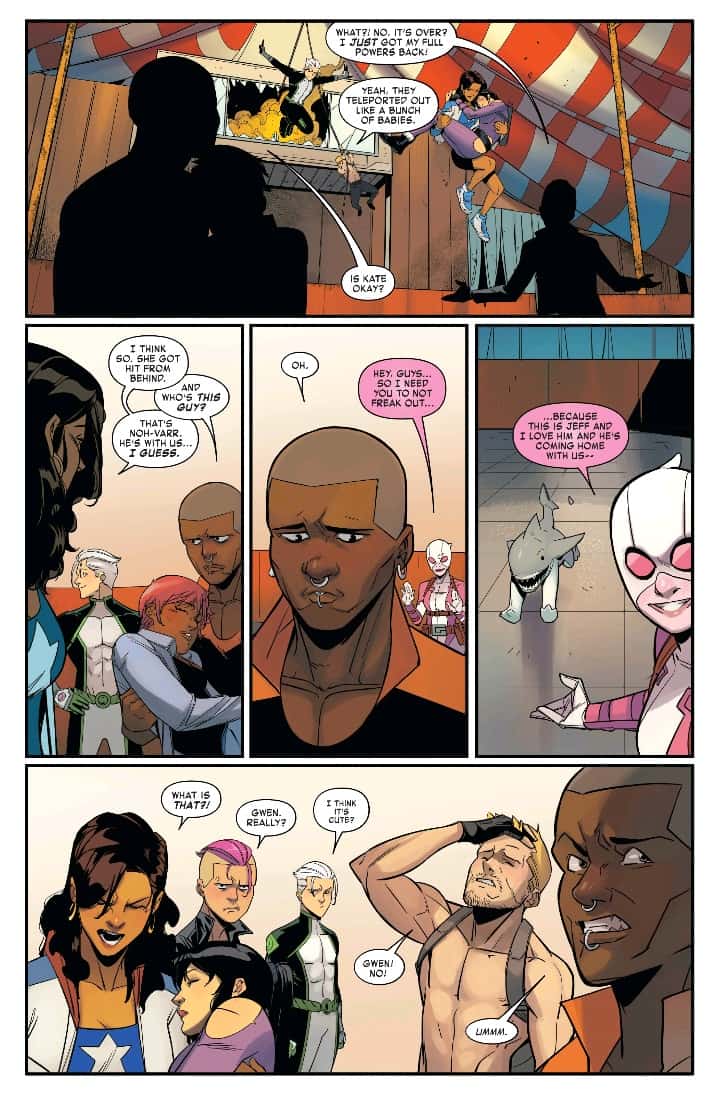 Back at headquarters Noh-Varr reveals that there is another imminent threat, but it’s after five and nobody can be bothered. America and Ramone go outside and make out alright, if you know what I mean.

Both the West Coast Avengers and the fledgling West Coast Masters of Evil debrief. The villains are even more dysfunctional than their counterparts but it is revealed that they have an ace up their sleeve… Kate’s father! TO BE CONTINUED!

This is not a particularly funny issue, but there’s a fair bit going on plot-wise. Kelly Thompson appears to be reveling in making Kate’s life complicated. 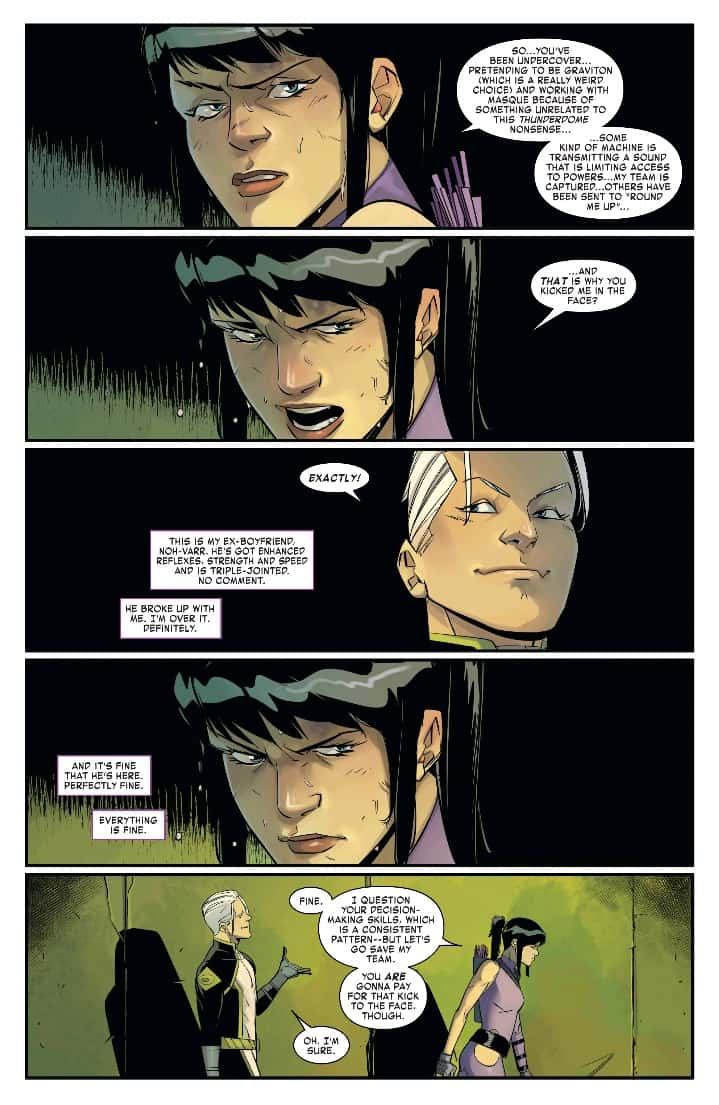 Joe Caramagna’s lettering, breaking up Kate’s already stilted opening monologue, really helps to underline the fact that she’s absolutely FINE with the reappearance of her ex. 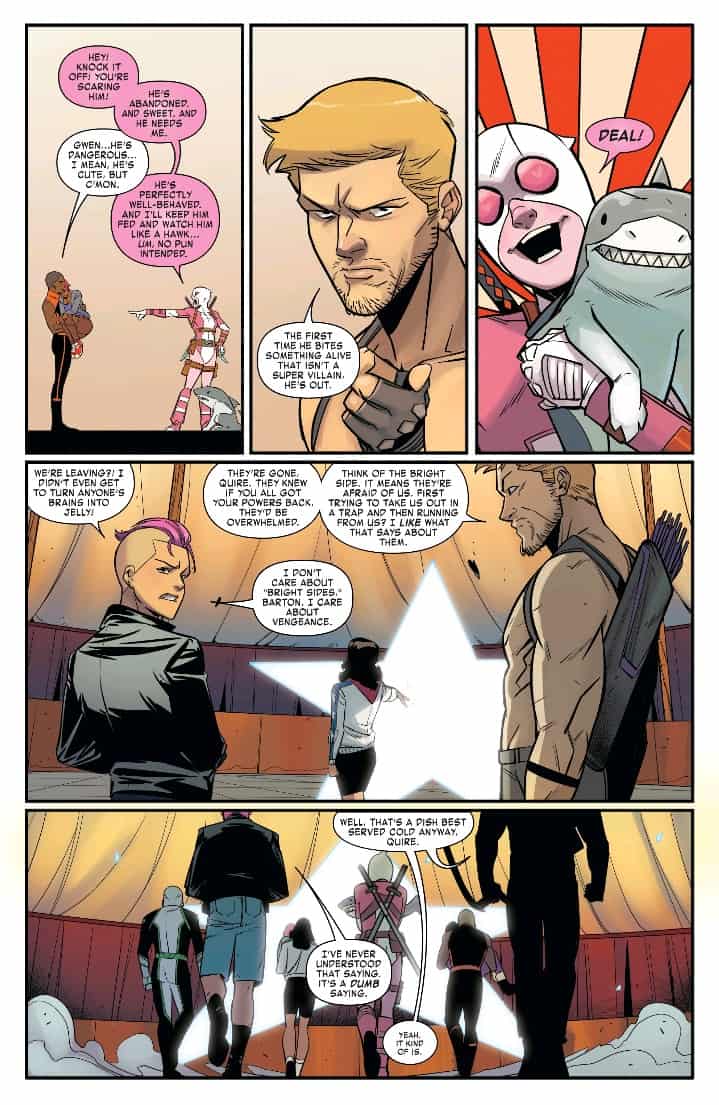 It’s a strong issue for Gwenpool, she gets to dice a hellfire wolf, nail the landing AND adopt a miniature giant space land shark (which was just adorable by the way.) Speaking of adorable America and Ramone are sweeter than a sweet thing (as my Dad would say, he loves a meta-metaphor.)

The art is spectacular with plenty of action splash panels full of hellfire. The perspective of the panels is used well to add to the sense of scale (not to mention peril) in the golem scene, it’s either low looking up or high looking down.

Unfortunately I’m not so keen on the cover. At first glance its attractive, I like the background but Hawkeye and Marvel Boy look a bit like they’ve been pasted onto it. I don’t like the teenage Kitty Pryde inward knee bend that Kate is doing either. Archers don’t stand like awkward pixie dream girls.

A gorgeous issue with some really sweet moments. Kate Bishop is living in interesting times and there’s no sign of them abating.