What If…? Miles Morales #2: Wolverine Time! 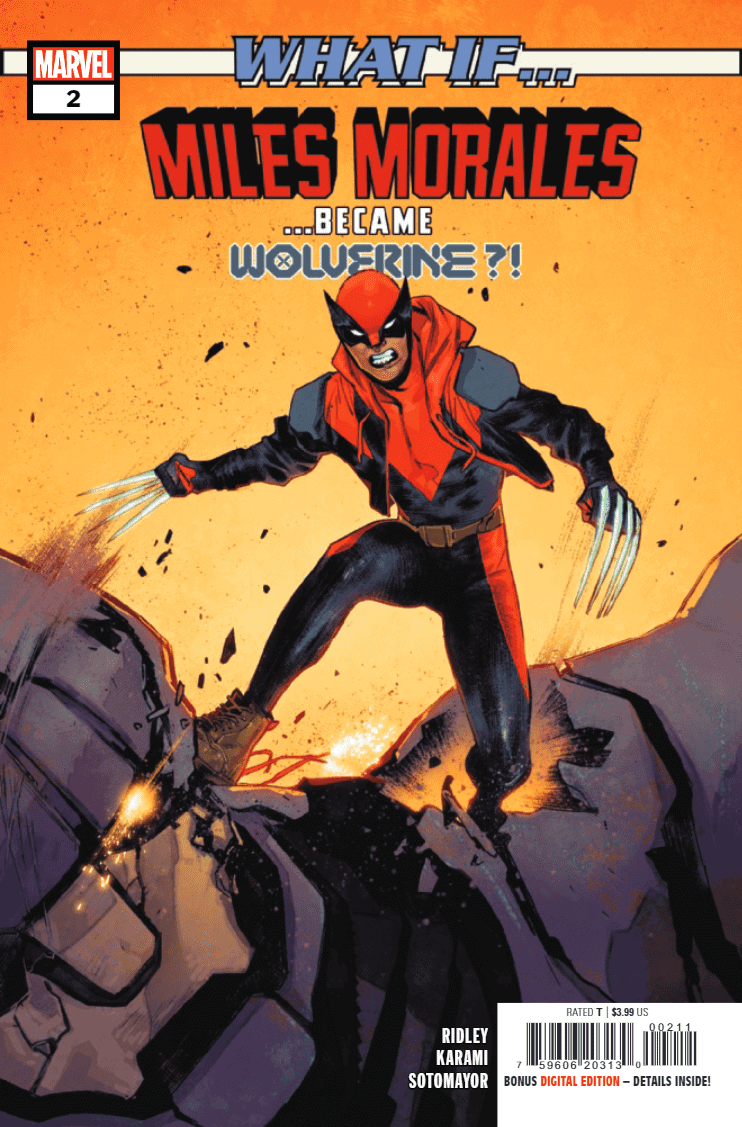 MILES IS THE BEST THERE IS AT WHAT HE DOES…

And in this reality, what he does isn’t very nice. What if…Miles was taken from everything he ever knew – his family, his home, his life – and transformed into the most dangerous, immortal weapon of war the world has ever seen? Miles has been made into the Wolverine…but that doesn’t mean he has to be what they made him…

What If … Miles Morales has given creators a platform to reimagine some of Marvel’s most enduring signature characters as one of their (relatively) newer ones, Miles Morales. In issue #2, this formula is applied to Wolverine, whose origin is altered to fit a young Miles.

The comic opens in 1980s Atlanta amid a rash of child abductions. It is in this climate that Miles discovers his mutant powers, giving him the familiar healing factor and fitting him with four claws. When it is revealed that the abductions are the work of the sort of shadowy forces that have frequented Wolverine comics since the first Weapon X story, Miles is compelled to act.

His search for vengeance pits him against an adamantium-clad foe reminiscent of the main continuity Silver Samurai. Assorted amalgamations of Miles and Logan’s respective supporting casts enter the fray as this Wolverine enters a bloody brawl with his reimagined rivals. Revelations about the identity of the said antagonists ensue as Miles’s history is cast into doubt.

This comic book struggles to add weight to its consequences, as writer and relative industry newcomer John Ridley attempts to concurrently provide the Miles version of Wolverine with an origin story and a meaningful plot. Some of the recasting of Miles’s friends and family, especially Ganke and Aaron, is quite absurd. Ridley’s yarn is by no means unreadable, it just suffers from a confusing series direction.

None of this distracts from the visuals, which are excellently rendered by Farid Karami. The faces are hit-and-miss but are balanced out by terrific figures and action sequences. Karami is new at Marvel but would surely be at home on the X-Men line should the opportunity present itself.

Nothing about this comic book is inherently poorly assembled.  Ridley does well with introducing a new version of a familiar character in the space given, and the visuals are strong.  “What if Miles Morales became Wolverine?,” however, is not enough of a frequently asked question to warrant a book.  Marvel continues to struggle in justifying shoehorning a version of Spider-Man, its signature character, into other heroes’ suits.

What If…? Miles Morales #2: Wolverine Time!