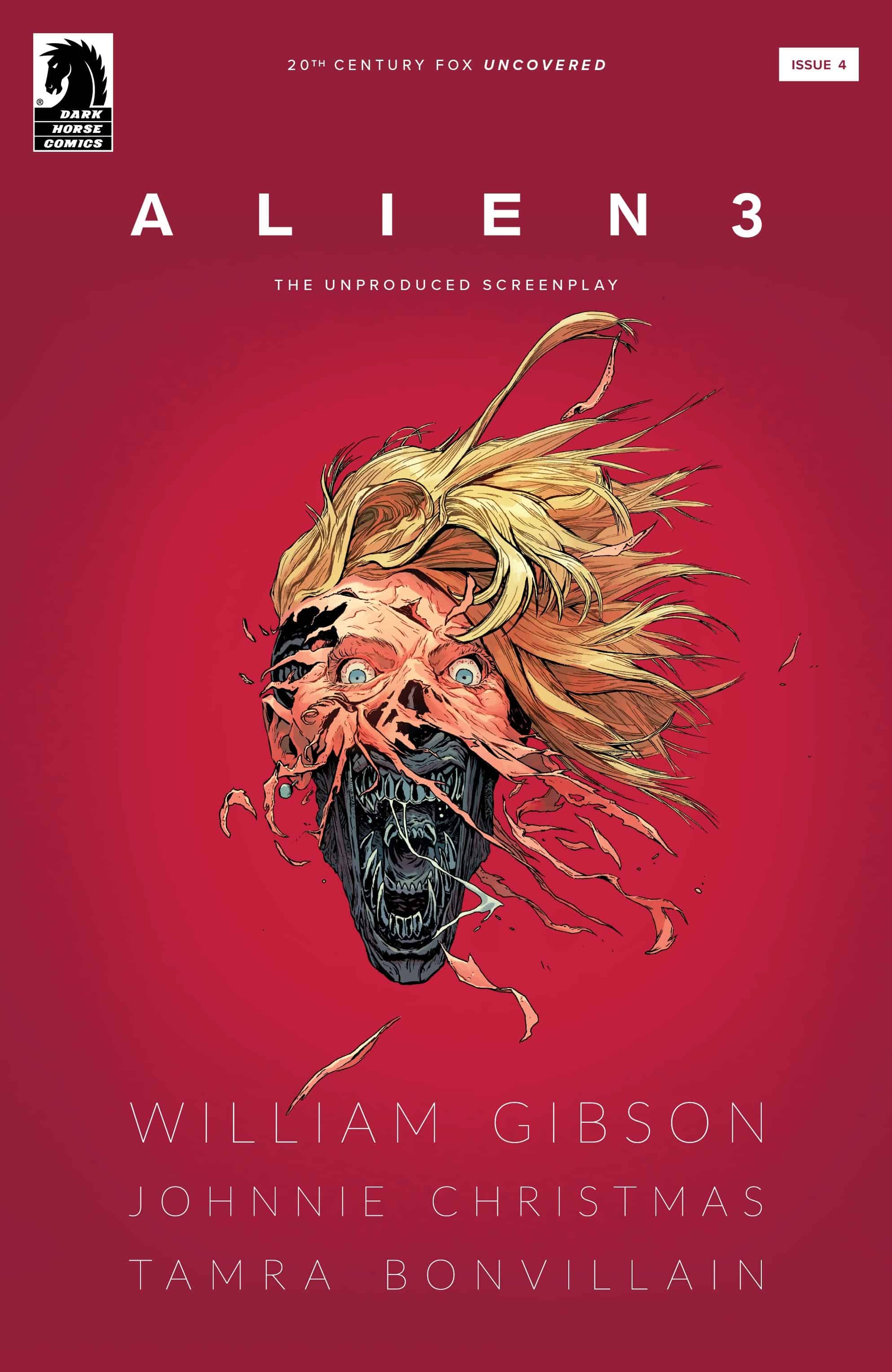 Both the Rodina and Sulaco find themselves in a state of complete anarchy as the scientifically controlled environments are transformed by their own test subjects. After taking Ripley out of harms way Hicks, Spence and the surviving crew attempt to take matters into their own hands by destroying the Xenomorph embryos, but find that they may already be too late. As Fox tries to hinder any hope of escape or rescue from the charnel house, Walker dons the only weapon on board and the crew attempt to abandon station and destroy it. But when Halliday comes face to face with a xeno it’s clear that time is running out. Someone really should have warned her about going back for the fluffies. 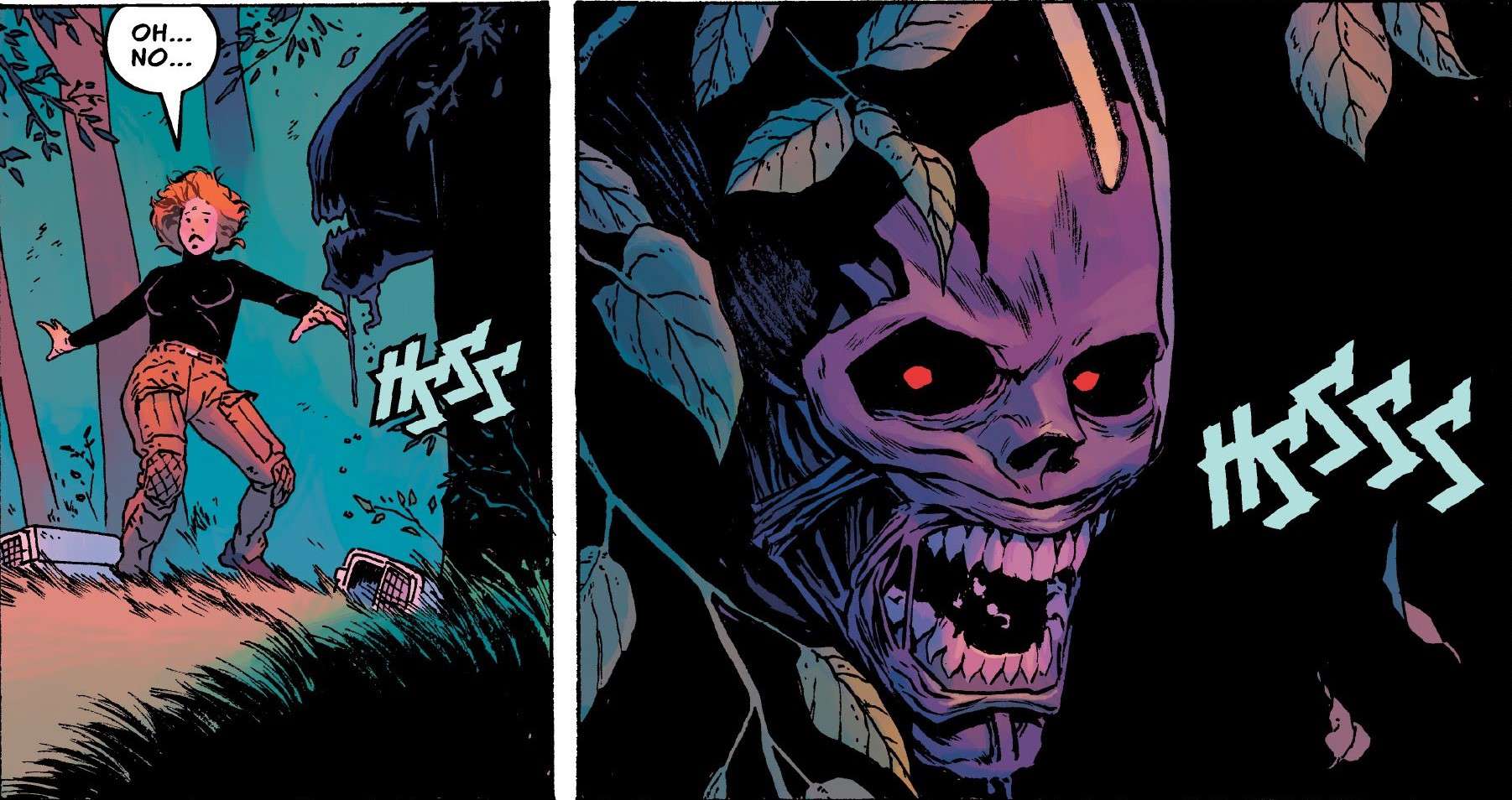 Absolutely love the spectacularly graphic cover and also the equally stunning variant cover by Tradd Moore. However the internal art has an occasional tenancy to come off a little rushed and sketchy here, not throughout, but at times. I don’t know if it a consequence of the art needing to match the action, or if Johnnie was simply under pressure to complete. The twin role of writer AND artist is surely a heavy burden to carry, but so far he has shown himself to be more than up to the task. The characterisation is just not as prevalent as before. But thankfully the action scenes are full of energy and descriptive enough. And Tamra Bonvillain also suits the fast paced trade up in mood, giving those in the lab a blood drenched, rude awakening. Especially when everyone witnesses the glory that is the perfect killing machine as the xeno is birthed from Welles and it dawns on Rosetti that he is in dire peril. 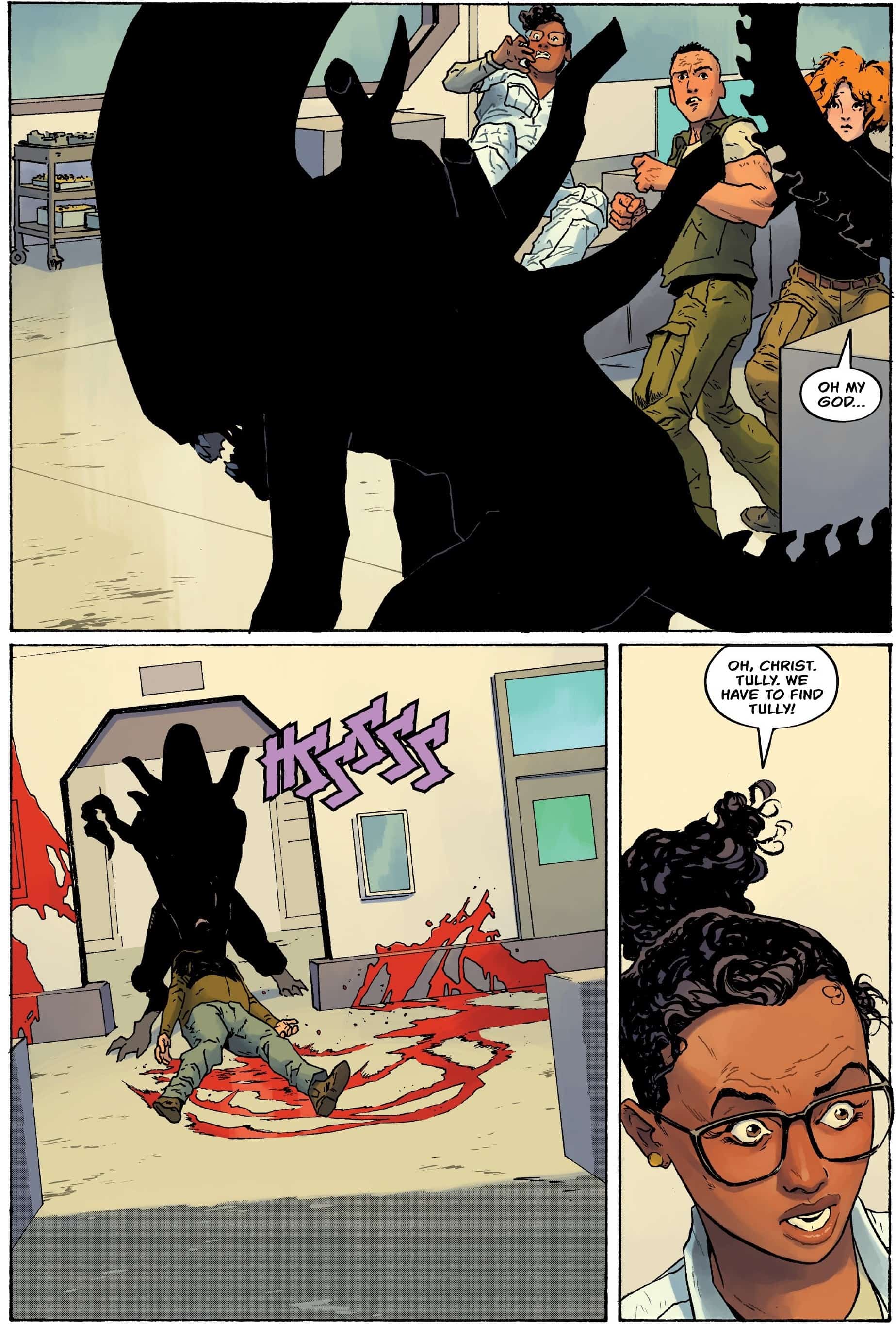 And so it is clear the focus has shifted quite dramatically and not for the worst. Though the art has suffered a little the story has picked up the slack considerably as the pace is hotting up. And so much more is going on here. Had this been the finished movie, now would NOT be the time for a comfort break or popcorn refill, especially as Fox makes his move. 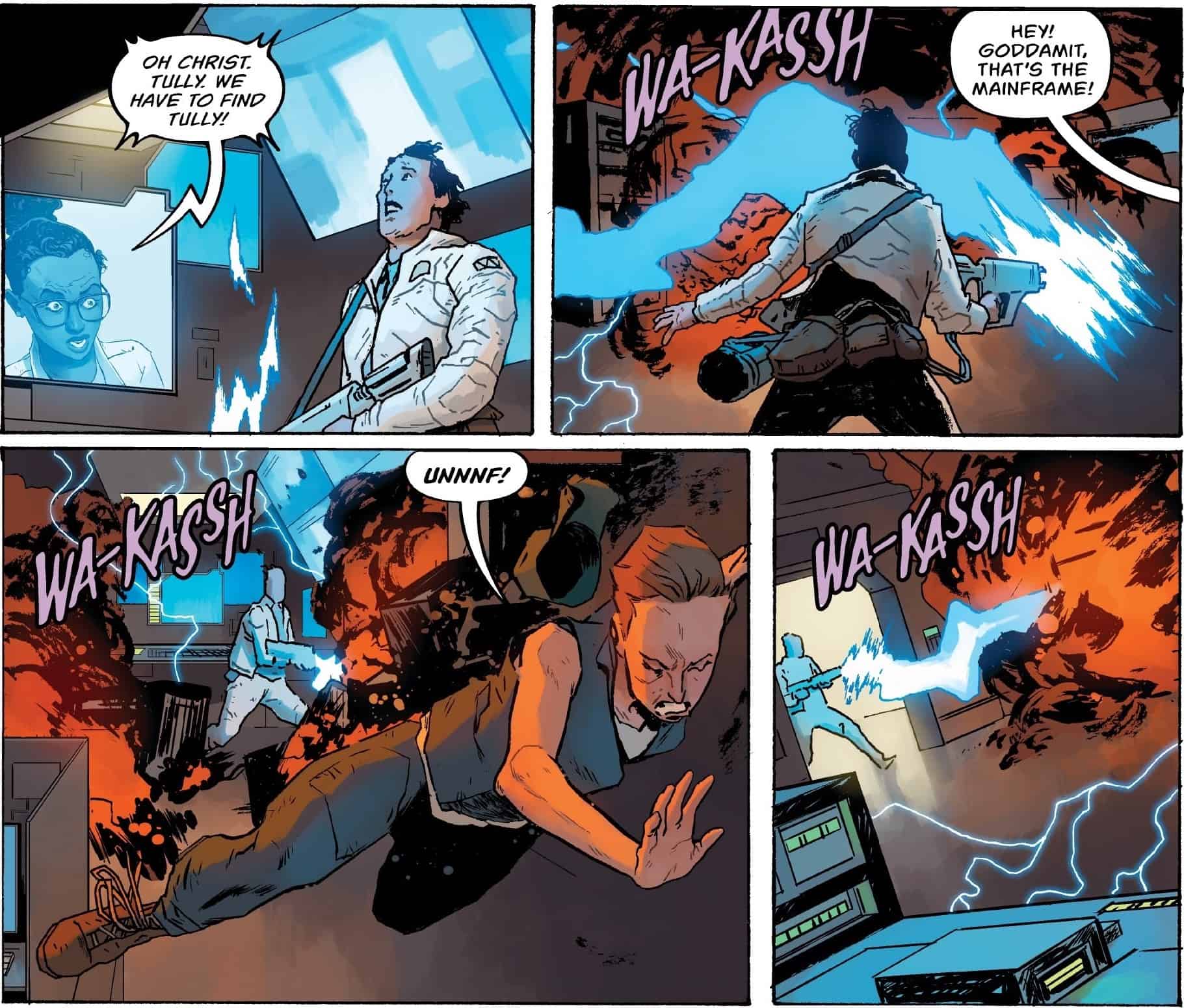 Yet again Bishop steps up to the plate. Is there anything this synthetic human won’t do? From crawling though ductwork to set up remote access to a dropship, to taking the hit for destroying the embryos. It’s all good as far as Bishop is concerned. Though I almost expected the annoying little paperclip icon to pop up on the screen here. 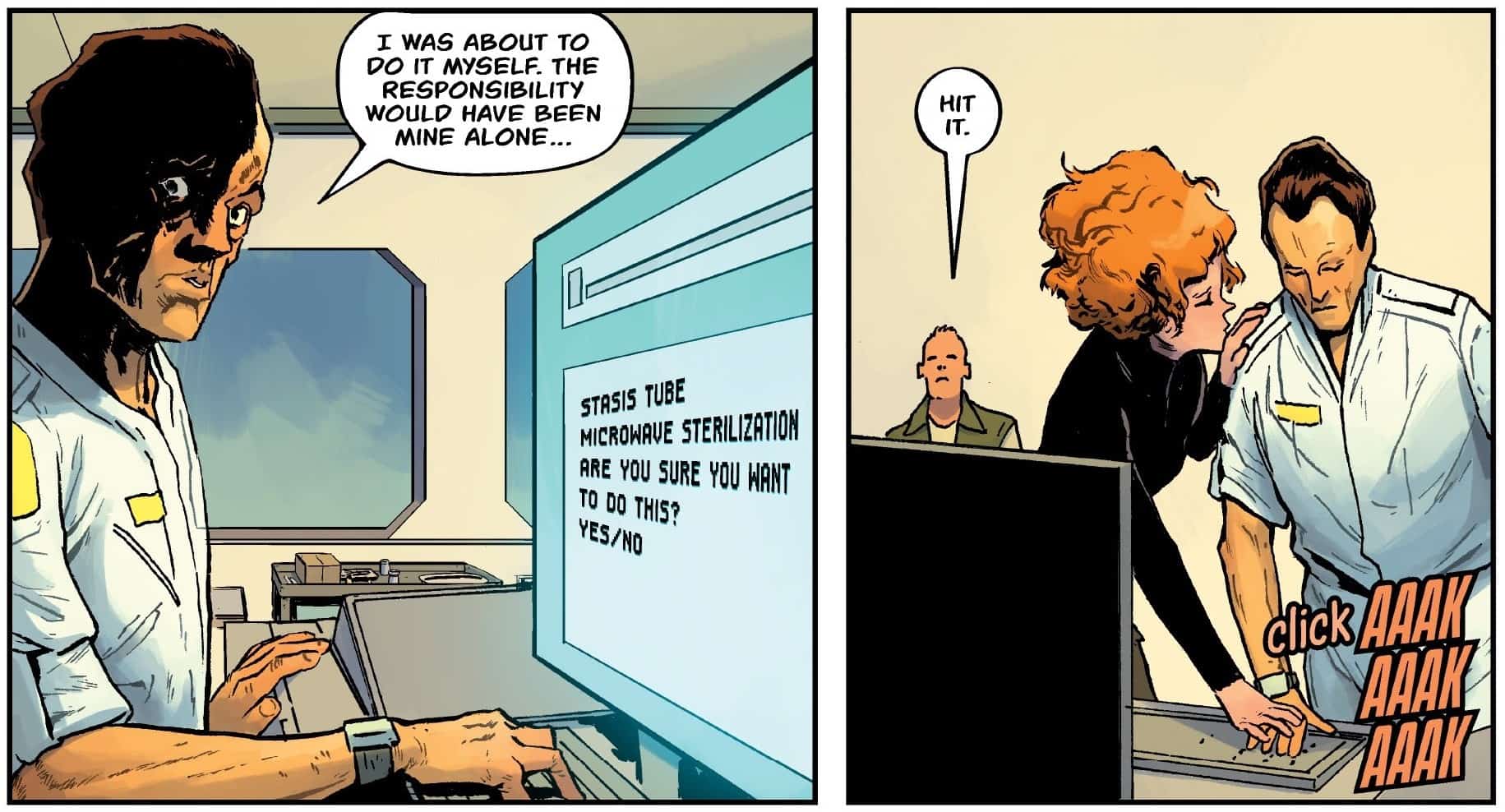 So now both Newt and Ripley are safely off the station. Which clearly and definitively answers the question as to whether or not Ripley will don a pulse rifle and take up her usual place within the drama. Although personally I liked this new angle, with Hicks taking control and being the man of action, the figurehead has always and forever been Lieutenant Ellen Ripley. I think this decision to shift the focus may have signed the death warrant for Gibson’s script and been the cause of the decision to sign up with Fincher instead. 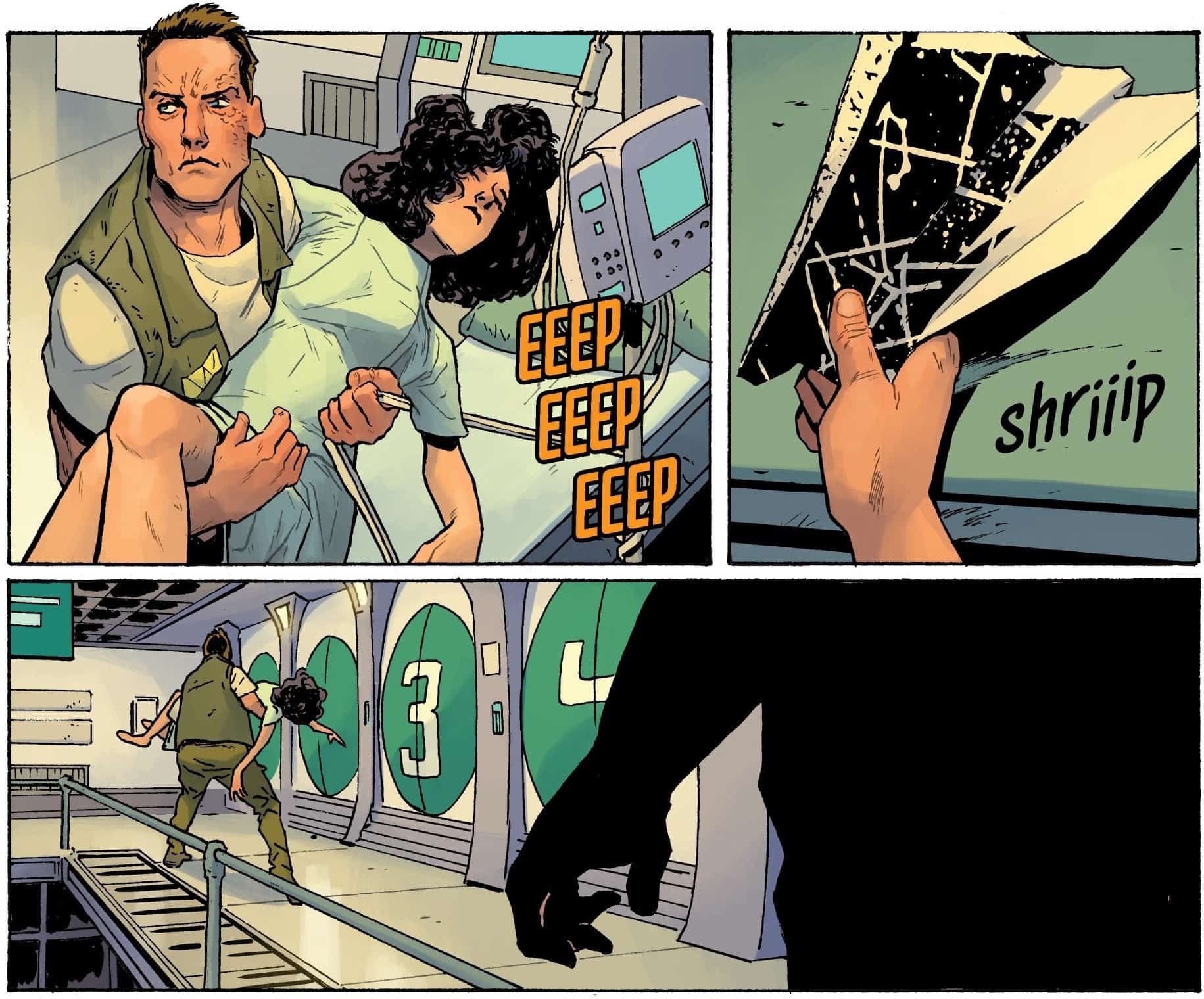 And another dramatic change was the transformations of the infected Welles and Tully. All of which would surely have caused some controversy back in 1992. But given the things we have since seen in Alien: Resurrection, Prometheus and Alien: Covenant, this transformation would not be such an eye opener. Speaking of ‘things’ we have seen, the visuals depicting Welles lab transformation and also poor Tully stumbling to locker AG 28 both had a distinct vibe of John Carpenter’s The Thing to me. And here I even had to wonder if that was deliberate. Was Gibson trying to link the two universes? 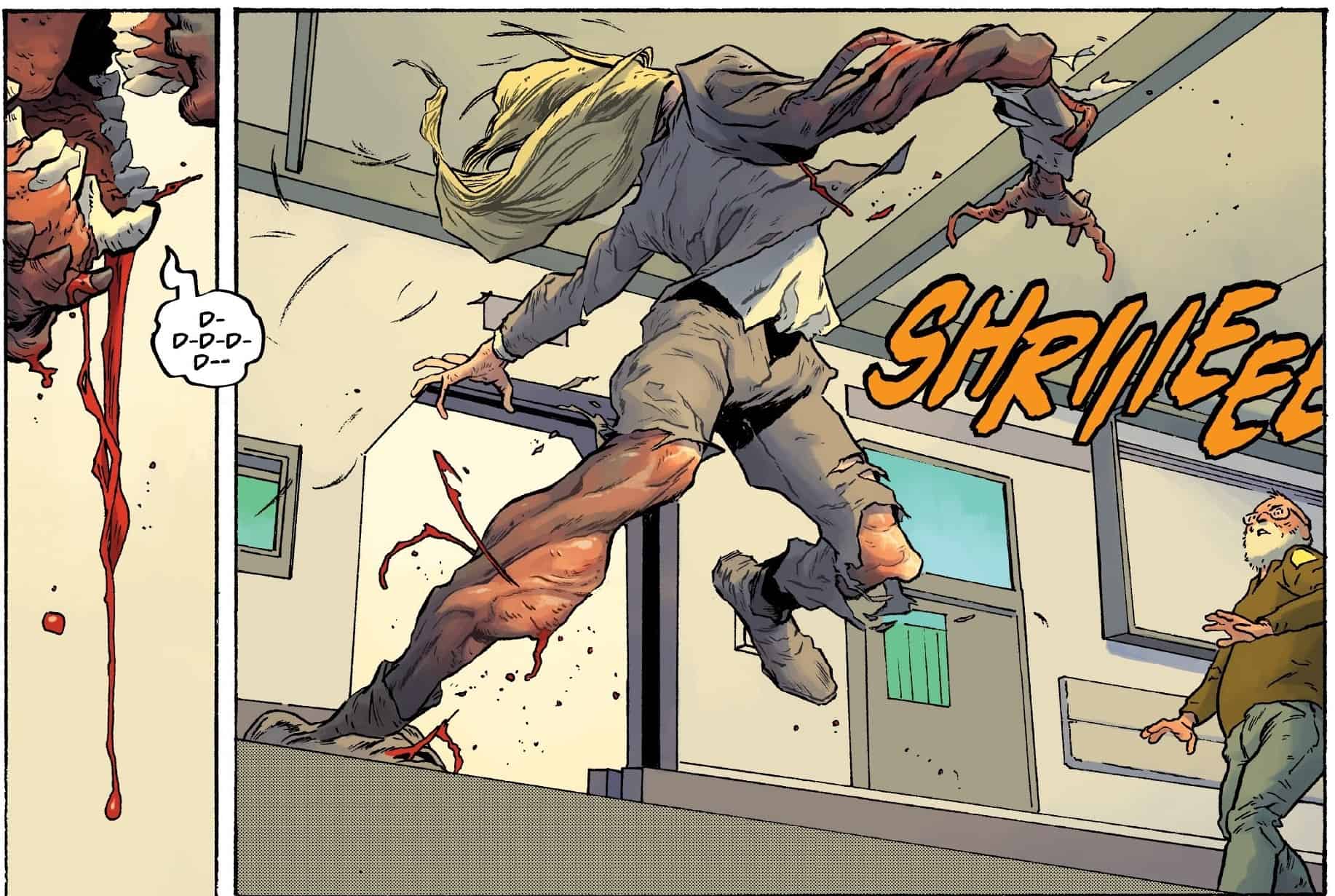 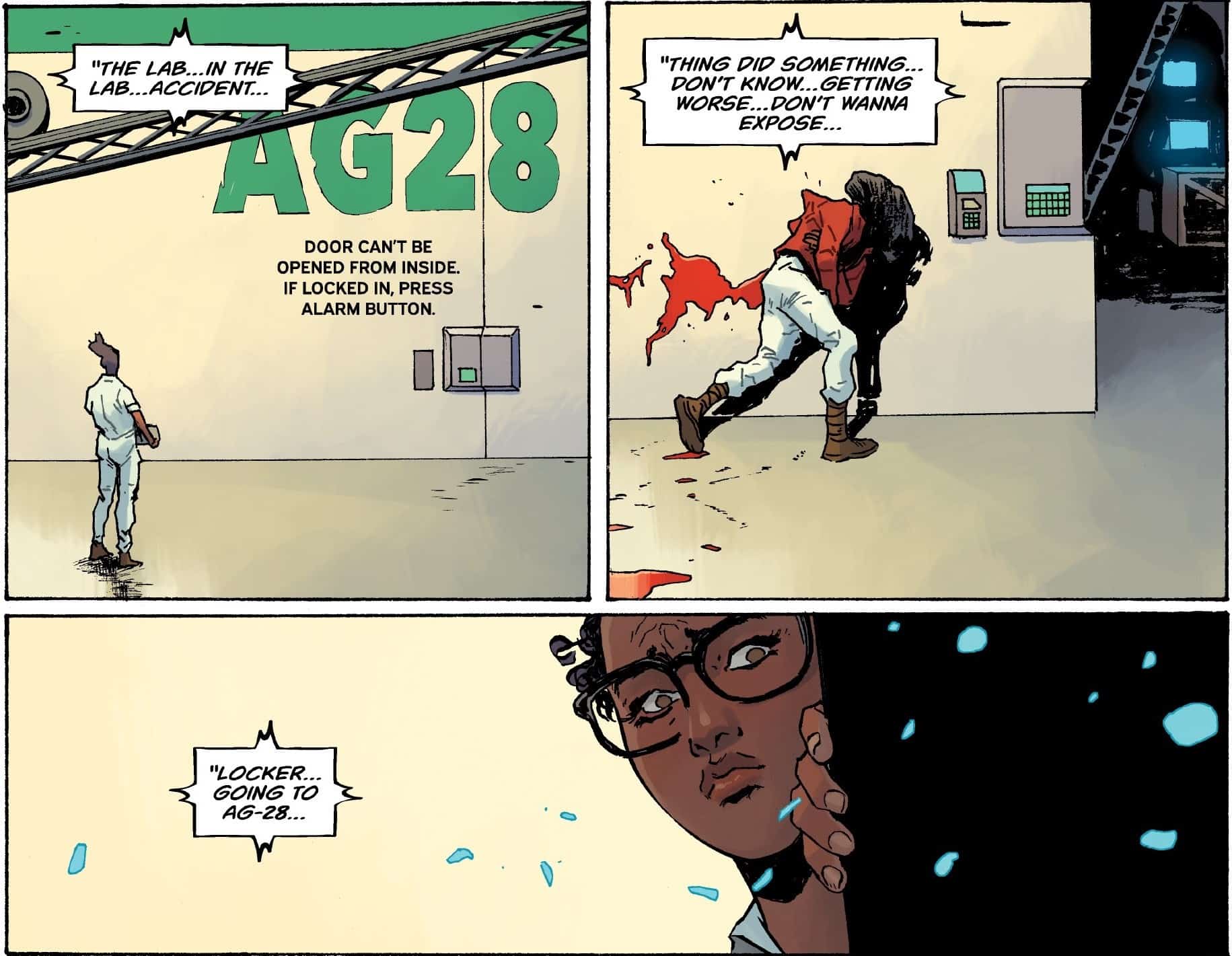 And as it now looks like Tully won’t be evolving into the same Tully from Aliens: Earth War, as I had been hoping. So all bets are off. With only one more issue to go that cliffhanger aboard Anchorpoint, the confrontation with the Resurrection style xenomorph, the undecided fate of Halliday and also that one remaining Rodina escapee is going to be a hotly anticipated decider of a finale. Which by the way has been put back from original release date of 13th March, now scheduled for 27th.

Anarchic, alarming adrenalin rush. The klaxon sounds. The shadows come alive. The breathing becomes labored. The heart rate quickens. The screaming begins. Pack up the damn cat and run. For all that is holy...RUN!!!