Winter Guard #1: Back in the USSR! You Don’t Know How Lucky You Are! 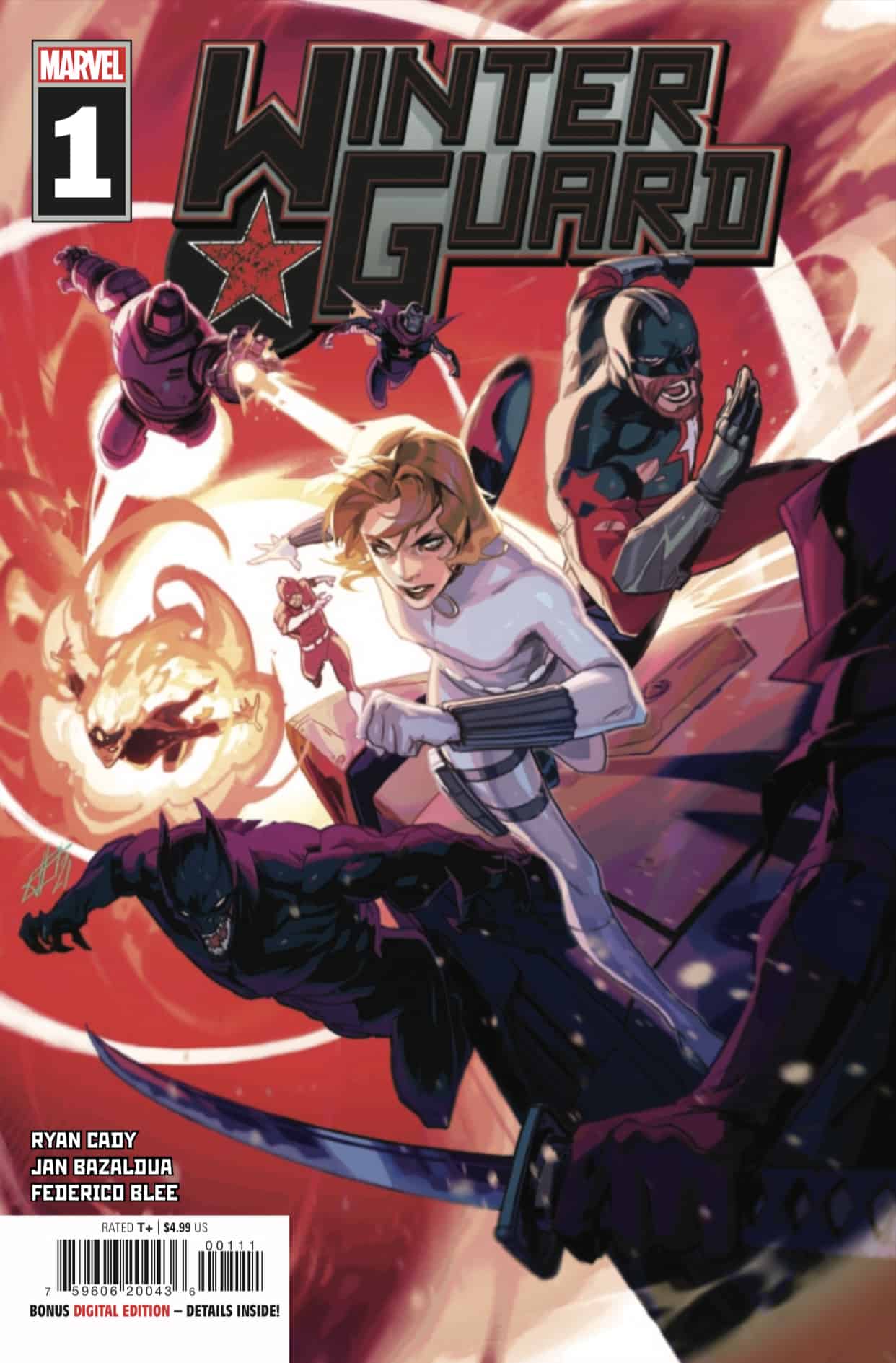 WINTER COMES FOR THE WHITE WIDOW & THE RED GUARDIAN! Russia is cleaning house! And when the Red Guardian starts hunting down state secrets, he puts himself right back in his home country’s crosshairs—dragging the White Widow along with him. But the motherland has new heroes now…and not even the Red Room could have prepared Alexei and Yelena for the Winter Guard’s retribution. Bold twists and bombastic action abound as Jason Aaron’s Winter Guard tracks down two of Russia’s dirtiest secrets! Don’t miss the chills and thrills of Ryan Cady and Jan Bazaldua’s new epic thriller!

After their breakout antagonistic roles in the Avengers, the Winter Guard finally have their own miniseries by Ryan Cady, Jan Bazaldua, with a Djibril Morissette-Phan opening, and they’re here to show you just how great the Iron Curtain’s Avengers are just as interesting and compelling as their American counterparts, and they’re pulling no punches. We get mystery, action, and a subplot around a spy within the ranks of the Guard. Is it true? Or is this a ploy that Guardian is using to sow distrust amongst his former teammates? We don’t know! It’s only the first issue, so stop asking!

Cady definitely wants to give them each their own personalities, and I can really appreciate that. Other than Ursa, Aaron hasn’t spent a lot of time developing who these characters are, like he has with the Squadron Supreme of America, so Cady has a tough road ahead of him. Most of the development done in this issue revolves around Yelena and Alexei, the White Widow and the original Red Guardian, but we get some moments for Crimson Dynamo and the others, that has me wanting, not wanting, craving even more of them. I can’t wait to see what developments and surprises we get over the course of the next three issues.

Jan Bazaldua provides the art for the majority of this issue, and it is breathtaking. Her style gives each character their own presence, and look, even if their looks are very similar aesthetics. Red Guardian & Vanguard are basically the same character, aesthetically speaking, yet telling the difference between the two was easily accomplished. I also like how she gave Perun his own godly presence, and didn’t portray him as a poor man’s Slavic Thor, which is something I’ve grown accustomed to over the years.

I’m over the moon with the Guard finally getting their due, as I feel most of them have been misused and abandoned, like a lot of other Marvel Silver and Bronze Age Cold War era antagonists after the fall of the Berlin Wall. It was a different era in comics, and the socio-political divide didn’t evoke as much interest with the comic buying public that it used to. With the antagonistic relationships between the US, and the former Soviet Union, that I’m hoping ignites a spark with fans that we might get more minis, or even an ongoing. The only negative I had regarding the issue was the prequel art by Morissette-Phan. The styles were just too jarring for me, but even that, it’s only a slight nitpick. I really enjoyed the book from cover to cover.

Political intrigue, a mission behind the Iron Curtain for two ex-patriot Soviet super soldiers, who comes face to face with their former teammates. Cady and  Bazaldua gives you all the makings of a classic Marvel tale about some classic Avengers foes who deserve their time to shine. So Spasiba, moya lyubov!

Winter Guard #1: Back in the USSR! You Don’t Know How Lucky You Are!