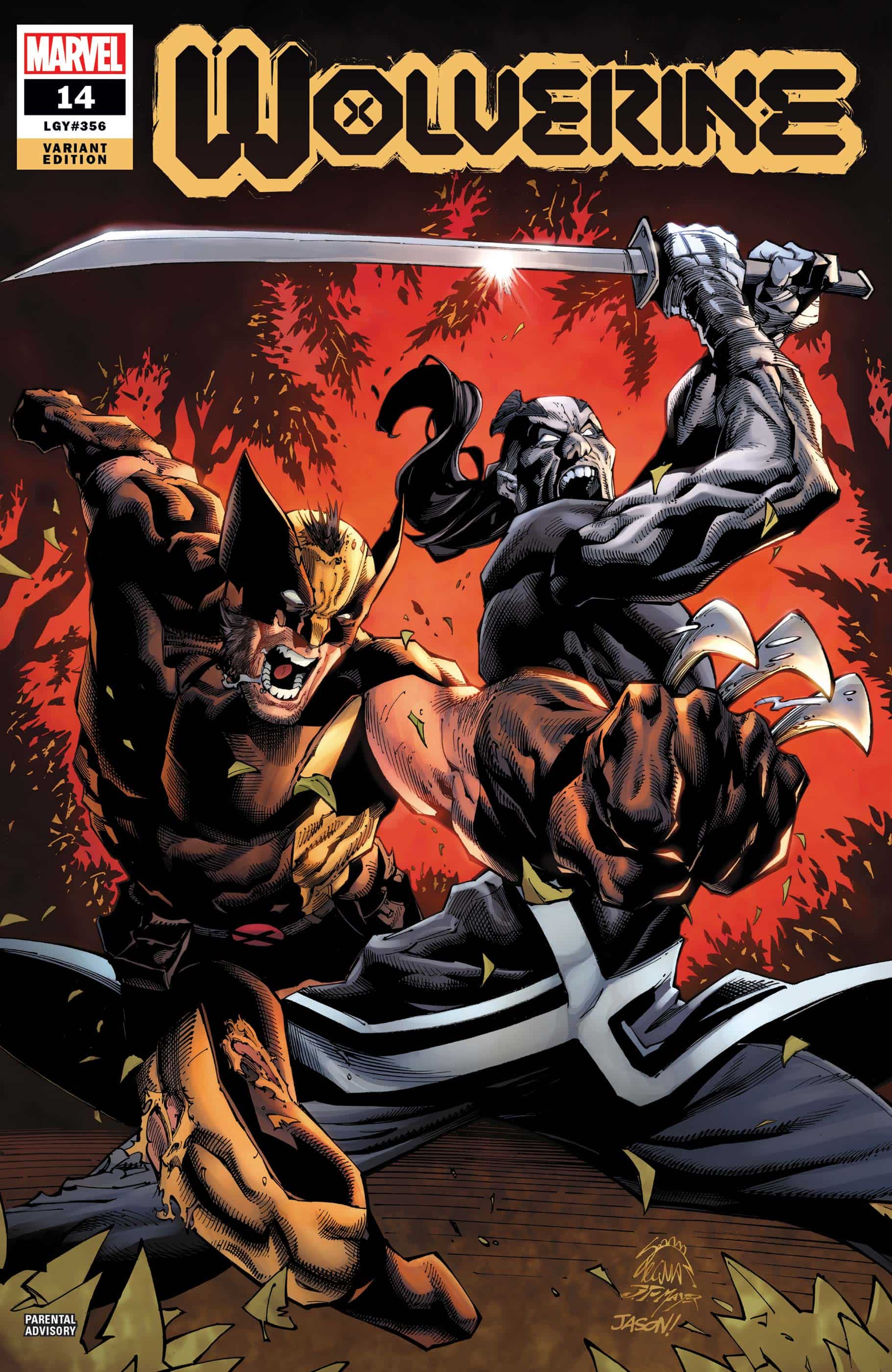 Someone blew up the good ship Marauder, so Wolverine is back in Madripoor, seeking whom he may devour.

Benjamin Percy can write Wolverine. That sounds like it would be just about the bare minimum requirement for someone paid to scribble down stories about a half-feral Canadian-samurai-cowboy, but that’s a rarer breed than you’d think. So often, Logan feels like a caricature of himself (how can one guy be so many different things?) but in Percy’s hands he feels fresh and alive, as though he could walk right off the page and start causing trouble.

There’s a brutal poetry to this book, baked into the rhythm of it. As though Percy’s Logan could slide right into a bar that was written by Cormac McCarthy. Perhaps not the one in Blood Meridian, replete with run-on sentences, human scalps and an odd dancing bear, but I could see this Logan hanging out in a rundown, claptrap hole, in Texas, taking shots with Anton Chigurh or Llewellyn Moss. The dialogue is deceptively simple, the panels pencilled tight. This story is told in gulps and gasps, and the tension is wound deliciously taunt.

I’ve rarely seen a book wherein the story and the art are so closely woven together. Warp and weft, words and image, fitted together so that you forget that you are reading. This story is a cinematic experience — so much is said with the bloody scrawl of a finger or a terrified squint.

Adam Kubert is a genius. There is, there can be no other word for what he does with faces, hands, and bloody masks. He treats sheer, glorious comic book silliness (characters literally jump the shark) with the same seriousness, the same artistic weight, that he gives to a tense, burn-ward interrogation. Frank Martin’s color work adds life and depth to art already vital. This book is a visual feast. When you think you’ve seen everything, something else leaps up.

And Percy is slinging words like a gunslinger flies bullets. In case the giant image on the cover doesn’t give it away, Solem is the big bad in this book. He’s a character who has been set up as Wolverine’s literal opposite: a tall, gregarious-seeming dude with adamantium skin. There’s some very clever mirroring present, reflecting this, and here’s an example.

‘Now let’s be honest with each other,’ Logan says, right before threatening to slit a man’s nostril. Some six pages later we see that Solem has removed his lackey’s nose in an act of betrayal.

This is just one of the subtle little twists peppering this text like sesame seeds on a roll.

I loved the Clint Eastwood/Toshiro Mifune feel of this story. I loved that the characters were archetypal, but not at all short on actual personality. I loved the world that Kubert has built with his art. It’s a gritty, sepia hole (you’d almost expect to see a dog walking by with a human hand in its mouth, ala Yojimbo) but there’s enough comic book absurdity to keep it from getting too nihilistic.

It’s been a while since I’ve been so enthusiastic about a Wolverine book. I cannot wait to see what happens next.

This story is a cinematic experience— Sergio Leone or Kurosawa by way of James Bond. By the time I got to the end, my appetite had merely been whetted.