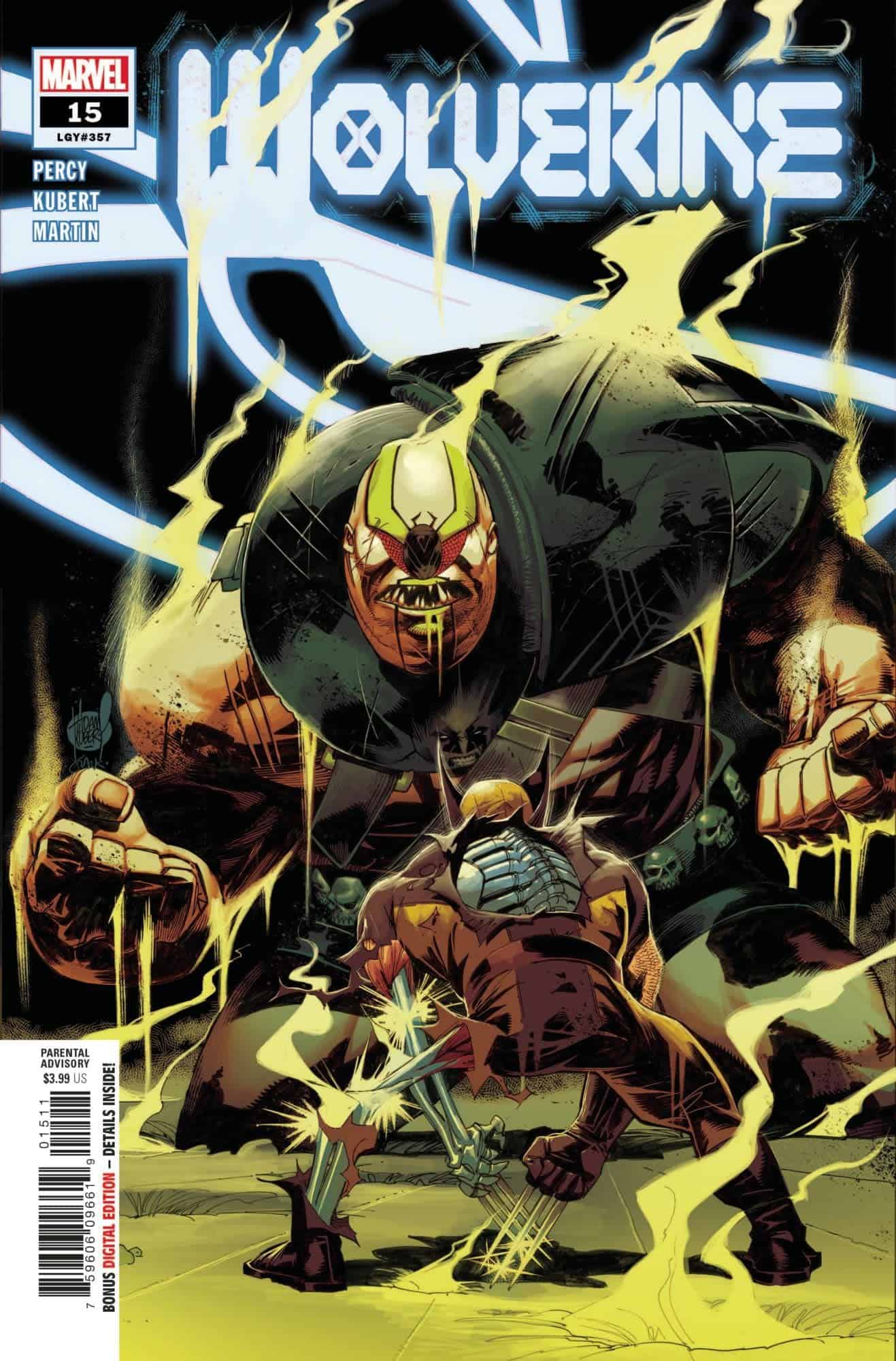 BLACKMORE’S FIGHT! WOLVERINE comes face-to-face with Arakkii pirate crime lord SEVYR BLACKMORE! But will their fight lead Logan to the clues he needs to catch SOLEM, or put him right where the manipulative mutant wants him?

Wolverine #15 seems to be setting up Wolverine’s pursuit and confrontation of Solem, with much of the issue containing backstory, told through Blackmore. The issue is exciting and well-paced and has Wolverine doing what he does best: drinking and fighting. Blackmore’s history with Solem is interesting and engaging, setting the stage for the next issue, but the highlight of the book is a brief brawl between Wolverine and Blackmore and his goons. This is where the art shines and reminds the reader exactly what makes Wolverine great. 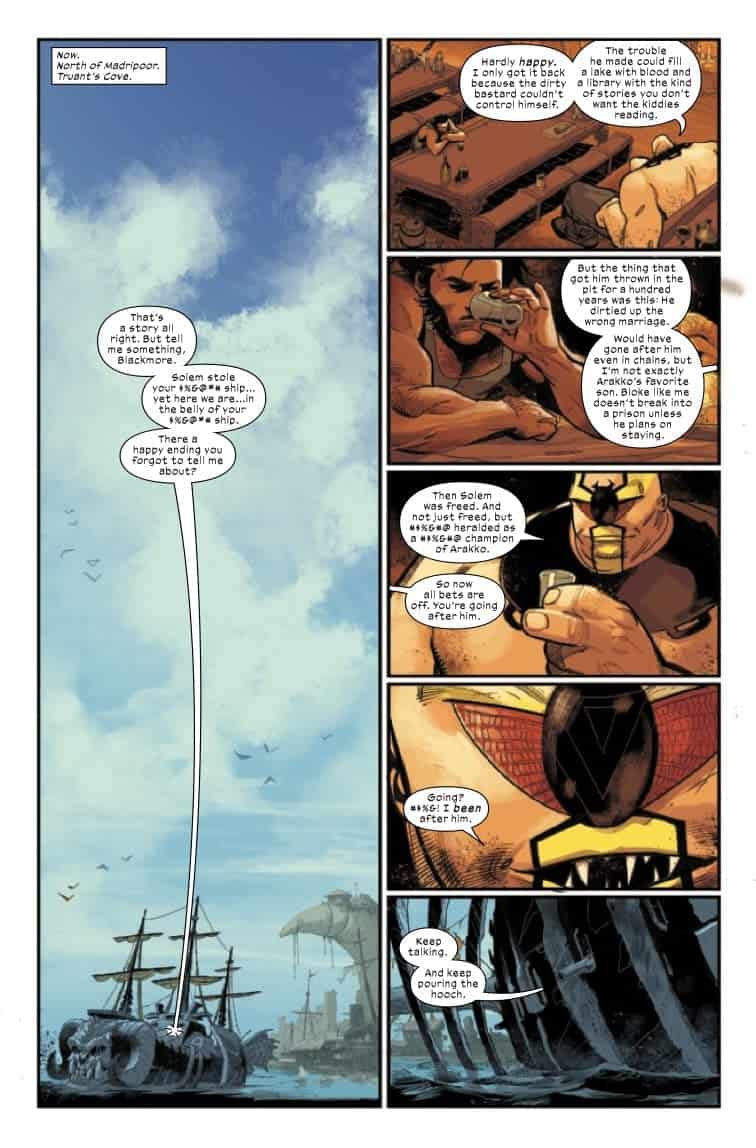 Adam Kubert’s art and Frank Martin’s colors are explosive and razor-sharp. The two are able to capture the pure primal carnage of the character in just a few pages. A splash page, and in this case there is blood actually splashing across the page, shows Wolverine slashing his way through a group of goons. There isn’t one detail lost in the mob despite the spotlight staying on Wolverine. Kubert’s depiction of the rumble is intricate as it is brutal. There are also a few panels showing a silhouetted wide shot of Wolverine fighting the crowd. These pages are reminiscent of Chris Claremont and Frank Miller’s iconic series, which might be the coolest looking Wolverine series ever. Percy and Kubert retained the iconic style while bumping it up a level for modern readers. 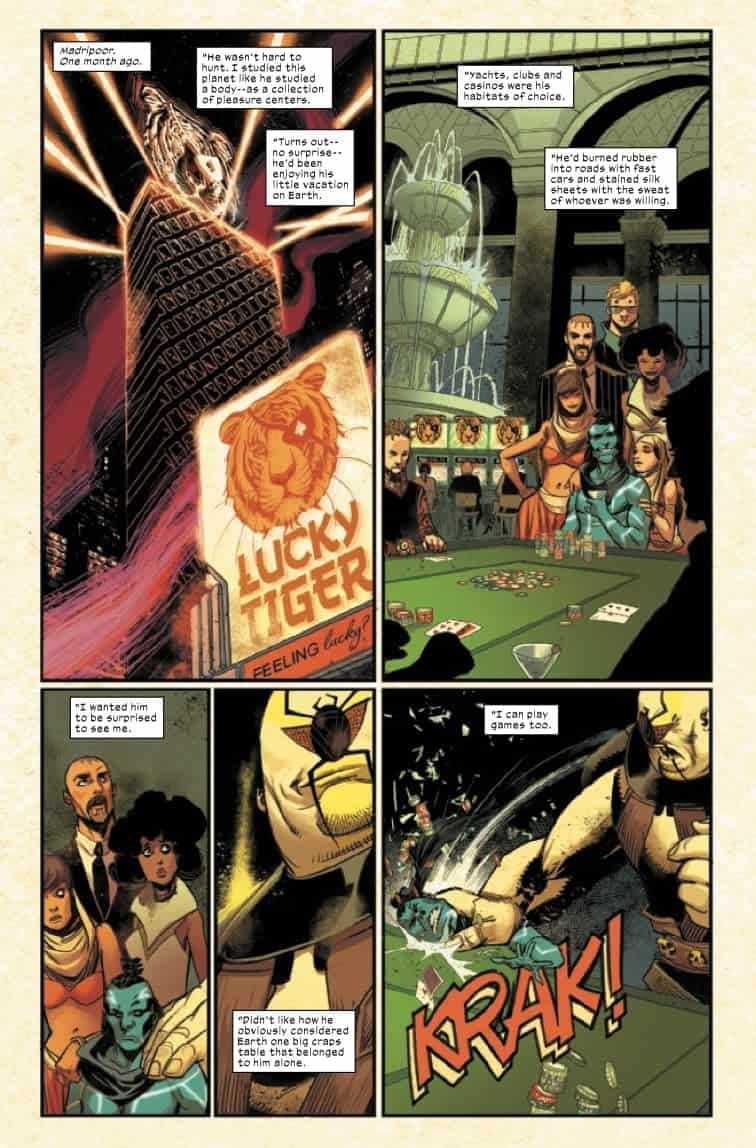 Benjamin Percy has consistently done an excellent job writing a standalone Wolverine series without feeling far and detached from the X-books. Percy demonstrates his skill as a writer by crafting a series that is welcoming and engaging for new and casual readers while still being connected to the larger era. Casual and new readers with a sense of the character can pick up these issues and be able to catch on. A few quick Google searches and you are all filled in. Regarding this arc, Blackmore’s retelling of his history with Solem and Wolverine’s dialogue about the Muramasa blade is enough for readers to not be lost moving forward. Now more than ever, getting into X-titles during the Krakoa-era can be intimidating, but Percy, along with the rest of the creative team, usher in a Wolverine series that isn’t alienating but still fits into the spectacular current era of X-titles.

Wolverine #15 is a well-paced and visually explosive issue that promises to get even better moving forward.