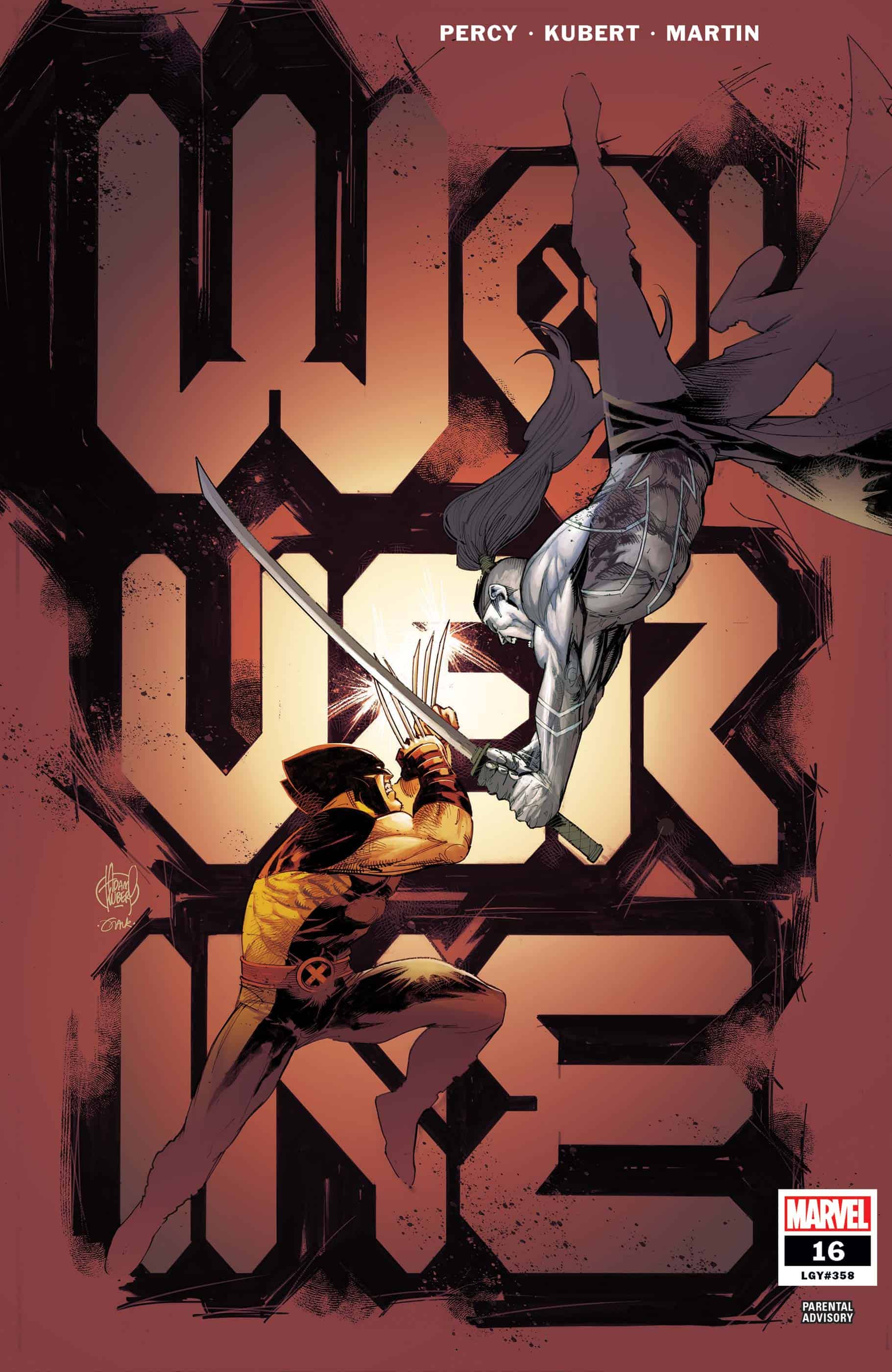 THE SOLEM TRUTH! The game is nearly over...but when SOLEM is involved, that’s just an excuse to change the rules. Did you figure out the mystery before WOLVERINE?

Wolverine #16 picks up where most Wolverine stories start: a bar. This time, he is joined by Solem in Krakoa’s Green Lagoon. Fresh from an explosive encounter and deal with Sevyr Blackmore, Logan is out for blood, if Solem can bleed, and a Muramasa blade. Benjamin Percy continues to write an accessible run for X-fans of all types. Percy is able to take the Wolverine fans know and love and gracefully evolve him with the Krakoa era. Though he is an extremely popular character and one of the faces of the X-Men, Percy makes sure to put care into the series and making sure it fits within the scope of the other titles. By doing this, readers get fun and focused Wolverine adventures while still feeling like it’s part of something bigger. 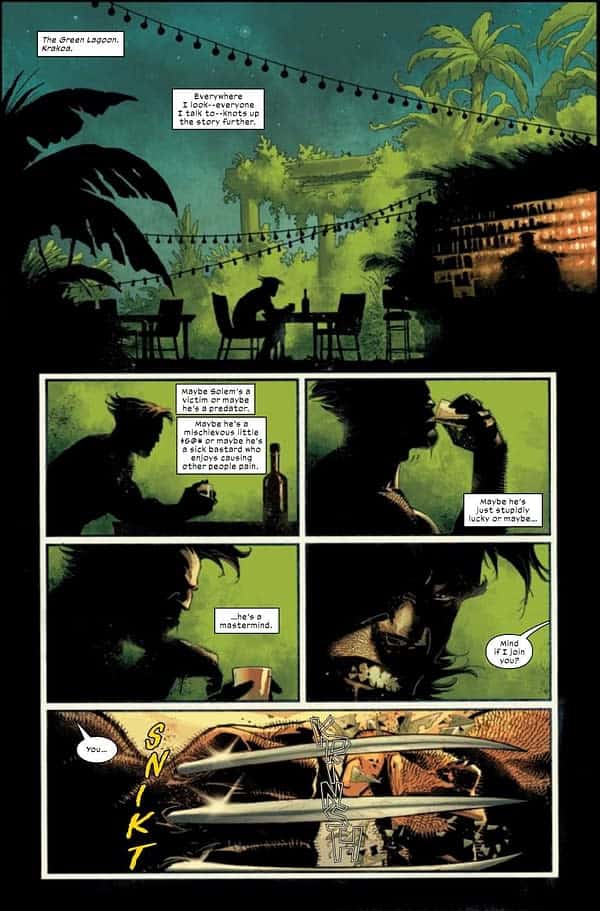 Solem is an interesting character, and I am looking forward to seeing what comes of him. There is a lot of potential in the character, and I have no doubts that Percy will exceed all expectations. Readers should be on the lookout to see what role Solem plays on Krakoa. Kubert’s design is slick and sinister, with the help of Martin’s colors, and a perfect foil to Wolverine’s crude and hairy ruggedness. Kubert seems to be having a blast with the series and delivering some classic Wolverine action. In Wolverine #16, we get a swashbuckling Wolverine the only way Wolverine can: with graceful brute force. Though he should leave the swashbuckling to Nightcrawler, seeing Wolverine fight his way across a pirate ship was something I didn’t know I needed in my life. Kubert has continuously captured the classic Wolverine action and displaying the scope and sense of adventure that Percy’s writing calls for.

Wolverine #16 continues the quest for a Muramasa blade in an action-packed issue with an added bonus: a swashbuckling Wolverine!