Wolverine #18: Beers on the Beach 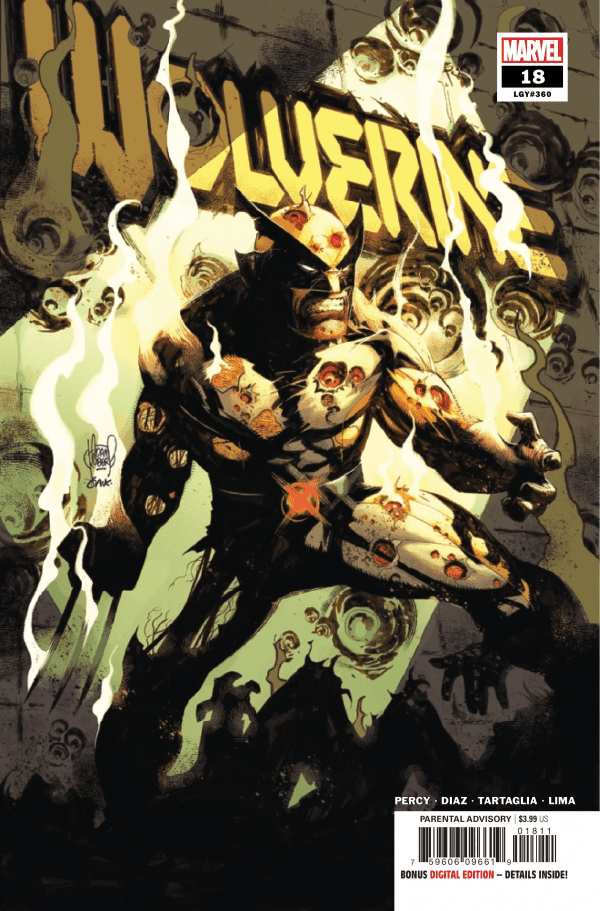 KRAKOA COMPROMISED! You've seen some action in Benjamin Percy's WOLVERINE, but never quite like this! It's a life-or-death protection mission as WOLVERINE goes on the run with his friend C.I.A. Agent Jeff Bannister when a secret surveillance device is discovered on Krakoa—and its owners are willing to kill to get it back! But who would go so far as to betray the mutants? Featuring the return of some unexpected adversaries!

I love a happy ending. Who wouldn’t want to end their day on a beach with a cold drink? In Wolverine #18, it is certainly earned. With nonstop action and perfect pacing, Benjamin Percy knows how to craft a story. Keeping the momentum from the last issue, Maverick is tasked with taking out Jeff Bannister, but Wolverine is here to help his friend. Wolverine’s relationship with Bannister continues to be one of my favorite elements of Percy’s run. The scope of the Krakoa era is massive and can seem like its own universe at times, and you sometimes forget that there’s a world outside of Krakoa. Bannister is Wolverine’s link to the rest of that world and humanity. He is a reminder that death can be permanent and not everyone can be reborn over and over. This is evident when Wolverine throws himself over a grenade so Bannister and his daughter can escape. Wolverine knows he will be fine, but it is his priority to make sure they are safe. 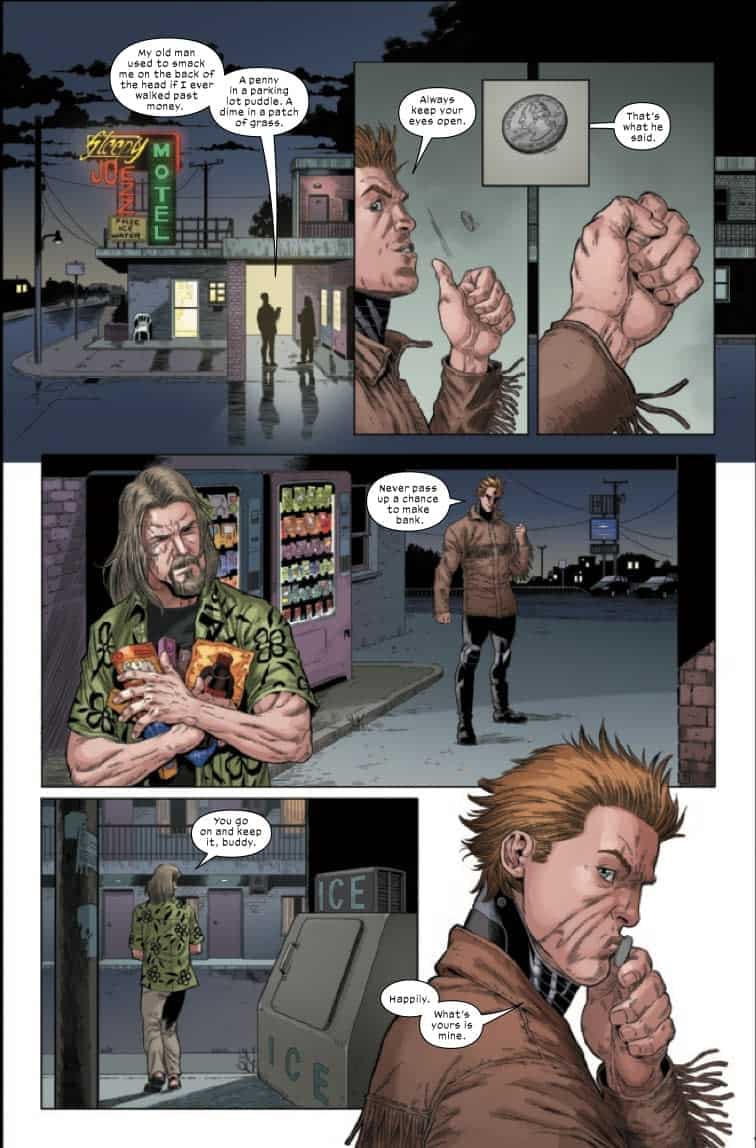 There is a lot of fun action featured in this issue, like Wolverine taking on Maverick and his team featuring an amazing “SNIKT” thanks to Cory Petit, a rooftop chase, and some sweet truck action. You may be familiar with the truck-chase scene in Terminator 2 or the interstate fight in Matrix Reloaded, but have you seen Wolverine take down a helicopter from the top of a semi with a giant slab of meat? Well, now you have another reason to buy this issue. In terms of art, Paco Diaz’s Wolverine looks incredible and I am a huge fan of the brown suit. Diaz’s art is gritty in all of the best ways but bright and clean when it needs to be thanks to Java Tartaglia’s and Dijjo Lima’s coloring respectively. The return of Maverick to the series has been an interesting addition. He is exactly as Wolverine describes him: he’s not the enemy or a friend. His lack of moral compass and history with Wolverine is the perfect vehicle for the Merchant to take his revenge. As always, Percy is able to set up the next issue while still having a satisfying and conclusive ending to the individual issue. Things are going to get interesting for Wolverine, but for now, he’ll be enjoying a beer on the beach with a friend.

Wolverine #18 has beers on the beach, nonstop fun action, perfect pacing, and continues to show that Percy’s Wolverine is becoming the gold standard for the character!

Wolverine #18: Beers on the Beach