Wolverine #21: Stuck On You 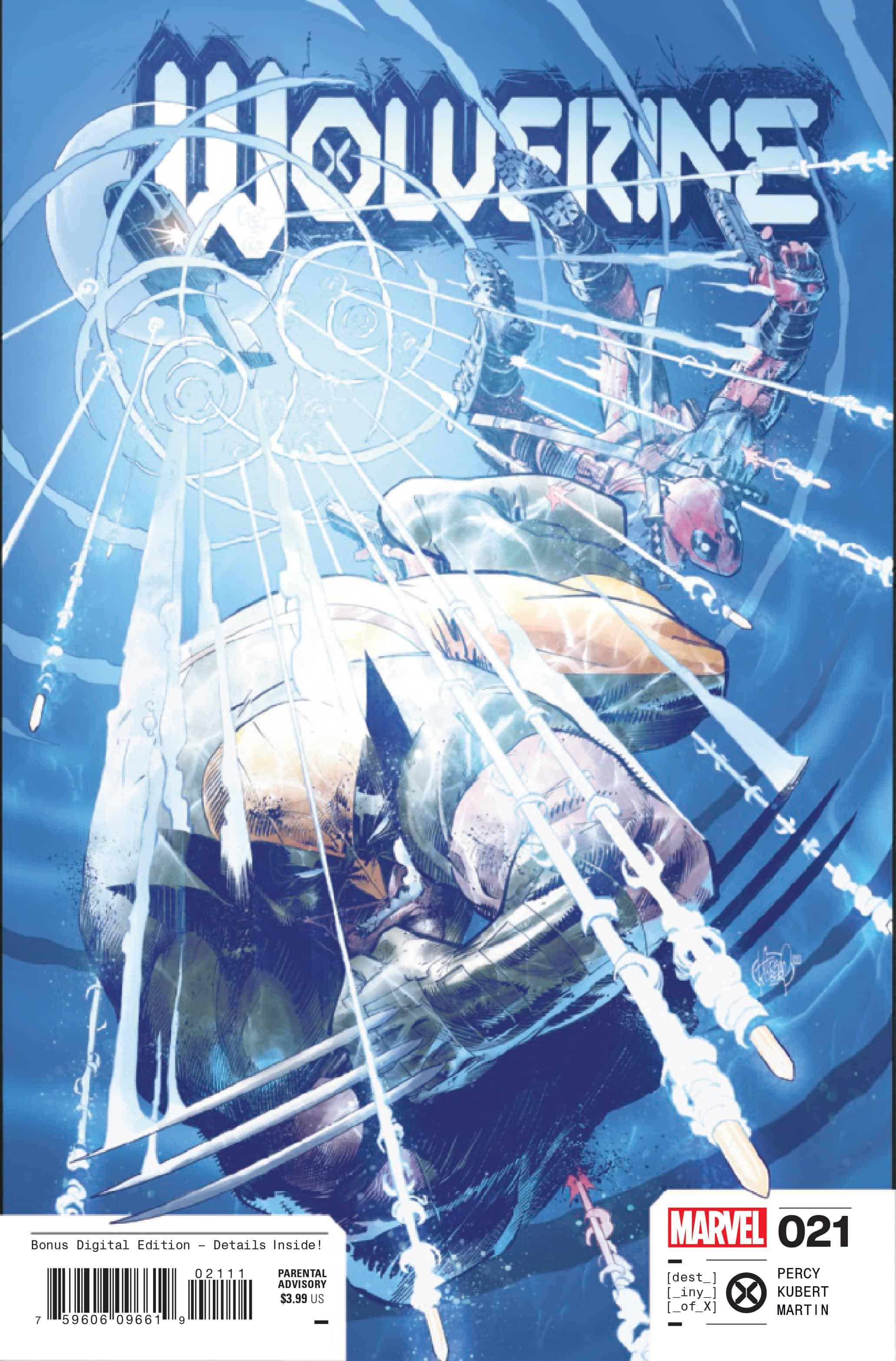 Outnumbered and surrounded, WOLVERINE unleashes his berserker rage, and DEADPOOL embraces his deadly fighting skills in a last ditch effort to save mutant lives. But what's with all the ROBOT X-MEN, and what do they have to do with the X-DESK?

Wolverine has gone through a lot in the last few months. Following the events of X Lives and X Deaths of Wolverine, you would think he’d need a break. The universe has other plans for him. Last month’s Wolverine #20 showed that there are no breaks for Wolverine by throwing Deadpool at him. Wolverine #21 is an action-packed issue focusing mainly on Deadpool, but there is still plenty of Wolverine. Despite the non-stop action, I felt that the issue didn’t read too fast, which is always a plus. This is especially true because seeing Wolverine and Deadpool interact is a blast. Percy is the Wolverine writer, but I was still surprised at how much I enjoy his Deadpool. I am not the biggest Deadpool fan, but Percy’s voice for him is fun and pairs well with his Wolverine. For fans who have been wanting a new Deadpool series: this arc will be right up your alley. 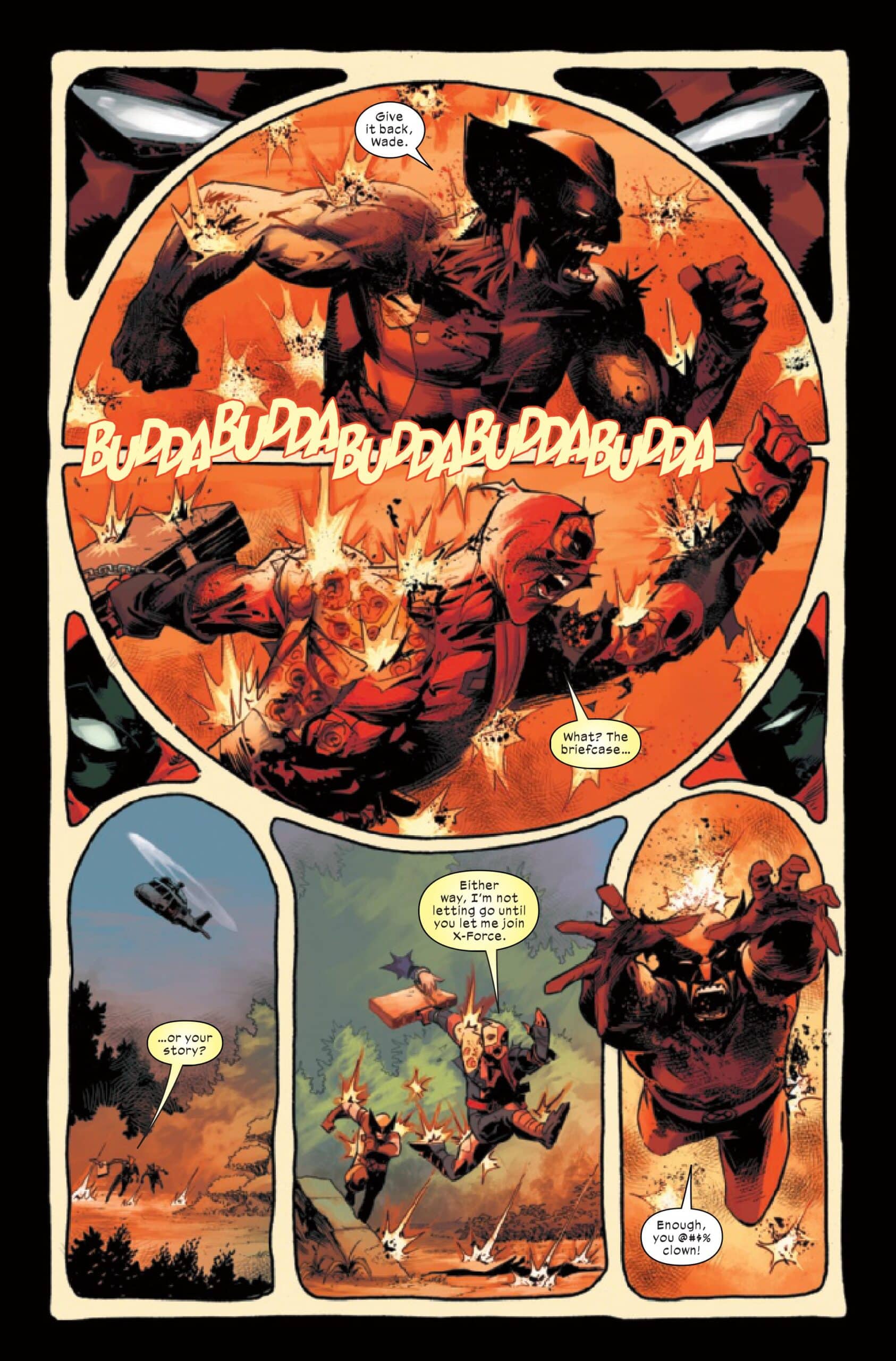 This issue’s art is fantastic. You know the action is going to be cranked up to 11 when Wolverine and Deadpool get together and Adam Kubert absolutely delivers. Wolverine and Deadpool fighting their way through an army of robot Wolverines is the highlight of the issue for me. The fight montage is stylishly slick and effective, and it also demonstrates how well Frank Martin’s colors work on Kubert’s pencils. Cory Petit’s lettering is a blast as always. Whether you hear Deadpool’s dialogue in Ryan Reynolds’ voice or not, Petit makes sure Deadpool’s dialogue sticks out, especially with meta-references. Deadpool is often speaking to characters and the reader at the same time, and Petit’s work makes that smooth as possible for readers. By the end of this issue, I am completely on board for more Deadpool tagging along with Wolverine.

WOLVERINE #21 is filled with all of the action and humor you’d expect out of a #Wolverine and #Deadpool adventure and then some!

Wolverine #21: Stuck On You