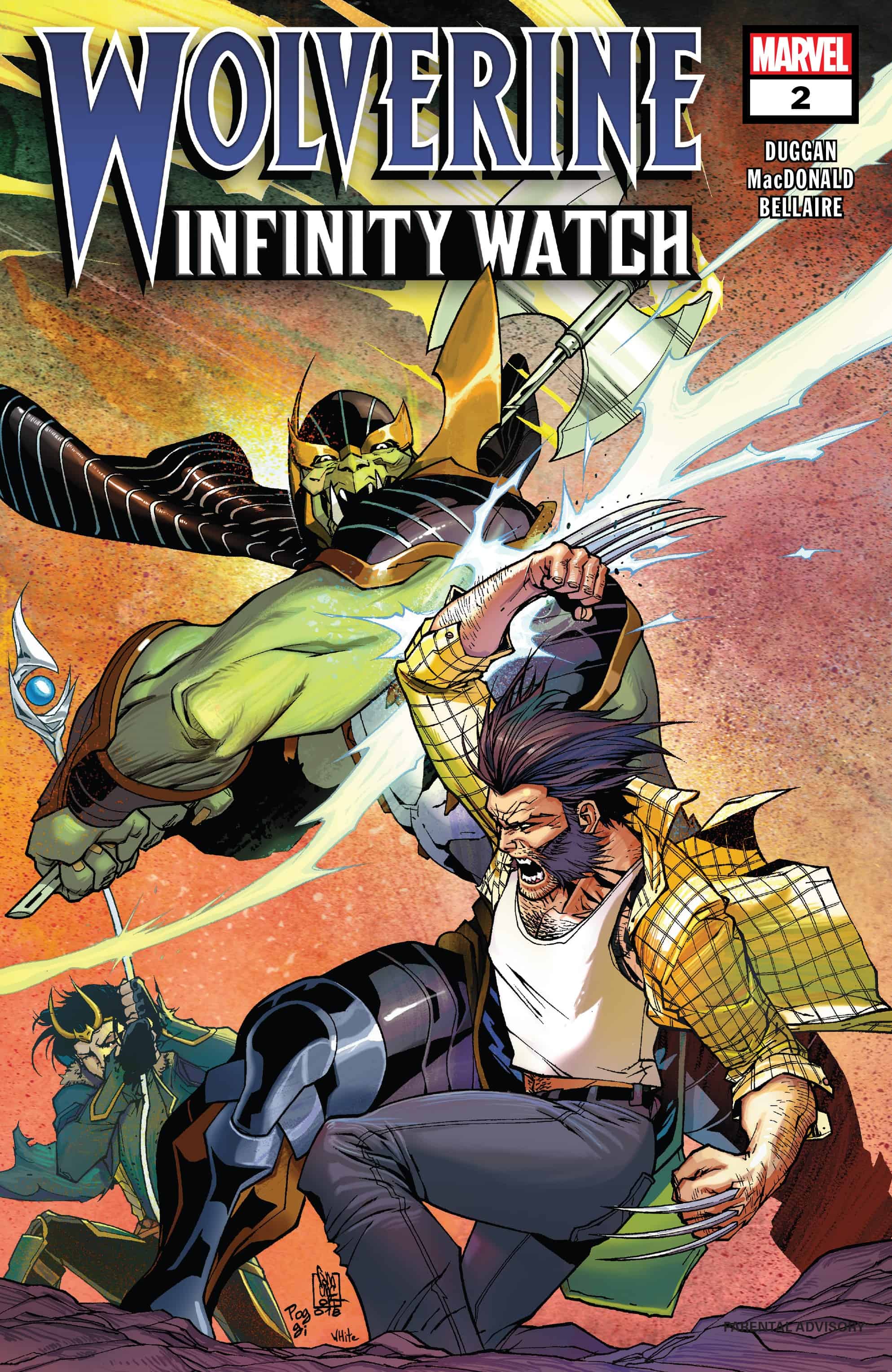 The hunt is on for random Earthman Hector Bautista, whom the cosmos has somehow deemed worthy of possessing the Time Gem! Many parties are interested in Bautista, starting first and foremost with the Chitauri warrior Warbringer. 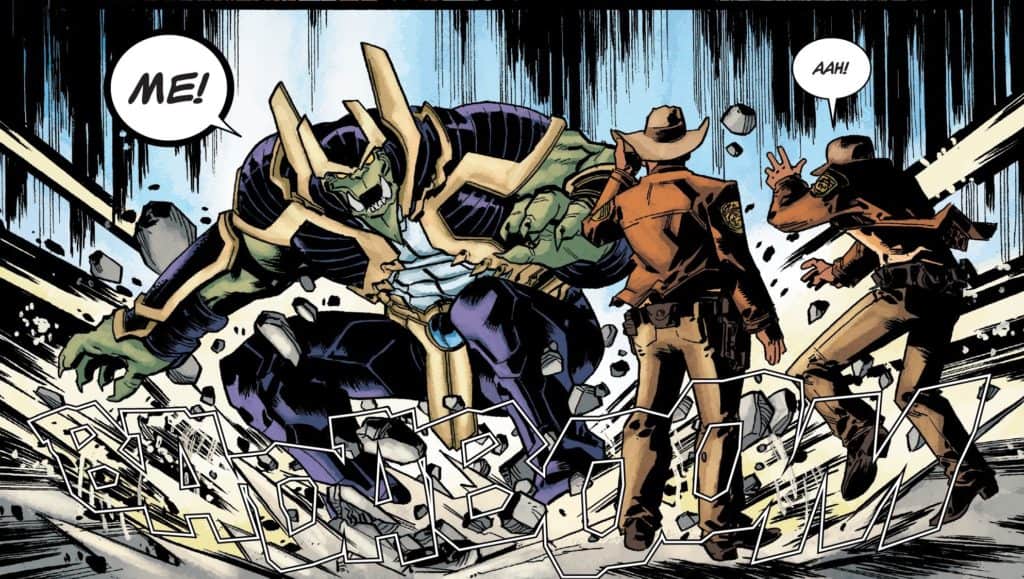 He, though, is followed very closely by Wolverine and Loki, in the latter's flying longboat. 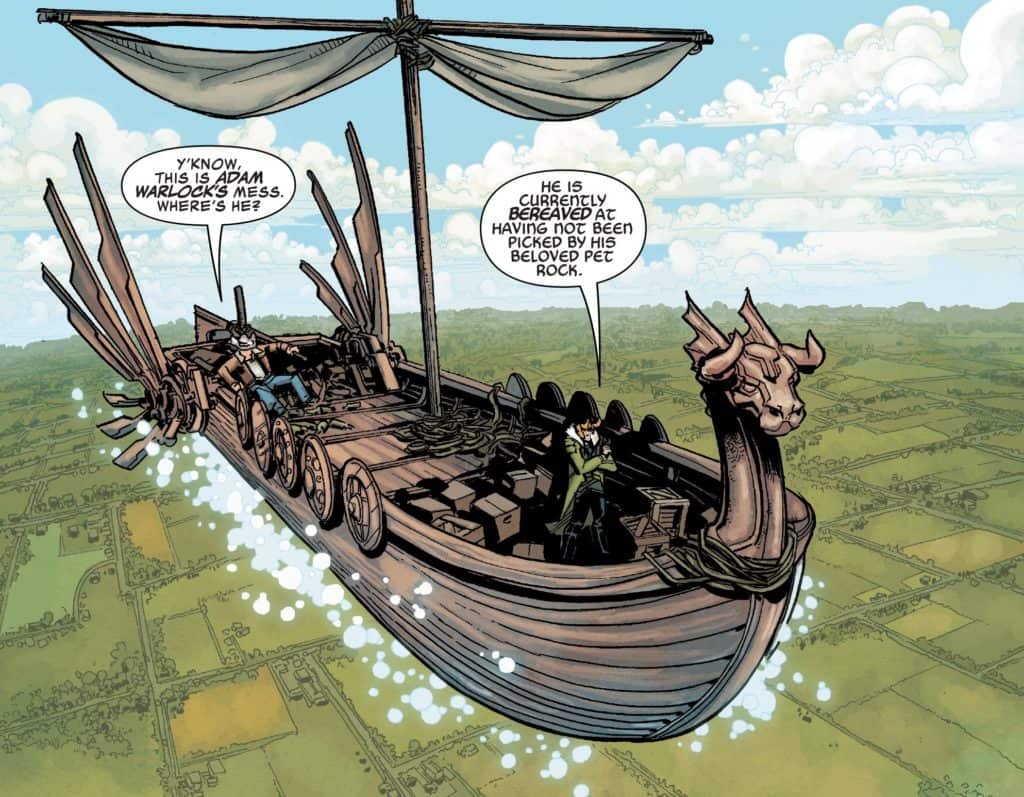 Naturally, it doesn't take long for the three of them to start brawling. Warbringer gets an early lead and flings Logan into a nearby herd of cattle, but Wolverine comes up with a fairly ingenious way of using that to his advantage! 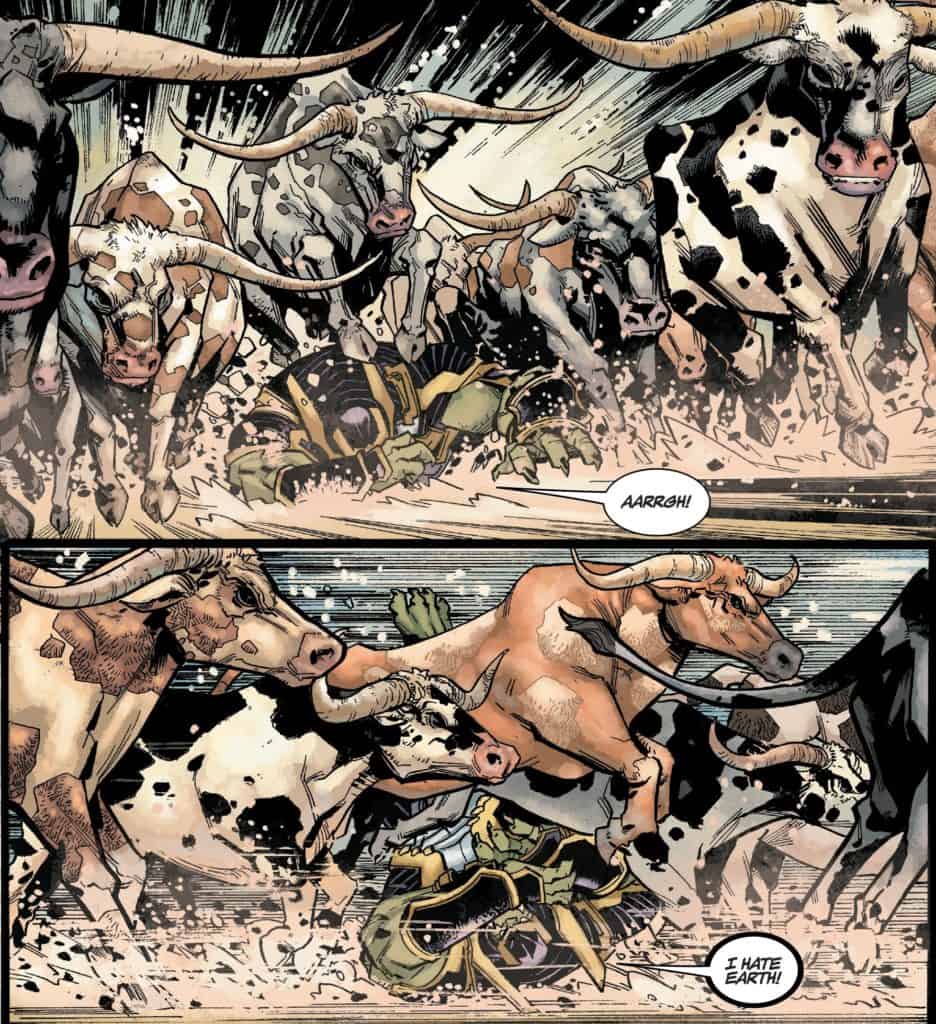 Ultimately, though, it isn't brawn that saves the day, but rather, Loki's particular brand of trickery. But just when Logan and he - along with a mightily confused Hector - think they might just have a moment for some breathing room, a new x-factor comes into play...

Wolverine: Infinity Watch is a comic that, quite possibly, nobody asked for – but that isn’t stopping writer Gerry Duggan from doing his best to make it as fun as possible. Now that the players have all been assembled, Duggan forgoes any real pretenses of doing anything other than having a blast and just lets everybody be themselves and voila, let the scene write itself. 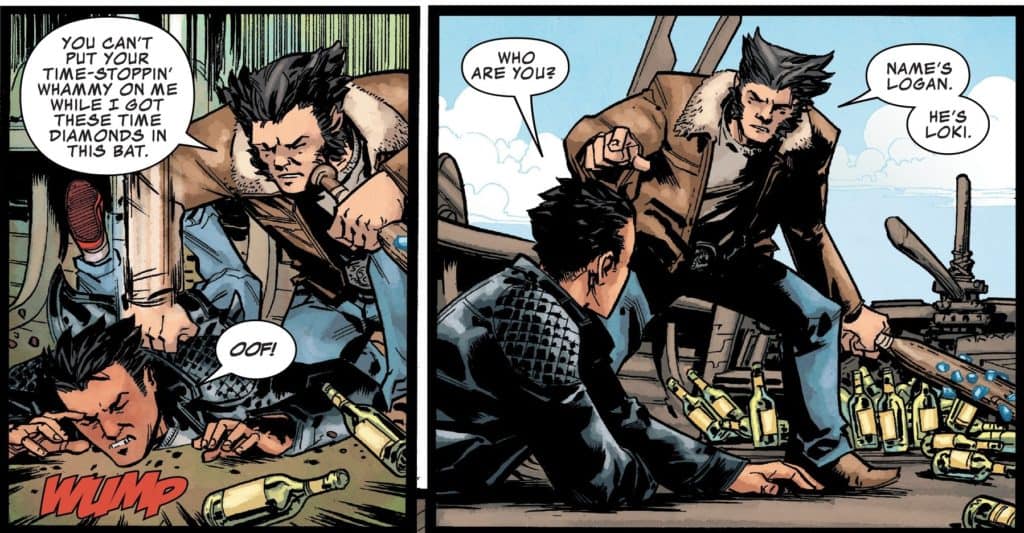 Also, there’s a bat with “time diamonds” embedded in it, because this isn’t already enough comic-booky comic book!

Alas, now that the table is set and all the players are in place, there’s no real surprise to any of the proceedings here. It’s straightforward to a fault, right up to Loki’s resolution for the Warbringer fight (which shouldn’t fool any reader for a second). Wolverine does Wolverine things. Loki eschews direct conflict and resorts to his usual bag of tricks. The big alien guy does… big alien guy things. And of course our walking MacGuffin, Hector Bautista, wanders around cluelessly, wondering just how the heck he got into this mess!? 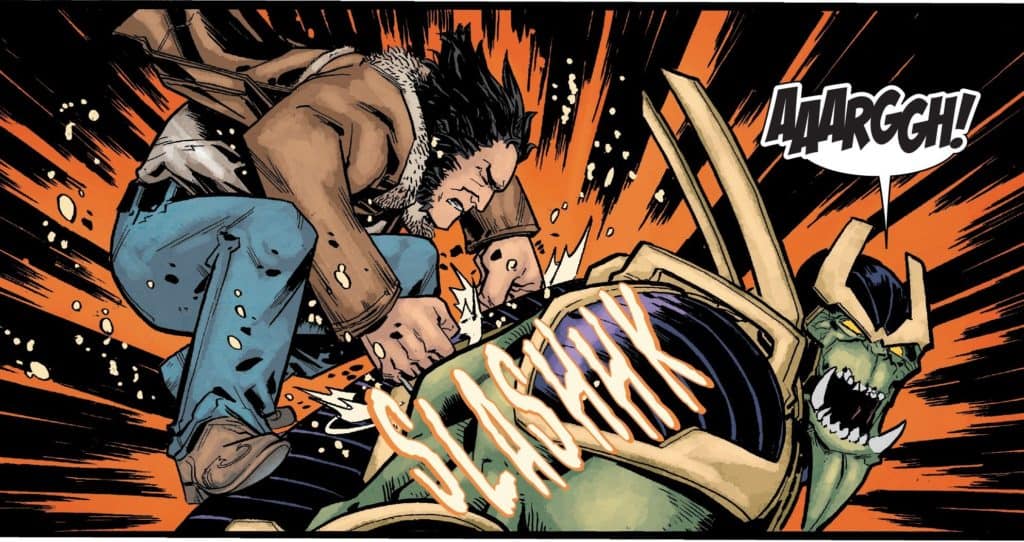 I can’t really blame Gerry Duggan for this; after all, he didn’t come up with the bizarre idea of making Wolverine a keeper of an Infinity Stone. He’s just playing the hand he’s been dealt (or more precisely, assigned by an editor). To his credit, this issue is a step up from the last – rather than being tonally all over the place, it’s at least consistent but lacking any real stakes. And that’s the problem – if you’re going to write a comic about Wolverine, Loki, Future Phoenix Wolverine, Old King Thor, an Infinity Gem, a flying longboat, a bat with time diamonds in it, a ‘roided-out alien warrior, the kitchen sink, and I think Jimmy Hoffa’s body – you need to go big or go home. Make it the most insane, over-the-top thing anybody’s ever read. Instead, this issue plays it about as safe as non-alcoholic beer: sure it looks and even tastes like the real thing, but in the end leaves you empty, sad, and dissatisfied.

Although writer Gerry Duggan is moving the story of Wolverine and his Infinity Stone forward, the ultimately safe approach taken with this issue leaves the reader wishing it could be so much more.