Wolverine: Infinity Watch #5 (of 5): All the Time in the World 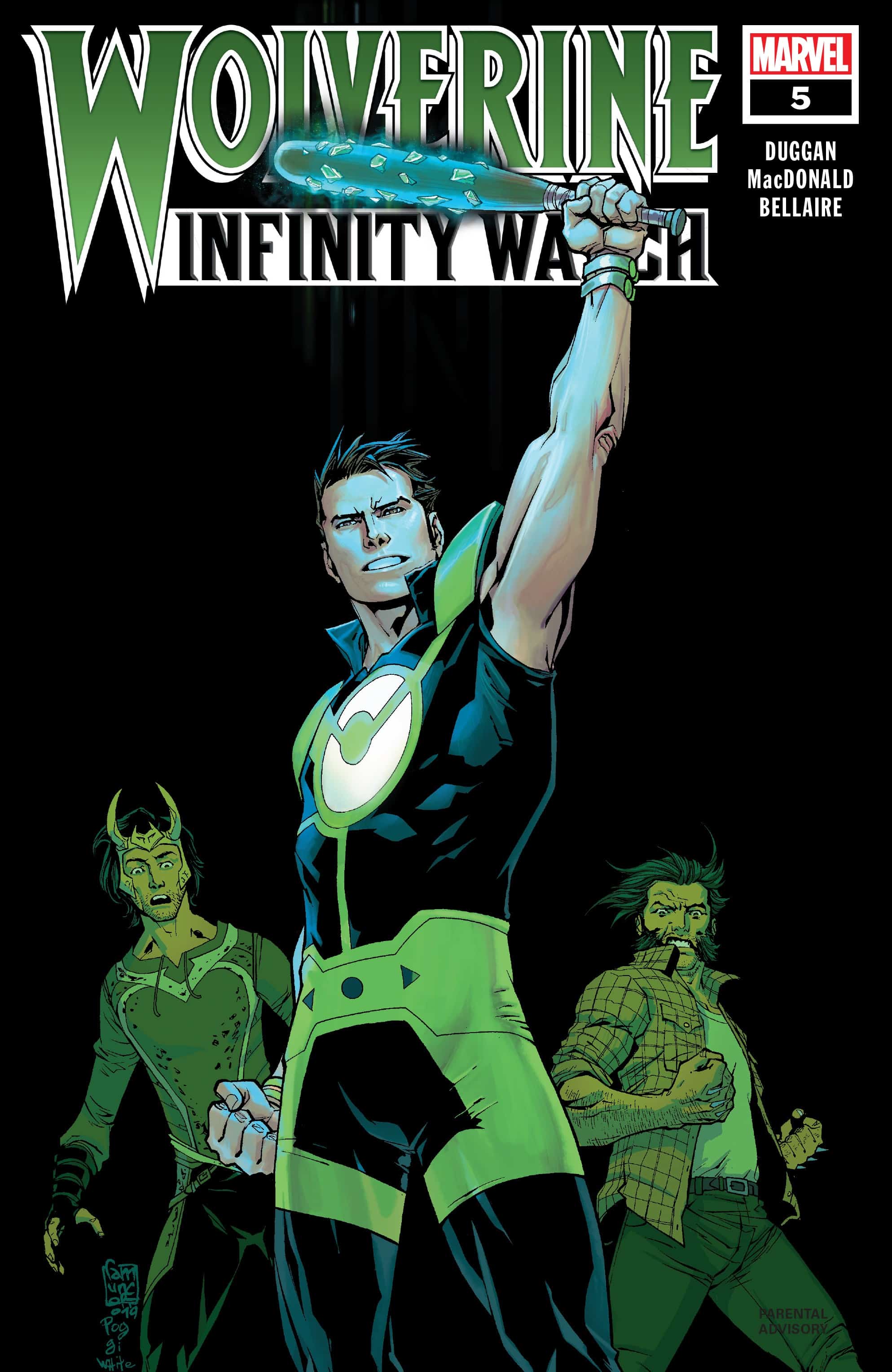 Wolverine: Infinity Watch's sort-of central character, Hector, finally becomes the focus of this story in its final issue. With the return of the monstrous Warbringer to the scene, all the players are in place... 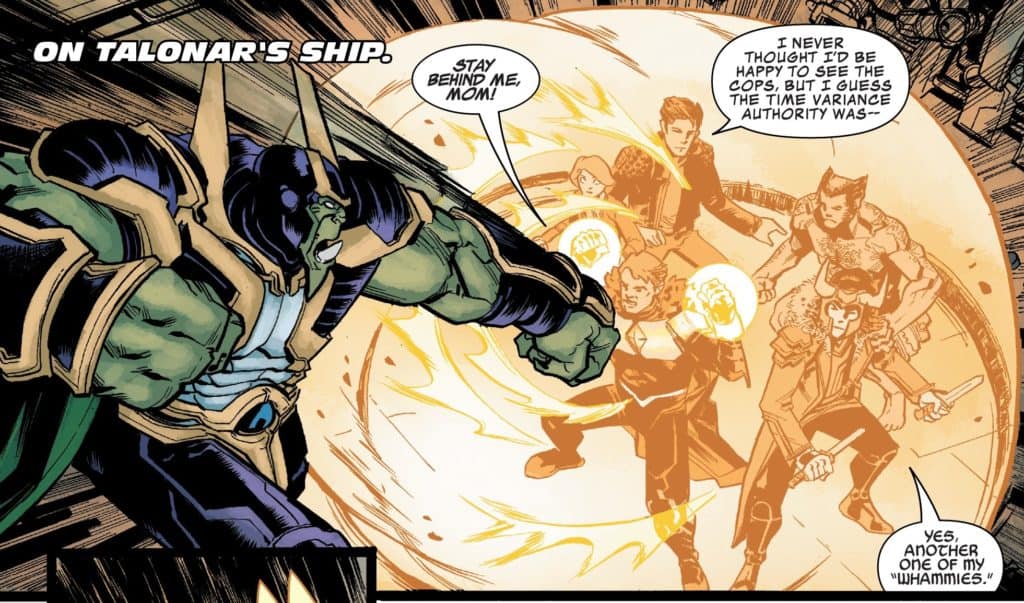 ....just in time for Hector to finally start using the Time Stone on his own volition. He freezes time as everyone starts brawling, but then can't figure out how to get it restarted! 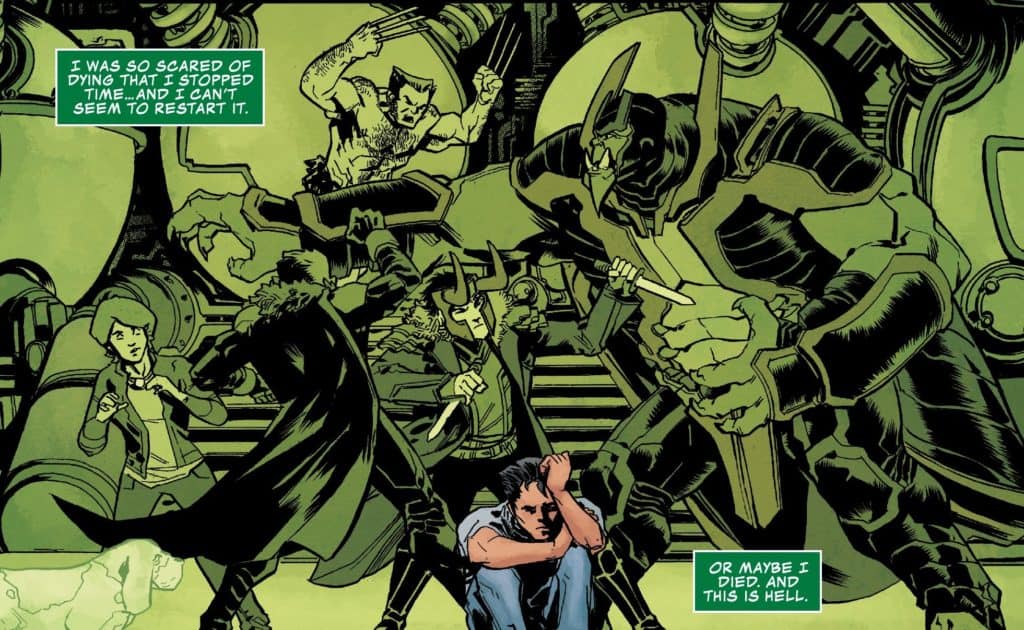 Hector uses the opportunity to hone his abilities, and better control the Stone lodged within him. 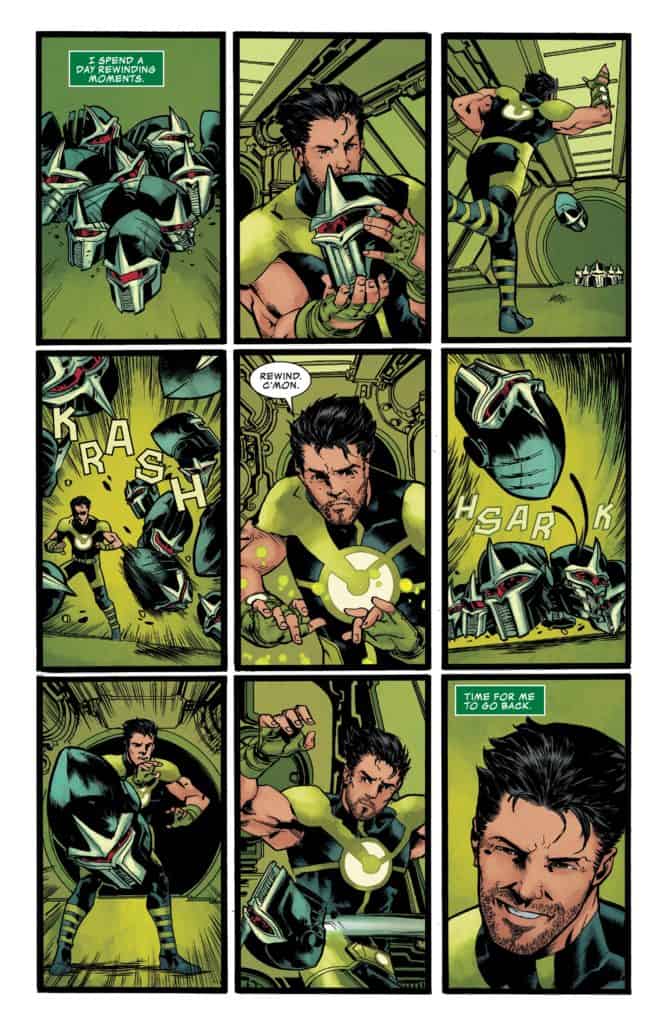 Having gained the confidence to manipulate time, Hector restarts the timestream, and mayhem re-ensues. Who is left standing? Who gets winds up with the Time Stone, and who gets the shaft? Read and see!

And there you have it: the end of Wolverine: Infinity Watch, a series that tried to tell story that no one asked for in the least eloquent, most haphazard way possible, with an entire cast of Endgame‘s worth of characters thrown in for good measure. Who won? Who lived? Who died? Who cares? Ultimately, not readers, that’s for sure.

For issue five, after treating Hector like a glorified chess piece for the entire rest of this series (with as much personality to boot), writer Gerry Duggan decides that it’s suddenly time to make him the lead character (including a cheesy voiceover, which ultimately contributes nothing because the character has nothing to say), shuffling everyone else (including the title character) off to the background for the majority of the issue. Wolverine, Loki, Bats the Ghost Dog, Talonar, Talonar’s, uh, mom… all just shunted aside like they don’t matter. And really, they don’t matter to this story. Everyone, Logan included, is just set dressing in an attempt at a madcap caper that ultimately becomes meaningless by the end. This series was supposed to tell the story as to how Logan came into possession of the Time Stone back in Marvel Legacy, but then as it concludes, Hector just up and vanishes with it instead. Wha? If not to tell us how Logan came into possession of the Time Gem, then I stress again: What. Was. The. Point?

This series has been a complete debacle from the get-go. Andy MacDonald’s art is about as hum-drum as it can be, and even though Jordie Bellaire’s coloring is as strong as usual, it’s not like she’s been given much quality story to work with (consequently, I hope she got paid very well for this gig). For a story that could have been a fun cosmic romp with Wolverine out of his element, what we sound up with is a hodge-podge of mismatched characters, half-baked ideas, unfunny jokes, and a whole lot of (ironically) wasted time.

Wolverine: Infinity Watch has been bad from the start, and issue five is no exception. Duggan's execution has been completely wrong, the characters are thrown together for the heck of it, and the story ultimately proves to be completely meaningless. I cannot possibly recommend readers spend their hard-earned money on this nonsense.

Wolverine: Infinity Watch #5 (of 5): All the Time in the World