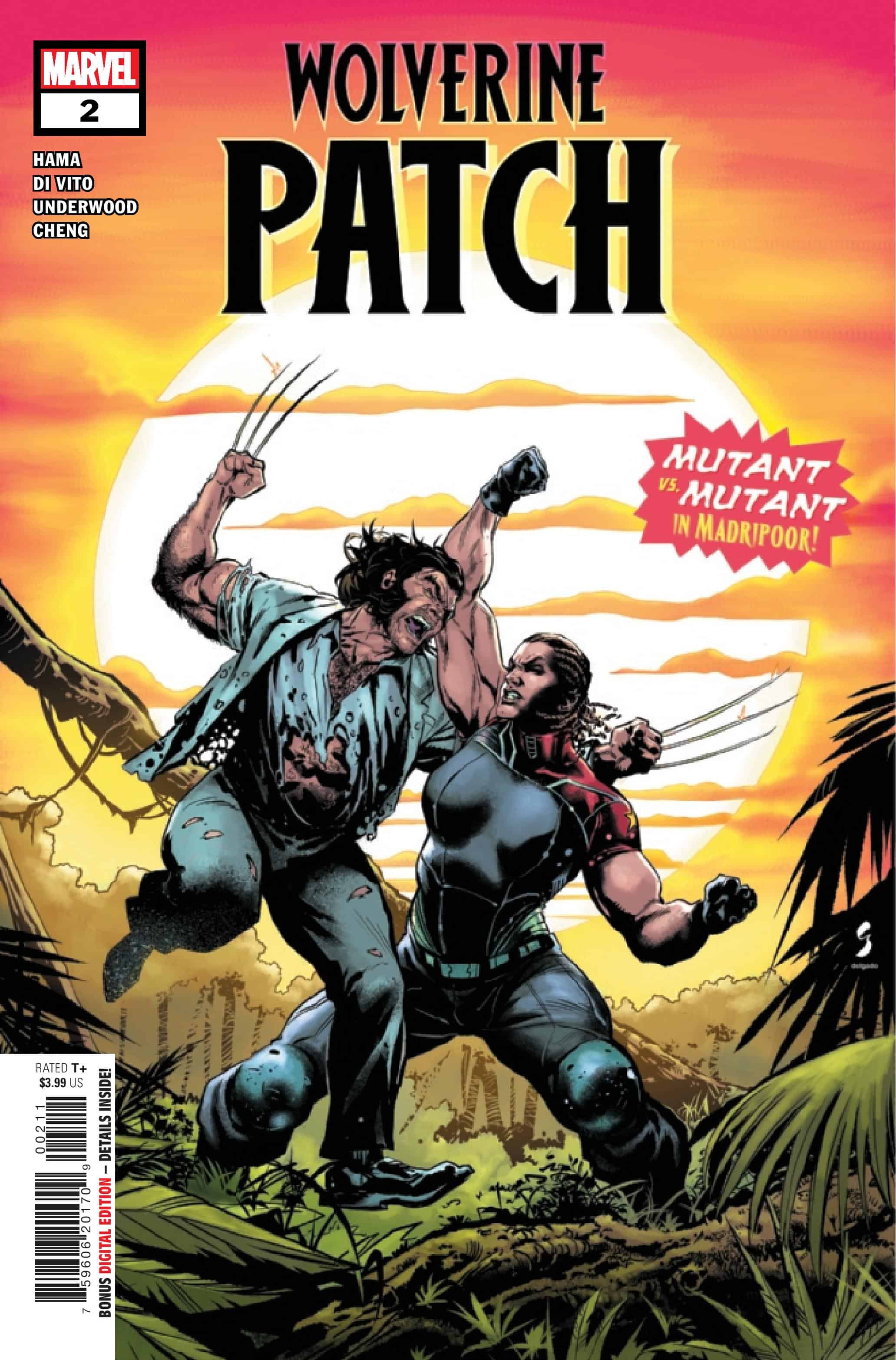 What began as simple recon lands PATCH in the midst of a war on multiple fronts! Between fighting mutants, the Yakuza, General Coy's mercenaries, S.H.I.E.L.D Patch is wishing he had stayed at the Princess Bar! Who is KRASNY BETH, and how does she figure into the plans of both GENERAL COY and DR. MALHEUR and what the hell do the KGB want??

One thing I do enjoy about Logan as a character is that he rarely catches a break. With Logan when it rains it pours and that’s exactly what Hama does here. He pours the punishment onto Logan, fresh from his fight last issue with newly revealed mutants, Hama brings the trouble for Logan on all sides, he gets shot with poison arrows, riddled with bullets and really just hammered as he makes his way through the steaming hot Jungle. Hama doesn’t hold back on the violence as Logan dishes back what he gets and fans who like seeing Logan hack and slash way through heavies will love this book. HUGE shout out to Hama for no violence against animals in this though. I enjoy the fact that as tough as Hama’s Logan is, he isn’t superman, the punishment takes a toll and Logan needs time to recover which humanizes Logan and works much better than when he’s totally unstoppable. 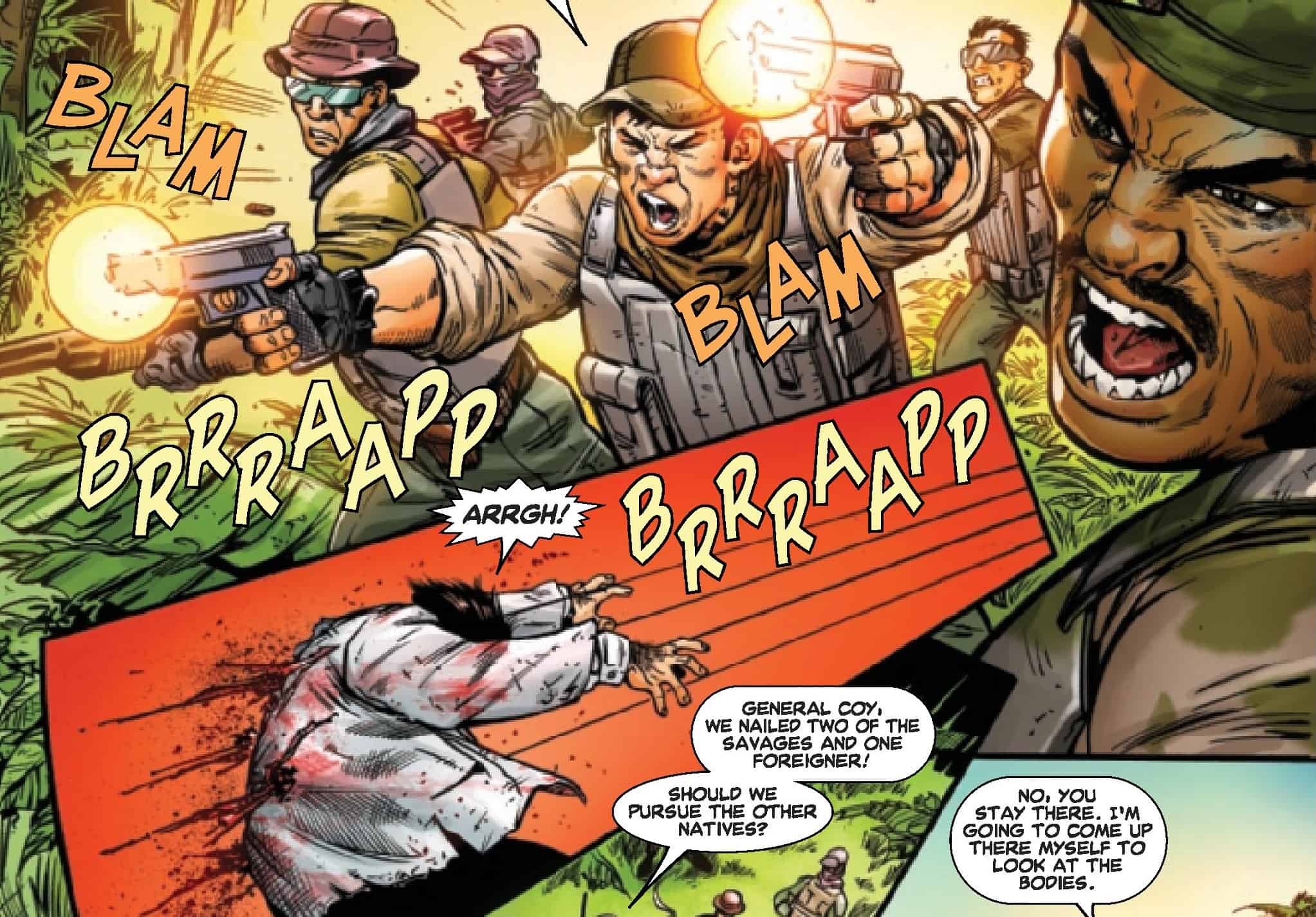 Hama doesn’t forget to give us an exciting yarn too and I won’t lie what he does with the revealed Russian mutants in the story is definitely not what I thought he was going to do which is an additional plot point that helps set up and delineate things going forward in a really cool and interesting way. I mean full disclosure I changed the recap because it along with the cover for this issue (a very cool face off cover courtesy of Geoff Shaw and Edgar Delgado) are complete red herrings (another classic comic tradition I’m rather fond of but one we rarely still see) as the story around them goes in a completely different direction. On top of this S.H.I.E.L.D and the KGB is in the mix too. Hama keeps it moving swiftly along from a pacing point of view, this issue is pitch perfect in my opinion right down to the surprise appearance of a certain someone at the end. 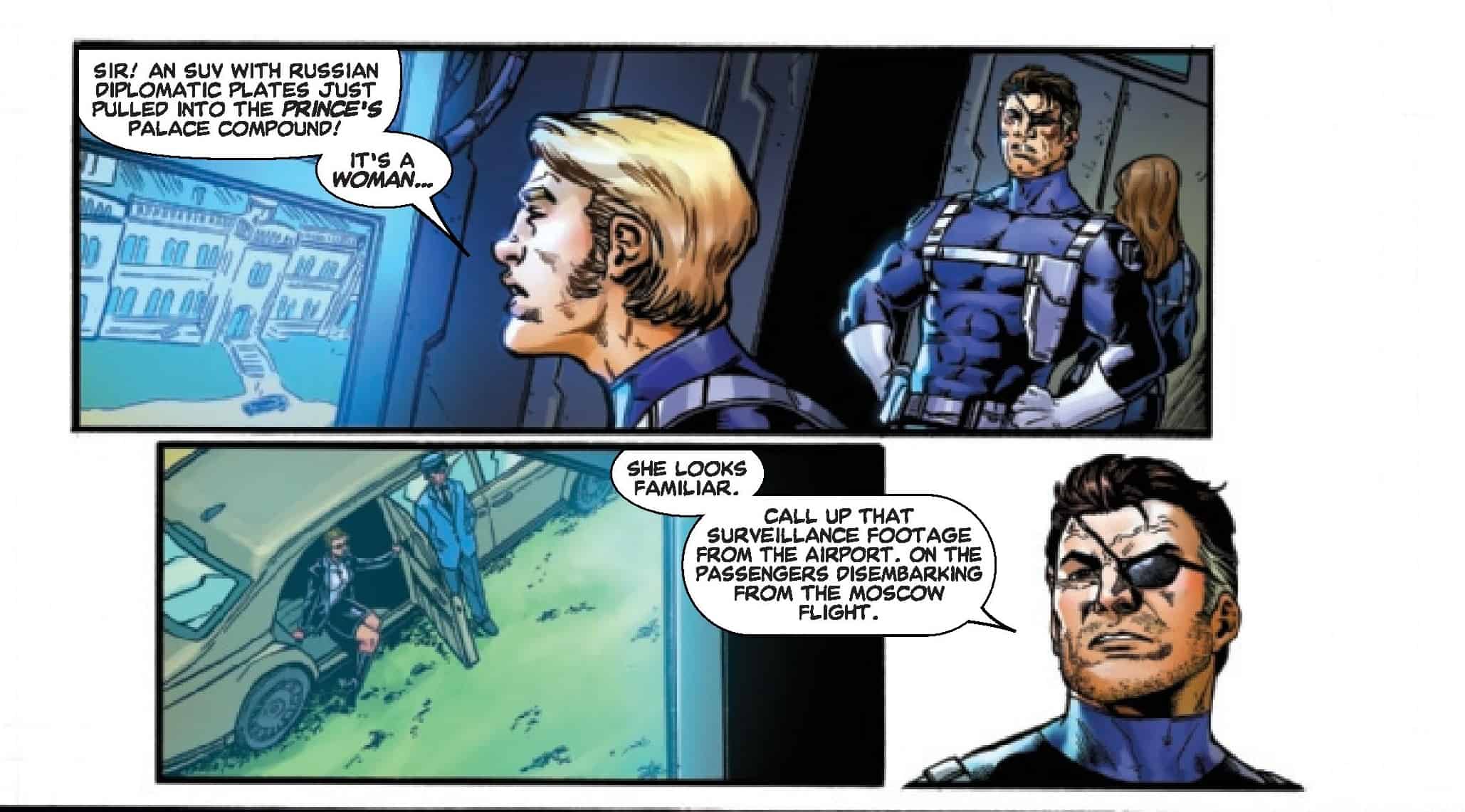 Andrea Di Vito and Le Beau Underwood on inks continue to deliver on art. Logan is a marvelously hairy ( it’s important!) sturdy, dirty, blood spattered and dangerous figure in the hot jungle. There are fantastic, violent action splashes of Logan spread out through the book colored by Sebastian Cheng. Some great paneling in the action scenes from Di Vito make the violent moments wonderfully dynamic. The whole book is well constructed, I mean even the sideburns on the characters are cool (it’s a weird observation I know, but I noticed it so its worth mentioning) as every character from background to part players to main characters feels drawn with care and distinction. Solid Pencils with strong inking and an excellent use of color from Di Vito, Underwood and Cheng combined with the masterful, sound effect lettering of Clayton Cowles combine with Hama’s engaging script for a comic that is rock solid and pitch perfect Logan from start to finish!

WOLVERINE: PATCH #2 is a master class from every aspect in how to tell a classic style Logan story. It has everything a fan of the characters exploits could want to see: pace, violence, a intriguing twist and beautiful art on every front. It's a comic every fan of Logan read.