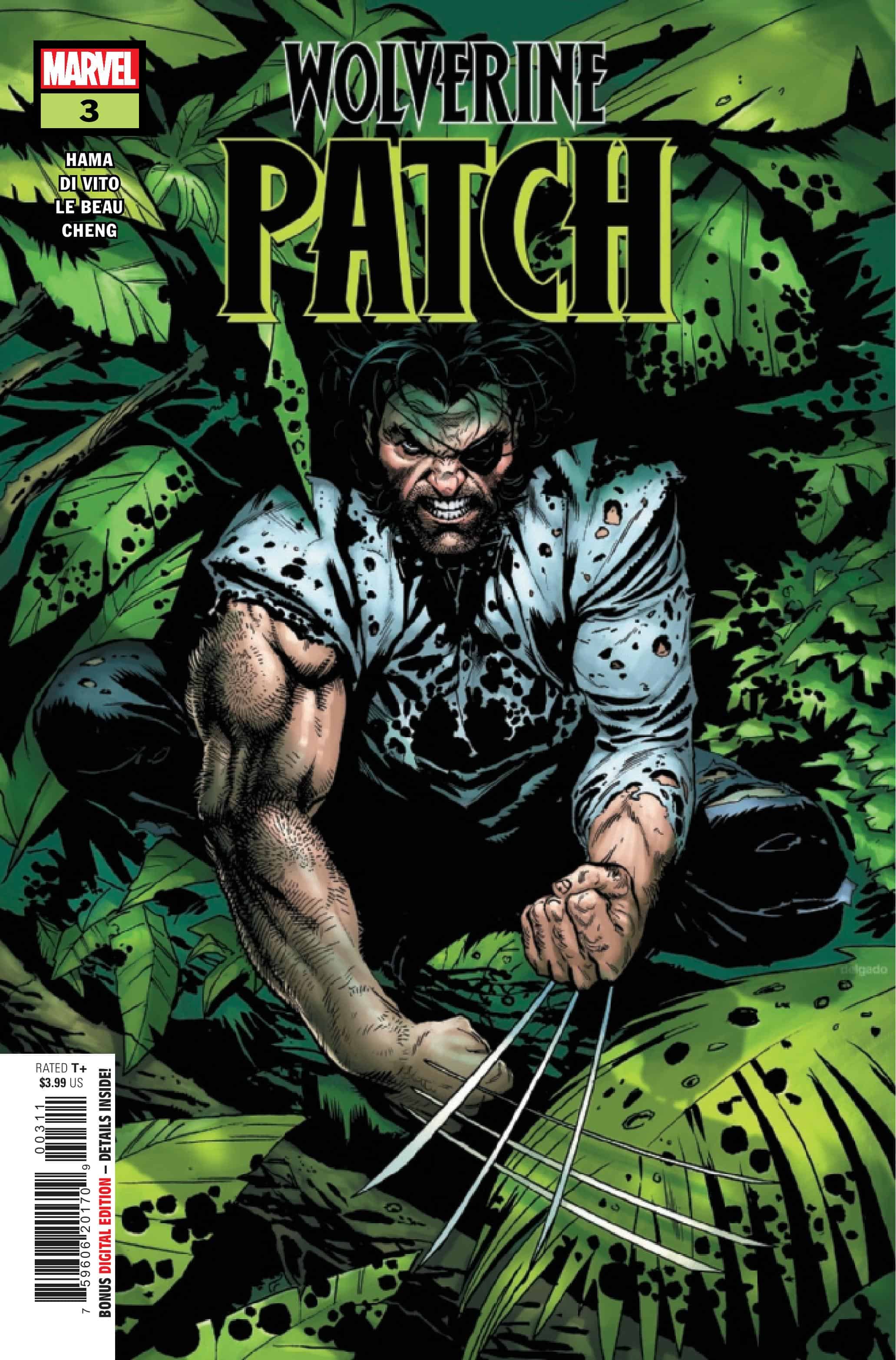 THE BATTLE HEATS UP IN THE JUNGLES OF MADRIPOOR! PATCH is caught between the KRASNYS, GENERAL COY’S forces, Russian paramilitary forces and S.H.I.E.L.D.! But only one is the Best There Is At What He Does…and what he does isn’t very nice! Good thing warfare ain’t a nice business…Featuring — a totally surreal visit from JEAN GREY!

Hama uses issue three through a series of flashbacks and character dialogue to carefully lay out everyone’s motivations and to explain and flesh out the history of the Russian mutants on the run from the KGB and the allied forces of the prince and General Coy. Hama also takes the time to explain S.H.I.E.LD.S involvement in the whole drama as well. Hama intersperses this with some more heavy violence from old canucklehead and a really trippy dream sequence involving a certain red head he’s always rather fancied and the early dark days of weapon x. Hama keeps true to the canon of the era. Jean may be linked to him but she has not reciprocated Logan’s feelings and there’s also some of that over the top comic book nonsense explaining Jeans presence in this state of affairs.

The amount of exposition Hama puts in is admirable as he fleshes out almost every single main character and position in the issue especially the Russian mutants as he makes them sympathetic and interesting even going so far as to make the young child Alef gender non conforming with a simple correction to Logan from the child’s father when Logan uses the wrong language to describe young Alef. It’s a moment handled deftly in a matter of fact way so as to simply fit as part of the characters story without the hullabaloo of making a big deal out of it. By the end of the drama of the issue it becomes clear that their is an even bigger confrontation coming as Logan and his allies slip away with the help of the indigenous local people with the heavies in hot pursuit as Fury prepares to intervene. 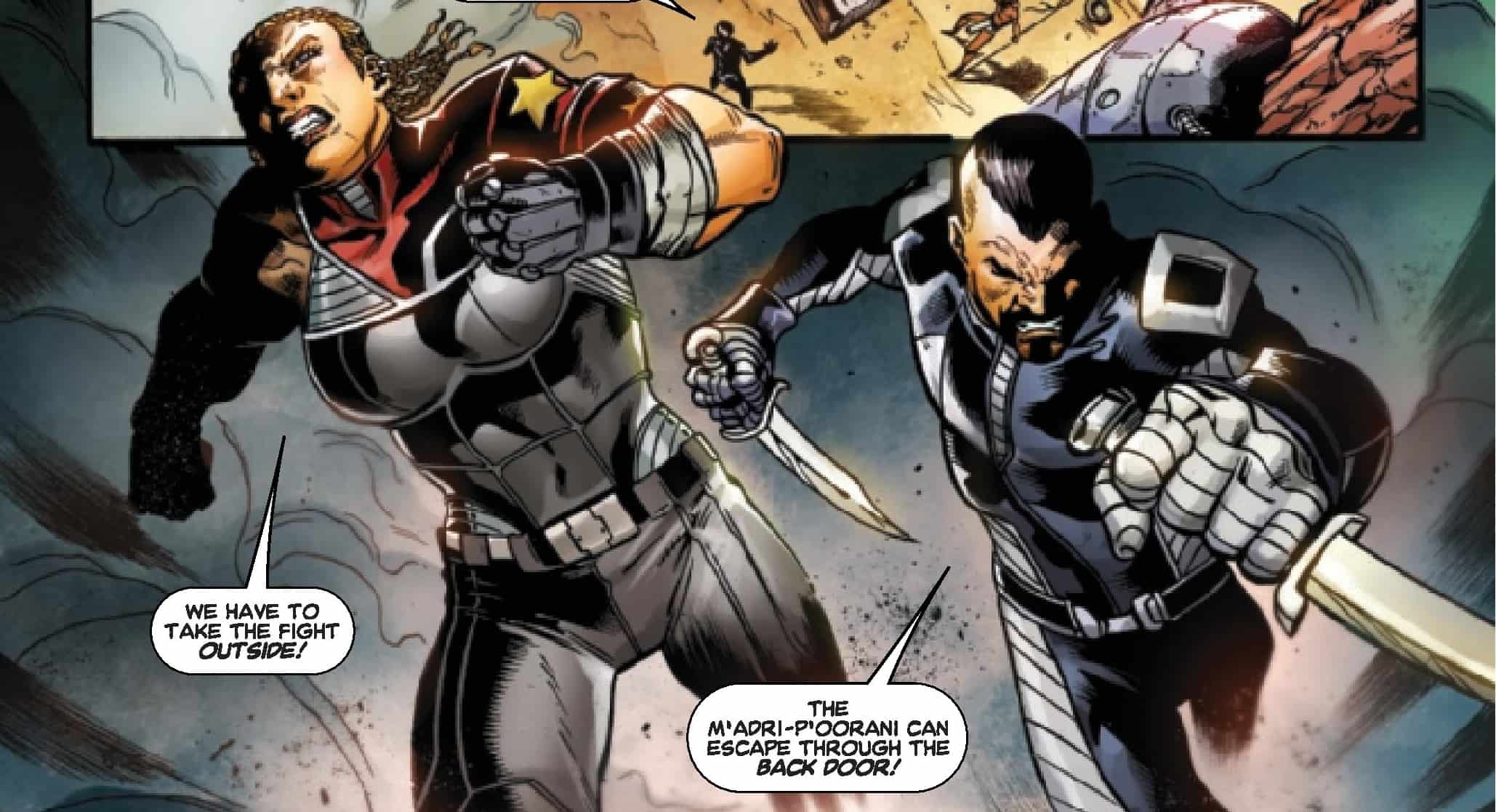 Once again rock solid art from everyone on the art team. Andrea Di Vito and Lebeau Underwood do a fantastic job on everything once again especially when it comes to Logan himself, complimented by excellent coloring by Sebastian Cheng. In the dream sequence specifically they change Logan’s look to homage how Barry Windsor Smith drew him in his iconic Weapon X story which is a great touch. Every single panel is laid out crystal clear and their isn’t a single image that doesn’t feel like it got the entire art teams full attention. Every character is marvelously individualized although ghostly Jean may be the exception here. She’s a little generic but in the grand scheme of how she features that’s a teeny tiny complaint for an issue and series that continues to deliver stellar art and action from Hama’s detail heavy script on all fronts!

WOLVERINE: PATCH #3 continues to demonstrate Larry Hama's ability to spin a marvelously detailed action yarn with a great balance of the plausible and good old fashioned comic book nonsense that pays homage to the history of the character while giving us something new  yet very comfortable and familiar in terms of a story about ol' canucklehead. Hama's script is superbly supported by an art team that pours 100 percent into every single line of every single page.