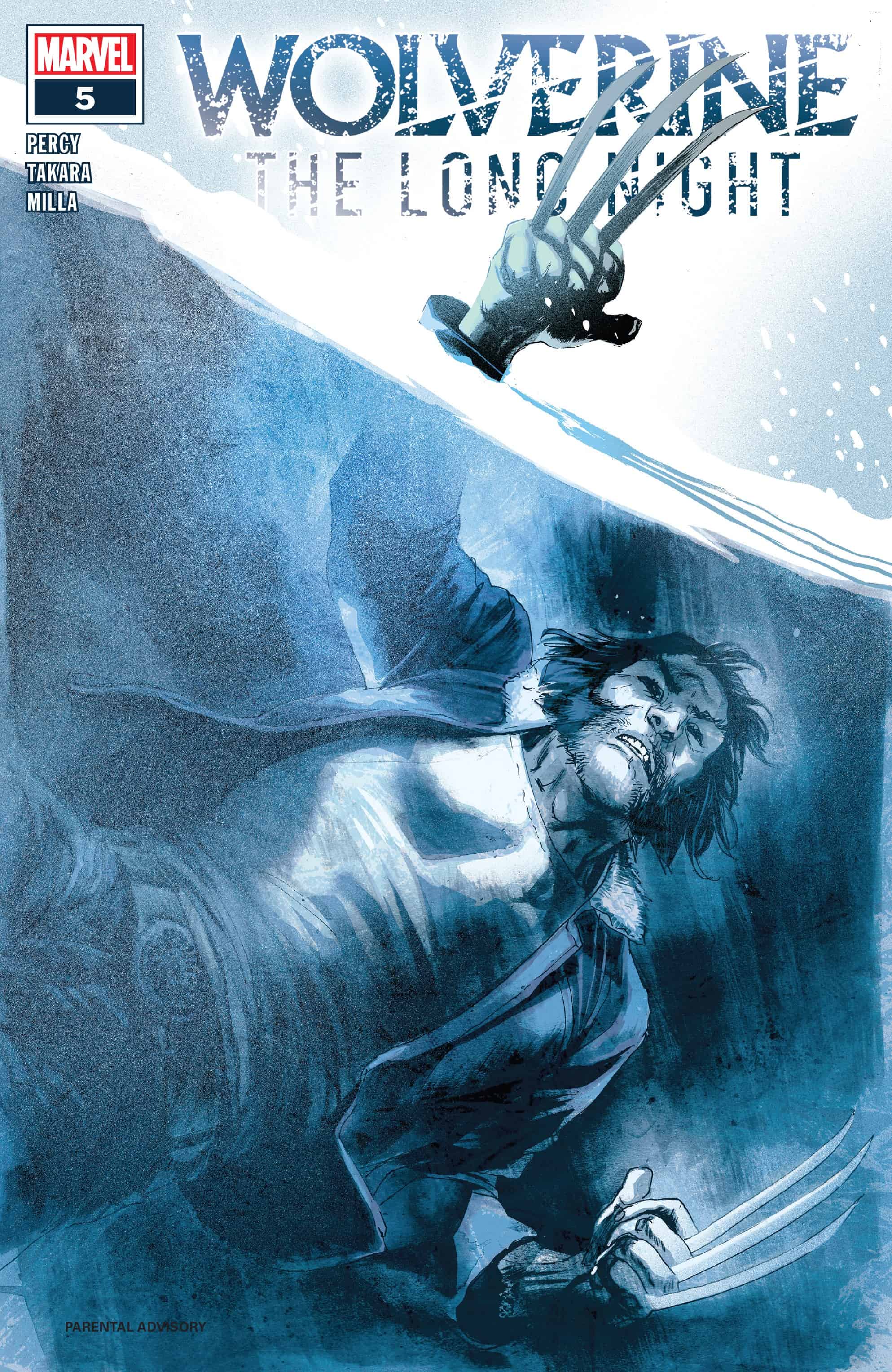 Burns, Alaska: Where everyone is a suspect of the recent rash of killings! But definitely not local big man Brent Langrock... 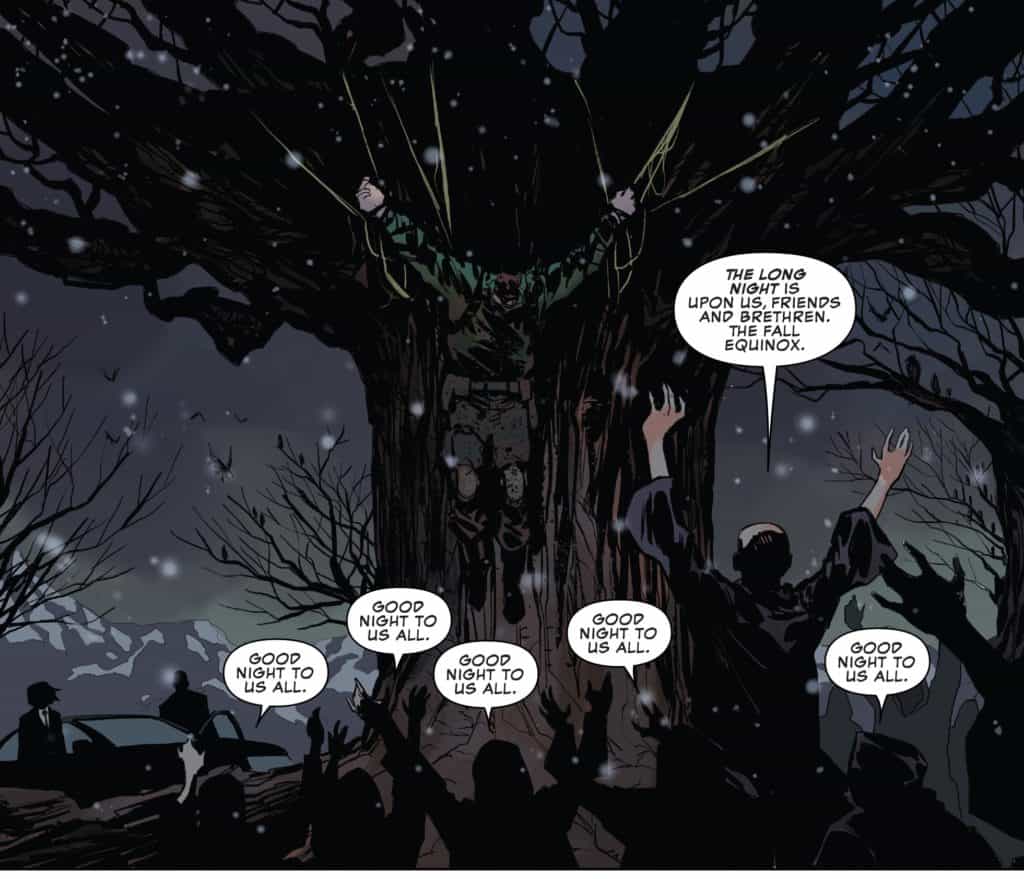 Nor the wacky Aurora Cult. 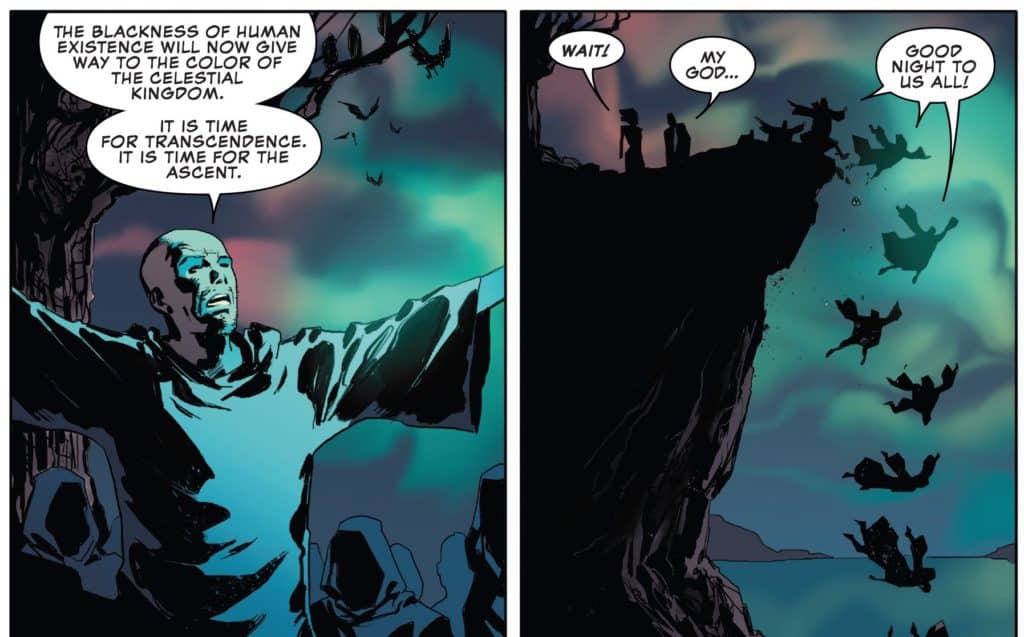 Heck, it's not even incompetent aw-shucks local cop Bobby, who was working with the sheriff to cover up the murders, but was actually savvy enough to relay info to the Feds as well. 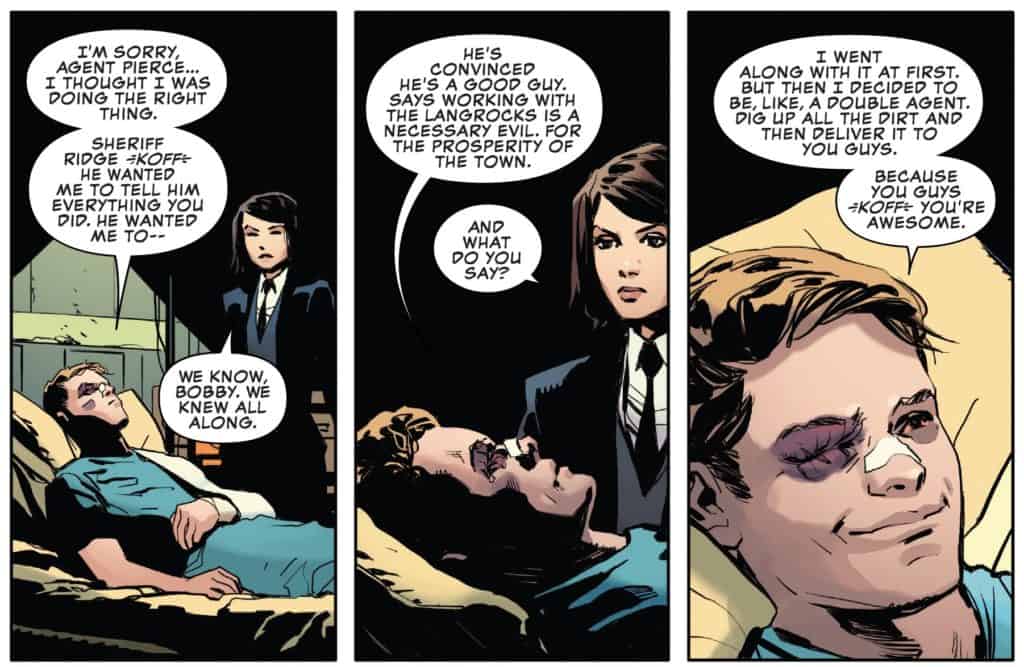 But a gruesome discover at the local taxidermist opens the door to a whole new possibility! 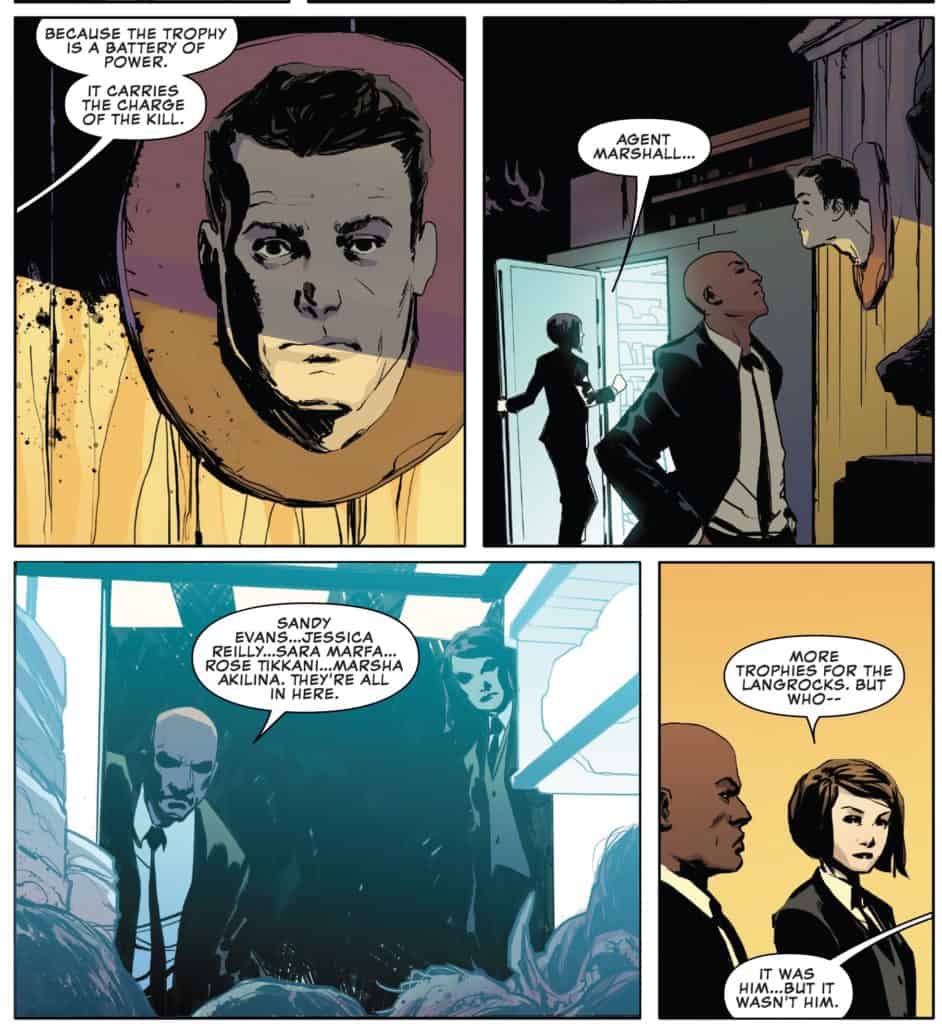 Why, it was creepy "other Langrock son" Hudson the whole time! And he's a Wendigo! 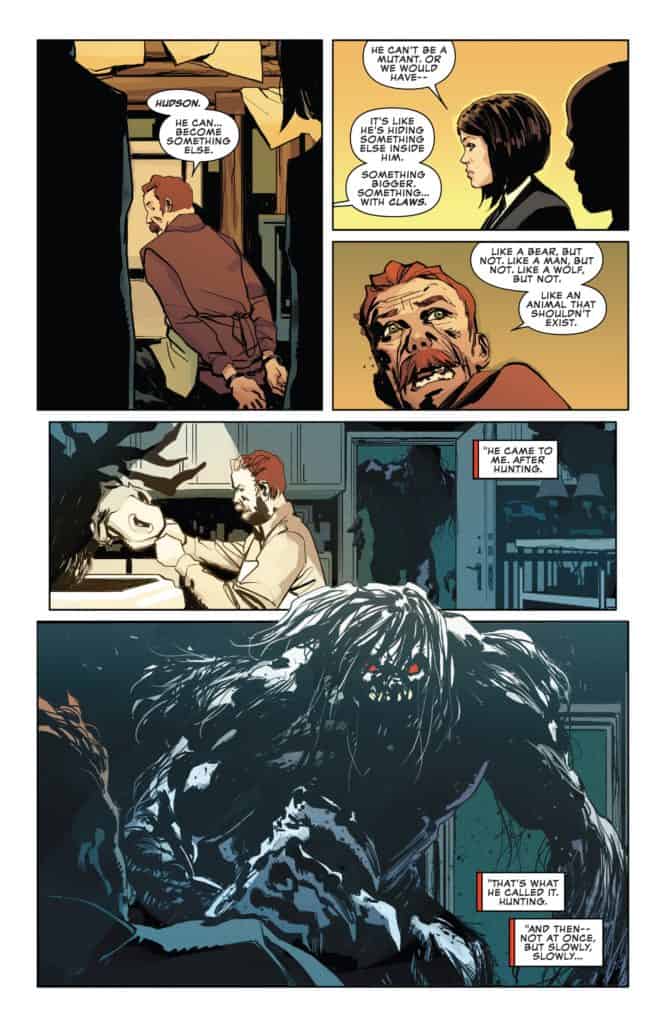 With the killer finally revealed, the stage is set for one last showdown between Wolverine and him!

But even after the dust settles, there's one last twist to this tale!

At long last, Benjamin Percy’s adaptation of his own podcast Wolverine: The Long Night comes to an end. And what an end it is… sort of. The killer’s ID was relatively easy to guess once the character was introduced and then shuffled back into the shadows, although him being a Wendigo was an unforeseen twist that neatly set this story more firmly in the bigger Marvel universe.

But from the get-go, this story has felt overstuffed with subplot, and as it wraps up, none of this goes away. The Aurora Cult and the Kirby-esque Strawberry Kids in the woods were just red herrings, and in truth, only served to bog the story down. It’s one thing to want your story to have a certain level of opacity to it, but another to throw everything plus the kitchen sink in to increasingly diminishing returns.

The revelation of Hudson Langrock as the killer was pretty clearly telegraphed in his earliest appearances, and having him revealed as a Wendigo gave him more gravitas as an antagonist for Logan. (Although it was never addressed that the curse of the Wendigo is only bestowed upon cannibals, which means at some point Hudson ate a dude.) So, a little bit too much plot, a bit overstuffed, but an ending I can live with.

But then there’s the epilogue.

There’s a moment in Minority Report where Tom Cruise’s character is being lowered into a pod, defeated, a cold and nihilistic ending that on the one hand shows you can’t beat the system, but on the other makes for perfect symmetrical storytelling. Then, instead of the movie ending, director Spielberg tacks on another fifteen minutes of story, turning everything on its head and sonuva gun, everything you knew was wrong! That’s EXACTLY what the nonsensical epilogue tacked onto this story does, only to even less effect. I’d go into details, but it’s almost better to be read for itself. It’s utterly insane, has nothing to do with the story, but rather is a lame attempt to pump about three more levels of plot into a story that was already overstuffed. It’s not enough to kill the whole endeavor, but she sheer lack of necessity of it is both eye-rolling and galling.

Wolverine: The Long Night can't quite stick the landing, choosing instead to layer on multiple plot twists at the eleventh hour and winds up with an overstuffed, leaden ending.