WOLVERINE VS. BLADE #1: Blades, Claws and Buckets of Blood 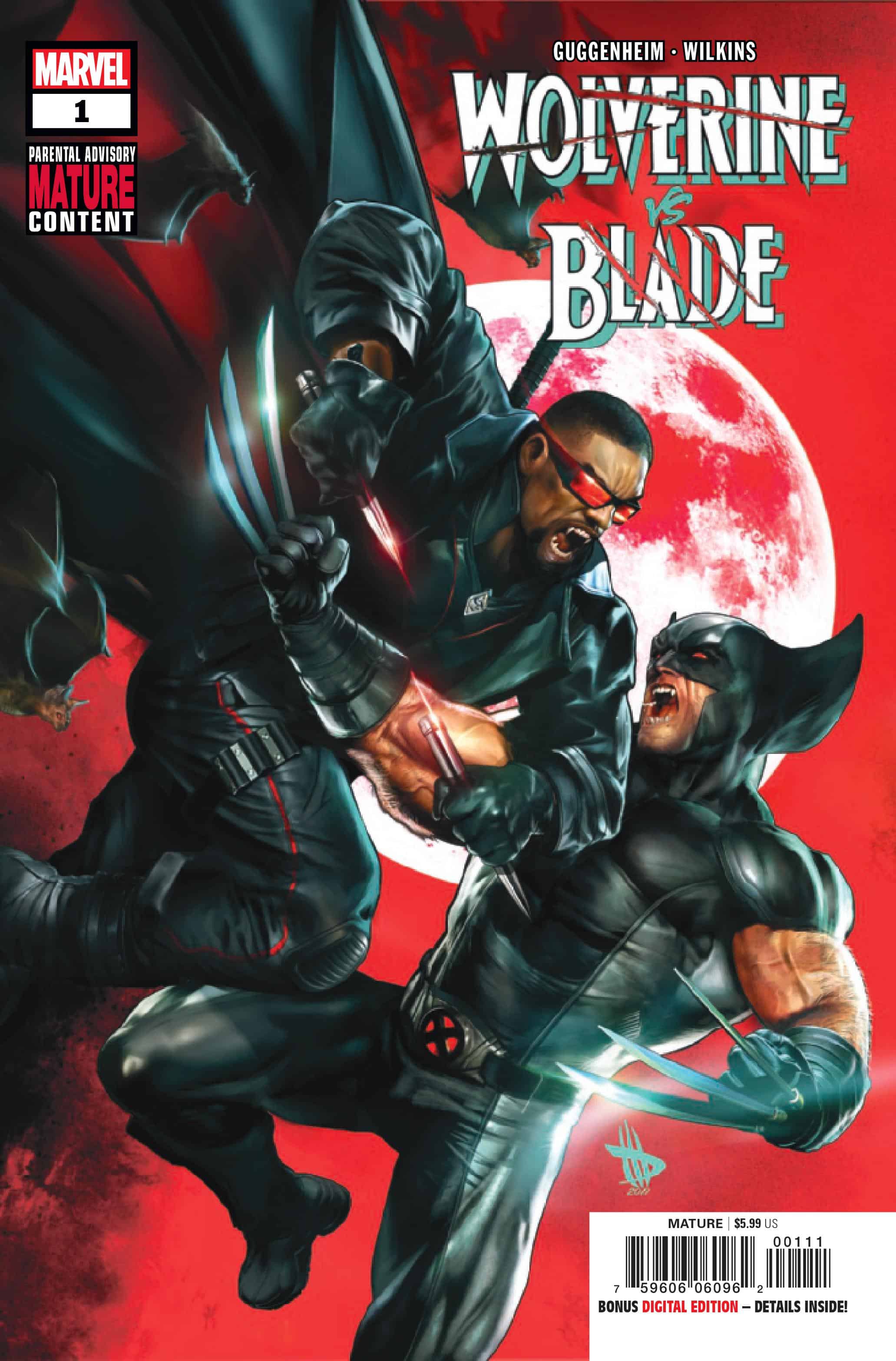 A chance meeting leads to a gory and blood filled team up as two of Marvel's meanest deal with a deadly new vampire threat that could spell doom for us all if they don't kill each other first!

I am a firm believer in not getting overhyped for comics because it’s very rare that a writer/artistic team up is going to yield the results that you may have built up in your head…I broke my own rule on this when I saw the preview art for this one-shot I almost immediately bought my ticket and jumped on the hype train faster than you could say lickety-split.

The story is set years ago seemingly during the Yost / Craig X-force era (based on Wolverines attire) and starts when Wolverine and Blade come together in Madripoor to destroy a religious sect of vampires called The Creed for different reasons. It then jumps six months forward and that’s where the story evolves from. Guggenheim keeps it straight forward using plot devices involving a mutant vampire messiah to draw Wolverine and Blade onto a collision course with each other while they both go in search of this messiah or Varkis that could unite the vampire tribes and threaten humanity. A case of misinterpretation sets up a confrontation between Logan and Blade with an enemy that wears a familiar face in the issues final scene. The writing is solid but there is nothing that stands out about it which is a pity given the art that accompanies it. PS if you are a fan of Louise Simonson and Rob Liefeld’s Dragoness well… 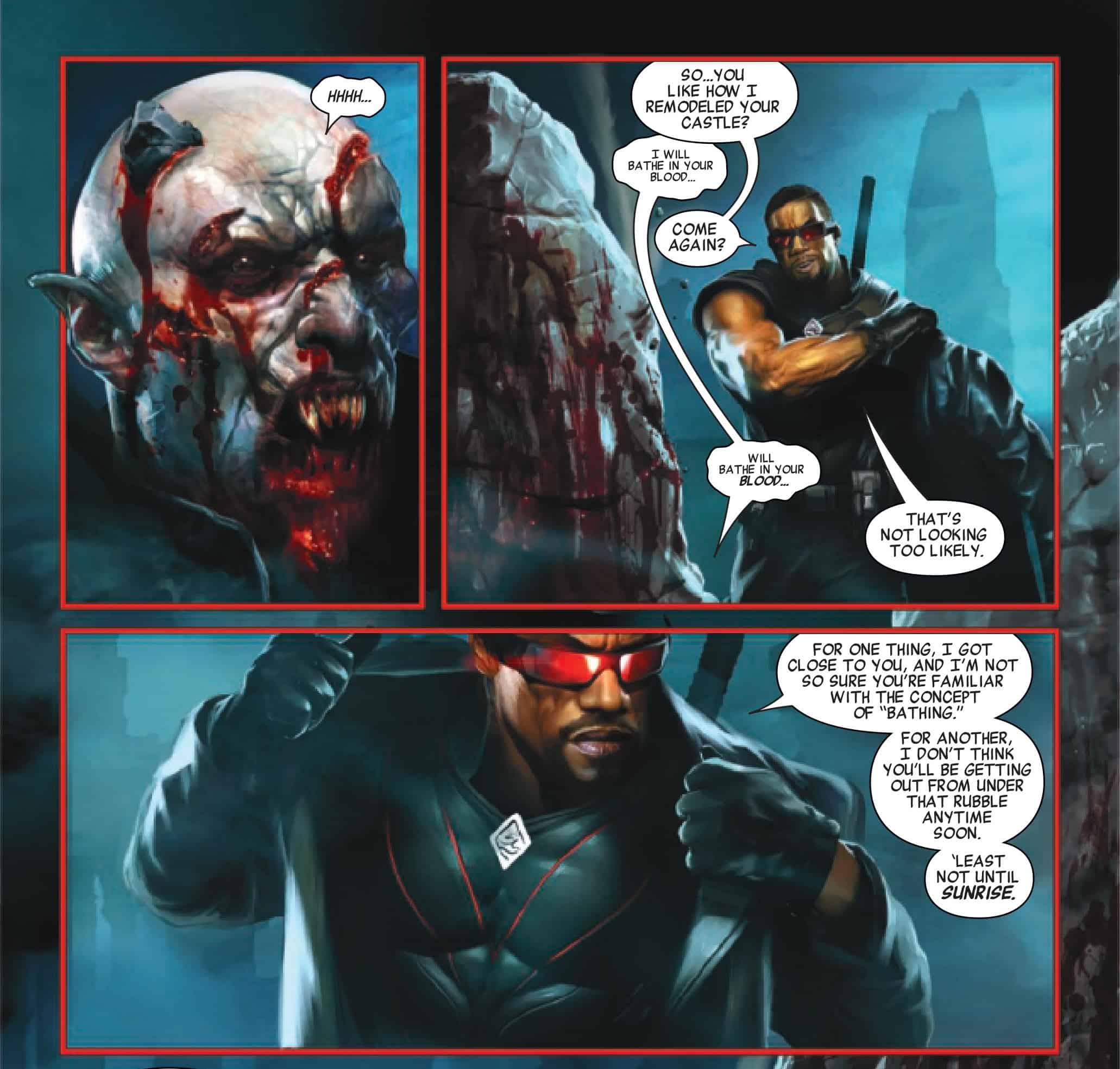 It’s jaw-droppingly visceral bloody action about two characters I love taking on the vampire menace in the bloodiest way possible, cracking wise and killing the undead in page after page of beautifully rendered art that’s done in a style by Dave Wilkins that turns the most basic of throwaway panels into a glamour shot. I really cannot fault the art in any major way and if I have any criticisms of Wilkins work they are minor. I thought Dr. Strange was drawn a little too buff and some of Wolverines poses were repetitive but these are really small gripes that ultimately have no impact on how I ultimately view the comic from an art point of view. 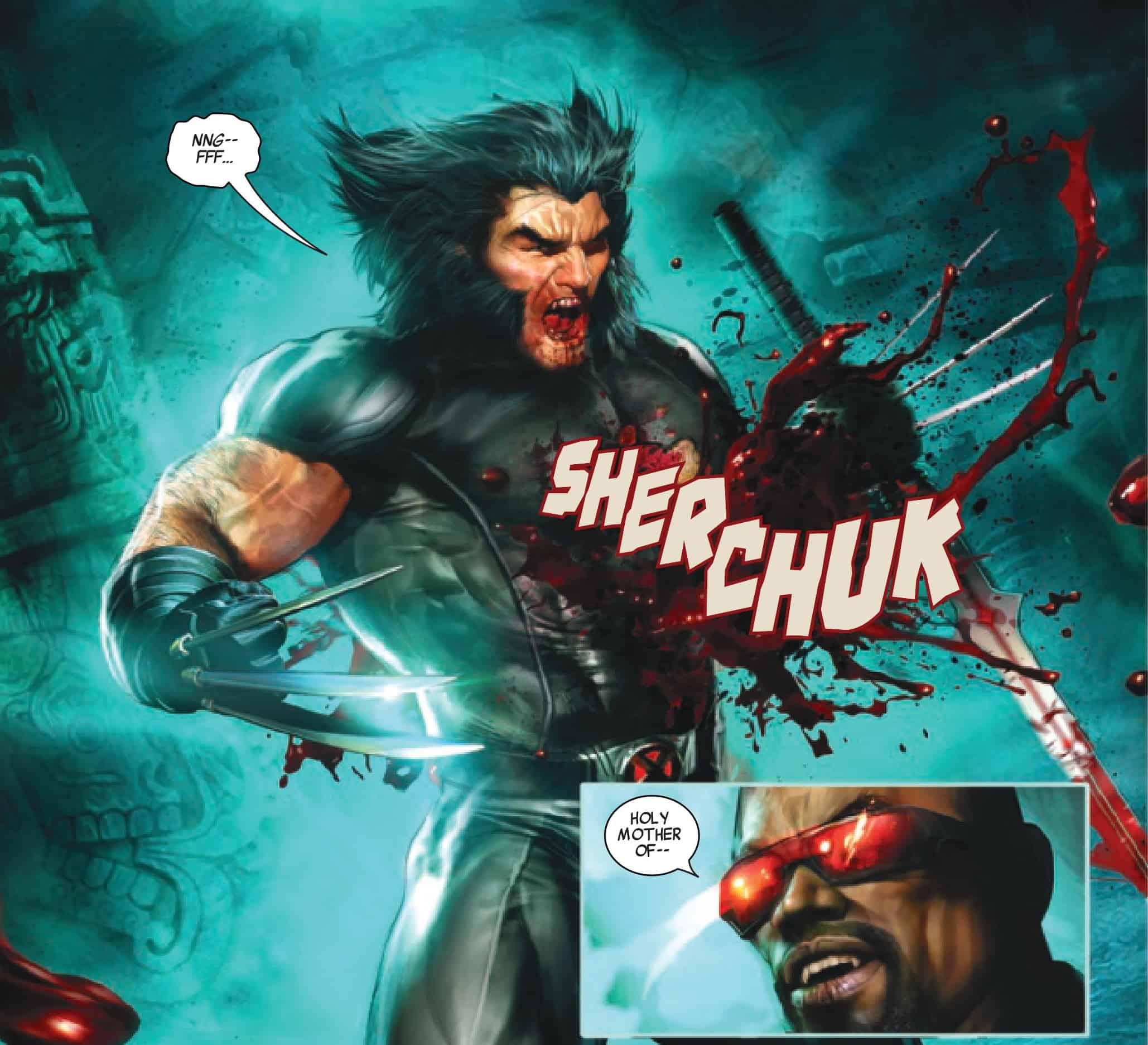 It’s a gory piece of action/horror with a rated for mature readers rating which it certainly earns in bloody and violent action as two of the Marvel Universes biggest bad boy characters cut a swathe through the vampire world. It’s a tough guy homage piece with all the tough guy machismo that comes with it. I won’t lie 15 year old me would be blown away by this comic, 44 year old me (I like to think) is a little more critical. 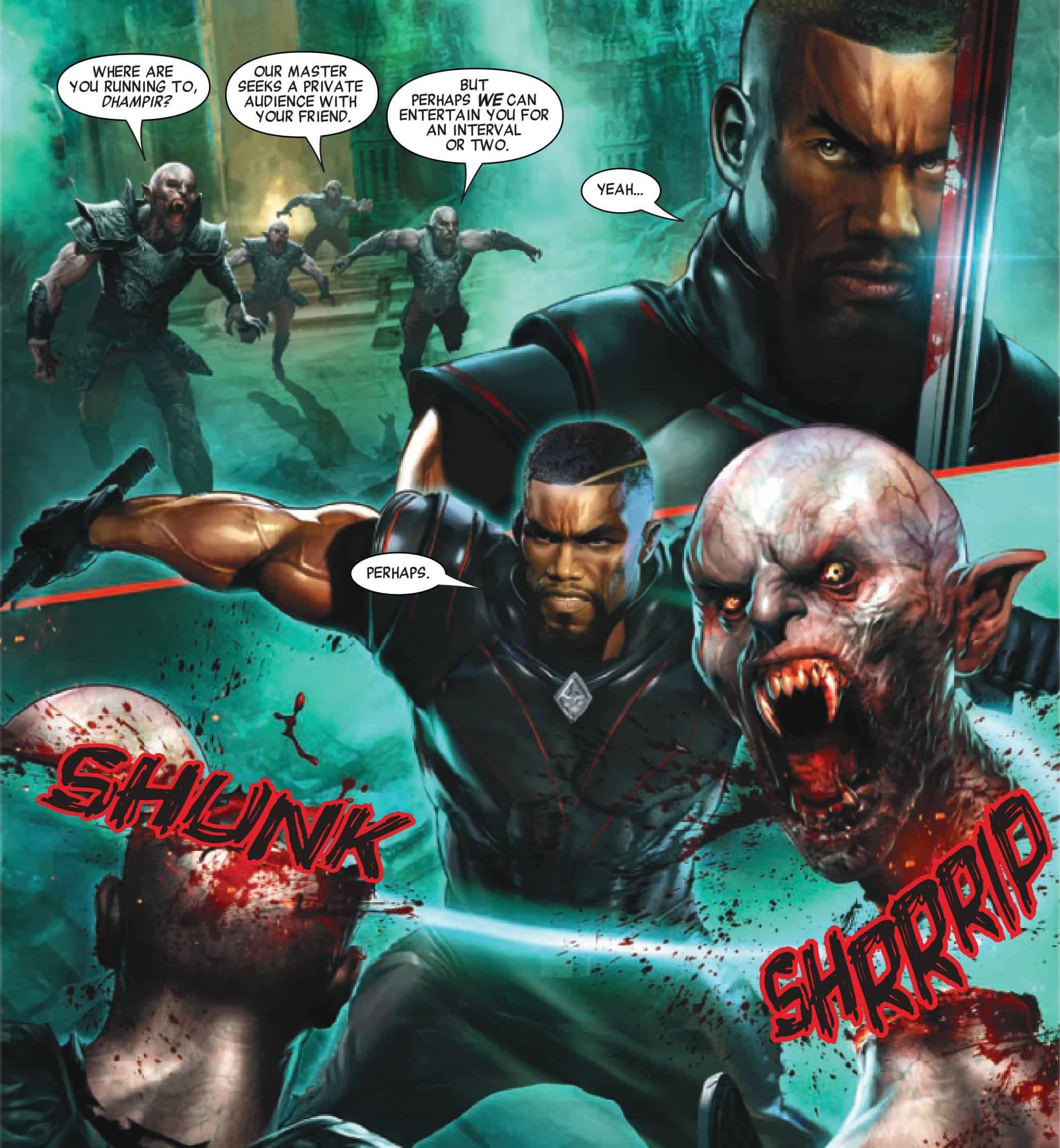 In all honesty, Wolverine vs Blade #1 reminds me of some of my favorite and beloved 90’s comics. It’s all form and beauty over any real substance and that doesn’t make the comic bad, but it doesn’t make it particularly good or particularly memorable from a storyline point of view either. While it certainly offers nothing in the way of an “Oh Wow” moment writing wise it is a beautifully drawn and colored piece of distraction that I will go back and read again because the sum is greater than its individual parts.

A basic piece of writing accompanied by eye-popping art make this one-shot a mixed bag of what is ultimately a throwaway piece of entertainment that people will probably read again for the art.

WOLVERINE VS. BLADE #1: Blades, Claws and Buckets of Blood