Wonder Girl #1: Make a Hawk a Dove, Stop a War with Love 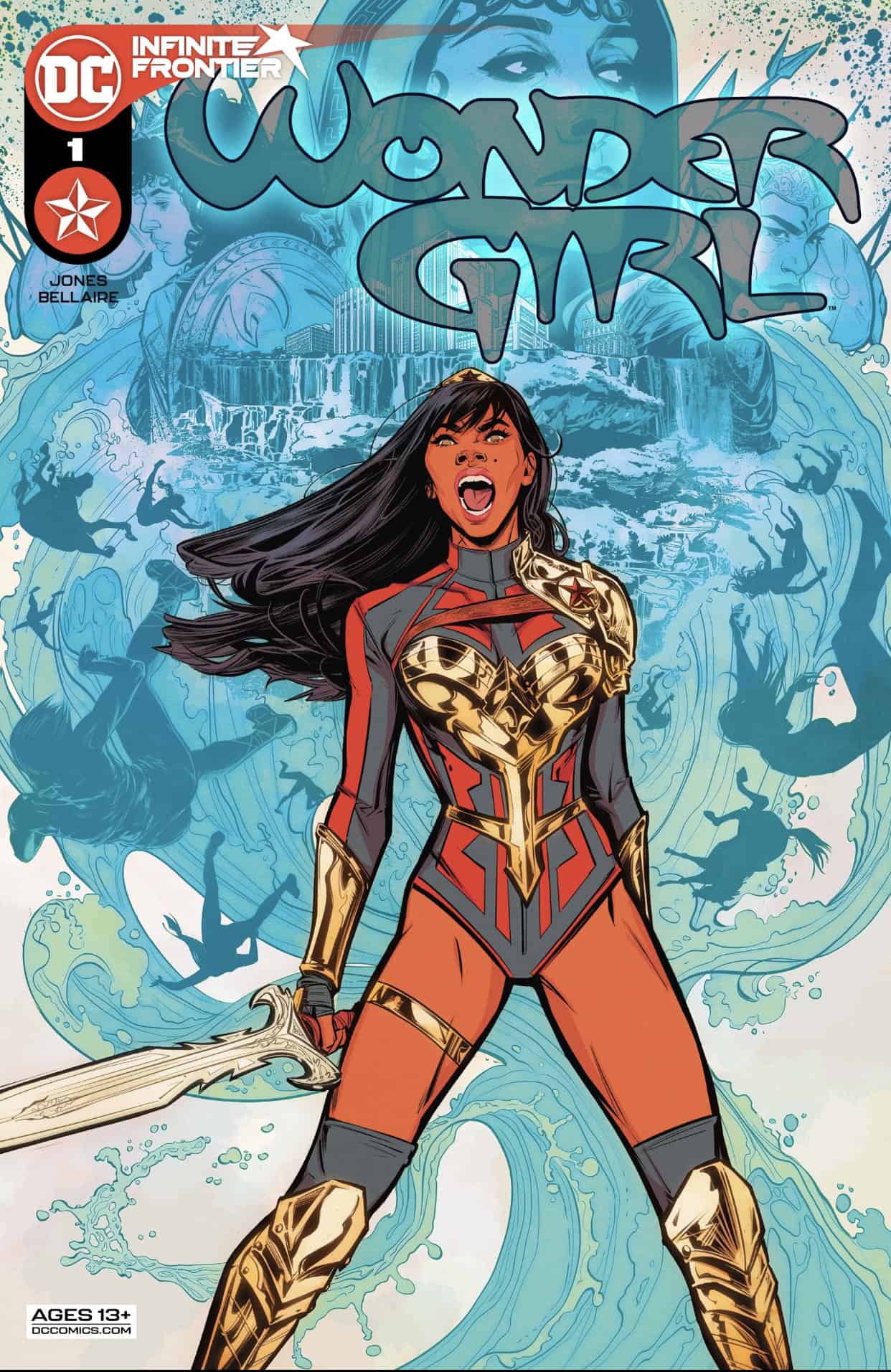 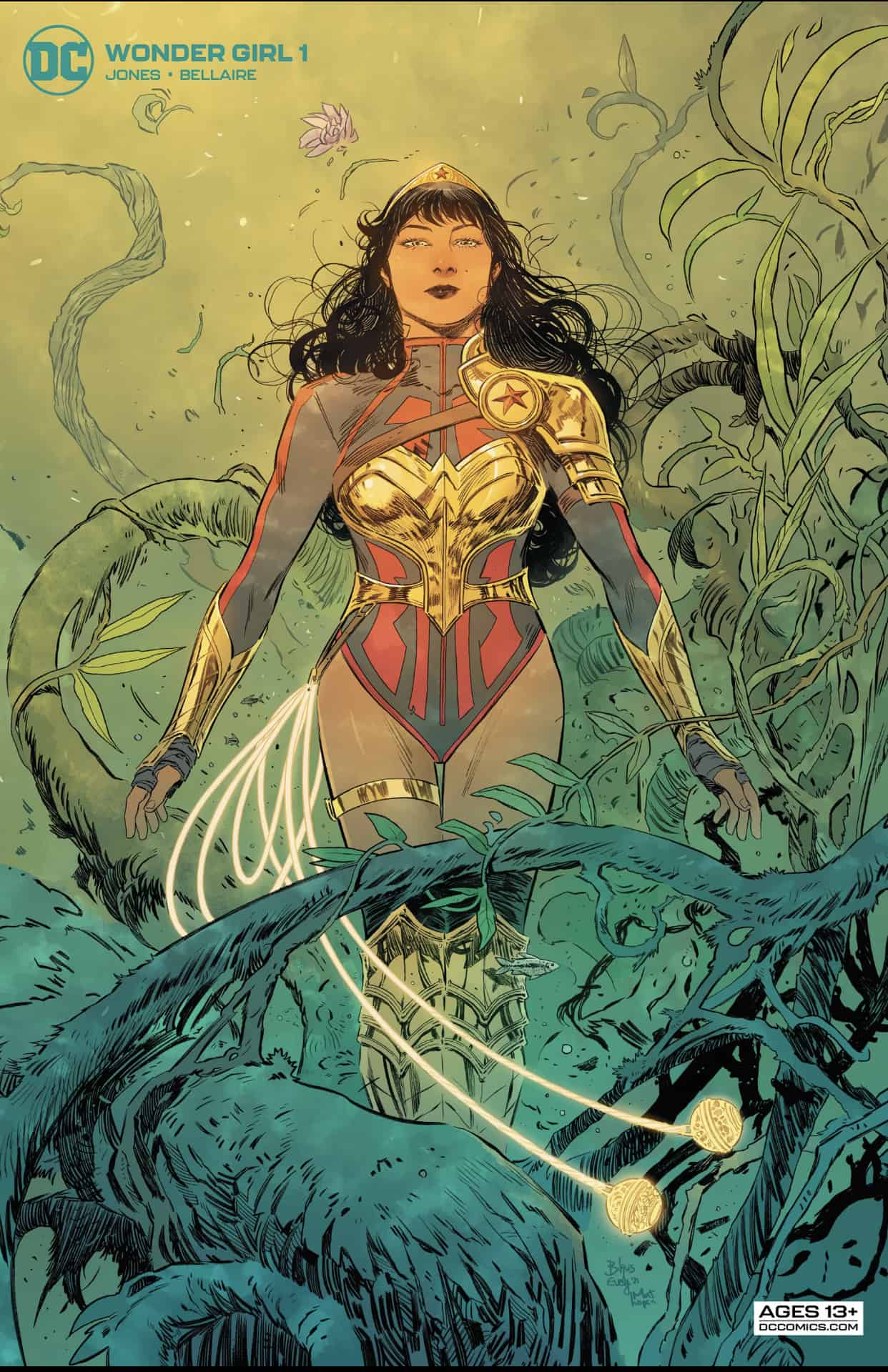 Hot off their best selling two parter, Future State: Wonder Woman, Joëlle Jones and Jordie Bellaire reunite to give us Yara Floa’s introduction to the world, and the team is set to take us along on her journey of self discovery. This art in this issue is absolutely breathtaking. I’ve been a fan of Jones’s art for quite some time, and her craft just keeps getting better with every new project she’s on. Coupled with Bellaire, these two talented women could take on anything and you’d be compelled to pick it up. 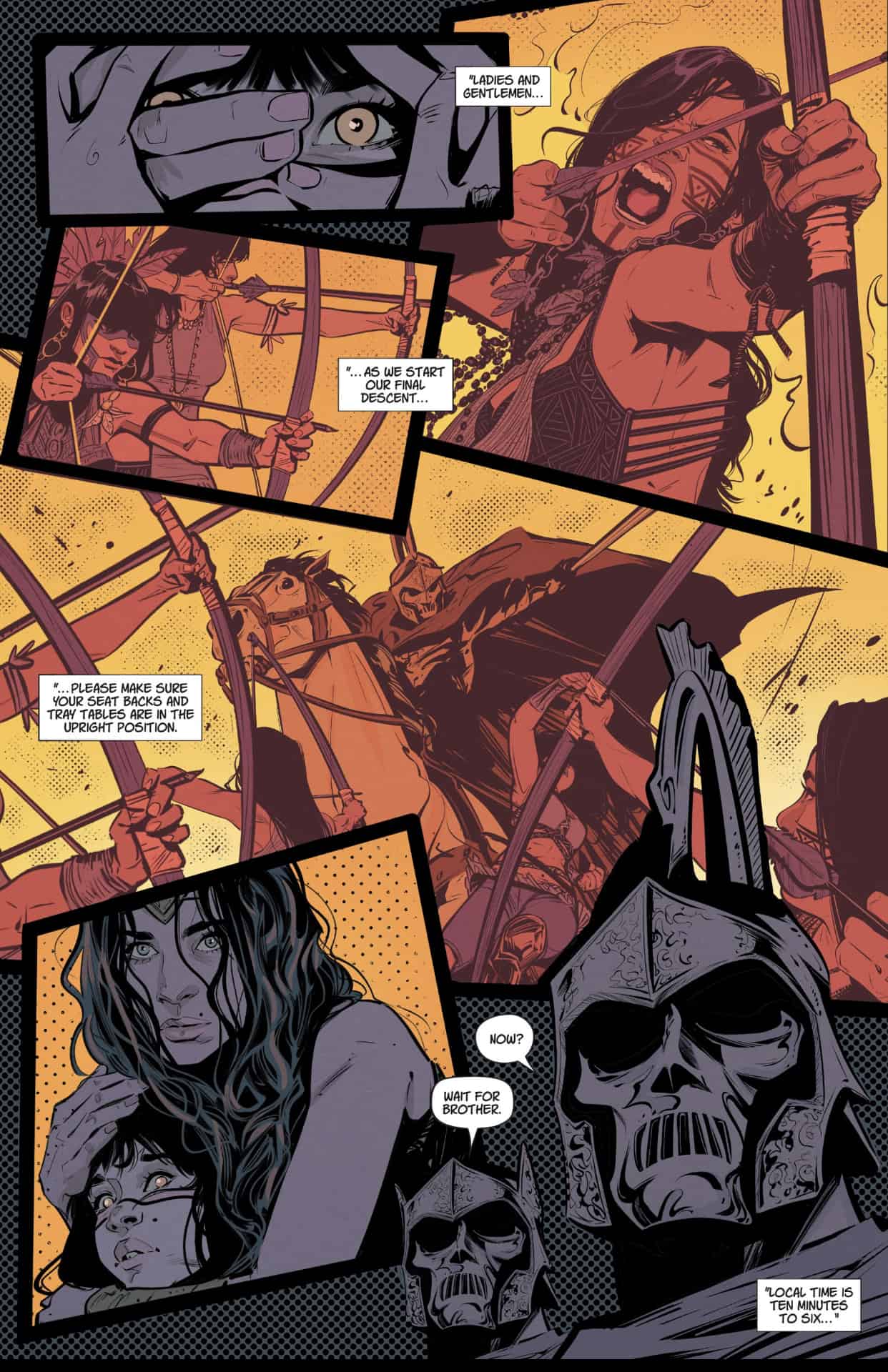 This tale is primarily about Yara returning to Brazil trying to discover her roots after having been raised by her aunt here in the US after her mother’s brutal murder by what appears to be unnamed gods. It’s not made clear which pantheon these gods come from, but guesses can be made. Jones characterization for Yara is a bit lacking this first issue, which could seem frustrating if you didn’t read her Future State issues. She does introduce a potential supporting cast member who seems very interesting, but there’s not a lot of focus given to any particular character in this issue.

The majority of the issue just sets up the questions toward what we can expect in this arc. Who are the gods who beheaded her mother? What is Hera’s role with her creation? How is Hera alive again? Why do the Amazons from Themyscira and Bana Mighdall want to have control of her? I do wonder how much influence the Greek pantheon will have on this book, and how much the gods of the indigenous peoples will. I hope the team won’t go the lazy route with the opportunity they’re given here. 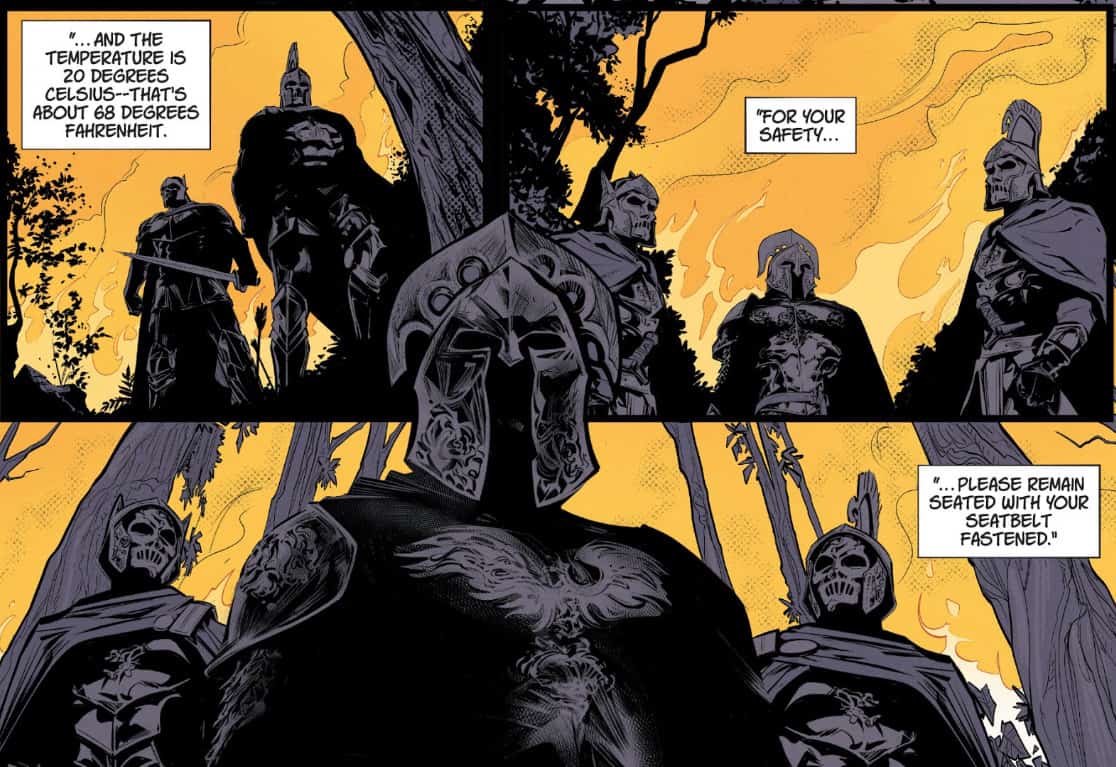 I’m a die-hard Wonder Woman fan, and know the continuity for the Amazons like I know my own family, so having a Wonder Girl not know who she is, is a Wonder Girl tradition dating back to the 80’s and the Wolfman/Perez New Teen Titans era (if you haven’t read their run, pick it up. Trades are available for the entire run). Hopefully this team will have an origin planned out that will remain timeless, and protect her from DC’s habit of perpetual Crisis reboots. Other than Hawkman, Crisis and pre-Crisis Donna Troy. 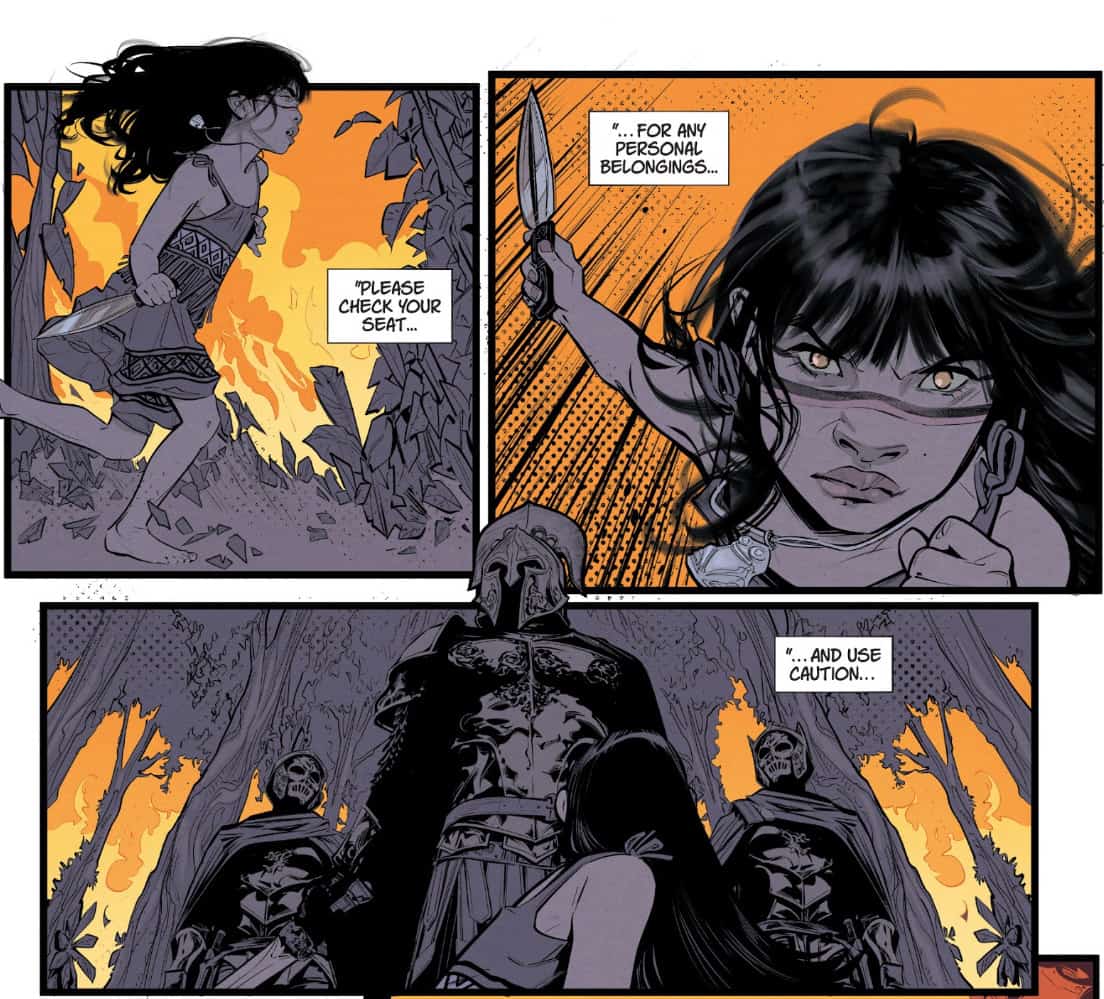 The issue is quite good, and off to a decent start, yet still left me wanting more. Jones’ art packs a helluva punch, but the story would have been served better had she removed some of the superfluous interpersonal talking head scenes, and focused more on moving the plot forward.


Another issue was the lack of Donna Troy. Yes, this book was about Yara, but to include Diana, Nubia, Cassie and the Amazons from Bana-Mighdall, Donna’s omission was quite glaring.

Although I have few grievances, all of this can be completely overlooked once we see who this is, and what her role is. She might be the breakout star of the year. Look out, Egged Out Nanny, and hello to Madame Medusa the Alligator socialite.

Jones and Bellaire have a promising start for this up and coming Amazon. The art is beautiful, and Jones went all out for Yara. Time will tell if they have there wherewithal to capitalize on the potential. I have high hopes they can.

Wonder Girl #1: Make a Hawk a Dove, Stop a War with Love