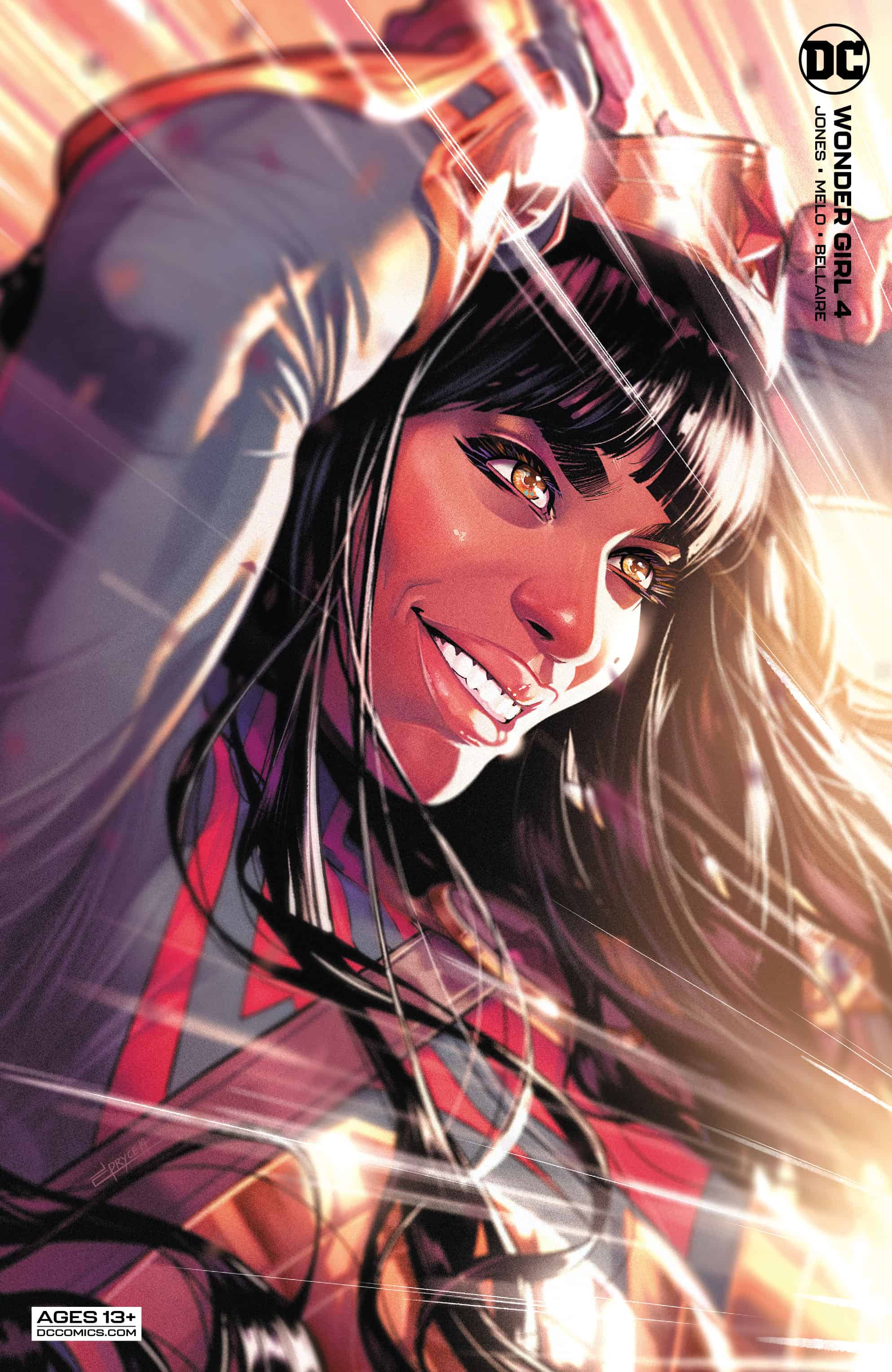 A young woman by the name of Yara is forced to make a decision. Does she side with the Olympian Gods Who have shown her nothing but kindness and trained her to become the woman that she is today or does she choose her family that is surrounded by mystery.

If you are a fan of the Amazons and or Greek mythology this series is definitely for you. As a reader I am in fact a fan of both, I am very fortunate that I am able to review this issue.

The story that is being told isn’t necessarily a coming of age story however one could argue that a coming of age story can happen at any age. It does seem that Yara has a good idea of who she is but she’s looking for more. She’s looking to see where she came from. I believe that we all look at our past to find out who we are today so we can build who we will be tomorrow.

I am familiar with Joelle Jones’s writing. I am a fan of their Catwoman run. I was really excited to read the series once I knew Joelle was on writing duty. Joelle does not disappoint in the series by any means.  To give you an example we have a horse with wings that can fly named Jerry.

The best compliment that I can give a writer and in this case specifically Joelle is that I am invested in the story, I think about different possibilities of where Joelle could take the story. I want to know what’s going to happen with her and Eros. I want to know what happened with the gods and her mothers tribe.I have so many questions that I want answered which makes me excited for the next issue. If you read a book and you are left with wanting more, thinking about the story after you have read a certain issue, that is how you know the story is written extremely well.

Joelle is also pulling double duty as she is also working on art along with Adriana Melo  and we have Jordie Bellair on colors. Pat Brossean on letters. There is so much talent working on this book it is no shock this series is hitting it out of the park. 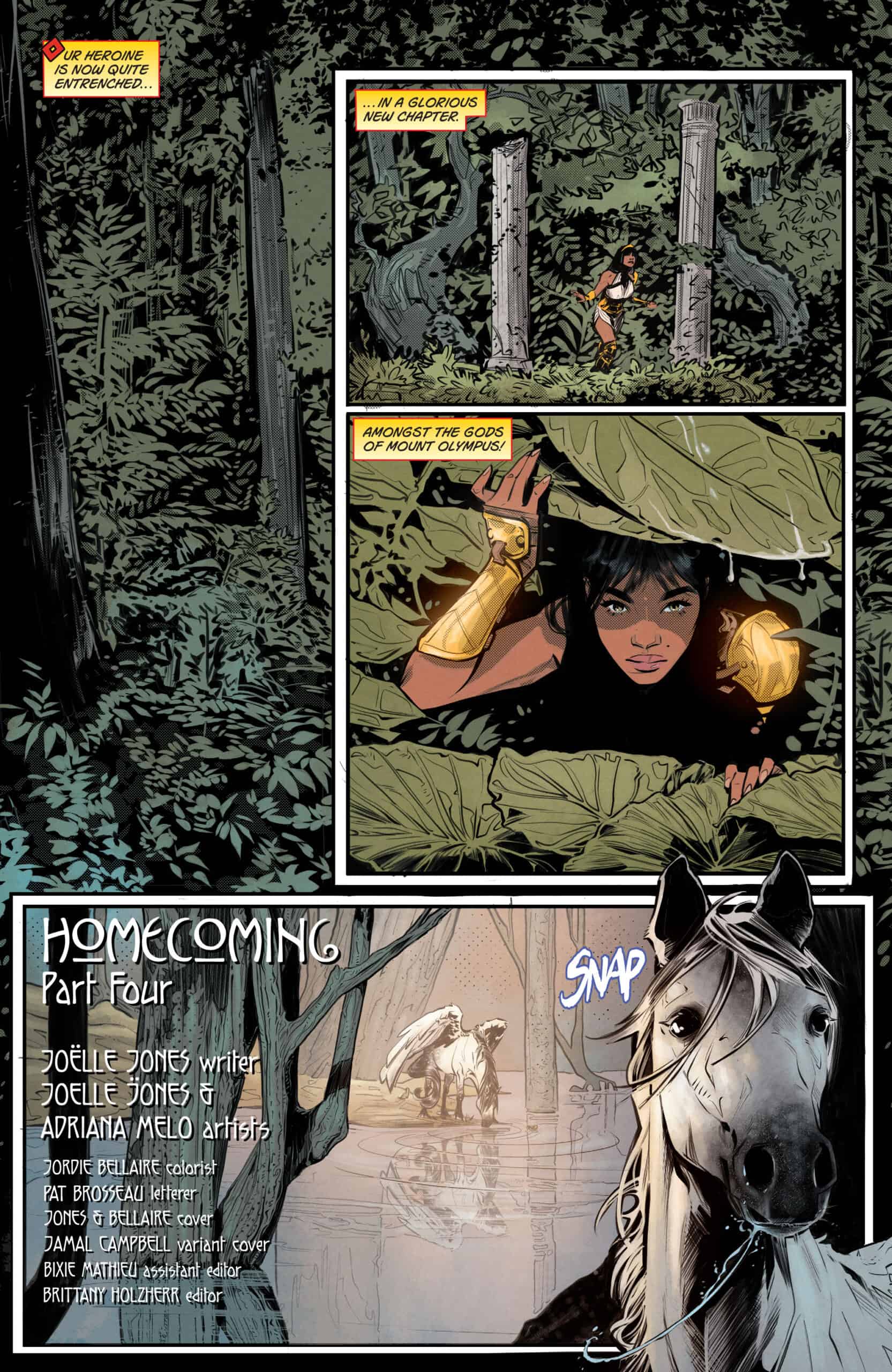 I’m not sure if it’s anybody’s intent but I am 100 percent getting Xena warrior princess vibes. I’m not sure if it’s Yara’s Outfit or that we’re dealing with the Greek gods in the way that Xena used to.It could be also as simple as the olive skin tone, the light eyes,  the dark hair with a straight across bangs. I m not sure what it could be  but I wanna make it clear that I absolutely love that I’m getting Xena warrior princess vibes.

Jones and crew create a beautifully illustrated captivating story about a woman attempting to find out about her past which puts her at the crosshairs of ill intended foes. Action, Love, betrayal what’s not to love.