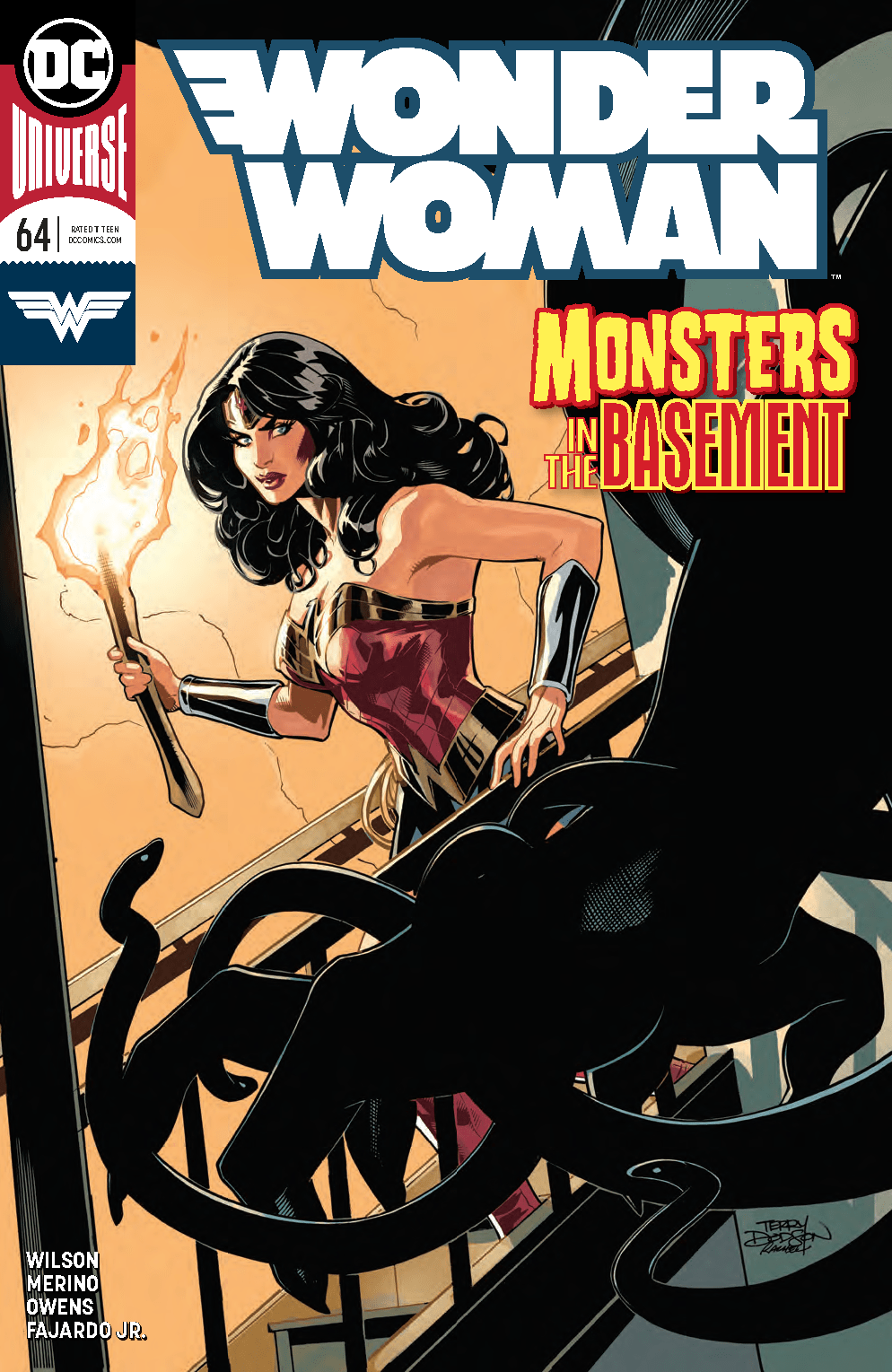 As Wonder Woman and Steve Trevor enjoy some down time, along with Aphrodite as the goddess in residence, Veronica Cale makes her move. Nemesis, who has been locked away in Cale's basement baits the trap set for Diana and springs it in a big way. Diana learns more than she wants to about the fate of her family as well as the ethereal nature of public opinion. 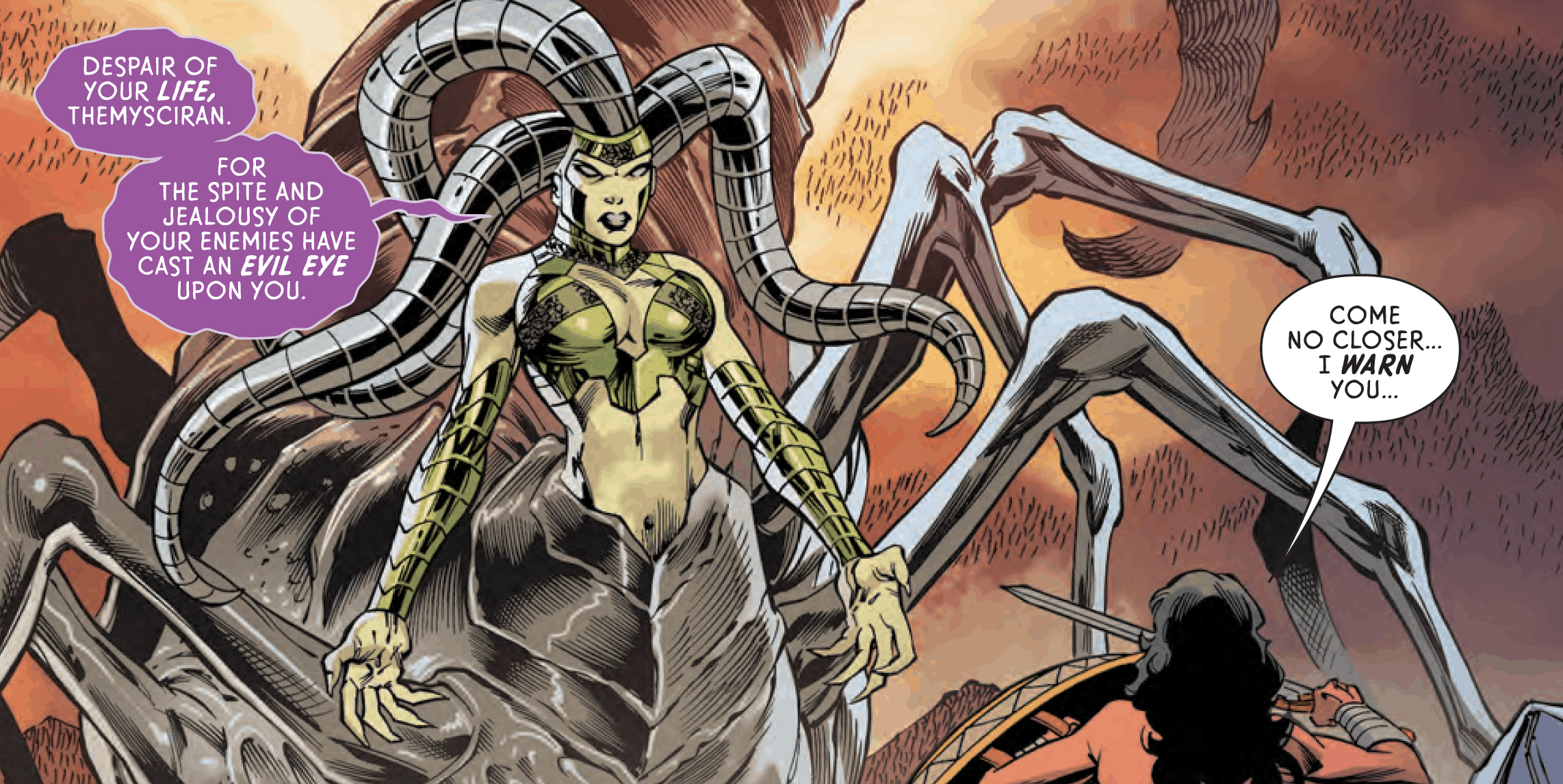 This issue opens up a new arc and the much-anticipated return of Veronica Cale. And that return is steeped in…a well-worn tale of using the media and public opinion against a hero. From the X-men to Glorious Godfrey to…..Jesus and beyond, the tale of people turning on their heroes with a few well-placed word is one of the most common implements in the affluent villain toolboxes.

Hopefully this is a well-told story, because this is shaping up to be a fairly disappointing use of an adversary that generally is a bit more intelligent and……original in her machinations. But as with most things, the true test is in the author’s ability to tell the story, whether it’s a new plot or a well-worn one. And Wilson’s writing has been solid and enjoyable so far. 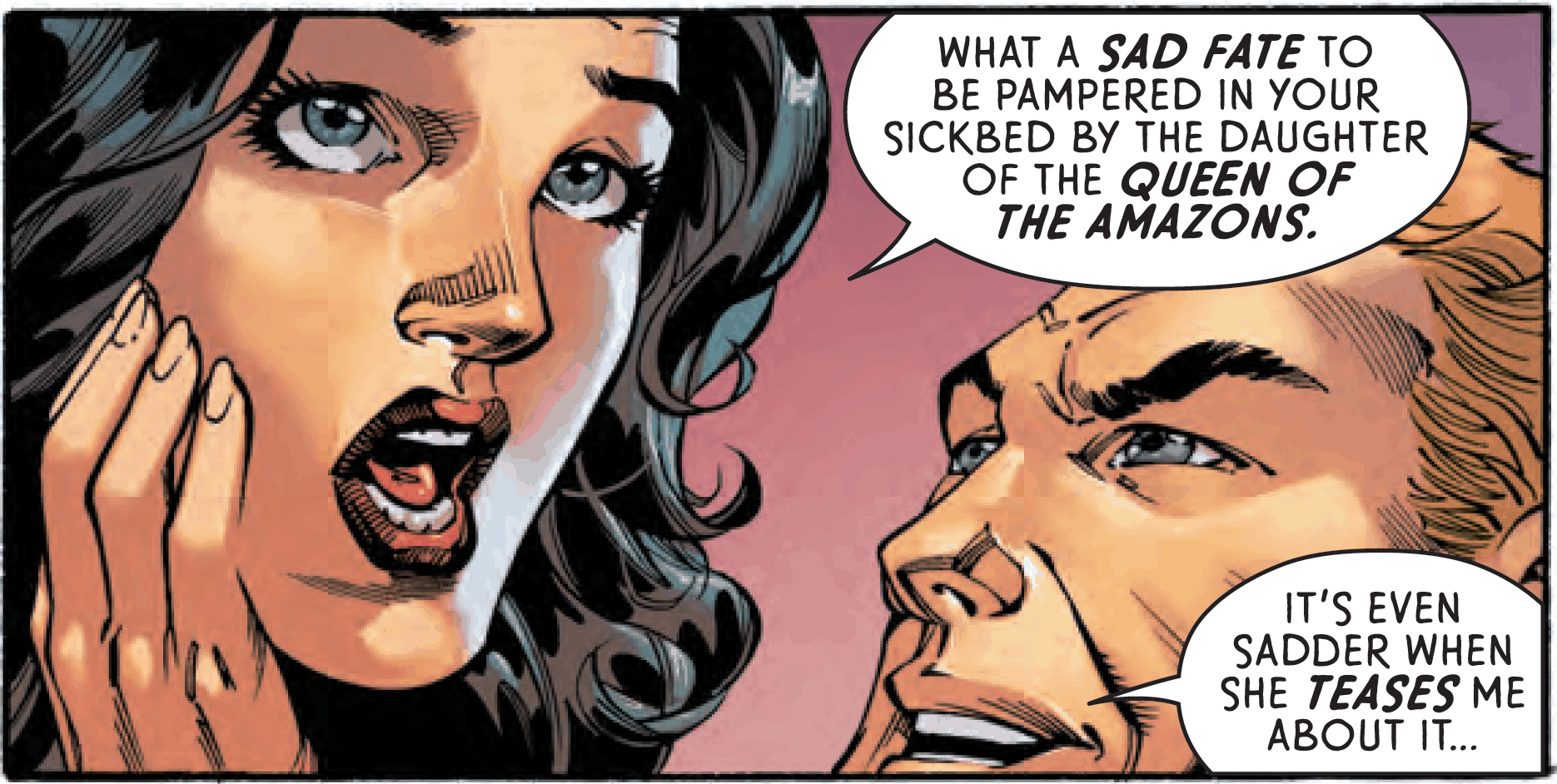 The scenes between Diana and Steve were a nice little break from the action and seemingly endless stream of gods that have paraded through the book of late. And I’ll give the last couple of issues that they’ve brought in a more human-driven story this time around, which I’ve been lamenting for a while so in that respect I’m getting what I asked for. Characters are fleshed out, dialogue is in character, overall the book continues to stay in good form.

And the art as always is top-notch — classic and fluid without being overly cartoonish. This continues to be the best shape the book’s been in for a long while.

It remains to be seen if this arc will turn out to be a familiar tale or something with an original take, but either way the art and the writing are keeping things entertaining and a worthy read.