Wonder Woman #65: The Enemy Within 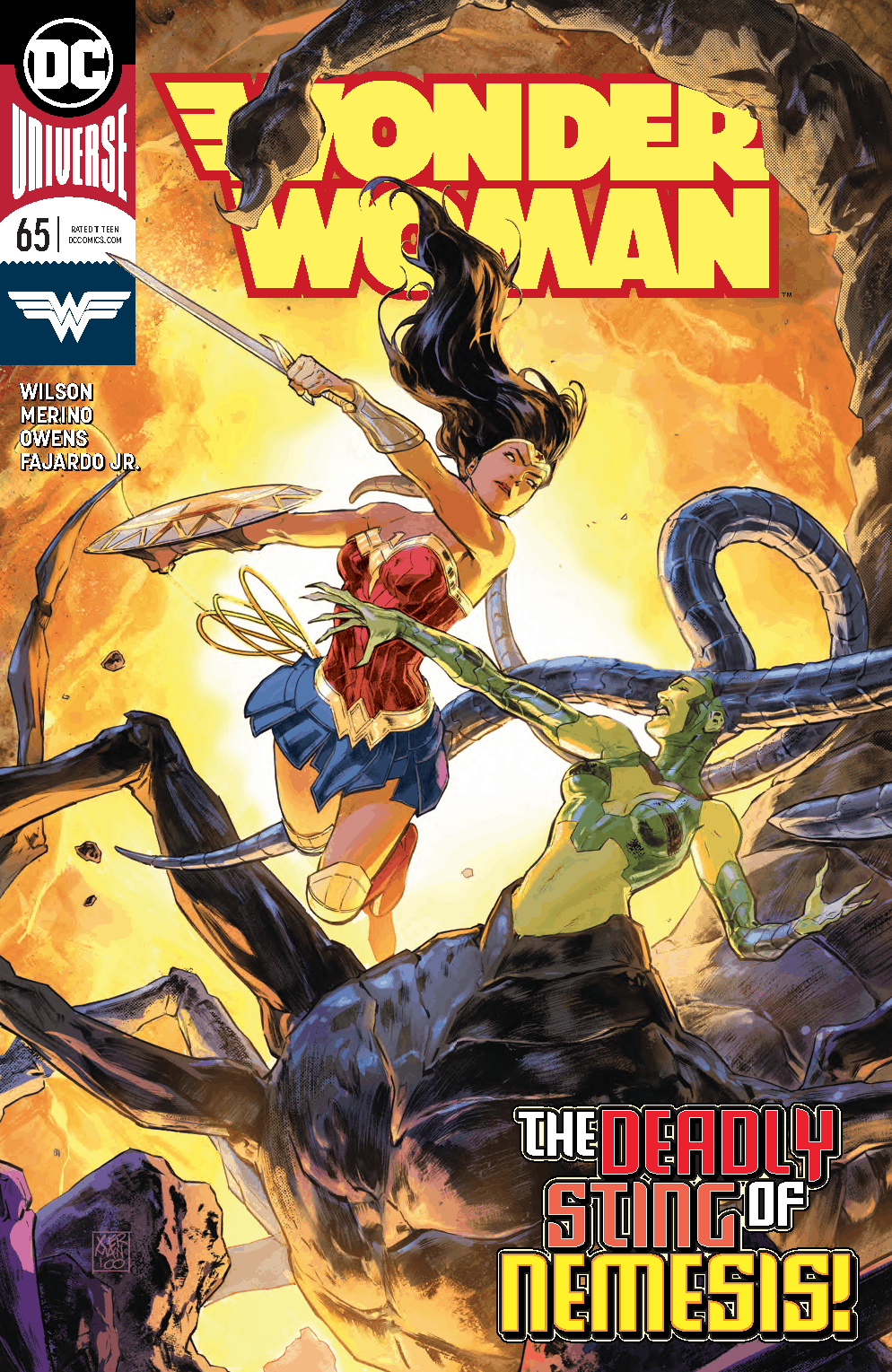 Last issue revealed that Veronica Cale has returned and unleashed the power of the US legal system and the 24 hour news cycle on Wonder Woman. Cale has trapped the goddess Nemesis and enlisted her aid in taking revenge for the death of Cale’s daughter. Everyone, including Diana, now believe that Themyscira has been destroyed and all of its inhabitants lost. This issue turns everything on its head, as we discover who is really behind the PR campaign against Wonder Woman. These revelations send Diana on an introspective journey as well as a physical search for answers.

This issue sees the story take an interesting turn. Last issue left off looking like we were going down a stock standard path of hero vs. public opinion, something I was not necessarily looking forward too even as a well-written story.

Wilson banks a hard left with this issue, sending the story in a completely different direction. Veronica Cale is still tough adversary and a fitting counter to Wonder Woman’s nature. It’s been a while since Cale has been in the book and she brings with her return a much needed challenge to Diana. Of late Diana’s threats have been emotionally challenging, but ultimately morally clear-cut. Cale tends to muddy the waters, driving Diana to consider not just if she is taking the better path, but also what better even means.

Steve Trevor seems unusually less sure of his footing with Diana, though she has been too preoccupied with the fate of Themyscira to give too much thought to that. It’s unclear whether that is because of an internal crisis or an external influence. Time will tell if that plot thread gets pulled any more.

Visually the book performs well. I could do without Aphrodite in the two-piece in odd bendy poses for no apparent reason, especially when she’s standing next to a fully-clothed Steve Trevor. It seems weirdly clashing to her new outlook on things since she arrived as well. Nemesis looks to be rocking the bikini look too, so maybe it’s the standard Olympian expat uniform? Ultimately a minor point perhaps, but when everyone else in the book is clothed in a way that makes sense within the story, these two seem to have little thought put into their clothing. Which is a bit depressing because Nemesis’s overall physical design is quite striking. In general though, the action scenes are well laid out, the facial expressions throughout the book are particularly well-rendered and overall the art is enjoyable.

This story is shaping up to be more interesting than I originally gave it credit. After several missteps in the past, it feels as though this book is finally on good footing.

Wonder Woman #65: The Enemy Within