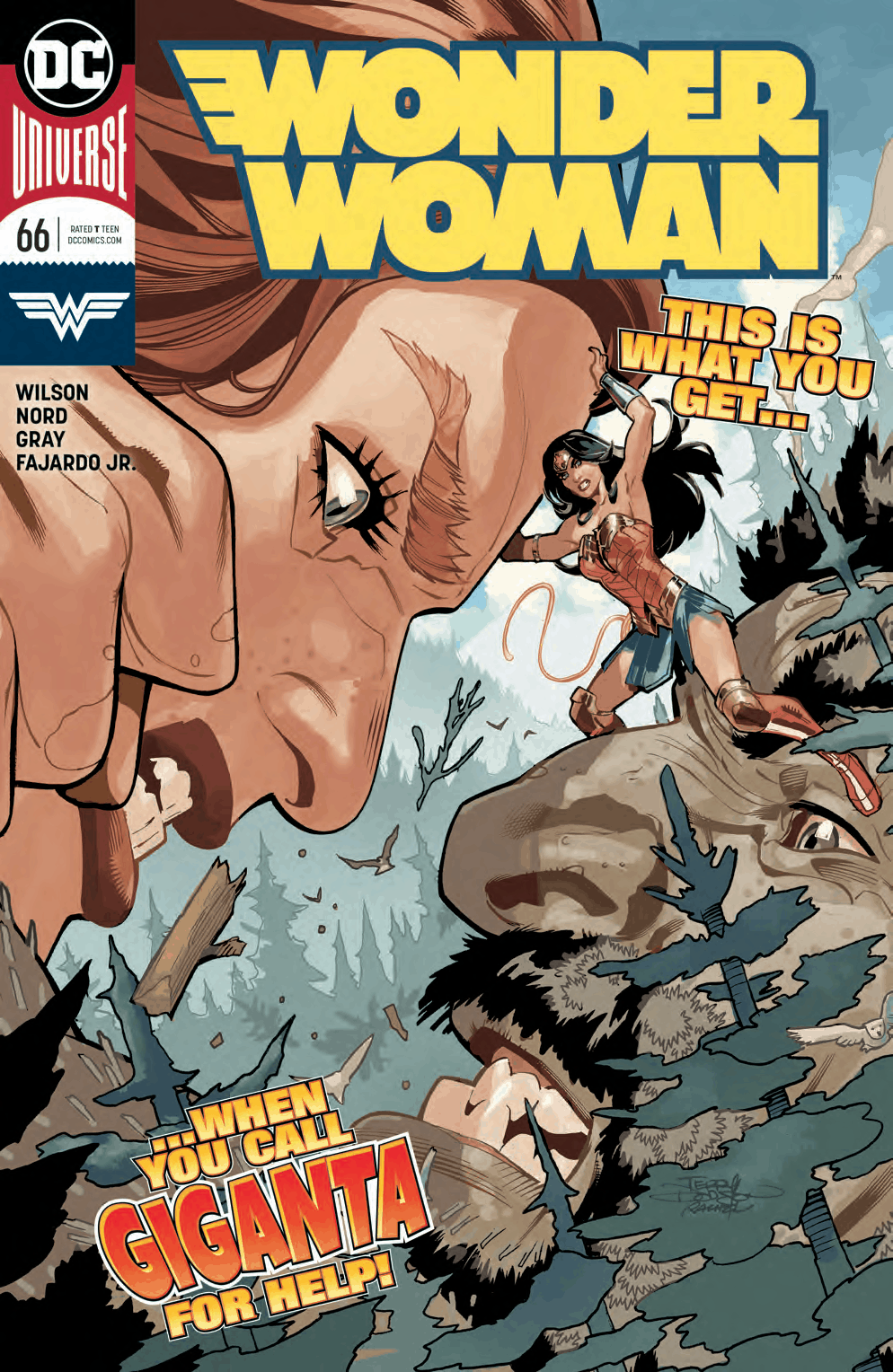 Last issue Diana and Aphrodite began a journey to seek out the fate of Themyscira and to seek out possible survivors. This issue opens by catching up with the ex-pat Olympians on a road trip to Rocky Mountain National Park. They run into a giant problem  — literally — that forces Diana to enlist the aid of frenemies and outright enemies.

This issue brings us back to the fate of the displaced mythologians (yes, that’s a word….that I just made up.) A shift in both story and art as we catch up with the three ex-pats that have been living in DC. They’ve taken a road trip with their new friend Maggie to Colorado, where they run into what appears to be a titan. Maggie continues to be an interesting character, I can’t figure out if she’s just a really open person or if she has some other larger arc planned. 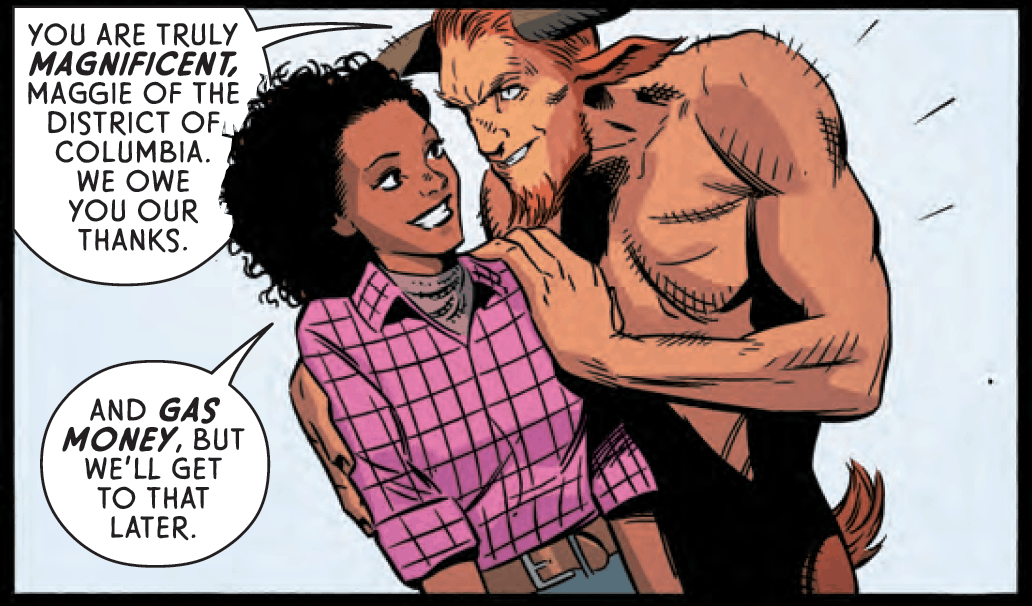 Giganta as an addition to the book is interesting. She’s a pretty classic Wonder Woman villain, and an often under-utilized character. It will be interesting to see what Wilson does with her. It will be particularly interesting to see if she and Cale interact at any point in the near future of these arcs, as they are both tough, intelligent women that have a serious beef with Diana.

Most of the issue is taken up with actions scenes involving very large combatant(s) and introductory material of assembling the players. Presumably the encounter with the titan will yield clues to Diana’s larger search, but it might also just be an interesting side story.

We see a different art team on this issue with Cary Nord and Mick Gray. Their work has more of a cartoon-type feel which is different from the previous few issues, but well-drawn in its own right. There is a fluidity to the artwork that is especially well-suited to the many aerial and fight scenes of the issues and overall is a fine complement to the storytelling.

This issue seems to jump tracks from last issue’s ending, but keeps everything heading toward the same overall direction. Another solid installment for the series.