Wonder Woman #72: Into the Abyss 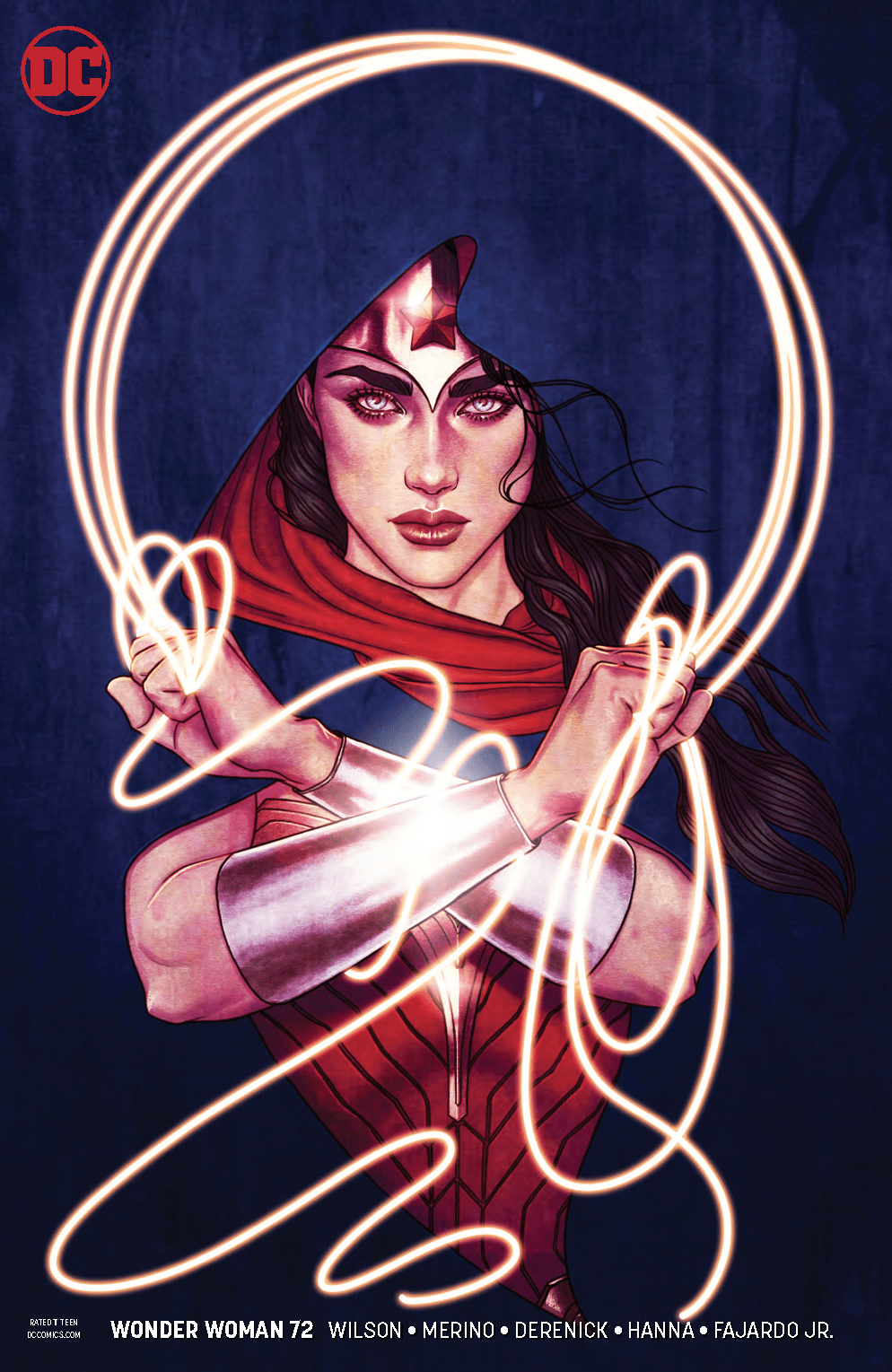 Diana and Maggie face off against a colossus at the bottom of a dark pit in the middle of Connecticut.  As the portal between worlds collapses, Atlantiades races forward to aid the heroes. A harrowing battle and a few chases ensue. Diana is distressed at the danger to her friends, but enjoying having companions at her side.

Most of the issue focuses on transitioning from Connecticut to a more mysterious and exotic location. There are a lot of battles, chases, with a little bit of light shed on a few mysteries. By the end of the issue the landscape has completely changed and the heroes face a brand-new challenge. The implications of their situation will be taken up next time.

This is far from the first time Diana has had a determined admirer, but winding up the potential love triangle subplot with Diana’s search. As the embodiment of desire Atlantiades should have a clear understanding of Diana’s need to find out what has happened to her people being all-consuming, and yet chooses this time to constantly bring up a new-found infatuation. On one level, this would make the embodiment almost purer, but at the same time it contradicts the introspective insights that Atlantiades was supposed to have happened on just last issue. Alone each of these plots is interesting, together they strike a strange chord.

We’re heading full-tilt now into the mysteries of the disappearance of Themyscira and the Olympians. As other DC worlds wrap themselves up in the mystery the possibility of crossovers and guest appearances increases. As does Diana’s consternation as she visits places she did not wish to see again in search of her home. She may have to revisit unpleasant memories to find the ones she loves.

This is the conclusion of the current story, but it's also more of an introduction to the next one. This is a good jumping on point as the fate of Themyscira is closer to being revealed.

Wonder Woman #72: Into the Abyss