Wonder Woman #73: Into the Chi 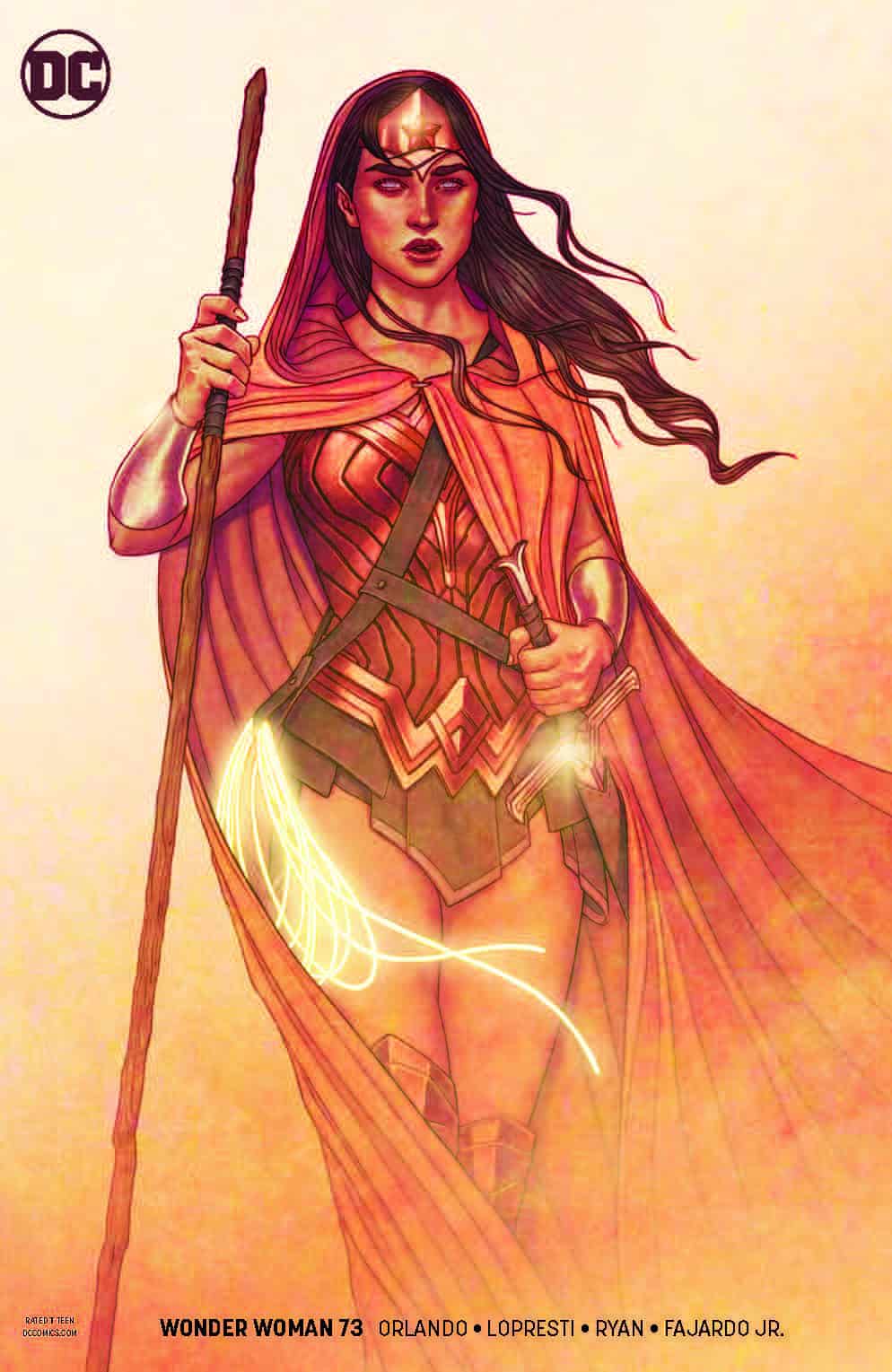 Diana and her friends are on the trail of the lost amazons and the fate of Themyscira. The mystery depends when their search leads them to dimension Chi, a place created by Hippolyta to explore her choices. In this issue, Diana recounts a tale of her childhood in which she accidentally travels to Chi and is captured by the amazons there. Hippolyta faces many dangers to rescue Diana and they both learn some valuable lessons along the way. This narrative serves to convey the nature of the dimension and to set the stage for the adventure that is about to unfold.

The story is a definite departure from the tone of previous issues, not surprising since this issue has a guest writer. The story reads like a comic book from the 1980s, especially the parts relating to Hippolyta’s trials.

The feeling is simultaneously a classic action adventure and a dated nostalgia piece. The story struggles in places with too little story and too much cheese, but manages to pull itself through in the end.

The issue also introduces a few more players to the story, such as the people of Atomia, but it’s not clear if the additions will continue after the guest writer departs. Presumably at least some of the characters, most notably the Empress Hippolyta will play into larger story Wilson has set up.

In general this is an extended backstory that works as a standalone coming of age tale. As a filler story it asserts itself well — it develops an aspect of Diana which requires no current knowledge of Wonder Woman to follow, but it also advances the current story, setting the stage for the next issue.

Wonder Woman #73: Into the Chi

Star Wars War of the Bounty Hunters Alpha: If You Ask Me, I Blame the Parents
May 5, 2021