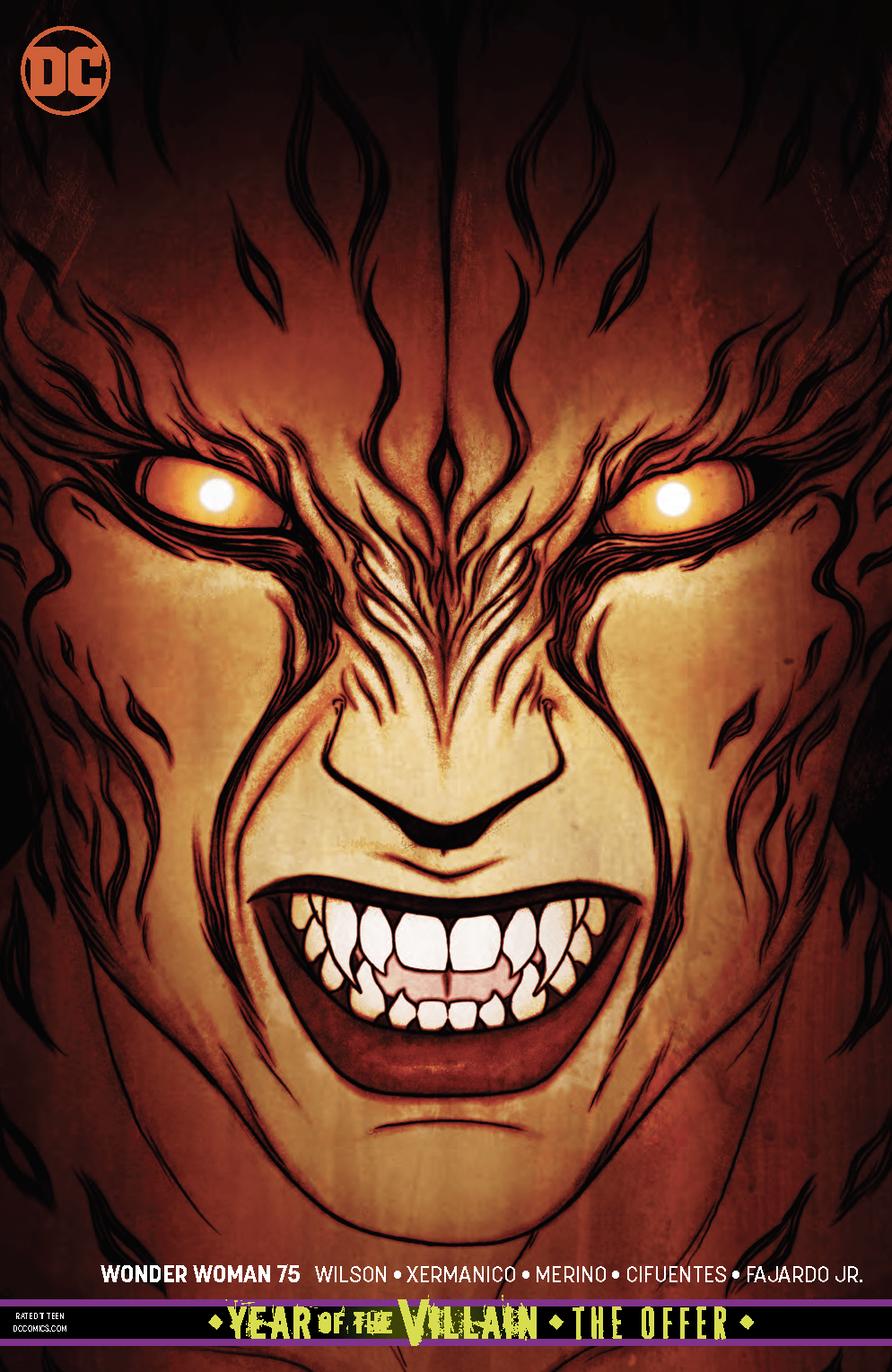 The amazons face off against Grail and her new followers as the mysteries of Theyscira’s disappearance are revealed in this extra-sized 75th issue. Grail’s return comes with a newfound resolve and a new bid for power as the issue pits amazon vs. amazon and old rivalries re forced to the surface. With so many people gunning for her, will Diana be able to reach her mother in time? 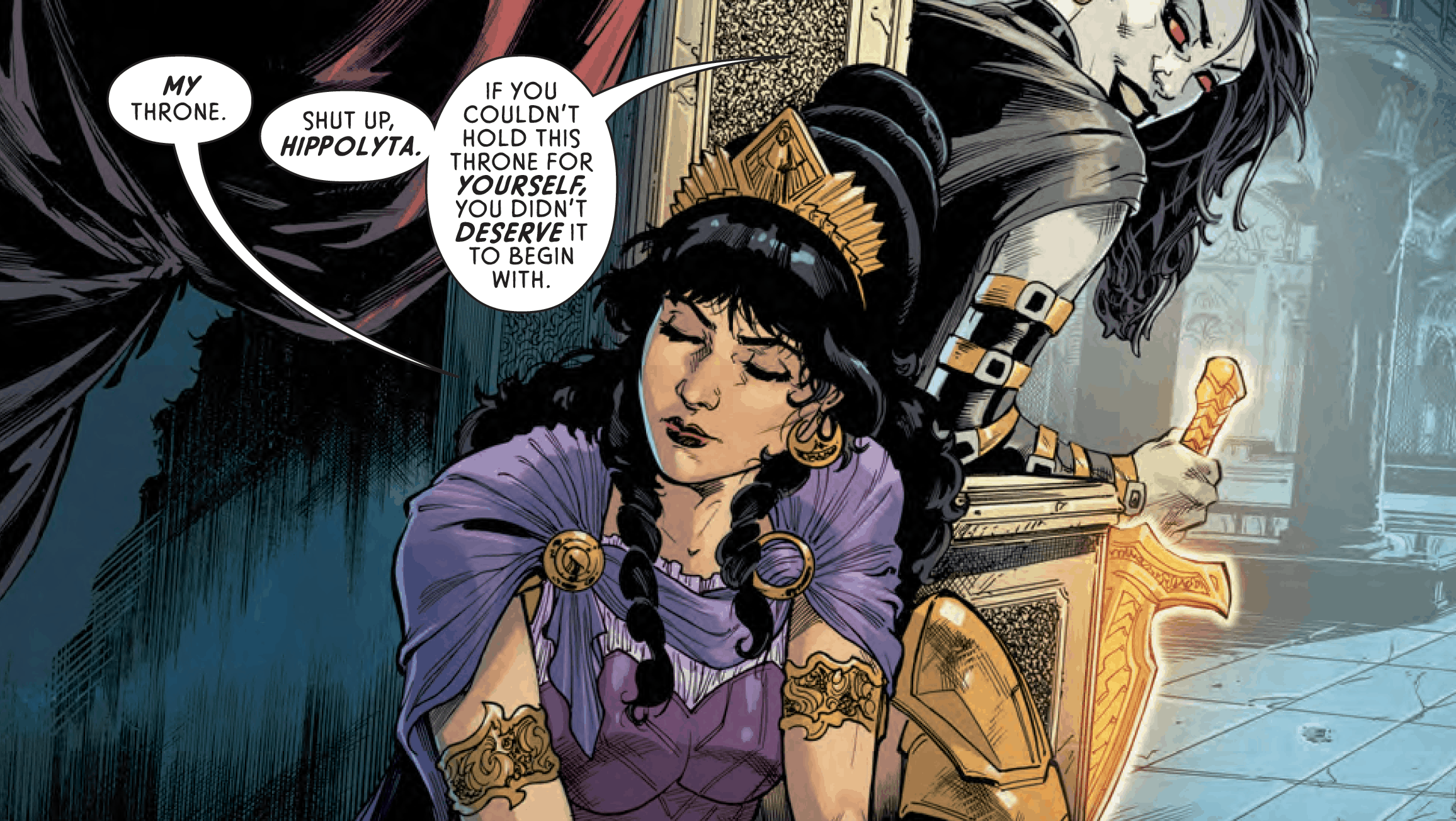 Artistically, there aren’t enough good things to say. There has been a consistent run of top shelf artwork from the pencils, inks and colors and that continues in this issue as well. Visually this is a book definitely worth picking up. The often frustrating thing with this series is the consistency of the beautiful artwork highlights the often inconsistently written stories. 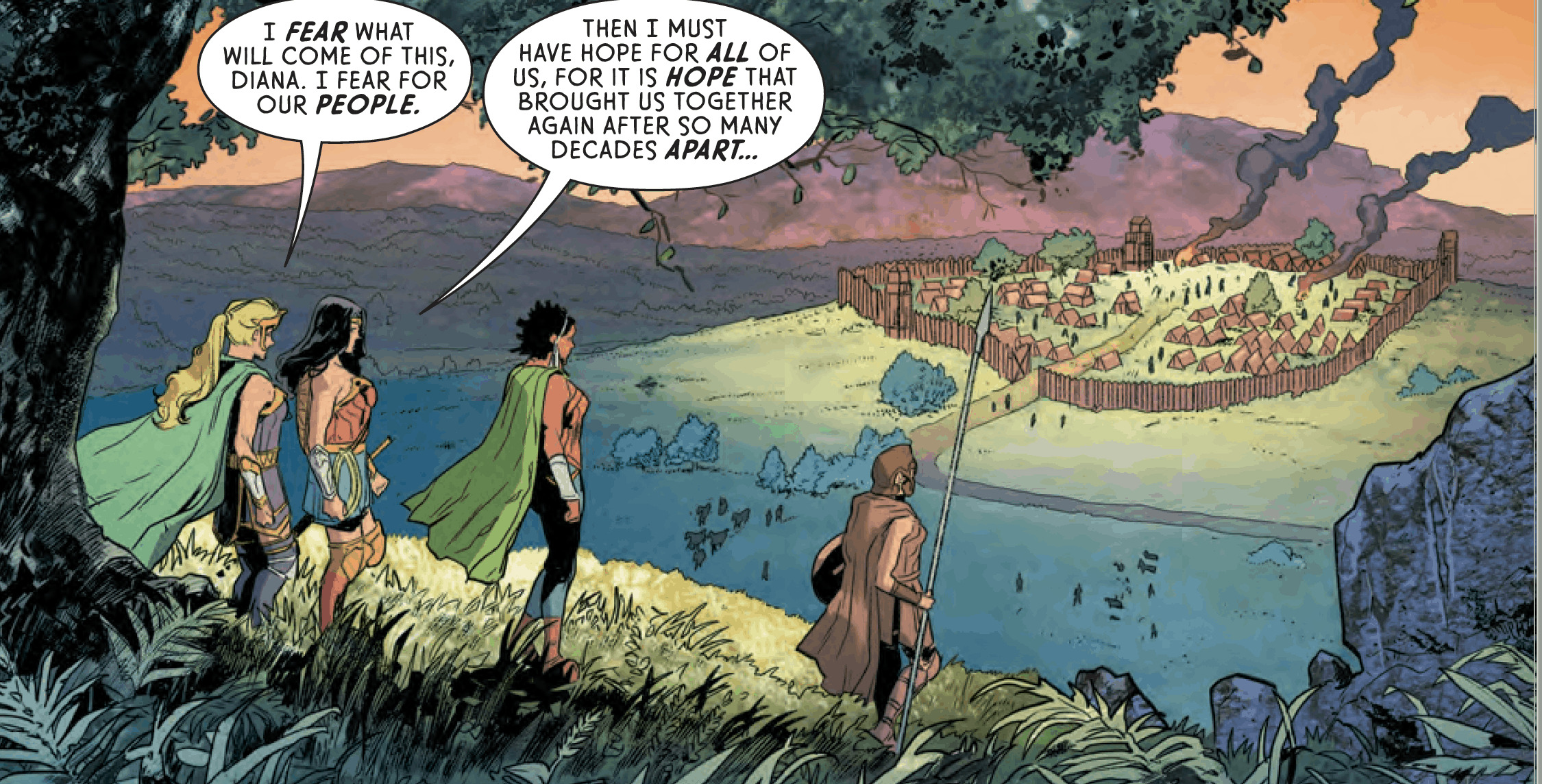 This issue sees the culmination of Diana’s search for the missing amazons. Grail is back to make trouble and I can’t say it’s much of an improvement from her last appearance. Grail herself has potential as an antagonist, but she never seems to go anywhere. As a character I have yet to see any growth in her throughout the new series, she just does the same thing over and over. As for the story itself, the entire arc has cast itself as a deep mystery but really amounts to Grail being in the right place at the right time. Even Maggie’s rise becomes an exercise in happenstance as her path to hero suddenly stalls and is reduced to a seeming footnote.

We do get updates on Diana’s family, Veronica Cale’s daughter and the rest of Themyscira. But really very little actually happens in this issue. The division of loyalties seem to have been arbitrary and are just as arbitrarily resolved. It’s nice to see Diana no longer haunted by the disappearance of her home but overall this issue lacks the substance I would expect in an over-sized issue. There is nothing bad per se, but much like the 50th issue the previous couple of stories seemed to grind the story to a halt, culminating in an installment that doesn’t capitalize on its extra pages.

At the end of the day, this arc started strong, but ended without delivering much more than a few battles. I enjoyed the side stories leading up to the end much more, and those stories got more to the heart of who Diana is than the main one ultimately did. As an action story, it was fine, but I guess with the build up I expected….more.