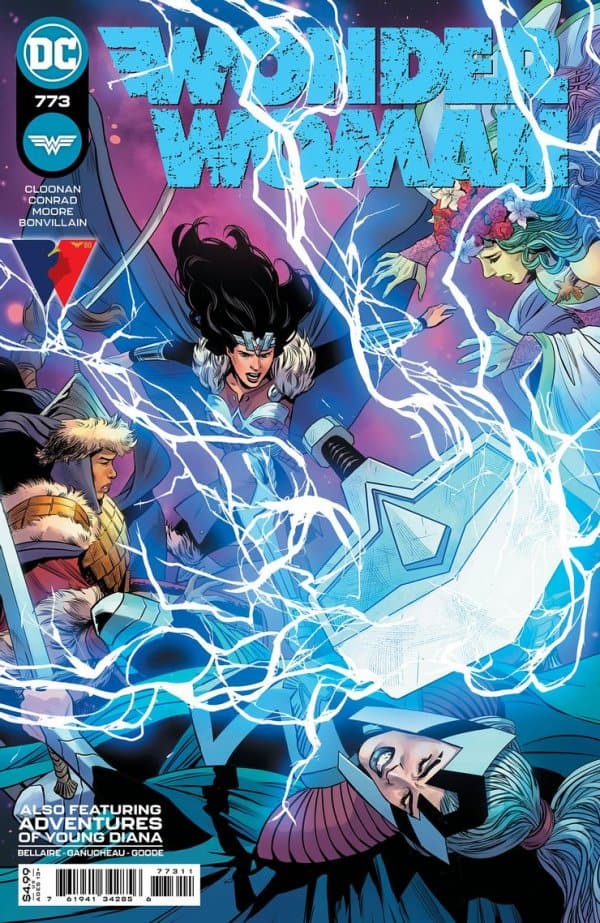 All the treacherous roads of Asgard have led here… the fortress of the Valkyries! These deciders of death on the battlefield have grown tired of the ways of their world and have turned it upside down to remake it in their image. Can Wonder Woman broker peace between these mighty maidens and the men whose fate lies in their hands? This has the makings of a war our hero may never win! Meanwhile, in the Themyscira of old, Diana puts her quest to find the missing texts on hold to visit with Magala, the oldest Amazon on the island. Shunned by her sisters, this keeper of the Well of Souls has secrets to share, and our young hero is there to listen! 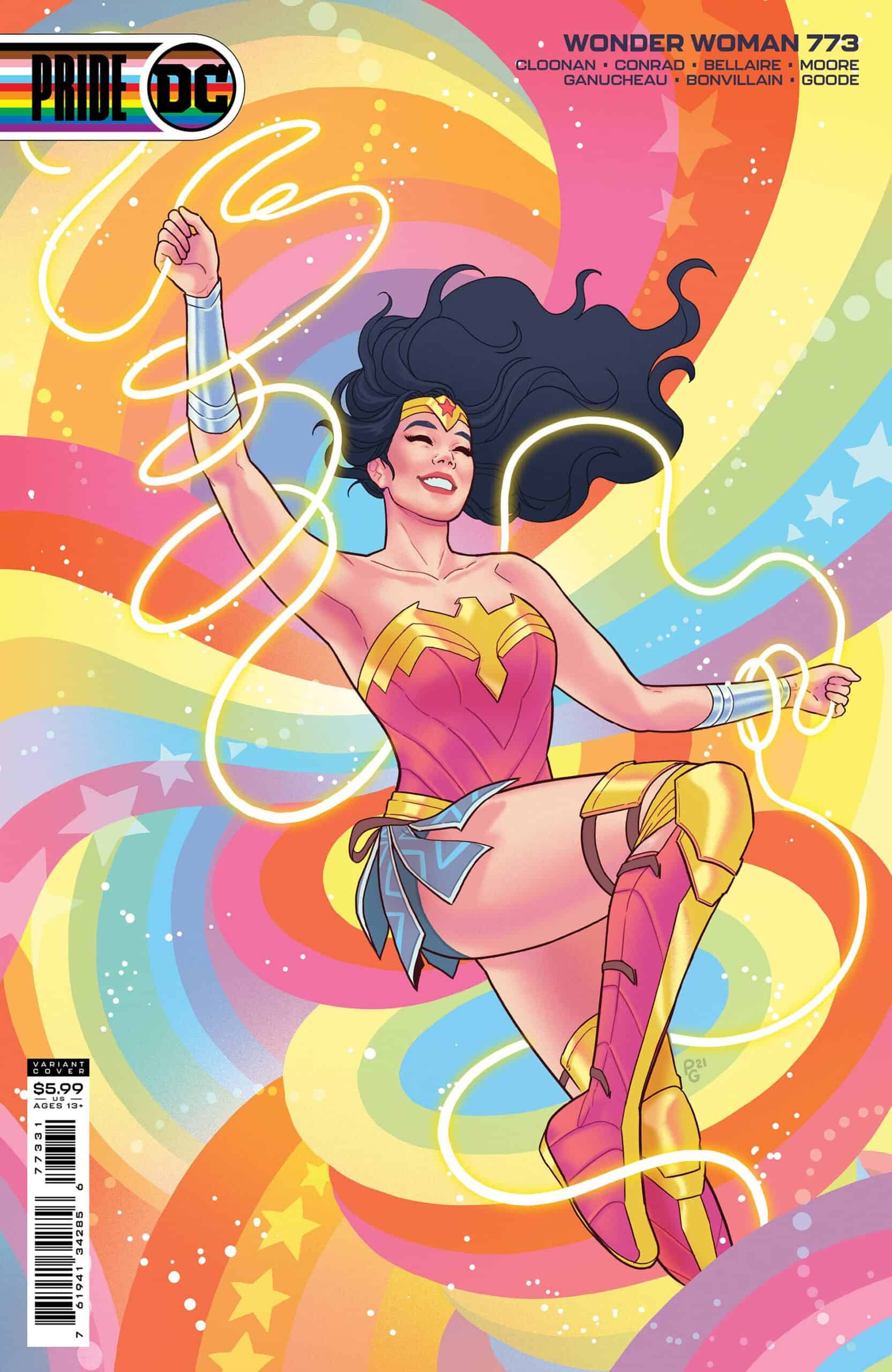 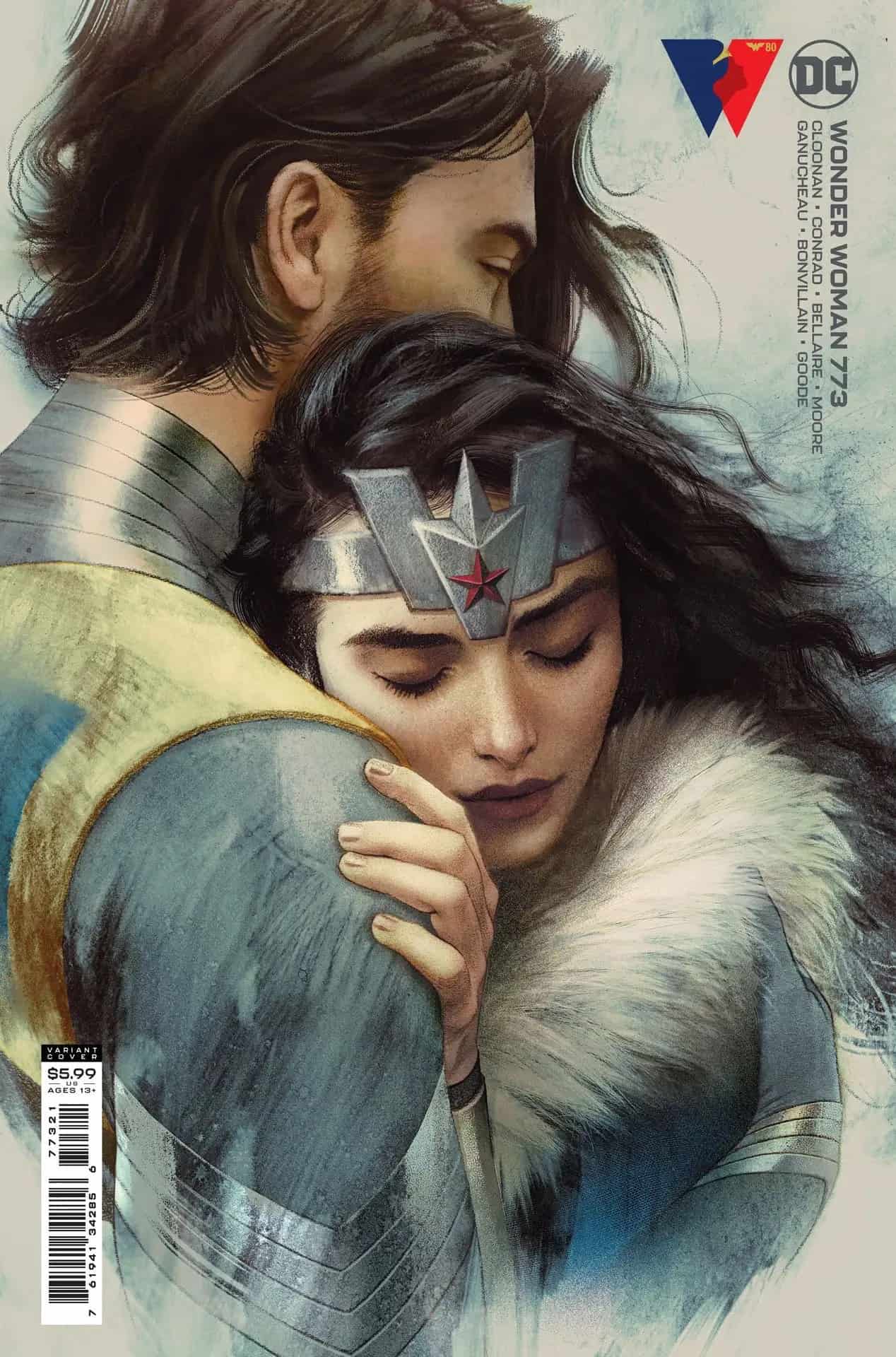 The final chapter of Wonder Woman in Valhalla, and Diana does what she does best, and what she does is very nice. We begin by Wondy entering the home of the  Valkyrie to discover the fate of the missing warrior death goddesses. Turns out they were pulling a Norma Rae (if you don’t get the reference, Sally Field needs to send the Valkyrie out to save your life), exhausted after millennia of the same tiring duty of collecting the souls of the fallen warriors, and bringing them to Valhalla. Rinse and repeat, in an endless cycle. Just then DC’s version of Thor does best, and what that is bumbling into a situation hammer first, and asking questions…never. We finally get the payoff for the smoldering Siggy attraction, but I wonder what this could mean for WW & a certain Mr. Trevor. Who knows, but the writers have said that this isn’t the last of Siggy.

The dichotomy between the comic versions Marvel’s Thor and DC’s are worlds apart. The Thor depicted here is completely more in line with the comic version of Marvel’s Hercules, and it’s a fun differentiation. He’s a sexist blowhard, who is too dim to see when he’s being schooled by women, and I am completely here for it. Meanwhile Marvel’s Thor has taken himself far too seriously over the last few decades, and traded some of the fancy for a constant war with a form of Ragnarok that is coming to destroy Asgard. Sure, there’s the risk of the end of the world, and the death of Yggdrasil, but Wondy figures out what’s causing the problem, and helps save the day, and world from the World Serpent. And it was all done in 4 issues, instead of a bloated crossover. Plus we get Ratatosk to join Wondy’s list of magical animal friends, who has decided to leave Valhalla to ride the multiverse with our heroine. Unfortunately their first stop was in a bit of a mess. To be continued!!! 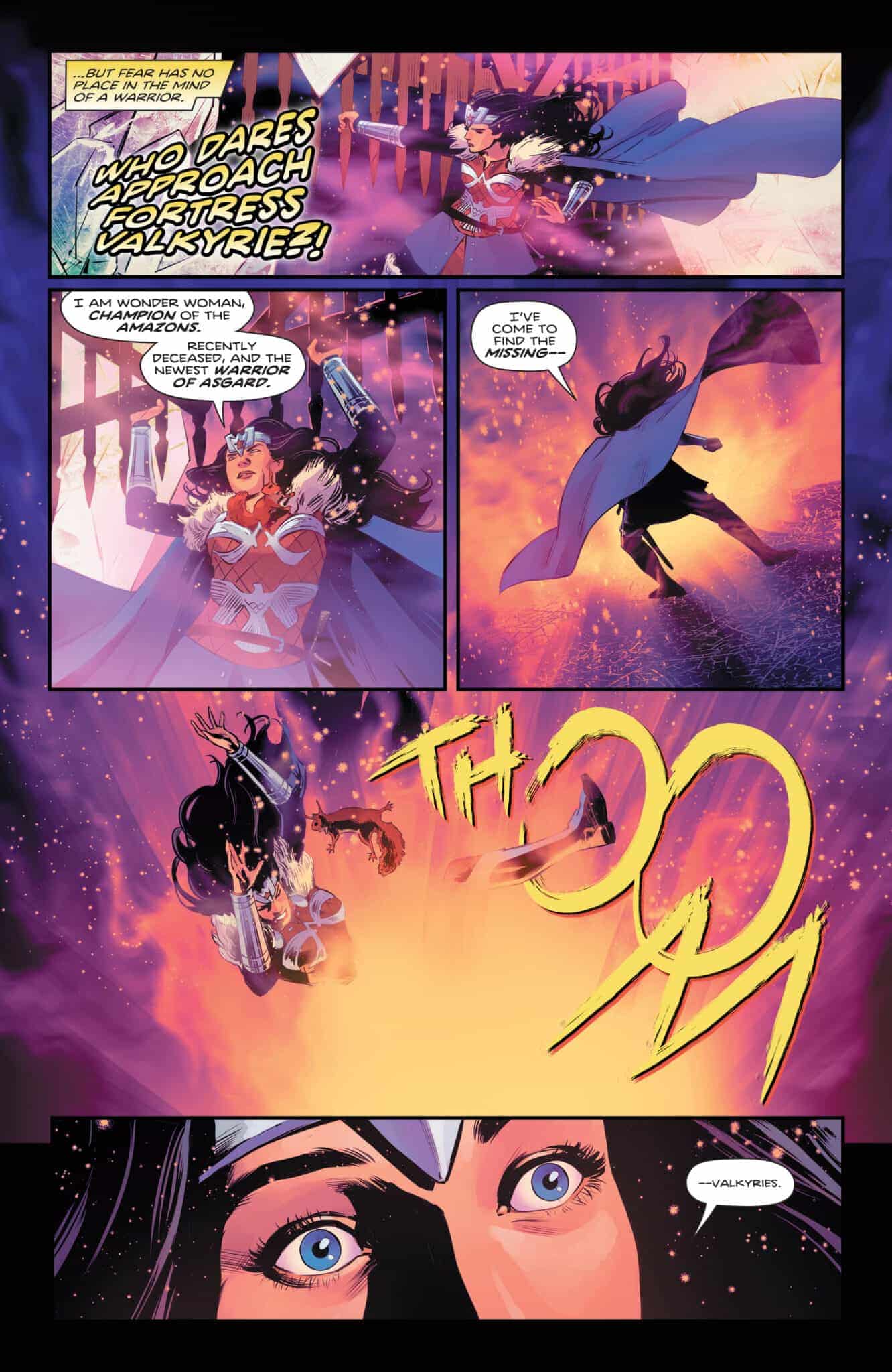 The revelation of Cizko being the mastermind behind everything, controlling the Asgardians’ lust for carnage and misogyny, was rather lackluster, as was the final battle. Not the concept, just the execution. It almost felt like the team needed to end this story, but ran out of room. I hope that this is just a precursor to an even bigger story for Diana’s biggest *ahem* little misogynistic villain.

Much like how Marston made the invisible jet a metaphor for the woman’s place in the workforce post WWII, Clooney and Conrad make a case for the Valkyrie’s position at how tedious it is to continuously do the same job over and over again, without ever getting the recognition one deserves. It’s something a lot of people can relate to, and it’s something I connected with immediately. The humanizing that this creative team is doing with Diana is next level. We get a Wonder Woman who will literally battle gods to save those who need saving, but we get to see her express her emotions in a way that we really haven’t been treated to in awhile. Could it be the unfamiliar cast of characters and locations that we’re not used to? Possibly, but whatever it is, I applaud it.

I can’t express enough how beautiful this book is. Travis Moore and Tamra Bonvillan continue to impress me every month with the design of the characters, and the environment is stunning. The palette is lush, and compliments Travis’s pencils beautifully. I’ve read Wonder Woman for decades, and hope to see this team for a long time to come. Unfortunately the current volume of WW has been plagued with getting a superstar artist, only to be replaced after an arc or two. The consistency for her art teams has been noticeably treated lesser than the Superman, and Batman family titles, which is a shame. She’s a part of DC’s Trinity. She needs to be treated with more respect, and marketed better.

Diana remembers who she is, and let’s the Asgardian pantheon know it in the final chapter of her adventures in Valhalla amongst the fallen soldiers. The cover is misleading, and the payoff to who was manipulating all of these events was rather uneven with the rest of the book, but I hope we get bigger things in the coming months from both the team, and characters involved in the arc.