Wonder Woman #783: My Whole Life Has Crashed, Won’t You Pick Up the Pieces 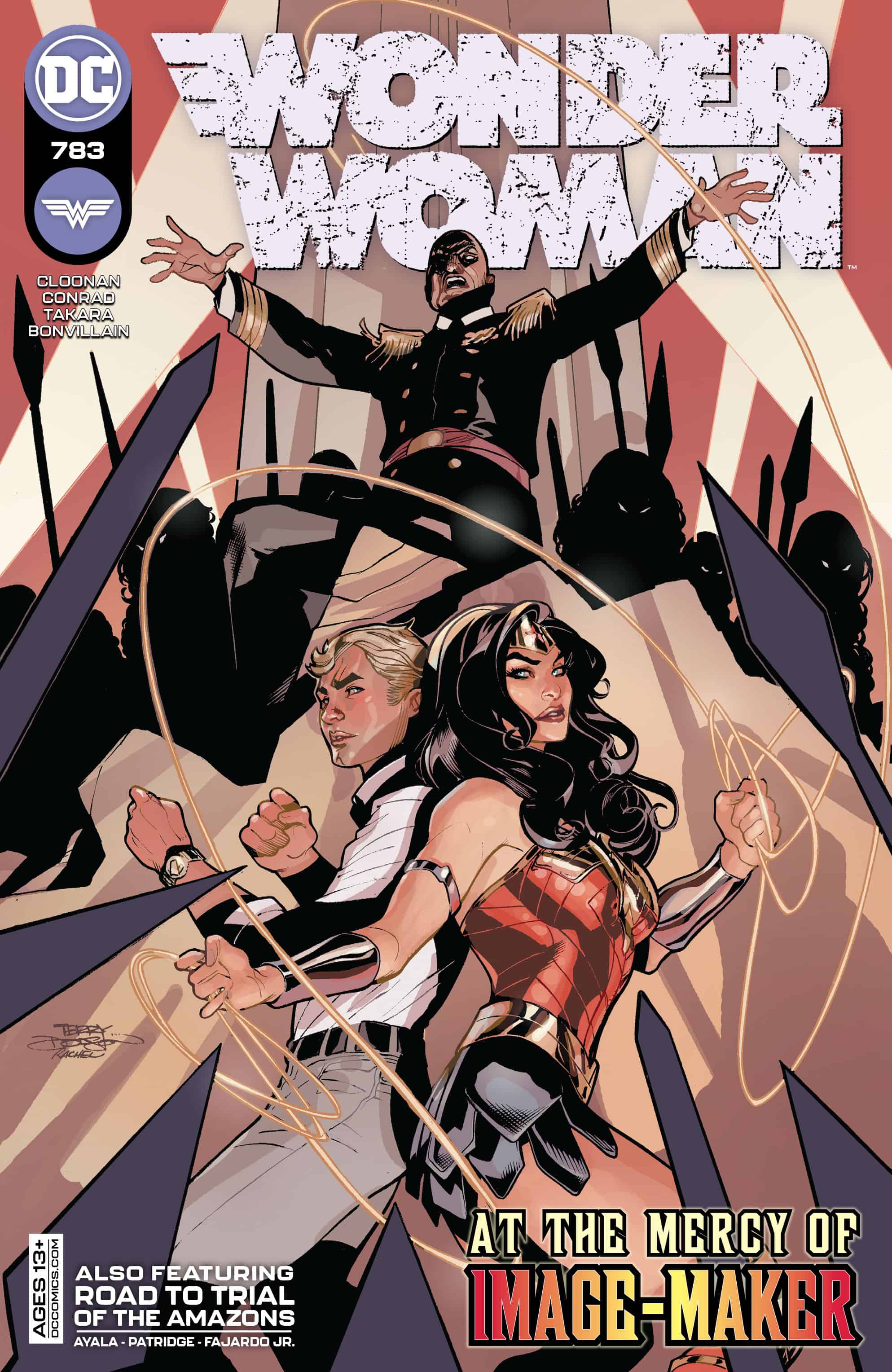 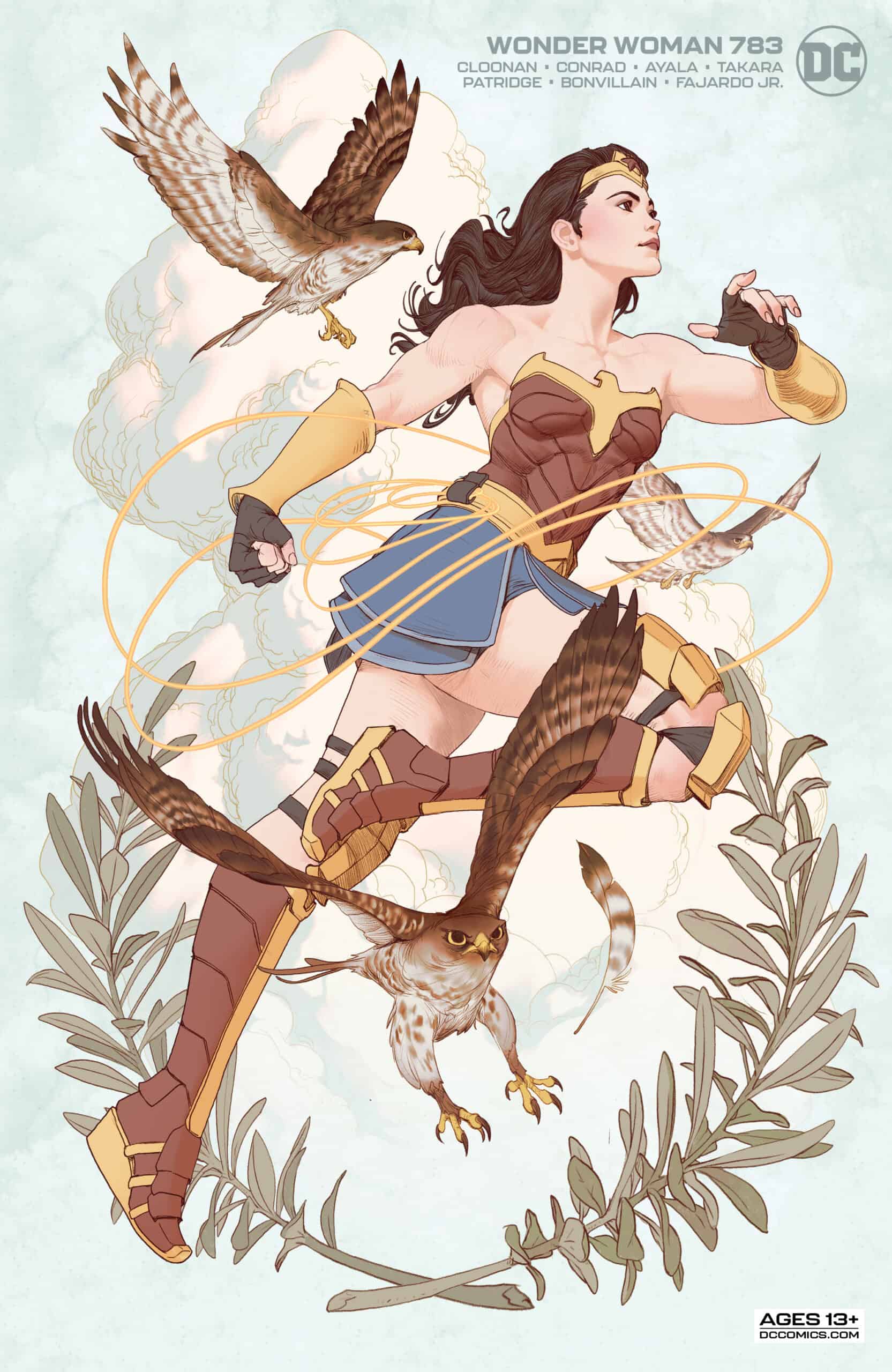 As Wonder Woman soars across continents to save Steve Trevor, the evil force behind it all emerges! The doubles of our hero were only the beginning for Image-Maker and he won't stop until Diana pays for what Janus has done. There are many victims of the villainess's deadly rampage through the Multiverse and their wishes for revenge are now directed toward our Amazon Princess! Will she survive paying for the sins of another selfish deity?

Meanwhile, in the world of the Bana-Mighdall, their oracle has seen a startling vision of doom! What could this mean for their relationship with their sisters on Paradise Island? All will be revealed!

So the cover of this issue was a bit of a red herring, as we didn’t really get to see Diana have to deal with the Image-Maker, in fact she didn’t even get to meet him face to face, just more of the glass Wonder Women. What we do get is the first showing of a brand new nemesis, in the form of a new Shining Knight, whose identity is unknown, but he’s apparently a pawn of Cizko. I’m not exactly sure what’s going on with Cizko, but I’m eagerly awaiting to see who’s the power behind the throne, so to speak. CloonRad have given us a Psycho who seems to have more to him than rather the one-note misogynistic creep who uses his immense psychic powers to subjugate women, but this team is attempting to give him some depth that we’re not used to seeing in stories involving the diminutive dude. 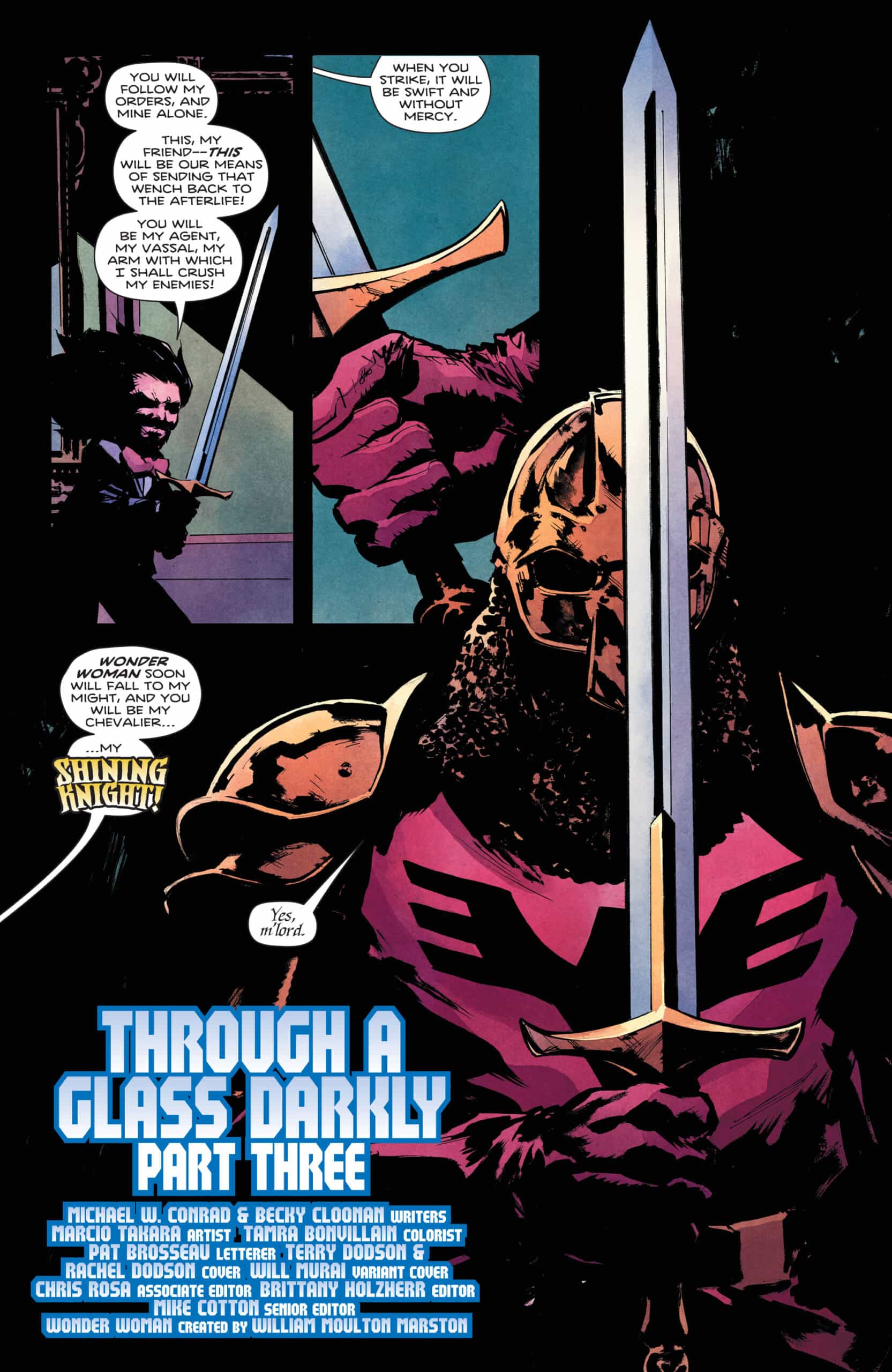 Now to say that there wasn’t any development to the Image-Maker would be a complete lie, it feels as if CloonRad are gearing him up to becoming a reoccurring nemesis after the arc’s finished, and I’m perfectly okay with that. There’s just something about him that makes it feels like he’s a Bronze Age throwback, yet completely modern, and I like that about him. I’m expecting to see the layers these two are going to peel away to give us a character with a deeper meaning than just what’s on the surface. They did it with Janus, and it made for an absolutely exquisite first arc villain, and will make a very welcome addition to Diana’s rogues. 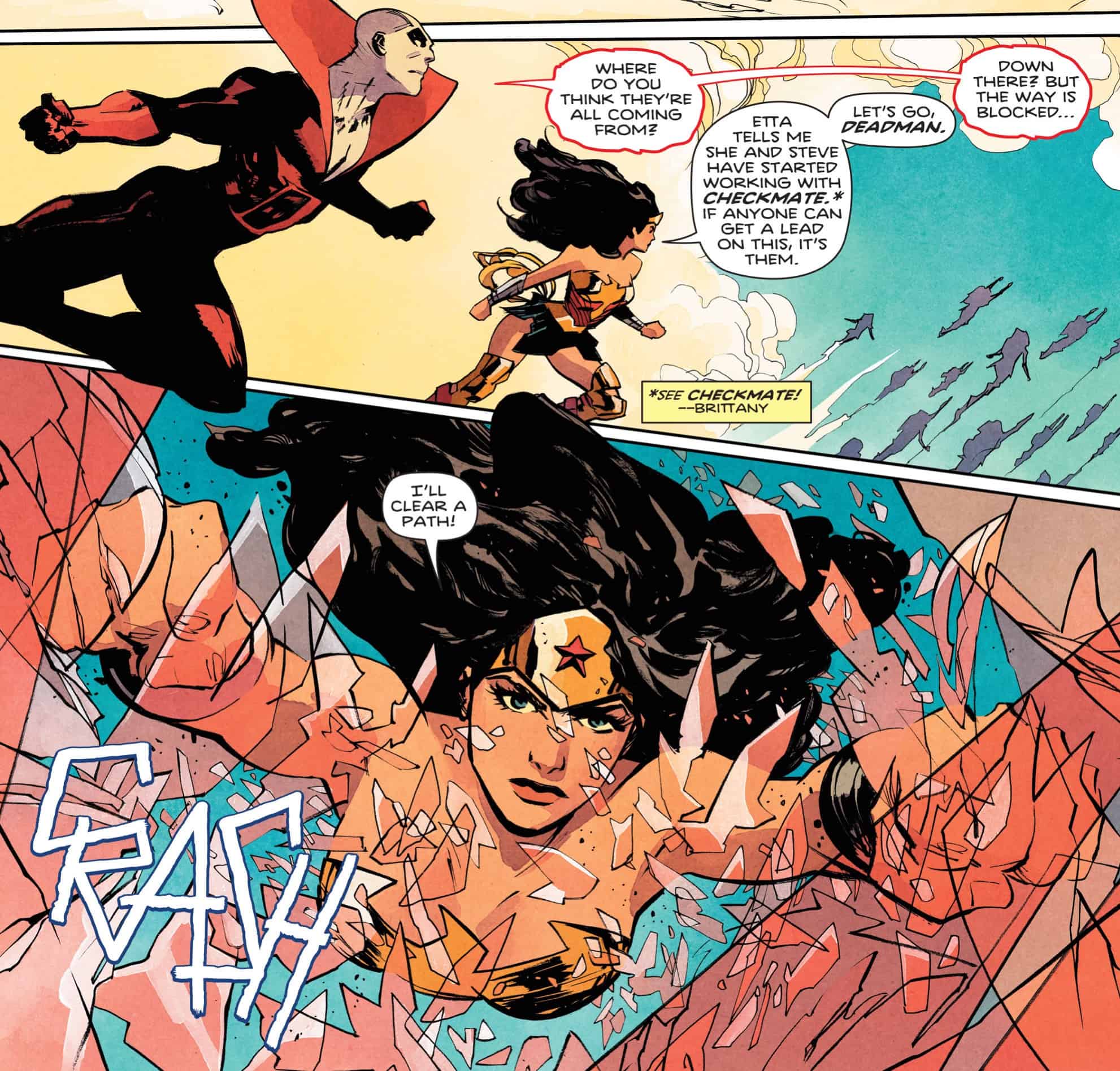 Marcio Takara is providing the art for this arc, and I love it. His style is quite a departure from Travis Moore, but it’s no less dynamic than Moore’s. The characters evoke motion and fluidity. These aren’t characters stuck in amber, just there to pose, and make faces. They’re punching, and slashing, flying, and shattering. CloonRad also seem to be giving us a story that’s complimentary to Takara’s style, and it adds to the arc.

The backup by Vita, Skyler, and Romulo continues to help set the stage for the upcoming Trial, but also continues to develop Artemis, and the Amazons from Bana Mighdall, which has been a real treat. DC’s output of Amazon related material over the last few months has done so much to enrich the world in which Diana and her sisters live. It’s a tragedy that Wonder Girl has been cancelled. We’re not used to seeing Wonder Woman legacy related characters gain their own series, and with Yara’s title ending, it’s just an unfortunate fate for the Wonder fandom.

We’re into the second arc of the brand new creative team, and instead of resting on their laurels, are continuing with the subplot involving Cizko, who is utilizing him, and what his plans are for Diana, while also giving us a new villain that’s capable of causing lots of damage, not only to the innocent bystanders, but to Wonder Woman, and her place in the world.

Vita and Skyler continues world building while setting the stage for the big storyline that’s going to have a huge impact not only in Diana’s world, but the greater DC Universe as well.

Wonder Woman #783: My Whole Life Has Crashed, Won't You Pick Up the Pieces