Wonder Woman #784: The Master of Mirror-World 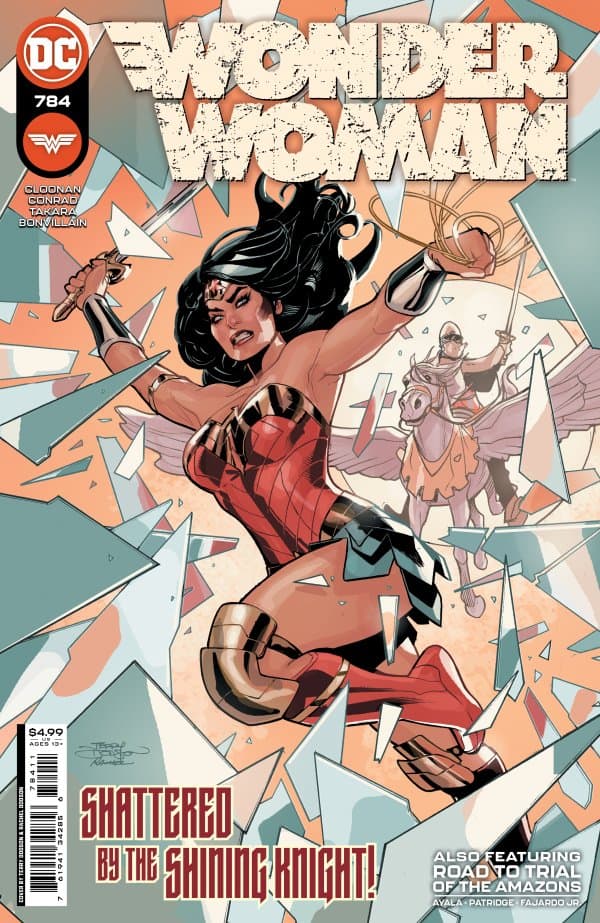 Wonder Woman versus the Shining Knight? As our hero seeks to stop the Image Maker, this warrior reveals his true intentions. But is he friend or foe? If Diana wants to save the world, she’s going to need all the allies she can get! Then, in our backup story, a plot to overthrow the Themyscirans simmers as Queen Faruka II plans to resume her rightful place among the Amazons.

Wonder Woman by Becky Cloonan and Michael W. Conrad continues to be one of the best female-led titles out there. We see Wonder Woman facing off against the duplicitous Master of Mirror-World, the Image-Maker, plus find out the Shining Knight’s identity AND see one of Wonder Woman’s classic villain teams return with a vengeance. For such a short read, this issue had so many pivotal moments that will open lots of possibilities for story beats in the future.

The quickest way to my heart is to revitalize a classic, obscure villain, and Michael W. Conrad and Becky Cloonan do just that with the Image-Maker. It’s been years since I’ve read his first (and only) appearance in Wonder Woman #134 (1962), and I can’t say he’d be near the top of my list of villains I want to see return. Which is why it’s so delightful that Conrad and Cloonan chose such an oddball to revamp. The Image-Maker is cool, and this updated version is creepy as hell. He also joins Doctor Psycho and the Duke of Deception as manipulative and deceitful male adversaries, a role typically held by female villains in other comic books.

As for the Shining Knight, many of us expected him to be Siegfried, Diana’s ally and lover from Afterworlds. It wasn’t surprising by any means, but I don’t think it was intended to be. Doctor Psycho wanted to use someone important to Diana to hurt her, and it failed. This means Siggy will be around for the long haul, and we will get to see how an ancient warrior deals with the modern era. It was a massive plot point for both Wonder Woman films, so it works as a general theme for the comics as well. I’m very interested in seeing Diana’s relationship with Siggy develop over the next few story arcs. 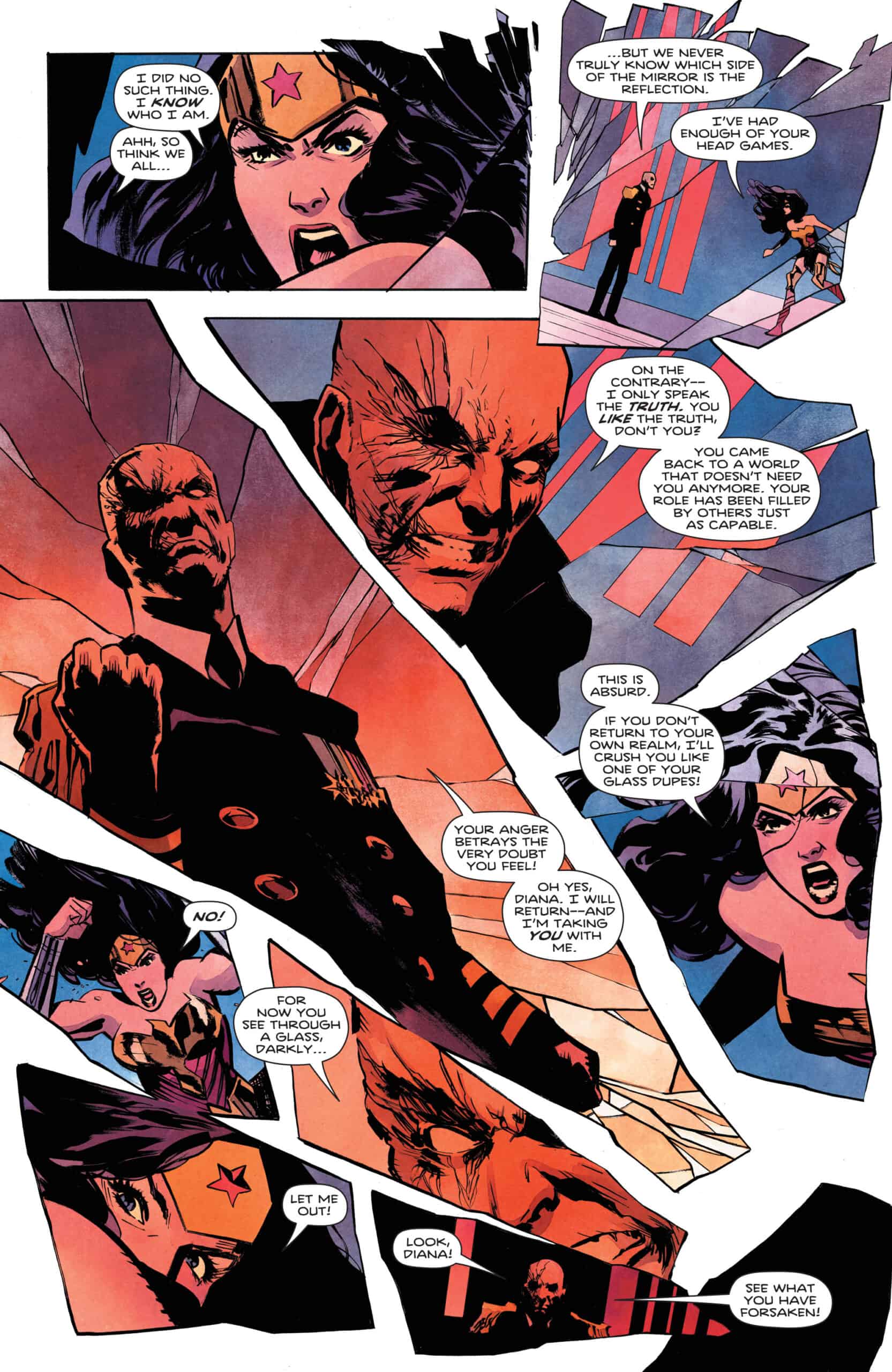 We are ultimately treated to the cliffhanger of the century as Villainy Inc. is back, baby! Villainy Inc. is one of the first supervillain teams to appear in mainstream comics and was comprised of eight of Wonder Woman’s major archenemies from the 1940s: Cheetah, Giganta, Queen Clea, Doctor Poison, Blue Snowman, Zara, Hypnota, and Eviless. These were all women (or nonbinary individuals in some cases) who were somehow wronged by society but were unwilling to seek redemption and learn the ways of love on Transformation Island’s prison. The group has only ever appeared in two major story arcs, with the most recent incarnation appearing in Phil Jimenez’s late 90s run led by Queen Clea (a severely underused Wonder Woman villain in her own right). However, here we have Villainy Inc. supposedly led by Doctor Psycho, though he does mention scoring points with “management”, so it’s possible Eviless, Queen Clea, Cheetah, or someone else is leading the group. I, for one, cannot wait to see how this storyline unfolds. Wonder Woman has so many fantastic rogues, so it’ll be exciting to see who Cloonan and Conrad decide to put on this new incarnation.

Art by Marcio Takara and colors by Tamra Bonvillain are fantastic as usual. There was an issue with the lettering in my copy where Steve and Etta have their speech bubbles swapped that left me a bit confused at first. The backup was quite good, and Skylar Patridge needs more work immediately. However, there’s been so much lead up to Trial of the Amazons that I find myself becoming a little impatient.

Villainy Inc. would've been enough to sell me on this issue, but we also get a fantastic battle sequence between Wonder Woman and the Image-Maker. We also learn the identity of the Shining Knight. All before Diana leaps head-first into the Trial of the Amazons! The future is bright for our amazon princess.

Wonder Woman #784: The Master of Mirror-World