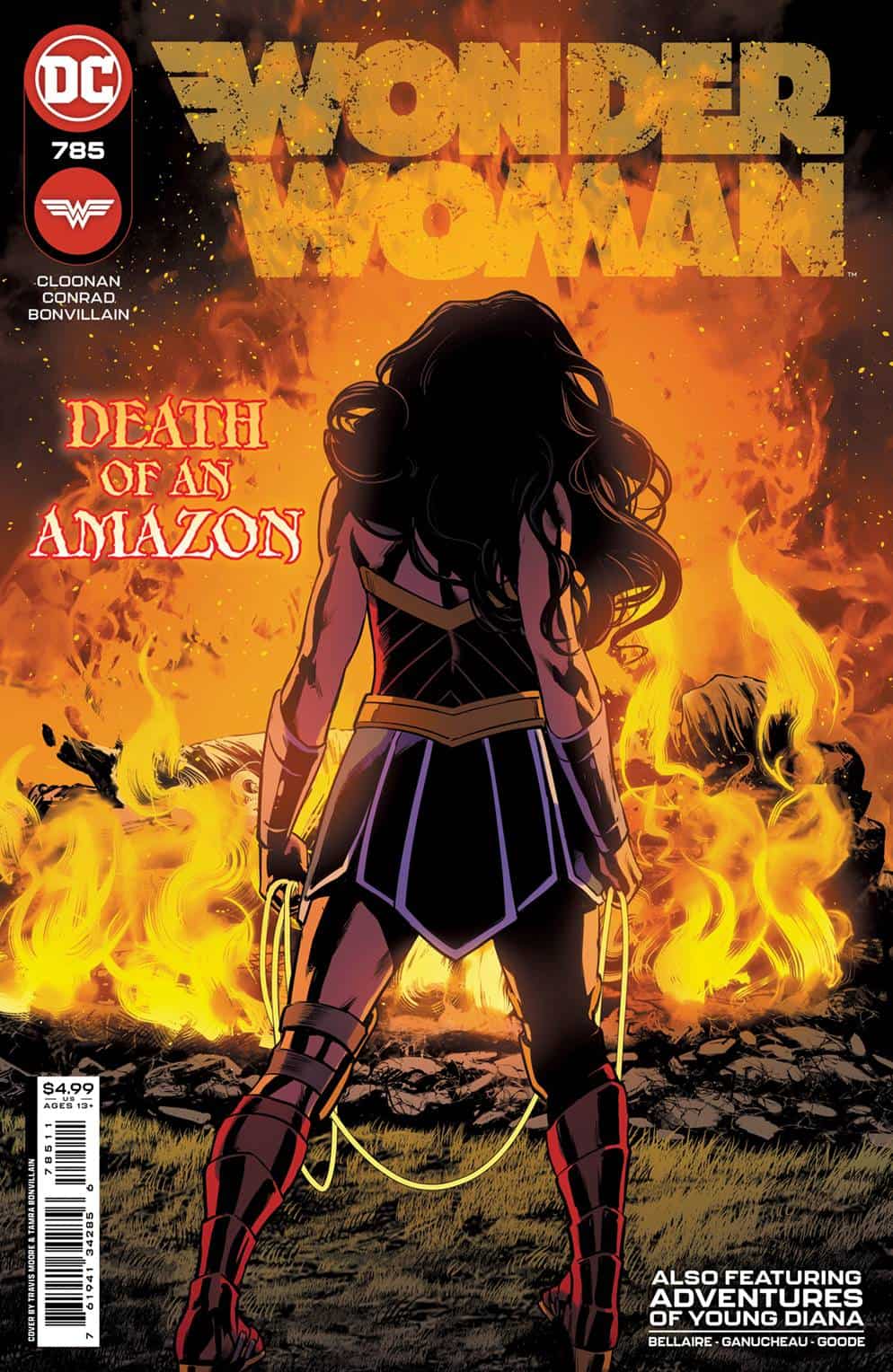 Trial of the Amazons part III!

After the death of one of the Amazons’ own, Diana has decided to take matters into her own hands and use her Lasso of Truth to find the murderer. As the island’s attention turns to the Contest at hand, our hero fights back against tradition to make sure justice is served. But one Amazon stands in her way…Queen Nubia? Plus, a new adventure of young Diana!

The trial grows ever closer, and while the disparate tribes look to elect their champions in the upcoming Contest, of which the stakes are incredibly high, the outcome will determine who is the Amazons champion and their ambassador to man’s world. The issue moves the plot along, and gives us a couple mysteries as the countdown to the big hullabaloo that will crown the next “Wonder Woman”, as the official coronation of Queen Nubia, where she’ll take her rightful place as Queen of the Amazons after the loss of Hippolyta. But wait til you see who’s going to be competing!

This issue is chock full of the drama, between finding out who murdered Hippolyta, how Medusa was able to escape from Doom’s Doorway, and a heartwarming moment between Diana and Jumpa. We also find out the champions from each of the tribes of Amazons who will be performing in the upcoming contest, which I will not lie to you, there are a couple choices that made me jump with glee. One of which I had to DM one of the authors to express my excitement. One of the most touching moments was watching the Amazons have a ceremony to pay proper respects to Hippolyta as she makes her journey to the Elysian Fields (see: Greek mythology and where the Elysian Fields are in the kingdom of Hades/Pluto from the Roman pantheon).

This creative team really gets Diana, and her world. Diana’s voice feels authentic, and you feel the pain she’s suffering from the loss of her mother, especially since it’s been such a short period of time since her own return from bouncing around the Multiverse, while the whole world thought she was dead. You can feel the tension between the various factions of the Amazons, and you have to wonder how they’ll be able to come together to become one big tribe, or will internal drama be too much for them to unite due to adversity? One thing I’m left wondering is, where’s Jason? I understand Diana’s male twin is a rather…divisive topic amongst the Wonder fandom, but he’s still Hippolyta’s child, and his absence is a tad odd. I do believe there’s a lot that can be done with Jason in the greater DCU, he just needs the perfect creative team to bring him into his own.

Rosi Kampe joins series colorist, Tamra Bonvillain, for this arc, and her work here is quite enjoyable. Wonder fans have been incredibly lucky with the artists during this current run. Her style meshes incredibly well with Alitha Martinez’s style, who has been doing the Nubia & the Amazons mini that just concluded last week, so it almost feels like a nice little nod to the artistic continuity. Meanwhile Tamra’s palette just hits the right note for every type of situation this team is putting Diana & the Amazons through, before the Trial truly begins.

In her grief, Diana wishes to use her lasso of truth to figure out who her mother’s killer is, but is checked back to reality by Nubia, who’s objectivity regarding to the situation really highlights how amazing of a character she is. I’m so glad DC has finally given us a team of writers and artists (shout out to the ENTIRE Wonder family of titles) who can see the potential that we fans have seen for decades. Not only this, but what’s going on with Doom’s Doorway? Who wants to break on through to the other side? So many questions that will nag you until the next chapter. This storyline has filled me with excitement, not only for how the Trial plays out, but where we go from here! It’s definitely a great time to be a Wonder fan.