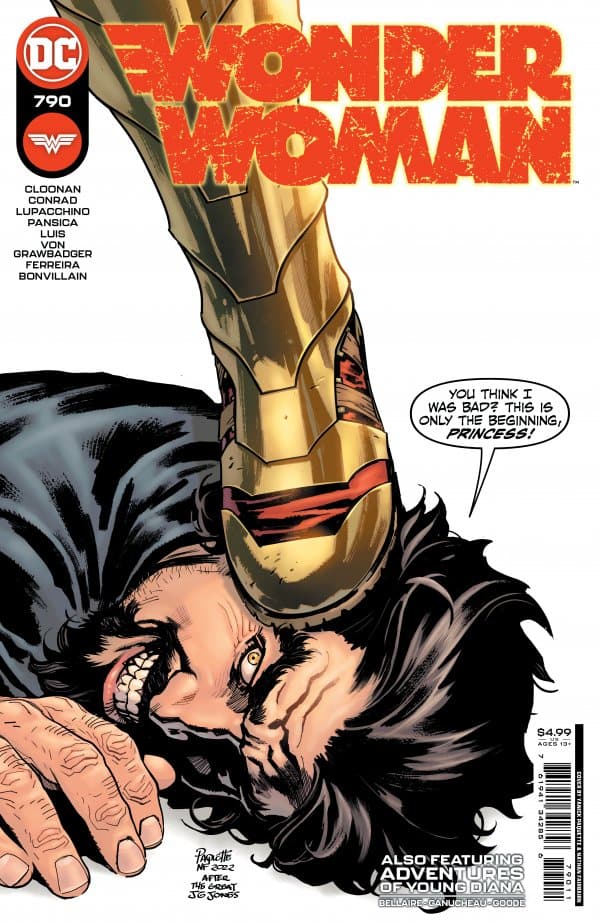 VILLAINY INC. VICTORIOUS?! With all of Diana’s allies down for the count, it’s up to the Amazon Princess to inspire the good in us all and recruit a new teammate from within the corporation’s ranks to help her save not only her friends but the world from Doctor Cizko’s misogynistic mayhem! All this and the continuing Adventures of Young Diana!

The finale of “The Villainy of Our Fears” is here, and it’s quite a ride. With each of Wonder Woman’s allies held captive by Villainy Inc. members, it’s up to the Amazing Amazon to save the day. Or so you’d think. Instead, the writers brilliantly have Etta, Steve, and Siggy step up as heroes in their own right, with each of them shining in battles against their opponents.

It’s Etta Candy who really steals the show, however. A big criticism many fans, including myself, have had with the current Wonder Woman continuity is that Etta doesn’t hold a candle to her fun-loving, sassy “Woo Woo!” Golden Age version. Well, this issue proves Cloonan and Conrad know how to bring elements of classic Etta back to the forefront, and I’m personally so thankful to see it. 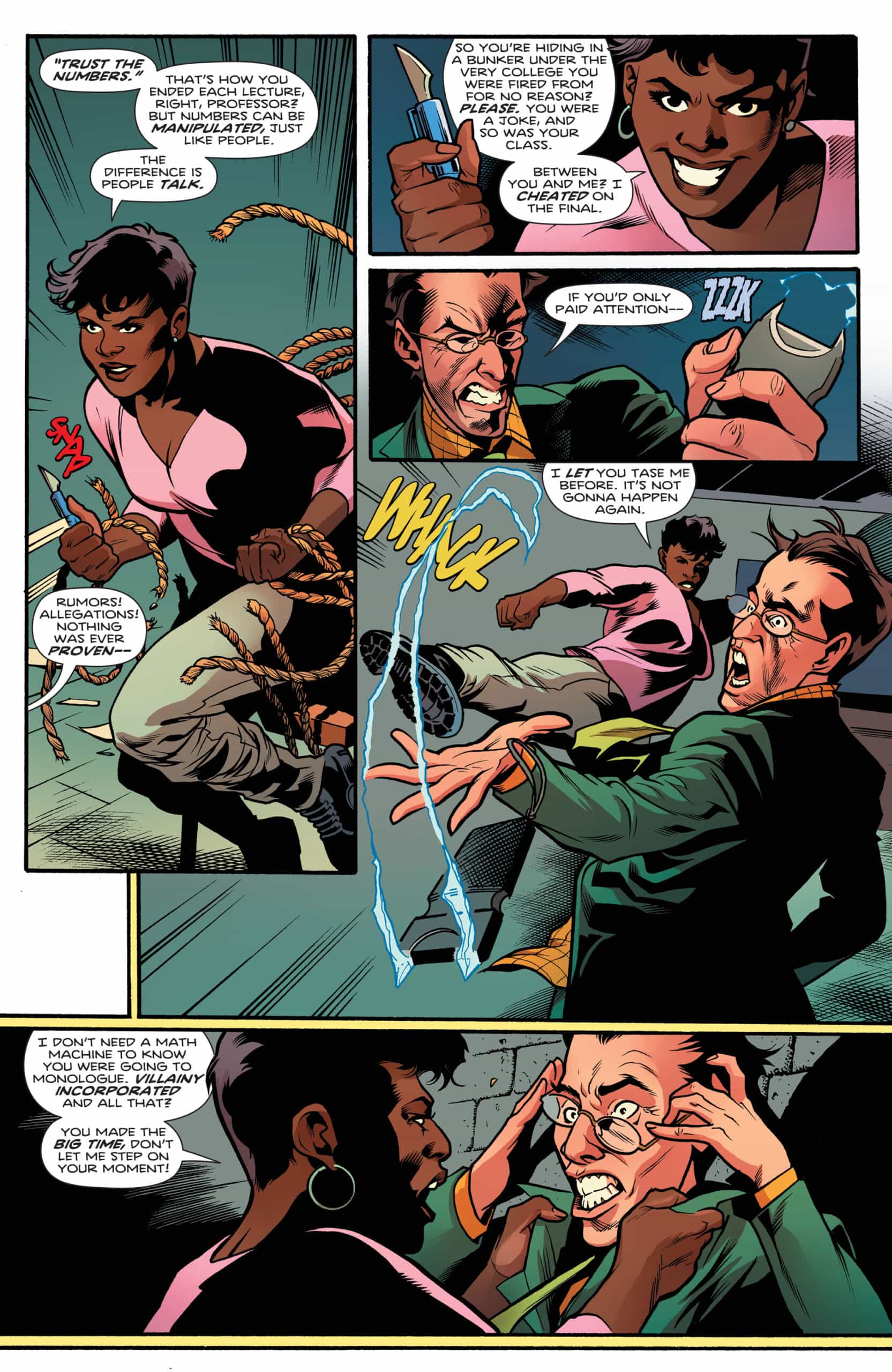 The writers also continue to excel at Diana’s voice, and the final confrontation between Doctor Psycho is a blast. While I do think there could have been a bit more tension in terms of Doctor Psycho’s powers affecting Wonder Woman, it’s great to see the unabashed portrayal of modern misogyny with this version of Doctor Psycho. He mentions “girl-power” and “simps” and “toxic positivity”, and even more dangerously, that he’s ready to become a martyr for his cause. In a way, the tension comes from Diana’s patience to not just demolish Psycho. Also interesting to know that the writers point out that Wonder Woman is the only one in the Justice League who is willing to kill, a theme rarely explored.

There’s setup for future issues with the mastermind of Villainy Inc. revealed (and it’s a shocker, trust me!), but the issue doesn’t end on a cliffhanger which is appreciated. Monthly comics always want to keep up the new and exciting, but I enjoyed the happy ending that Diana and her friends have for now. There was also a deliciously homoerotic exchange between Steve and Siggy that had me cackling.

I’m very excited for next month’s promise of… The Cheetah! A supervillain dear to my heart who, let’s be real, doesn’t have the best catalog of appearances. I have the utmost faith in this creative team to do her justice.

The verdict is in: "The Villainy of Our Fears" is a hit! The creative team continues to deliver some of the best modern Wonder Woman stories in her 80+ year history.